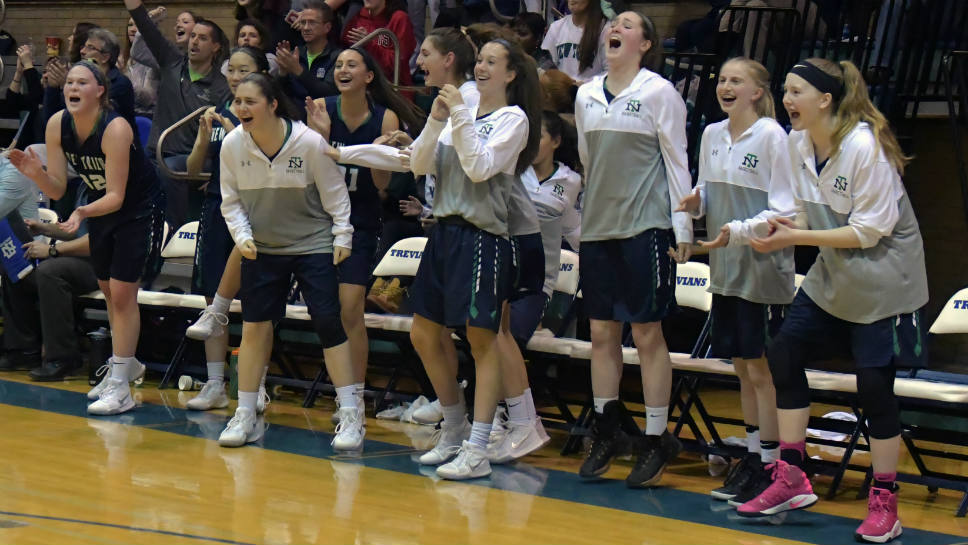 Members of the New Trier squad react to the action on the floor during the regional final. PHOTOGRAPHY BY JUDY FIDKOWSKI

Fast start, fantastic finish.
New Trier’s girls basketball team used that formula against Trinity to capture a Class 4A regional title on its home floor Feb. 15. The Trevians opened the game with an 11-0 run and tallied the last 13 points of the game in a 67-42 victory.
The win avenged an ugly loss in December — in which NT trailed by 25 points at halftime — and secured a sectional semifinal berth against first-seeded Maine West on Feb. 19.
Fifth-seeded New Trier improved to 24-5; fourth-seeded Trinity ended its season with a 19-8 record.
“We used that loss to our advantage,” said Trevians senior reserve forward Jacqueline Vinson, who hit a pivotal trey in the third quarter to halt the Blazers’ 6-0 burst at the outset of the frame and finished with seven points and four rebounds. “Some of us watched game film of that loss in our coach’s [Teri Rodgers’] office during lunch today.
“We knew we had to have a great start. Our start tonight was key, 100 percent.”
Four Trevs finished in double figures in scoring, with junior guard Rebecca Goldman and senior guard Cate Murdock netting 14 points apiece. Senior guard Maggie Murdock added 13 and junior forward/center Taite Ryan had 10 for NT, which led 29-18 at the half.
“Love that,” Rodgers said of her club’s balanced scoring. “I’m so proud of these kids. I told them the team that responds the best if something doesn’t go right would win tonight. We responded well to Trinity’s comeback [Trinity scored the last four points of the second quarter and closed NT’s lead to 29-24 at the 6:05 mark of the third quarter with a 6-0 run].
“We did a great job being resilient, being strong,” the coach added.
Trevians senior forward Nicole Kaspi (5 points) grabbed six of her team-high 12 boards in the first quarter. Maggie Murdock paced the hosts in steals with four and nailed a three-pointer to up NT’s advantage to 53-40 in the fourth minute of the final stanza.
NT didn’t allow a point in the final 4:24 of the regional final.
“So much fun,” Vinson said after snipping part of a net and posing for pictures with her teammates. “I’m so excited.”
Six-foot-2 senior center Alexandria Fanning led Trinity with 19 points — all of them coming after the first quarter. 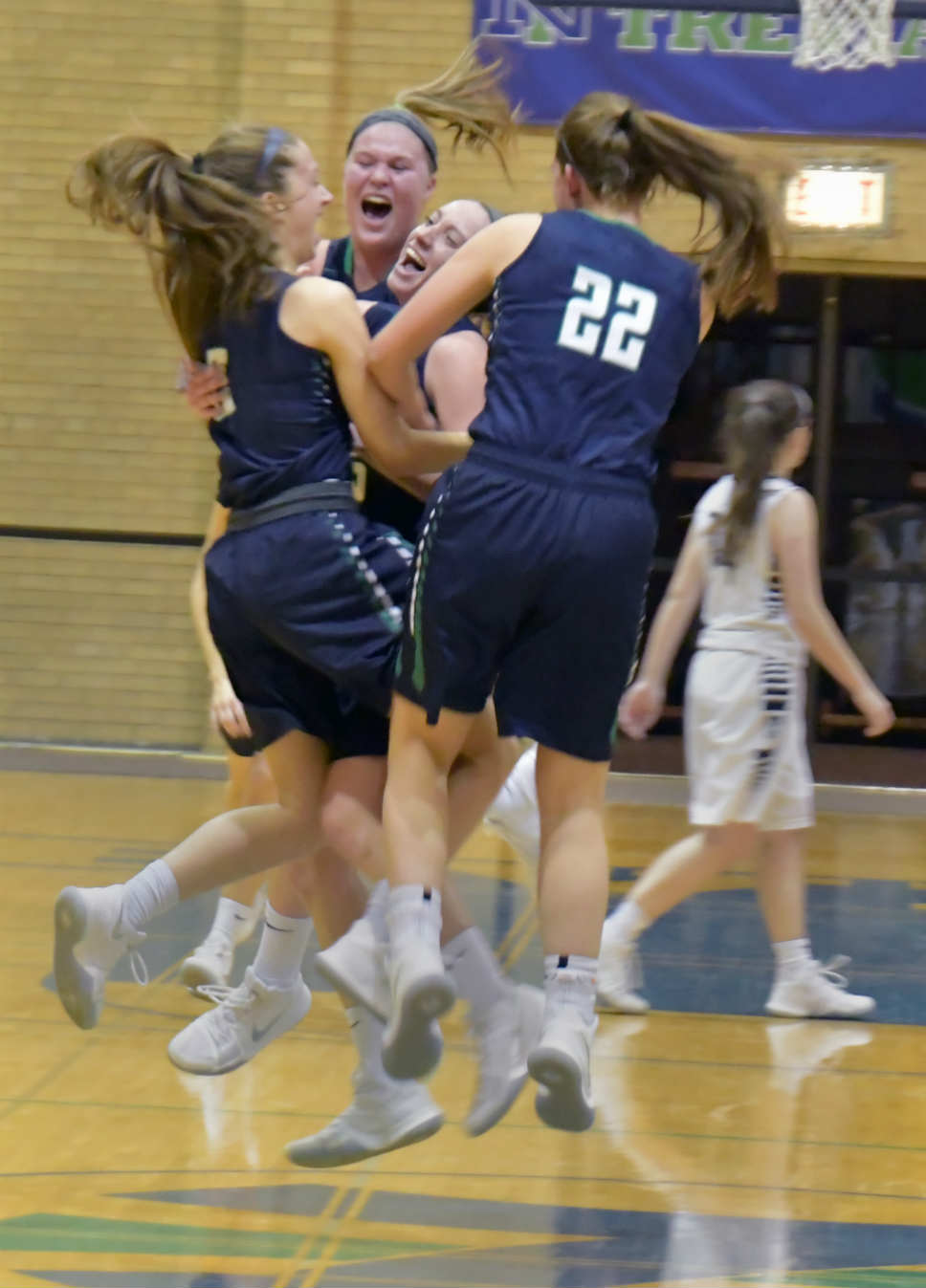 The Trevians celebrate their win over Trinity in the regional championship game. PHOTOGRAPHY BY JUDY FIDKOWSKI 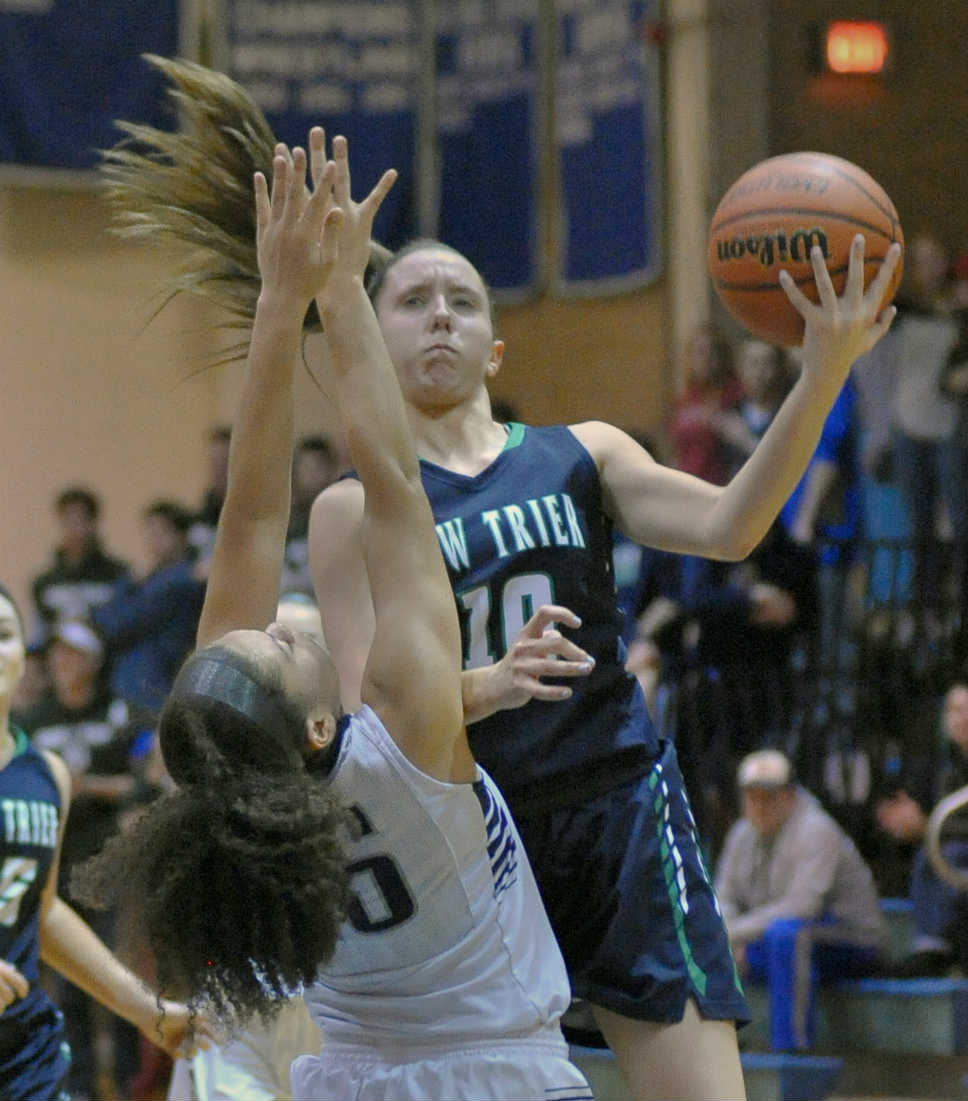 Rebecca Goldman of the Trevians takes it to the hoop. PHOTOGRAPHY BY JUDY FIDKOWSKI 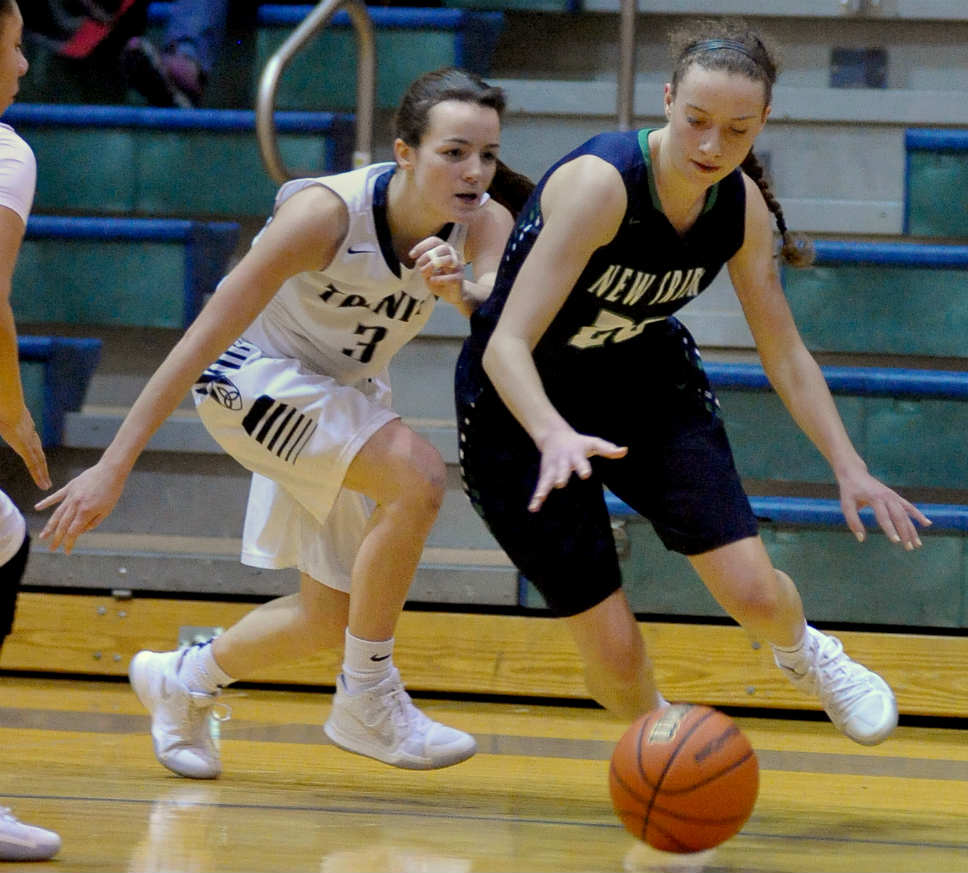 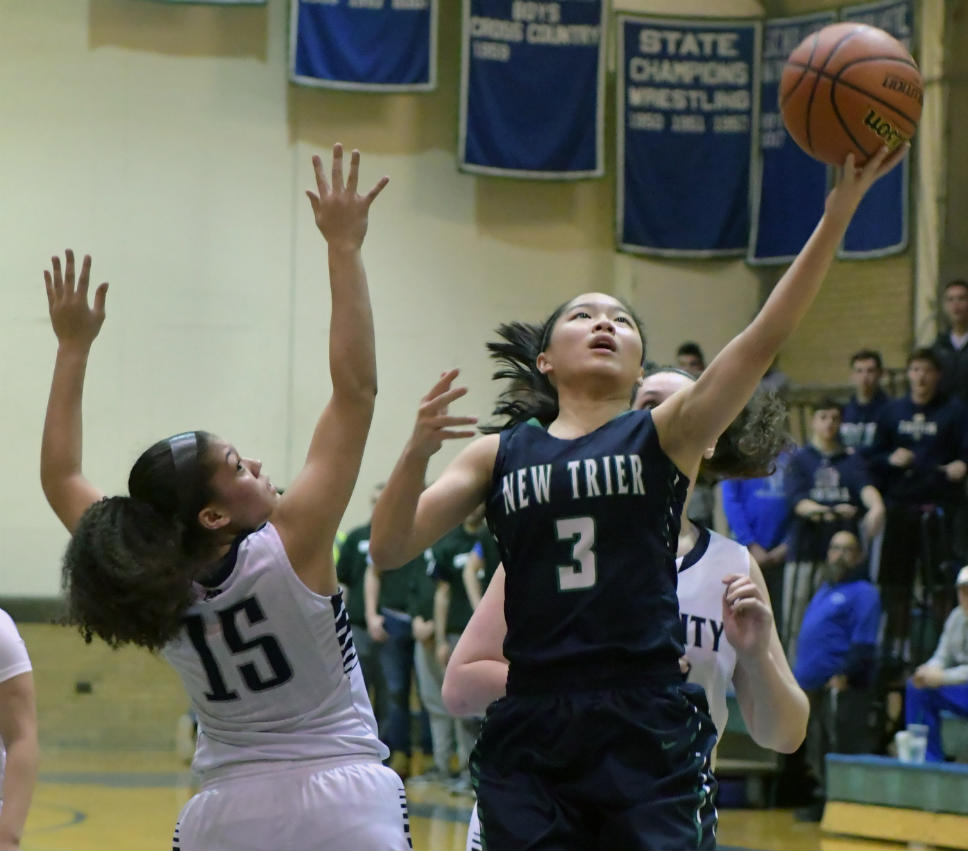 Tinah Hong of the Trevians drives to the hoop. PHOTOGRAPHY BY JUDY FIDKOWSKI