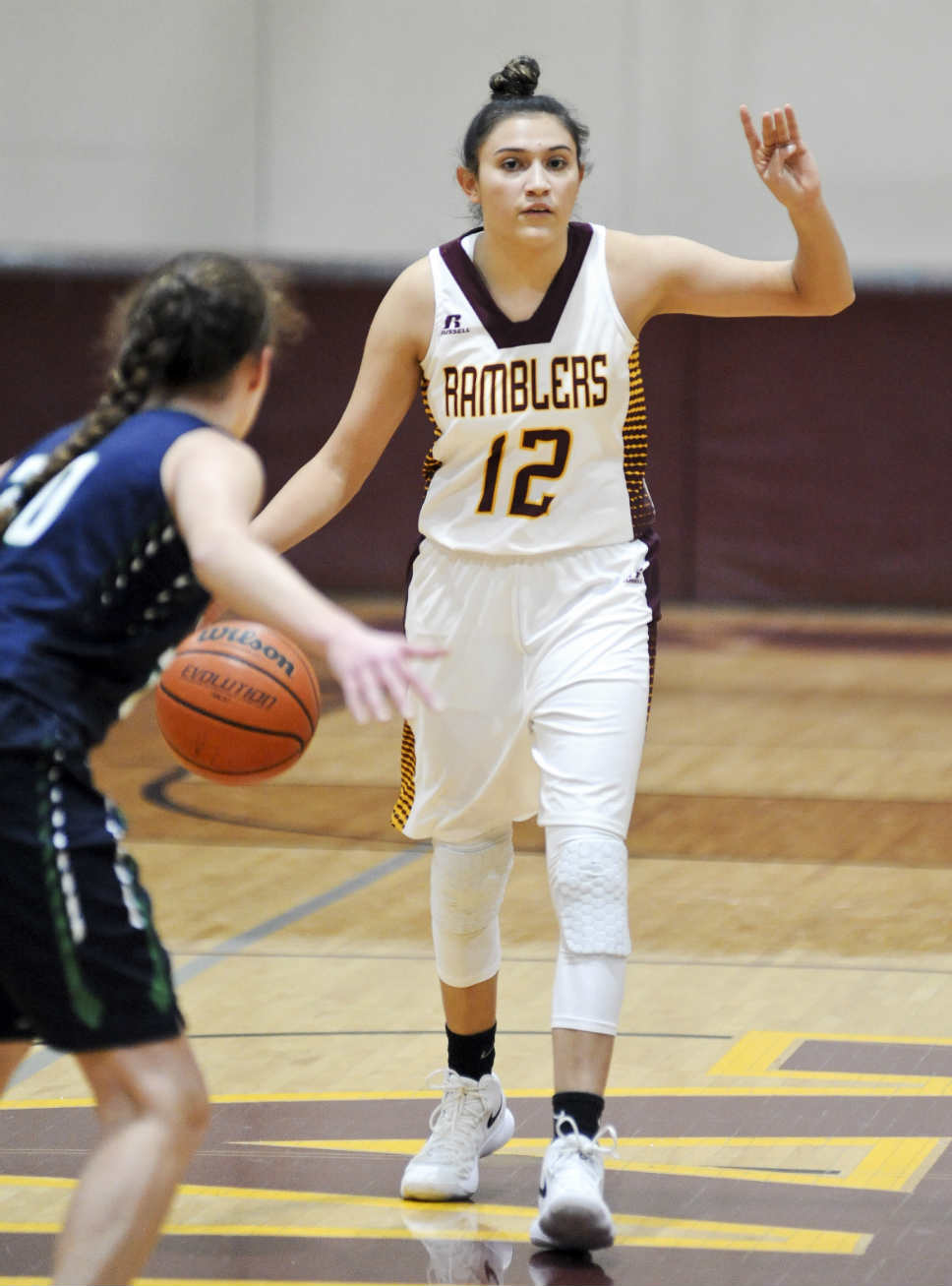 Hop in. Julia Martinez is driving.

The junior point guard clearly was the driving force in Loyola Academy’s decisive 47-31 victory over rival Evanston in the title game of the Class 4A Lane Tech Regional on Feb. 15.

She turned the lane at Lane Tech into the Martinez Expressway and wound up with a game-high 26 points, including 17 in the second half.

“She was a rock star in the second half,” said LA head coach Jeremy Schoenecker. “We handed the keys over to her.

“I told her at halftime, ‘go out and win the game for us,’ ” the coach added.

There’s nothing shy about Martinez. Put the basketball in her hands and watch her go.

And her big bright eyes got even brighter, when she surveyed the possibilities.

“They kept giving me the lane,” said Martinez, who also had 10 rebounds, five steals and three assists. “They were forcing me to go left, and I was ready for it. I practiced all week going left.”

It didn’t start out perfectly for Martinez. She struggled to finish contested layups in the first two quarters.

But that only made her more determined. She eventually got it right.

Martinez converted a three-point play with 3:30 left in the third quarter and added an off-balanced scoop-like layup less than three minutes later to put the Ramblers (24-5) ahead 31-24 with 24 minutes lapsed in this win-or-go-home contest.

“She never stops,” said LA teammate Lilly Wehman. “I love that about her.”

“She doesn’t care when she misses,” Wehman said. “She just thinks about making the next one.”

Which is why Martinez is on her way to playing basketball at the Division I level. She has narrowed her choices down to two: Boston College and St. Louis University.

Wehman, who will play D-1 basketball at Georgetown University, was LA’s other standout. The senior ended up with nine points, nine rebounds and four blocks.

Her two blocks in the third quarter were of the monster variety. She not only batted them away — but she also chased them down.

“Defense is what wins games,” Wehman added. “My job tonight was playing defense and limiting their second-chance opportunities. I wasn’t worried about scoring.”

“I thought Lilly just did a phenomenal job,” said Schoenecker. “We’re a different team when she plays like that.”

Junior Celia Satter also was a factor in the win. She finished with six points — all in the fourth quarter — and pulled down four rebounds.

One of the plays of night occurred on LA’s second possession of the fourth quarter, when Martinez snagged a rebound, faked a shot and flipped the ball inside to Satter for a snazzy assist.

Moments later, Martinez struck on the defense end, when she made a steal near the half-court line and raced down the floor for an easy layup to give her a team a double-digit lead, 35-24, with 6:32 left to play.

That basket basically put the Ramblers in the driver’s seat. They went on to close out the game and earn a berth into the Maine East Sectional, which will be held on Feb. 19. Maine South will be their semifinal opponent.

“To knock Evanston out [of the tournament] is an unbelievable feeling,” said Martinez, noting that the Wildkits eliminated the Ramblers from postseason play in three of the last four years.