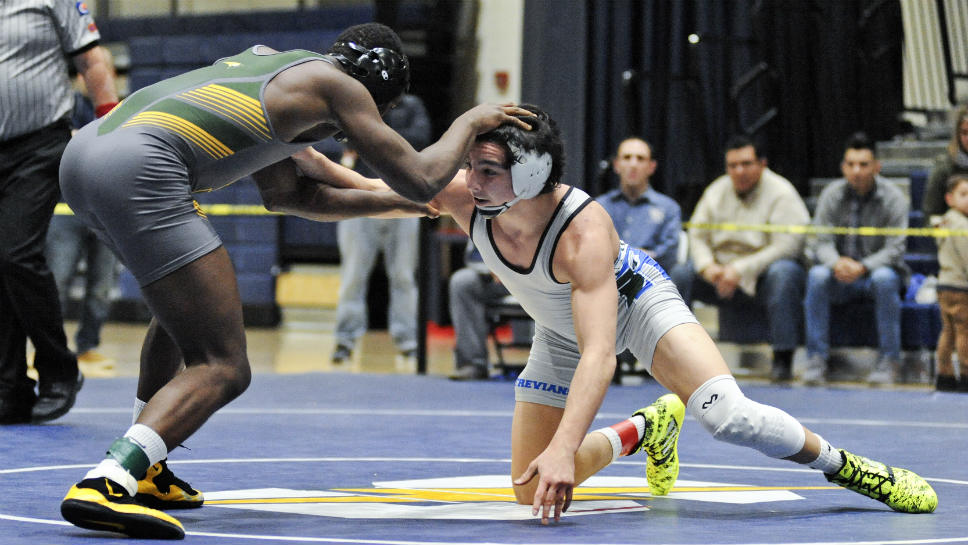 For 12 straight minutes, Marc Tadelman didn’t have to move a muscle.

He could just stay seated.

Ah, the advantages of coaching Patrick Ryan and Jack Tangen.

The New Trier head coach found himself in an enviable position during the finals of the Class 3A sectional at Barrington High School on Feb. 10.

Tadelman didn’t have to leave his chair as Ryan and Tangen competed on the first-place mat in back-to-back weight classes.

This perfect scenario nearly had a perfect ending.

At 145 pounds, Ryan turned in another brilliant performance. He kept his undefeated record intact by downing Fremd’s Cole Riemer 7-5.

Tangen, at 152, went up against the Amazing Markus — Barrington’s Markus Hartman — and wound up on the short end of an 8-1 score.

“Those scores were not reflective of those two matches,” said Tadelman.

Tangen went over the 40-win plateau earlier in the meet by posting victories over Fremd’s RJ Cortez 7-0 and DeKalb’s Christian Komitas 8-1.

The NT senior, ranked No. 3 at 152 by Illinois Matmen, will head to the State Farm Center in Champaign with a 41-2 ledger. He also qualified to state last season at 126 pounds.

“He [Hartman] is very good,” said Tadelman. “He’s very talented at all three positions [top, bottom, neutral]. So give him credit.

“The final score doesn’t show it, but Jack is at his level,” the New Trier coach added.

Ryan entered his title match after recording technical falls against Warren’s Kevin Cupay in the quarterfinals and Zion-Benton’s Martece Smith in the semifinals.

“He only won 7-5 but I thought Patrick dominated the match [against Riemer],” said Tadelman. “It was never close. At no point in the match did I think Patrick would lose.”

Ryan, ranked No. 4 in the state by Illinois Matmen, will take a 44-0 record to state. It will be his third straight trip to Champaign.

“We’re sticking with the plan,” said Tadelman. “Winning two state championships would be the pinnacle. It would be short-sighted of us to think anything different. Is that realistic? I don’t know.”

But they will soon find out.