LAKE FOREST — Want to enjoy the sights and tastes of Havana, Paris, New York, Miami and Chicago without leaving the North Shore? The Gallery in downtown Lake Forest recently opened a new exhibit featuring the street photography of Lake Bluff resident Stephen Butzlaff, which the restaurant will pair with street food and gourmet delicacies from the communities in his photos. The exhibit runs through March 31.

Chef and co-owner Dominic Zumpano, a Lake Bluff resident, designed a menu around the locations in Butzlaff’s collection of 31 photos.

“We’ll have street food to go with the street photography and we’ll take you to Europe,” said Zumpano.

Cecilia Lanyon of Lake Forest, The Gallery’s other co-owner, said she has piloted the concept of pairing art and harmonizing food on the North Shore. An art curator by trade, Lanyon said The Gallery melds food and art for a complete customer experience.

“While enjoying their food, diners can enjoy the vision that is interpreted by the food,” said Lanyon. “It entices all the senses.” 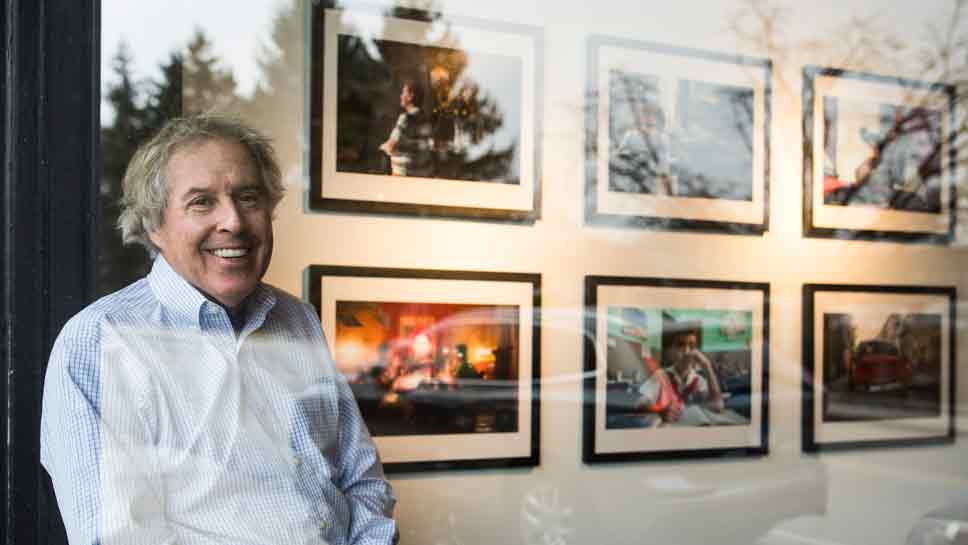 Stephen Butzlaff at his exhibit, “UNVARNISHED,” at The Gallery in Lake Forest. PHOTOGRAPHY BY JOEL LERNER/JWC MEDIA

The photographs are not just something Butzlaff quickly shoots. He said it takes time and patience to capture images of people  engaged in everyday life. He wants each photo to tell a story.

When planning the menu, Zumpano has assembled a combination of selections ranging from New York street food to a dish fit for a discriminating Parisian palate. From New York, he said he has created a unique corn dog.

“I love New York and all the food there,” said Zumpano. “I found some of the best things coming from street vendors. That’s what inspired a version of a corn dog.”

The corn dog is made with a garlic sausage, mustard and kraut. 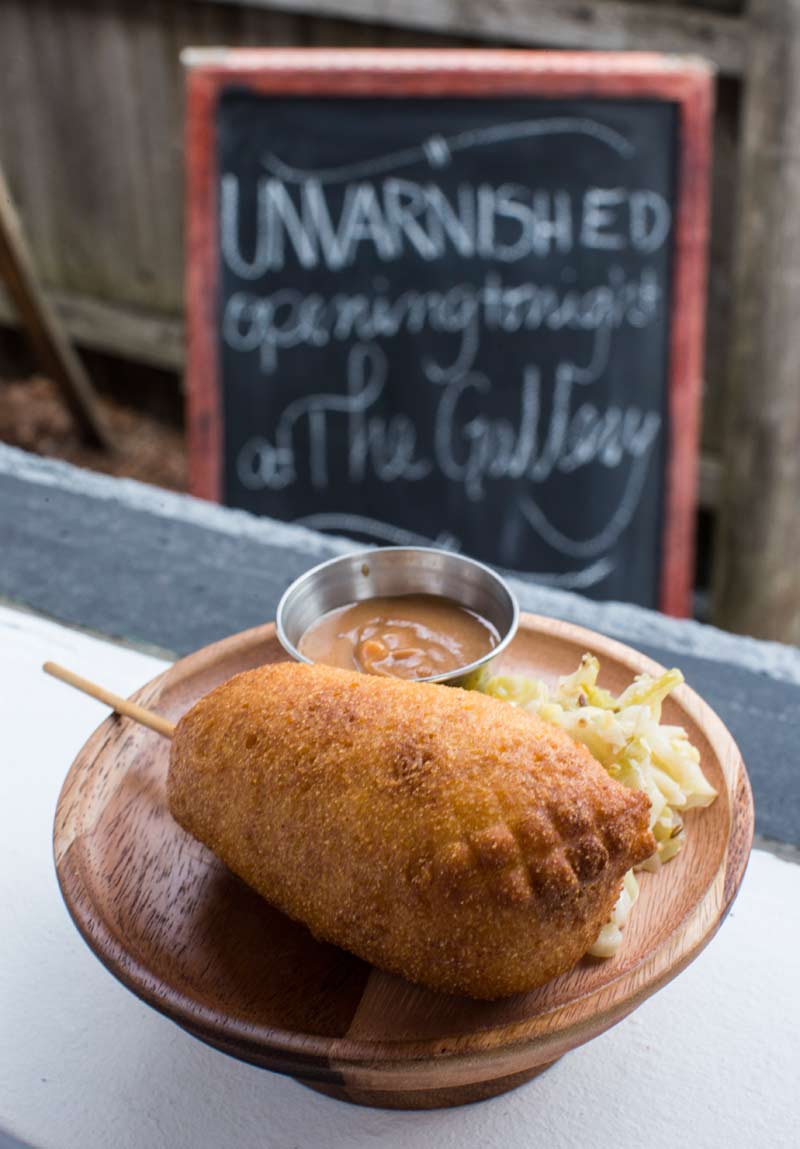 Just as the corn dog is made to be reminiscent of Zumpano’s time in New York, the street tacos are a dish he learned about in Chicago. It is a chicken taco with salsa verde and cheese.

For a taste of Paris, one of The Gallery’s main courses designed to take all of a customer’s five senses to France is a Parisian Gnocchi. Zumpano said it is not the usual potato pasta.

“It’s a flour-based gnocchi with duck confit,” said Zumpano. “There will be hazelnuts, roasted mushrooms and dried cherries.” It is served with butternut squash and pumpkin seeds too.

Pork tenderloin Cubano style provides the epicurean flavoring for those looking at Butzlaff’s photographs of Havana. It comes with black bean relish, mustard and a pickle along with Zumpano’s creativity.

“The pork tenderloin is wrapped in ham and served with plantains,” said Zumpano.

Lanyon said some of The Gallery’s staples like ginger steamed Scottish salmon, braised beef and Zumpano’s black garlic deviled eggs will remain on the menu during the current exhibition.

For those who want wine, beer or champagne with their meal, Lanyon said the choice is infinite. Customers can bring any bottle of wine, champagne or beer they wish and it will be served in stemware for a $5 corkage fee.

“We’re the only BYO in Lake Forest,” said Lanyon. 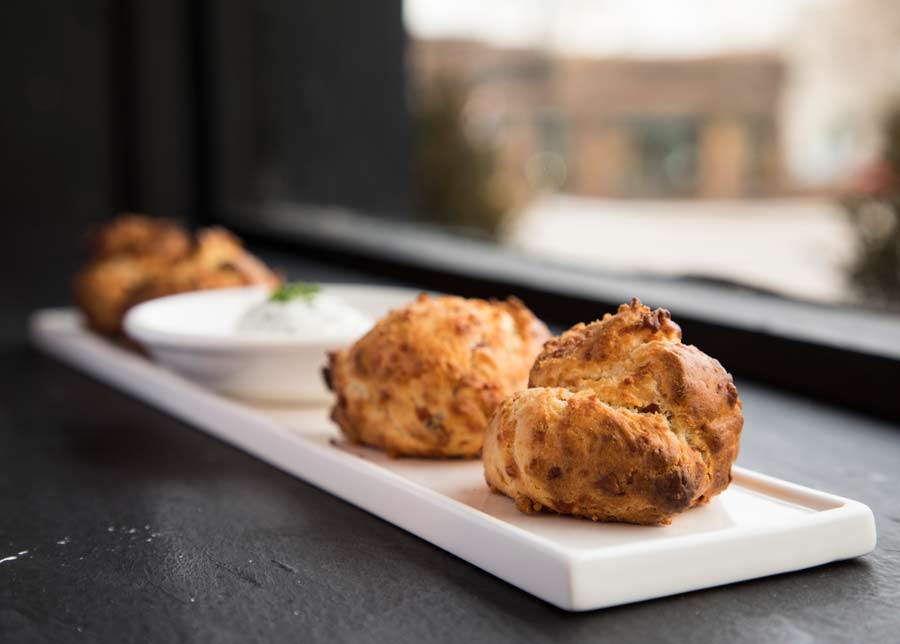 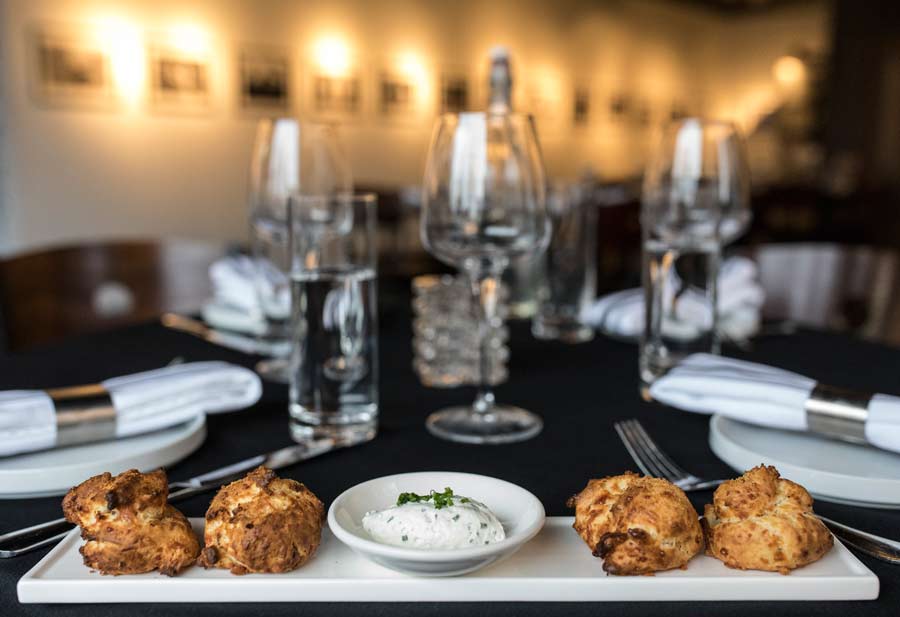 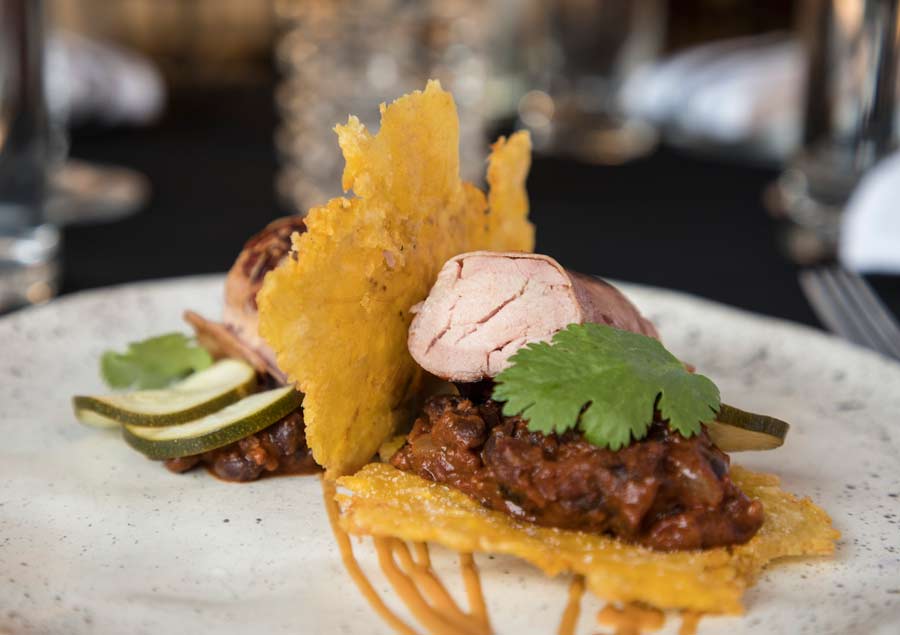 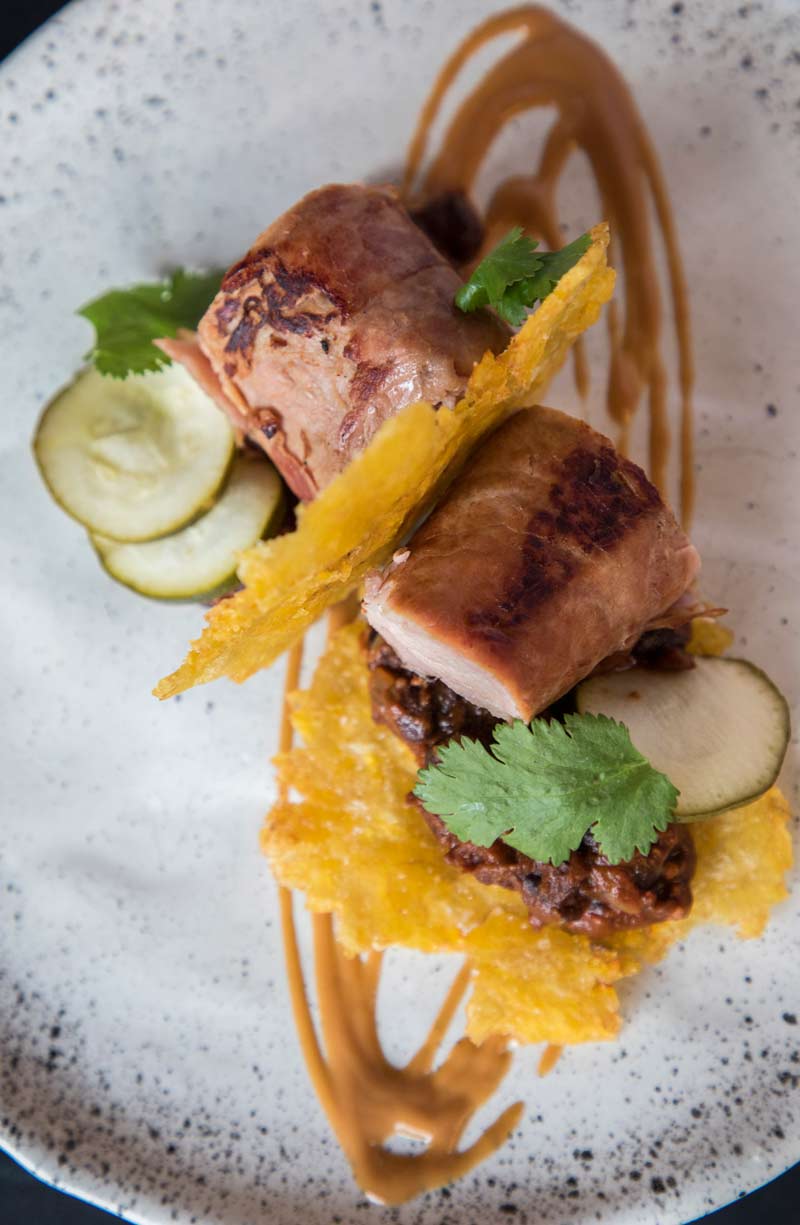 The Gallery is located at 202 East Wisconsin Avenue in Lake Forest. Call 224-544-5961 or check it out online at https://www.thegallerylf.com.