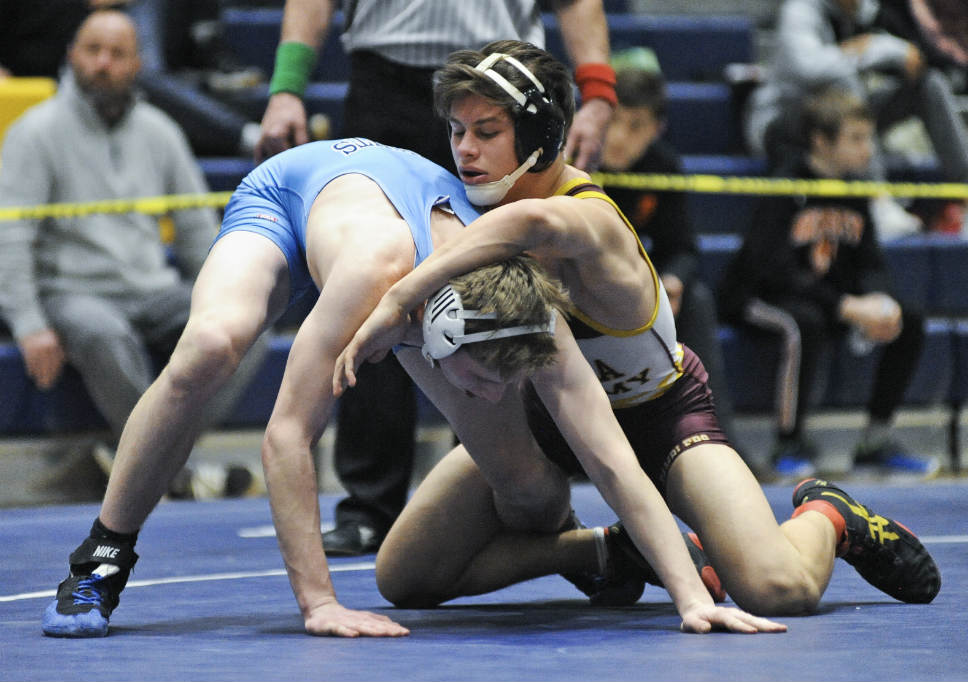 Loyola Academy’s Sean Cloherty (right) works against Prospect’s William Mikes in the 145-pound third-place match at the Glenbrook South Regional. He will attend The Citadel on a ROTC scholarship. PHOTOGRAPHY BY JOEL LERNER

Wrestling is a split-second kind of sport.

You’ve always got to be in a ready position.

Seven weeks ago, at the Rus Erb Tournament at Glenbrook South, senior Sean Cloherty was preparing for a championship match at 145 pounds.

Just then, his cell phone rang.

It was a U.S. Marine Corps major.

The major had some major news for the Loyola Academy wrestler

It went something like this: We want to offer you a Marine Corps Reserve Training Corps (ROTC) scholarship.

Cloherty busted out a smile. And then, he reached for his headgear.

“Getting that call [right then] was pretty amazing,” said Cloherty, who was facing Wheeling’s John Smith that day. “I was riding on that [full ride] scholarship.”

Moving at a fast pace?

He’s energetic, uniquely inventive and wildly entertaining — when he enters the circle.

Maybe, just maybe, a little too revved up.

Smith, a very good wrestler in his own right, took the upper hand early.

And before long, Cloherty found himself in a messy situation.

“He was down 10-0 before he wiggled himself out of trouble,” said Haney.

“And then he ends up pinning the guy,” the LA coach added.

Pure Sean Cloherty. He’s Tom Brady in a singlet. Like the New England Patriots quarterback, he’s a master at turning the tables.

“My coaches and I talk about this all the time,” said Haney. “Sean is never out of a match. Down by 12 points? He’s still got a chance. He can pin anyone at any time.

“Equivalent to a boxer, he can knock you out with one punch,” Haney added.

There’s plenty to back up Haney’s claims.

Cloherty has put together a stellar career with the Ramblers. He owns the school’s all-time wins record (109) and all-time pins record (76). He also owns LA’s record for pins in a single season (26 during the 2015-16 season).

Even on a self-proclaimed off day, Cloherty can be pretty good. He earned a berth to this weekend’s Class 3A Barrington Sectional after beating Prospect’s William Mikes 6-3 in the decisive third-place match at 145 pounds.

“I thought I wrestled pretty bad today,” said Cloherty, who has pinned 24 foes this season, including Hersey’s Nick Allen in the regional quarterfinals.

His heart-breaking match at the regional was actually … a rematch. He lost 5-3 to Wheeling’s John Smith in the semifinal round.

At least, that’s how Cloherty described it.

“Fortunately, I was able to pull through.”

Cloherty, who took second place in the Chicago Catholic League tournament last month, also was a sectional qualifier as a sophomore, while he missed last year’s regional due to an ankle injury.

Meanwhile, growing up in a patriotic family, Cloherty’s love for country is indisputable.

The great patriots — marines — in his life are his role models: his dad, Karl; his uncle, Jason; and his grandfather, Karl Sr.

“Growing up the way I did, you value freedom,” said Cloherty. “I love my country.”

Thus, Cloherty can hardly wait to put his boots on the ground at The Citadel.

But, before he makes his way to Charleston, South Carolina, Cloherty will have take care of some unfinished business at the Barrington Sectional.

And then, there’s that other matter: bass fishing.

The sport has its amenities.

“You get to fish everyday after school,” said Cloherty, with a smile. “The meets not only are competitive, but they’re also super fun.

“And it’s a sport that you can get hurt doing,” he added.

Notable: In addition to Sean Cloherty, Quinn McCarthy also will represent Loyola at the Barrington Sectional. The senior (22-9) earned runner-up honors at the Glenbrook South Regional. He recorded a technical fall and a pin before losing 10-0 to Wheeling’s Johnny Quintero in the 138-pound title match. “He’s really come on as a wrestler,” said LA head coach Joe Haney, noting that McCarthy is 22-9 on the season. “He does a good job of taking what he learns in the wrestling room and applying it to his matches.” McCarthy, who also plays football at the school, missed most of the fall season with a broken leg that he sustained last June. … LA’s Aidan McKeag was in the running for a sectional berth. But the junior was ousted from the postseason after being pinned by Prospect’s Gianni Rago in the 132-pound third-place match. He’s a wrestler to watch next season. McKeag, who finished fifth at the conference meet, capped his season with a 34-15 record. 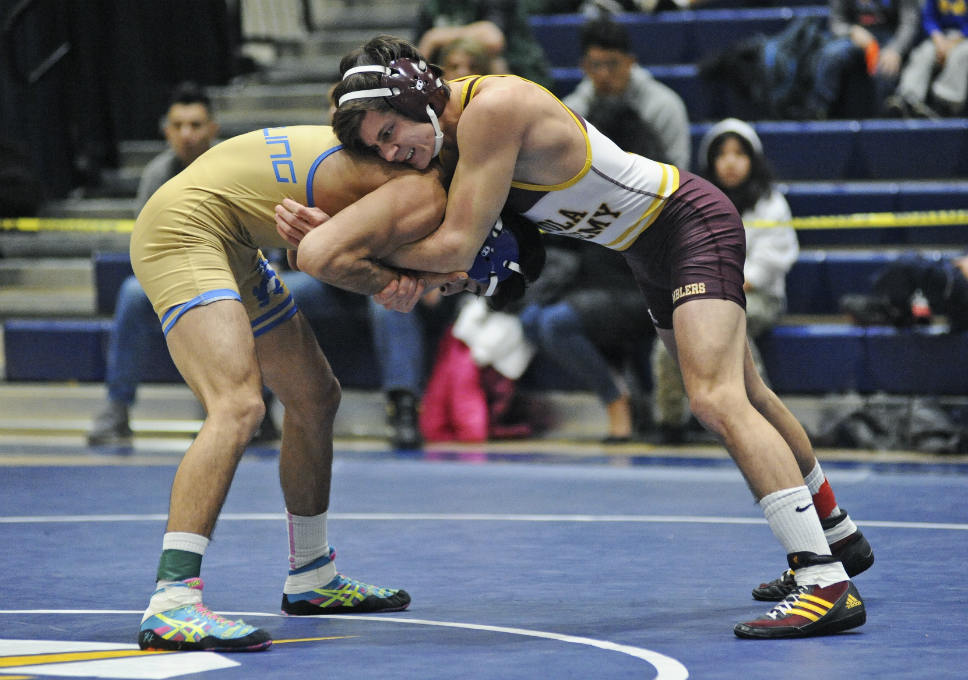