Clusters of frozen snow cleaved to the windshield of my car after a night of alternating snow and freezing rain. It took 10 minutes to de-ice the vehicle, breakfast was sacrificed, and I arrived at Northwestern Medicine Lake Forest Hospital on January 22 just as the Lake County Community Foundation conference was about to begin. While hanging up my coat I commented to an acquaintance that I was starving.

Then I remembered the conference was about poverty.

It’s easy to think you’re starving when life gets in the way of a bowl of oatmeal. And in a town like Lake Forest, one of the wealthiest in the U.S., it seems improbable that anyone is food insecure. You can substitute most North Shore communities into that sentence — Glencoe, Kenilworth, Winnetka, etc.: How could anyone not have enough to eat in suburbs that show up on “Top 10 Richest” lists in Illinois and beyond?

But there are hungry people here: children, the elderly, working parents, young adults. Poverty rates in the Lake and Cook county suburbs of the North Shore as well as in Lake County overall have increased dramatically over the past two–plus decades.

In Lake County the number of poor people grew 151.6 percent to 64,400 between 1990 and 2014, according to Dr. Scott W. Allard, who provided the keynote speech at the Lake County Community Foundation’s Right Now in Lake County conference. He is a professor in the Evans School of Public Policy & Governance at the University of Washington in Seattle. He began studying Lake County in 2008 for the Brookings Institute, and has made a career out of studying poverty.

The Federal Poverty Line is defined as a family of three comprising one adult and two children living on $19,337 a year. A family of that size living on $9,669 annually is considered to be in deep poverty.

Why are more people living in poverty in Lake County and on the North Shore? Dr. Allard said it is likely due to a combination of factors:

Just as there is no single reason for the increase in poverty, there’s not just one way out. One suggestion that came up at the Right Now in Lake County conference: aligning with communities of faith such as synagogues, churches and mosques.

“They are motivated out of faith” to help people, said Dr. Allard. “And they are where people turn in need.”

The Lake County Community Foundation is hosting a live webinar on Friday, February 16 from 9:30 to 11:30 a.m. Click here for information on how to register. Space is limited to 100 participants, but a recording of the event will be available later.

Here are several photos from the Poverty Awareness Day conference hosted by the Lake County Community Foundation on January 22. 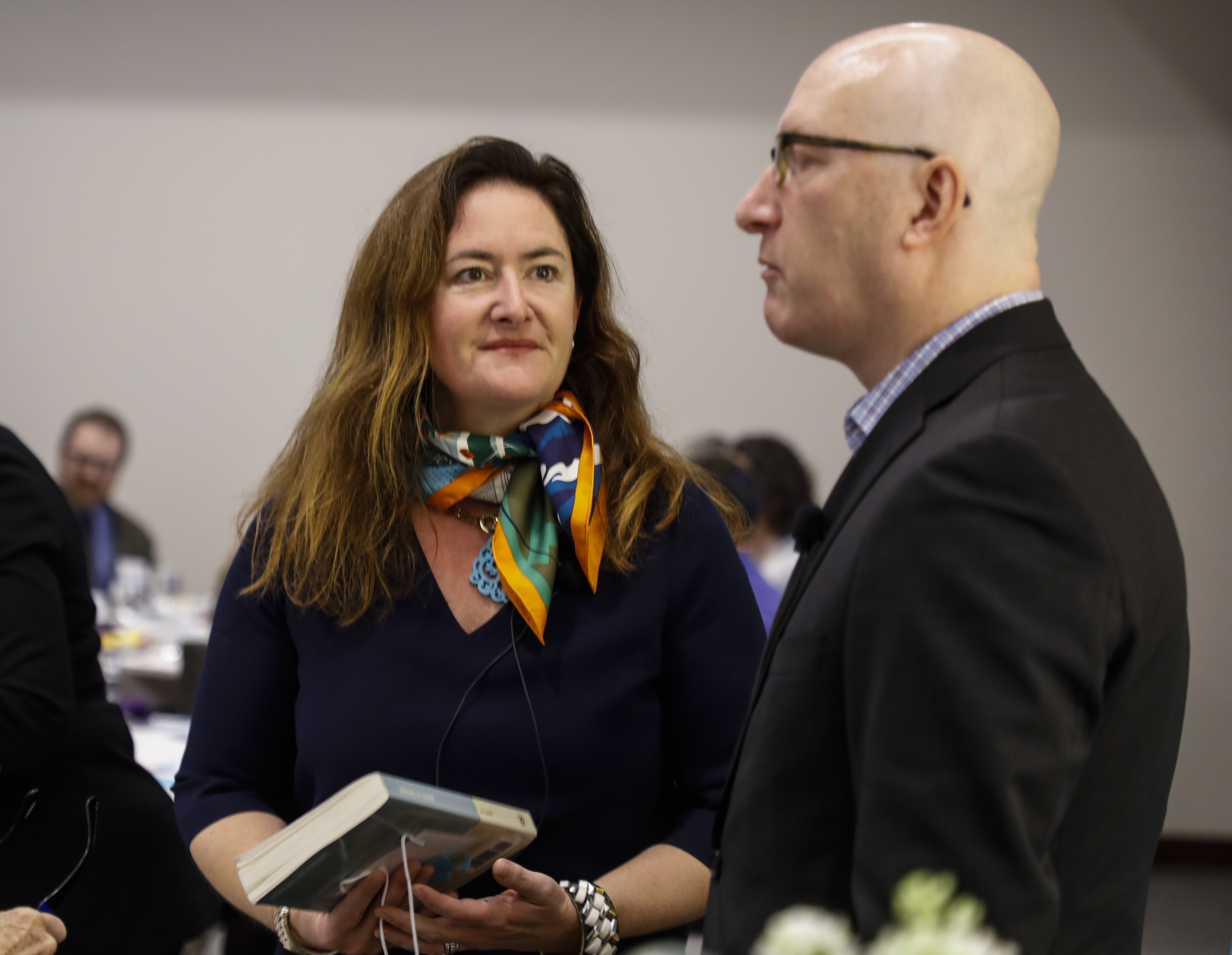 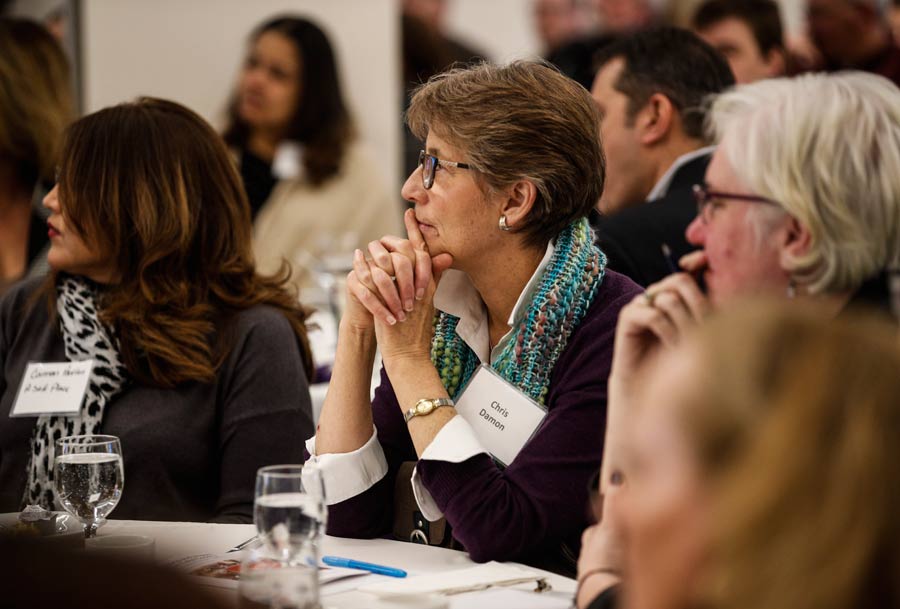 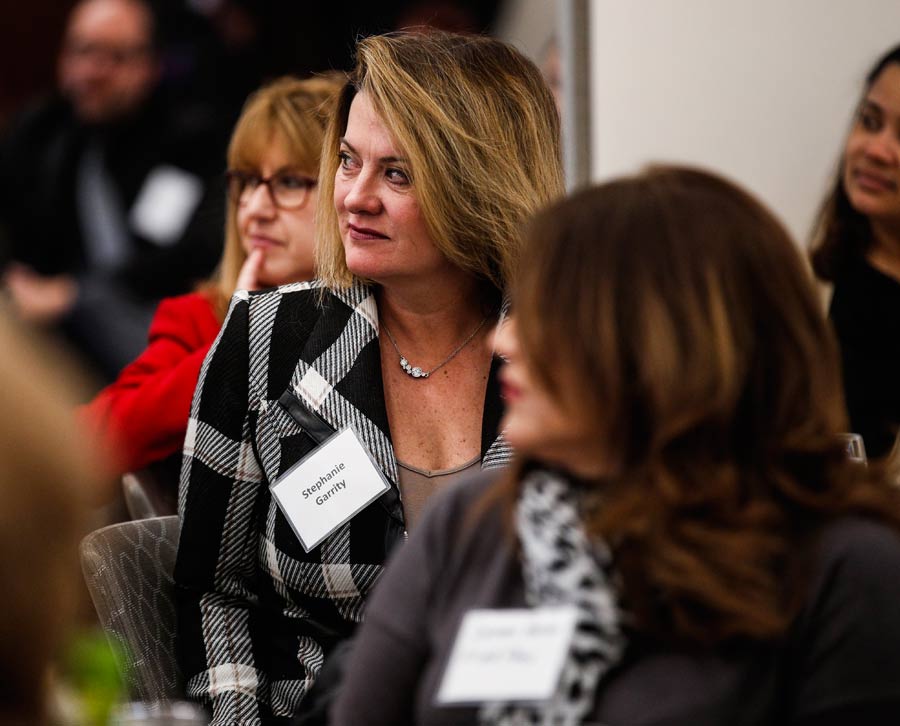 Stephanie Garrity, executive director of Rainbows for All Children. 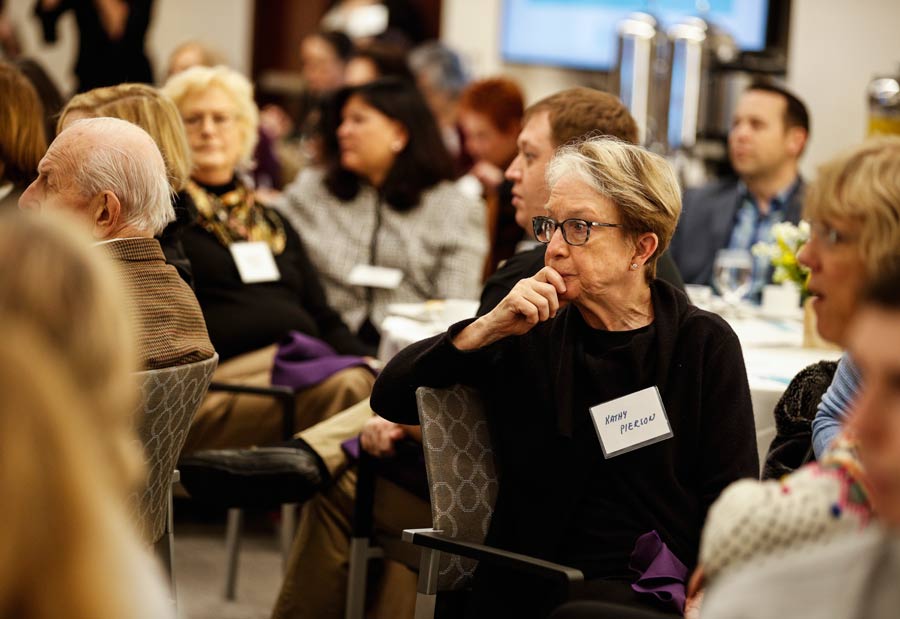 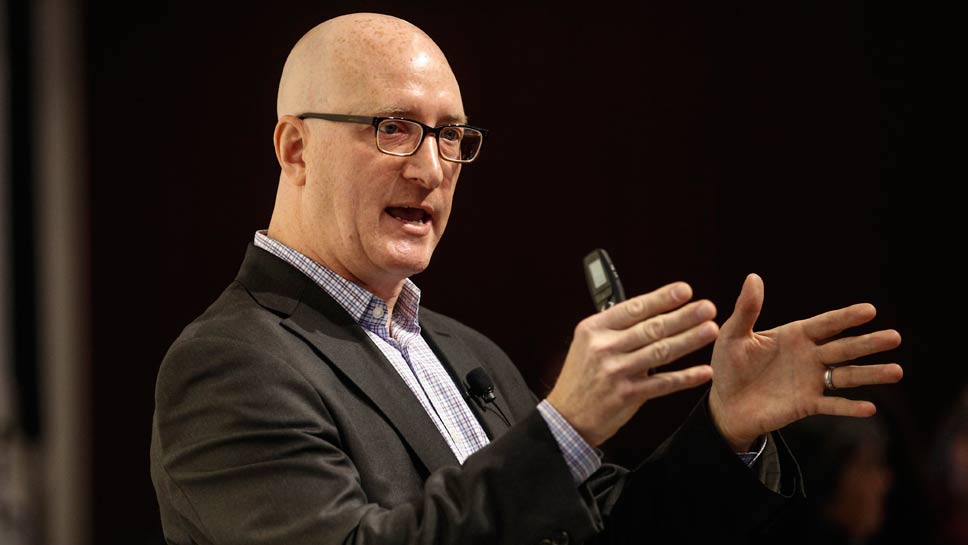 Dr. Scott Allard, a professor at the Evans School of Public Policy and Governance at University of Washington, and the keynote speaker at the Lake County Community Foundation’s Poverty Now conference. 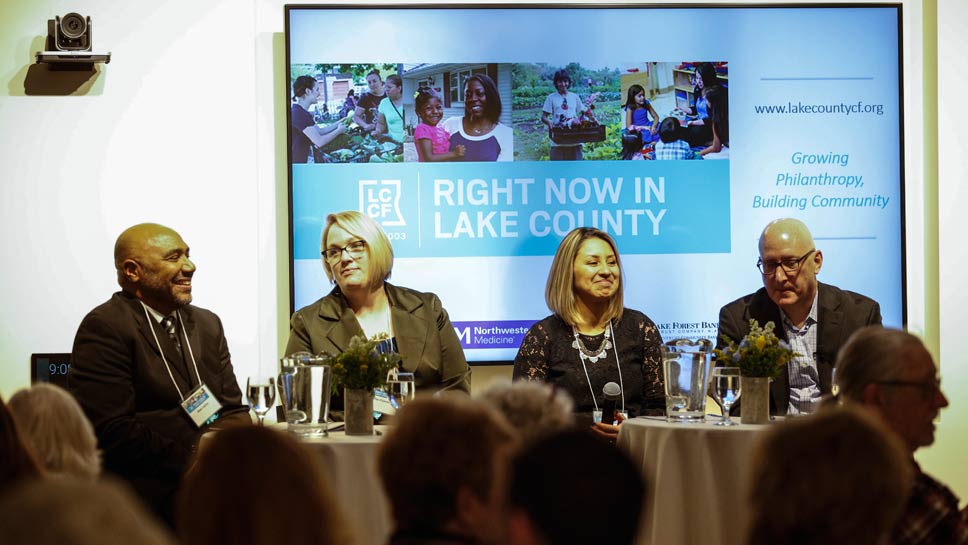