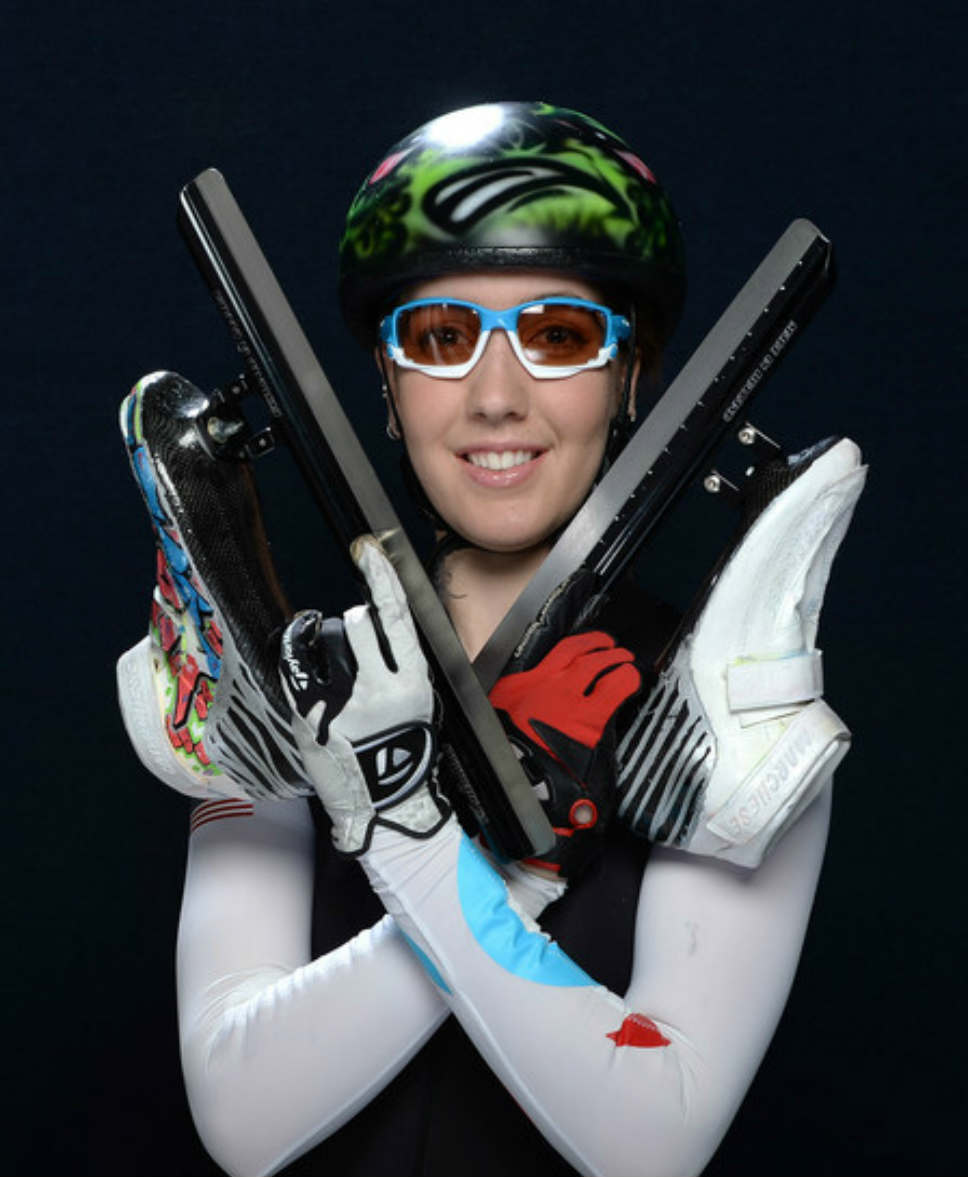 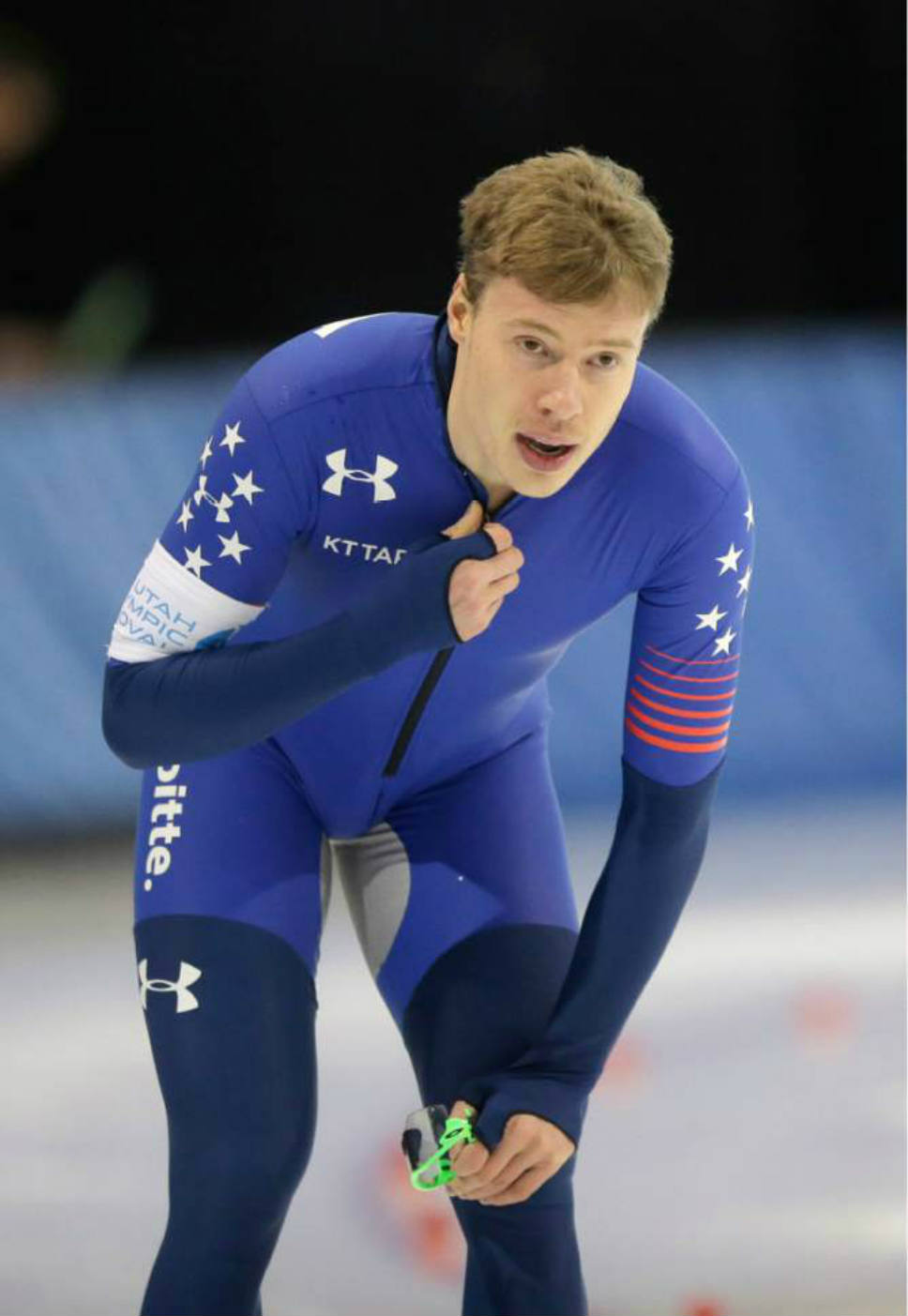 Both are elite speed skaters currently in South Korea, getting ready to hit the ice for Team USA at the Winter Olympics (Feb. 9-25) in PyeongChang.

But only one of them — short track speed skater Lana Gehring, also an Olympian in 2010 — sports a tattoo of a crown. It’s not hard to tell the tattoo is a little bigger than her right ear, because it’s located right above the ear for all to see (Gehring usually shaves most of the right side of her head to display the artwork).

Long track speed skater Brian Hansen, a 2009 Glenbrook South HS graduate, became a three-time Olympian last month at the U.S. Trials in Milwaukee, finishing second in the 1500-meter field with a time of 1:46.64. He collected a silver medal in the men’s team pursuit at the 2010 Games in Vancouver, and he placed seventh in the 1500 at the Games four years ago in Sochi, Russia.

The 6-foot Hansen also qualified to compete in South Korea in the mass start, a debut speed skating event at this year’s Winter Olympics.

“I remember watching an older skater at Northbrook Speed Skating Club (NBSSC),” Hansen said in a recent Q and A with nbcolympics.com. “I couldn’t believe how few strokes he took to get around the rink. Dedicating my life to it came slowly, but growing up in such a [speed skating] hotbed was key to me sticking with it.”

NBSSC Co-President Jeremy King said the number of NBSSC alumni with Olympic experience is “north of 20,” beginning with 1952 Olympian Chuck Burke. King spoke with Hansen at the club on Dec. 26 and found out Hansen plans to stop by the club again after the Games.

“Very down-to-earth, very humble … not at all elitist,” King said of Hansen’s disposition. “One of our skaters went up to Milwaukee (at the Pettit National Ice Center, site of the U.S. Trials) and spent 40 minutes talking about skating with Brian. Always willing to give advice and spend time with young skaters — that’s Brian.

“It’s always exciting around here every four years,” he added. “There’s a lot of good buzz about the Olympics and speed skating in Northbrook. We’re proud of all our alumni.”

The 5-9 Gehring, who also has ties with NBSSC, earned her spot on Team USA at the Trials in December in Kearns, Utah, winning the women’s 1000 and 1500 races. She returned home from Vancouver eight years ago with an Olympic bronze medal (women’s 3000 relay).

Gehring and Hansen are quite familiar with speed skater Shani Davis, a 35-year-old Chicagoan and another NBSSC product; he later developed his craft at Robert Crown Center in Evanston. At the Trials last month in Milwaukee, the two-time Olympic gold medalist in the men’s 1000 (2006, 2010) sped to runner-up honors in the 1000 (1:09.22) to earn a spot on his fifth straight Olympic team.

“I knew Shani Davis before he was famous,” Hansen told The North Shore Weekend in 2014. “Later, it was cool, knowing that I knew the fastest local speed skater.”

Some figures from WalletHub’s 2018 Winter Olympics By The Numbers report:

— $19.6 million: Was spent on cybersecurity and X-ray screening for the PyeongChang Games.

— $4,683: Average price of a weeklong trip to PyeongChang for the Olympics.