LAKE FOREST — Alderman Raymond Buschmann wants his Lake Forest City Council colleagues to discuss how the proposed Amtrak Hiawatha expansion would impact the city. And he wants the discussion to take place sooner rather than later.

Buschmann suggested the council place a discussion about the proposed rail expansion along with other issues of concern to residents on the city’s west side during a regularly scheduled meeting February 5 at City Hall.

Along with the Amtrak Hiawatha issue, which could bring with it a nearly two-mile long holding track between Highway 60 and Rondout north of Highway 176 in Lake Bluff, Buschmann wants the council to talk about the future of the commercial district around Waukegan and Westleigh Roads.

The holding track is one of the things under consideration by the Federal Railroad Administration as part of a request by Amtrak to add three daily round trips between Chicago and Milwaukee, DailyNorthShore.com reported on November 21. The proposal is contained in an environmental assessment awaiting final approval by the FRA.

A decision on the environmental assessment is expected this spring, according to City Manager Robert Kiely Jr. Buschmann said waiting until the decision is made may not be the best course of action.

In December of 2016, then Mayor Donald Schoenheider said the city was considering asking the FRA for a more detailed environmental impact study rather than the assessment before making a final decision on the holding track. The city made the formal request soon after.

Alderman Melanie Rummel wanted to know precisely what issues Buschmann wants on the agenda for a vote. He said he wants a discussion to consider alternatives. Aldermen Tim Newman and Jack Reisenberg expressed concern the issue was something the city cannot control.

“There is nothing we can do right now except authorize an expense for a lawyer,” said Reisenberg. “Legal expenses must be discussed in executive session. Let’s wait for the environmental assessment.”

While Buschmann did not specifically comment on the idea of hiring an attorney to help deal with the possible holding track, he did suggest a discussion of hiring an environmental expert as a possibility.

Alderman Stanford Tack said the discussion Buschmann proposed, particularly on the Amtrak expansion, is more suited to a one-topic workshop session of the council rather than a regular meeting. He did not advocate holding one.

While Buschmann did not rule out the possibility of retaining a lobbyist now to try to influence the FRA’s decision, he said the time for that type of help may be once a decision is made.

“That may be something to do when our Congressional representatives have to consider funding,” said Buschmann after the meeting in a DNS interview. “There’s going to be a meeting for municipalities before the (environmental) assessment is made public. We should go to that,” he added offering a suggestion about what can be done sooner.

When the city hired a lobbyist to help it secure an Amtrak stop at the Telegraph Road Metra station spending $192,000, it caused an uproar. Residents were upset because the expense was not specifically authorized by the council, according to a December 5 DNS story.

That lobbying expense led to the city retaining a special counsel, Leigh Jeter, to investigate all details of the lobbying effort and how to assure such expenses have more scrutiny in the future, according to a January 17 DNS story.

Reisenberg said at Monday’s meeting Jeter will make her first report when the council meets at 6:30 p.m. February 20 at City Hall. 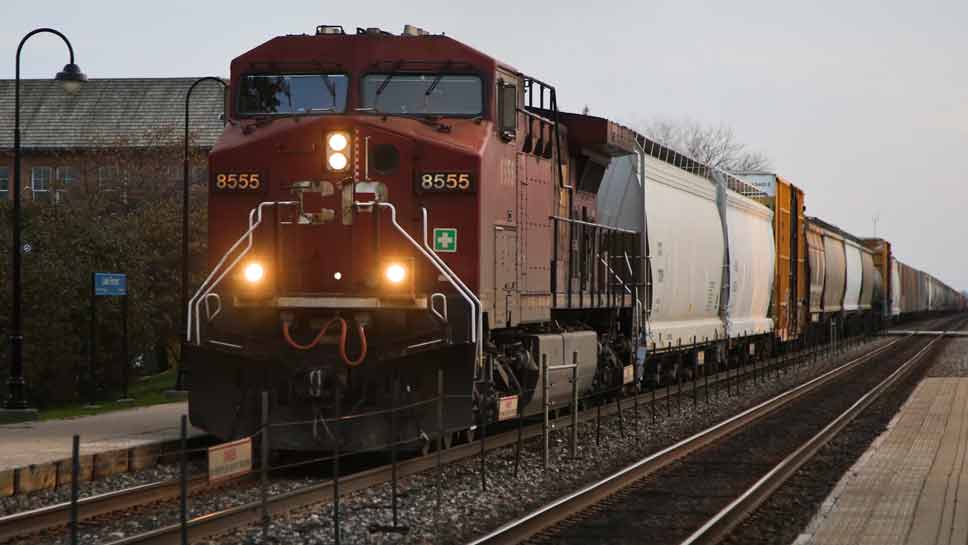 A freight train rolls into the west Lake Forest depot.