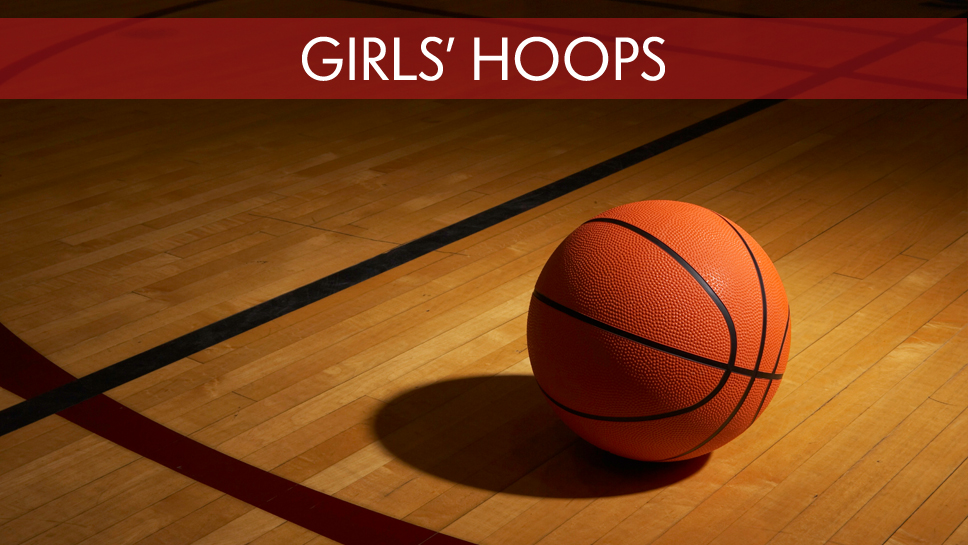 Senior Lilly Wehman hit a free throw with 1.4 seconds left in regulation to give Loyola Academy a 50-49 victory over the host Mighty Macs in the title game of the Mother McAuley Tournament on Feb. 3.

Wehman ended up with 10 points, while teammate Erin Dillon led the Ramblers (22-5) with 11 points.

— The game was even after three quarters.

But the fourth quarter belonged to host Lake Zurich. The Bears outscored Lake Forest 14-8 in the final eight minutes to claim a 40-34 in North Suburban Conference contest on Feb. 2.

— A double double for the freshman.

Finola Summerville came up with 12 points and 12 rebounds to spark Lake Forest to a road win at Libertyville 44-39 on Jan. 31.

— It was a big news Tuesday.

On a night when Loyola claimed its 20th win of the season — a 54-29 decision over De La Salle in the Mother McAuley Tournament — Julia Martinez did something extremely noteworthy: becoming the school’s all-time assists leader.

Not bad for a junior.

The prized guard finished the game with eight assists to give her 510 for her career. She surpassed Laura Sobiesczyk, who finished her illustrious career with 502 assists.

Loyola Academy avenged a loss to St. Ignatius in a big way on Jan. 25.

Six days after falling — by one point — to the Wolfpack in a game held at Wintrust Arena, LA opened play in the Mother McAuley Tournament with a decisive win. The Ramblers cranked up their defense and defeated the Wolfpack 39-17.

— New Trier is on the cusp of another 20-win season.

— For the second game in a row, Glenbrook South scored more than 60 points.

A few nights after falling to St. Ignatius 45-44, Loyola had a one-point game go its way on Jan. 23. The visiting Ramblers edged a solid Maine South squad 39-38 to raise their overall record to 18-5.

— Highland Park is in a good stretch.

Highlighted by Addie Budnik’s 16 points, the Giants earned an overtime win over Zion-Benton 34-30 on Jan. 20.

Loyola dropped a 45-44 decision to St. Ignatius in the Jesuit Cup game at Wintrust Arena in Chicago on Jan. 19. The Wolfpack scored the winning basket with 1.6 seconds left in the game.

Maggie Murdock ended up as the game’s leading scorer with 15 points. The NT senior guard also had four steals.

The freshman put 20 points in the book in Lake Forest’s 63-30 rout over visiting Waukegan on Jan. 19. Trkla finished 9-for-15 from the field and 2-for-3 at the foul line. She also pulled down five rebounds.

— Glenbrook South senior Lizzy Shaw poured in 11 of her team-high 14 points in the second half of the Titans’ 53-36 loss to host Evanston on Jan. 19.

Shaw and senior forward Liz LaPierre each came down with six rebounds.

Junior forward SyAnn Holmes led the hosts with 15 points, with all nine of her points in the second half coming from the free-throw line.

The Trevians improved to 16-5 overall. Libertyville is now 9-10 on the season.

The team’s other scoring leaders included Maggie Murdock (13 points) and Gaby Malnati (9 points). Nine of Murdock’s points came from beyond the arc.

Kristin Ralston and Liz LaPierre led the GBS attack with 16 points each. The team’s other scoring leaders were Libbie Vanderveen (8) and Lizzie Shaw (6).

— Erin Dillon tallied a team-high 13 points to lead Loyola to a 49-42 victory over Geneva on Jan. 13 at the Willowbrook Shootout.

The Ramblers are now 16-4 on the season.

Geneva is the reigning Class 4A state champions.

— Nicole Kaspi had herself a game.

The senior guard, a star soccer player at the school, popped in a team-high 13 points in New Trier’s 47-30 win over Wheaton North in the Willowbrook Shootout on Jan. 13.

— A strong defensive effort keyed Glenbrook South in its 42-36 victory over visiting Niles West on Jan. 12.

The Titans (13-5, 3-3) were paced offensively by Liz LaPierre (12 points), Kristin Ralston (10 points) and Lizzy Shaw, who connected four three-pointers in the second half.

— Loyola was unable to turn back a tough Montini squad on Jan. 11.

— Sydney Ignoffo tallied 19 points and Halle Abrams helped out with 14 points as Highland Park earned a 43-38 victory over host Glenbrook North on Jan. 9.

— Glenbrook South came up short against host Maine South 48-42 in a CSL South tilt on Jan. 9.

— Highlight by the play of Lilly Wehman, Loyola recovered from its four-point loss to Evanston by downing host Fenwick 53-44 on Jan. 8.

Wehman scored a game-high 17 points to go along with five rebounds.

— Trinity got the best of New Trier in a Chicagoland Invitational Showcase at Benet Academy on Jan. 6.

— Ellie Pearson continues to play at a high level.

The Lake Forest junior forward came up with a double-double (15 points, 14 rebounds) in her team’s 50-36 victory at Zion-Benton on Jan. 5. Pearson also had two blocks, two steals and three assists as the Scouts improved to 12-7 overall and 5-2 in the North Suburban Conference.

The Ramblers are now 14-3 on the season.

— Highlight of the tournament for New Trier?

Hands down, it had to be that buzzer beater by Maggie Murdock. The senior guard sank a desperation shot from half-court to give the Trevians a thrilling 47-45 victory over Stevenson in a consolation-bracket game on Dec. 29.

The Ramblers opened the tourney in Florida with a 61-49 victory over Braden River on Dec. 28. And then, after losing to Ursuline Academy of New Orleans 62-57 on Dec. 29, they topped Council Rock North of Newton, Pennsylvania 42-38 in the third-place game.

In the win over Council Rock North, Addison Eberling led LA with a 17-point, five-rebound performance. Celia Satter also broke into double figures with 12 points to go along with three rebounds and two steals, while Martinez came up with nine rebounds, six assists and two steals. Lilly Wehman had seven rebounds.

The Glenbrook South head coach picked up that milestone win in the opening round of the Wheaton North Holiday Tournament on Dec. 26, when the Titans topped Glenbard North 55-30.

In the fifth-place game on Dec. 29, the Titans went up 23-3 at halftime and coasted to a 44-34 win over Bartlett. Liz LaPierre led the team with 14 points. Ralston and Libbie Vanderveen tallied eight points apiece, while Makala Stadler had seven points. Lizzie Shaw had five points, three assists and seven rebounds. The other leading rebounders were Vanderveen (6), Stadler (5) and Ralston (5).

— Glenbrook North competed in the St. Viator Invite over the break and ended up with a 1-3 record.

— Prior to the Naples Holiday Shootout in Florida, Loyola got a chance to go up against the reigning Puerto Rico “State Champs”: Colegio Adianez.

Well, the Ramblers definitely made the most of the unique opportunity.

Highlighted by Julia Martinez (15 points, 10 assists, 9 rebounds) and Celia Satter (14 points), the Ramblers raced past Colegio 55-44 on Dec. 27. It was the first loss of the season for Colegio.

Makayla Stadler was the player of the game. The junior guard tallied 20 points.

— Storming to the finish line.

Lake Forest, which trailed 15-4 after first eight minutes, outscored visiting Libertyville 14-7 in the final frame to post a 35-33 victory on Dec. 14.

Halle Douglass had a big say in LF win. The sophomore guard finished with 15 points, six rebounds and six assists.

Grace Tirzmalis checked in with six points and three rebounds, while Finola Summerville had five points and eight rebounds.

—New Trier scored 14 or more points in each quarter and took down visiting Highland Park 54-39 on Dec. 12.

Ellie Pearson led the Scouts (6-5) with 11 points and nine rebounds.

Ryan led the team in rebounds (6), while Cate Murdock helped the NT cause with five rebounds, four assists and two steals.

— Liz LaPierre came up with 13 points and seven rebounds to lead Glenbrook South to 57-28 victory over visiting Niles North on Dec. 8.

— Loyola Academy extended its win streak to seven games with a 50-42 victory over visiting Trinity on Dec. 5.

It was the first loss of the season for Trinity (7-1).

The 8-1 Ramblers were led by Lilly Wehman (15 points) and Erin Dillon (13 points). Dillon had four three-pointers.

With the win, the Trevians improved to 7-1 overall and 1-1 in the CSL South.

Loyola improved to 7-1 on the season with convincing 51-29 victory over Joliet Catholic in an ESCC/GCAC showdown on Dec. 3.

— Celia Satter came up with another strong game.

Satter also was an offensive marvel in the recent New Trier Thanksgiving Tournament.

Martinez, as expected, also is off to a strong start. A three-year starter, the guard came up with 10 points in her team’s 73-22 win over Phillips on Nov. 26. She had seven points and 15 assists against Harlan, while she also tallied 10 points in the wins over Phillips and Carmel.