The Book Stall was swarming with little girls in princess dresses and sparkly tiaras on February 1, when author of the Fancy Nancy book series, Jane O’Connor, paid the store a visit. That’s fancy for crowded.

Girls lined up clutching copies of Fancy Nancy: Oodles of Kittens, O’Connor’s latest picture book about Nancy, a spirited girl with a posh style who uses complex words to express herself.

While many little girls are drawn to the character’s passion for pink, feather boas and tiaras, others, including parents, seem to like O’Connor’s books because of the tough vocabulary. Fleming Bartoszek from Wilmette was at The Book Stall with her two daughters ages four and two, both of whom were dressed up in full Fancy Nancy regalia:  princess gowns, jewelry and tiaras. Bartoszek said her children love O’Connor’s books, and she likes the message.

“I like that it subtly teaches vocabulary and it also has non-fancy family members so that the girls can feel empowered to be anyway they want,” Bartoszek said.

Kristen Meyers drove all the way from Kenosha to take her six-year-old daughter Julie to the event. Julie is an avid reader who is only in first grade, but reads at a fourth grade level. Meyers attributes O’Connor’s Fancy Nancy books — and her use of complex vocabulary — as her daughter’s inspiration to learn how to read. 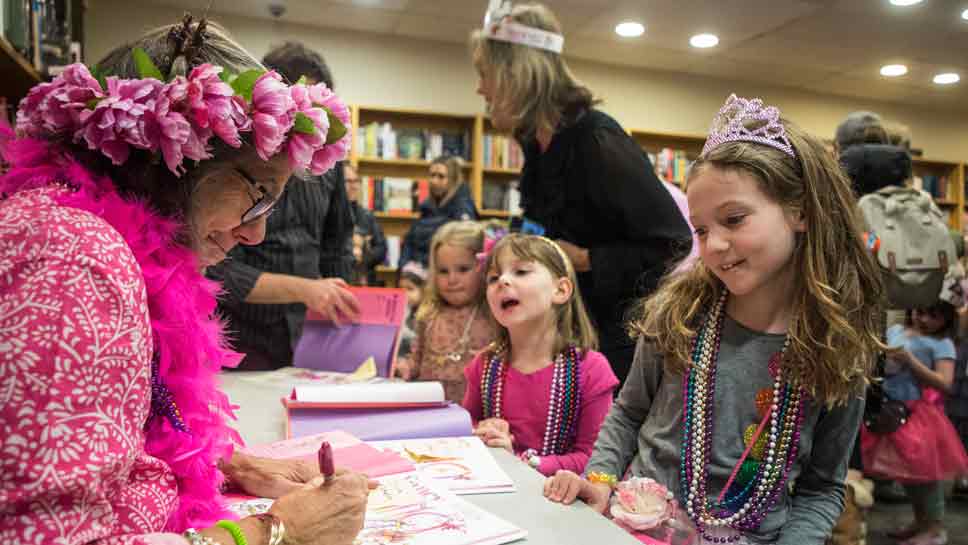 “The fact that she used bigger words was what made it exciting and made her want to start reading,” Meyers said. Her daughter frequently references the glossary in the back of each book, and delights in using the French words that are peppered throughout the story.


At the reading, O’Connor greeted the children with a welcoming “bonjour” and showed a picture of herself as a little girl wearing a fancy party dress. Wearing her own crown of pink flowers and a bright pink feather boa, O’Connor read from her book, pausing throughout to define words, such as “rhinestone” — fancy for a genuine fake diamond, she said.

While O’Connor’s children were boys, she was inspired by her own childhood to create a character who loves to be fancy. Since Oodles of Kittens is her last Fancy Nancy picture book, O’Connor describes the reading as part of her “Au Revoir Tour.”

No doubt Fancy Nancy has struck a cord with children and parents alike, with over 50 books in the series, that also includes chapter books for older readers. Aimee Anderson, who has worked at The Book Stall for four years, said the book reading was one of the most crowded events she had ever seen inside the store. “We love having authors because it is great exposure and it’s a wonderful community event,” she said. 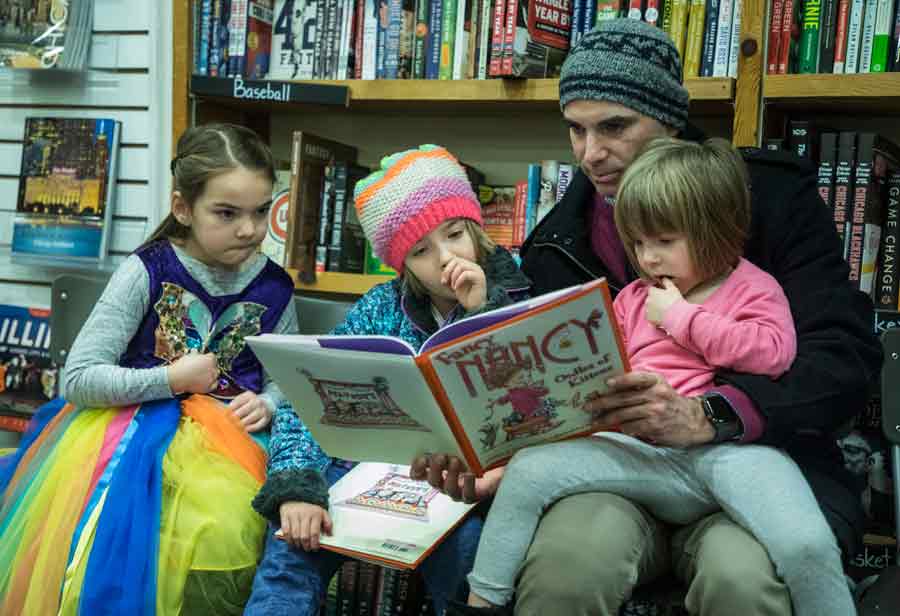 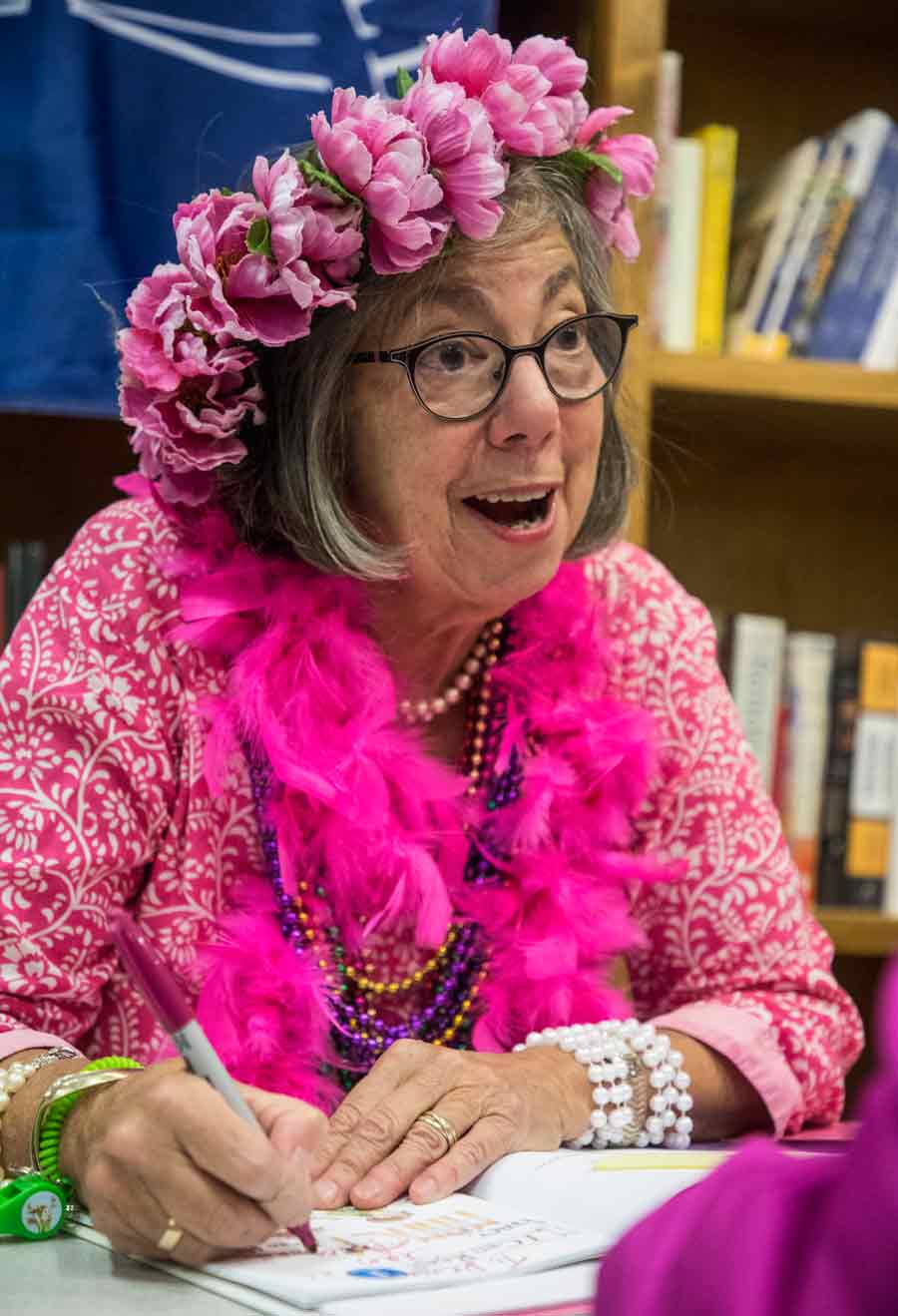 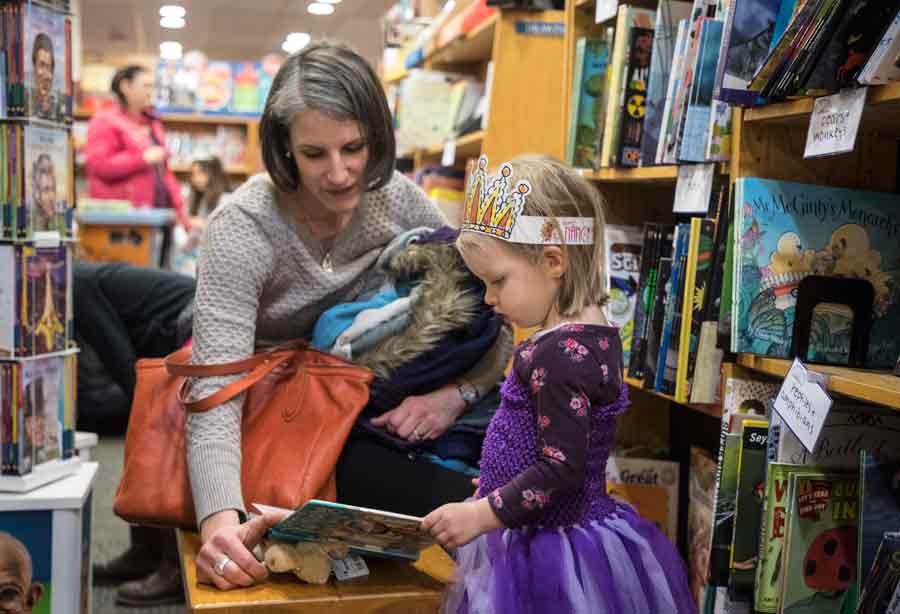 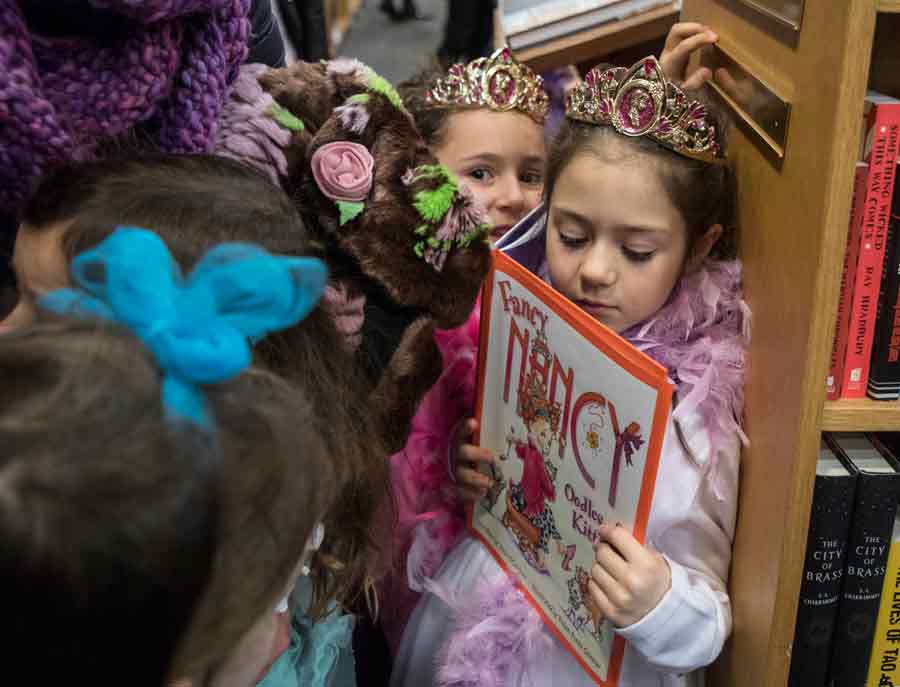 6-year-old Catherine List (left) and her sister Elizabeth wait in line to have their books signed by Jane O’Connor, the “Fancy Nancy” children’s book author. PHOTOGRAPHY BY JOEL LERNER/JWC MEDIA 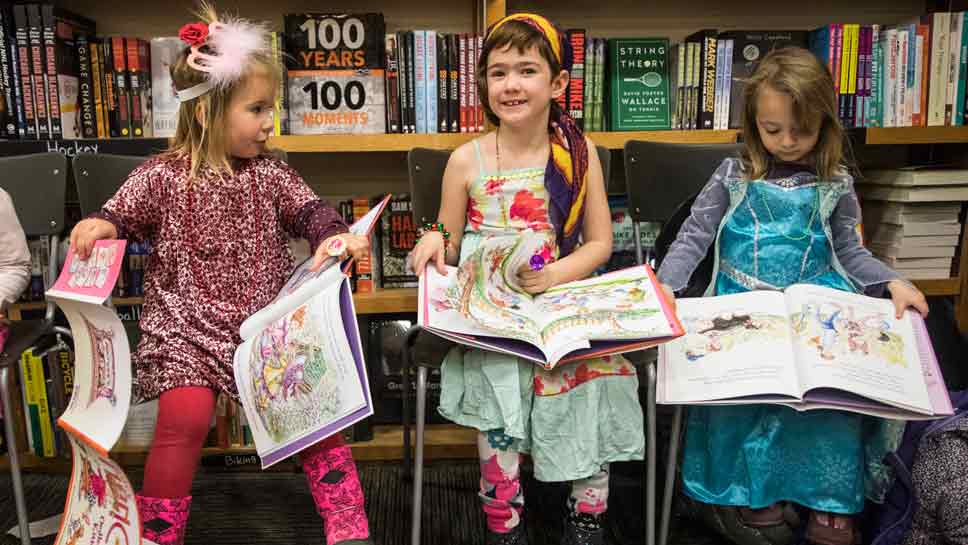 From left, Valentina Egorova, 3, of Wilmette, Scout Walker-Davis, 6, of Evanston, and Olivia Kueng, 4, of Wilmette read “Fancy Nancy” books after having them signed by Jane O’Connor. PHOTOGRAPHY BY JOEL LERNER/JWC MEDIA. 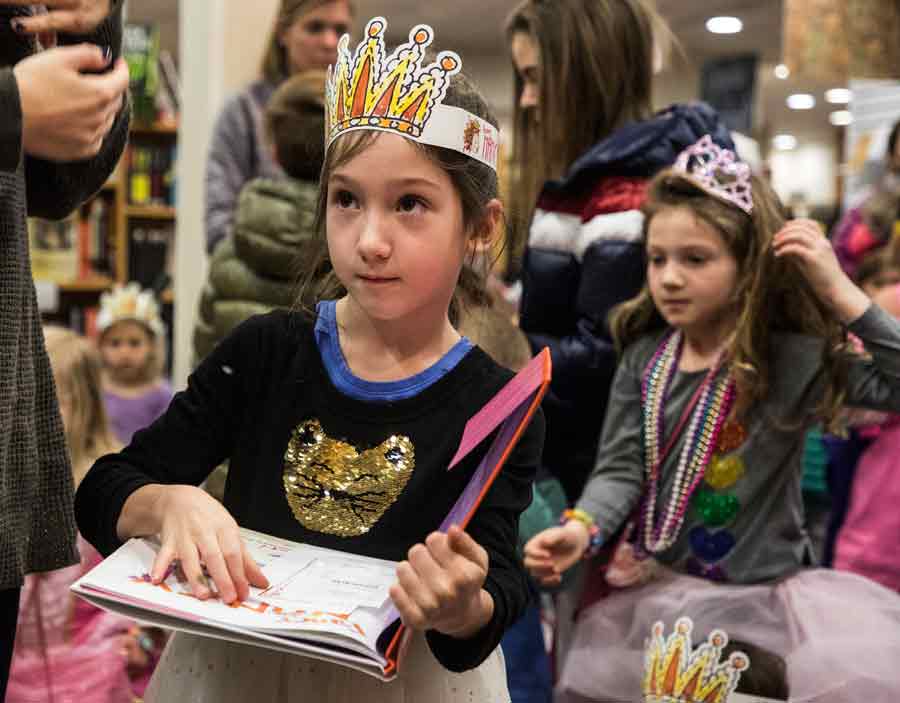 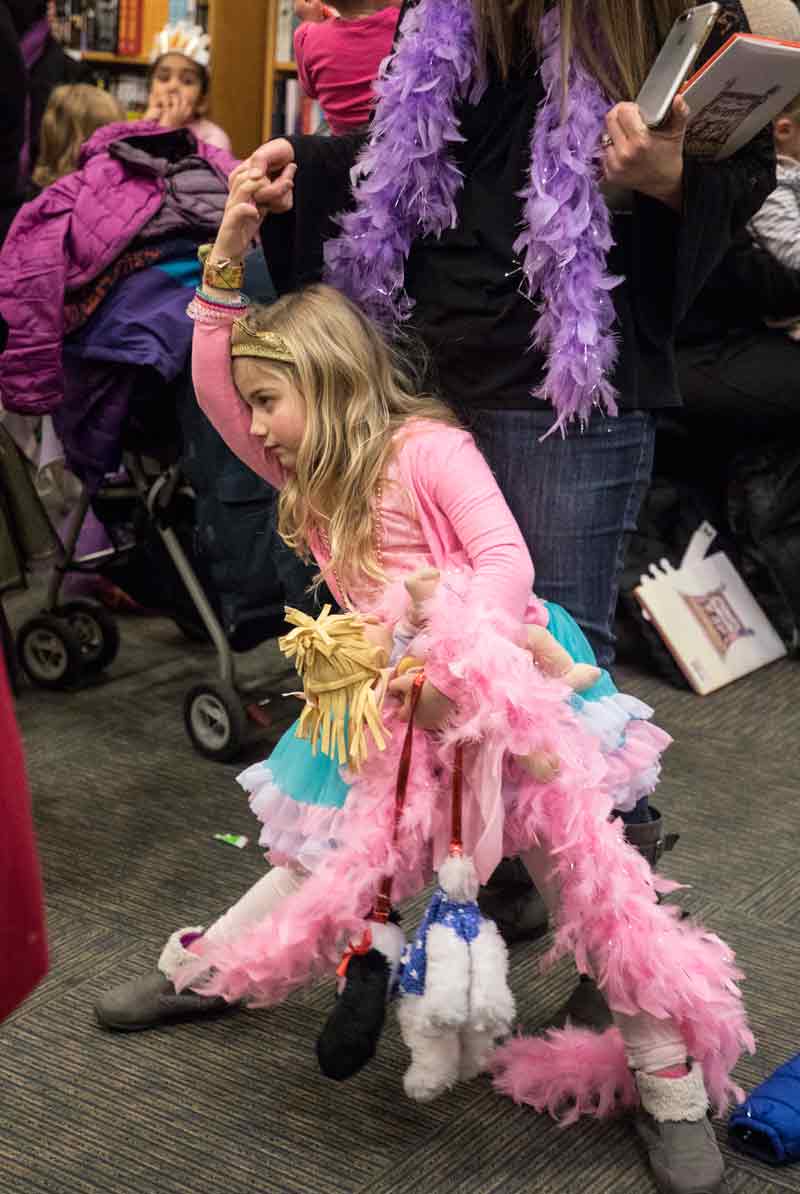 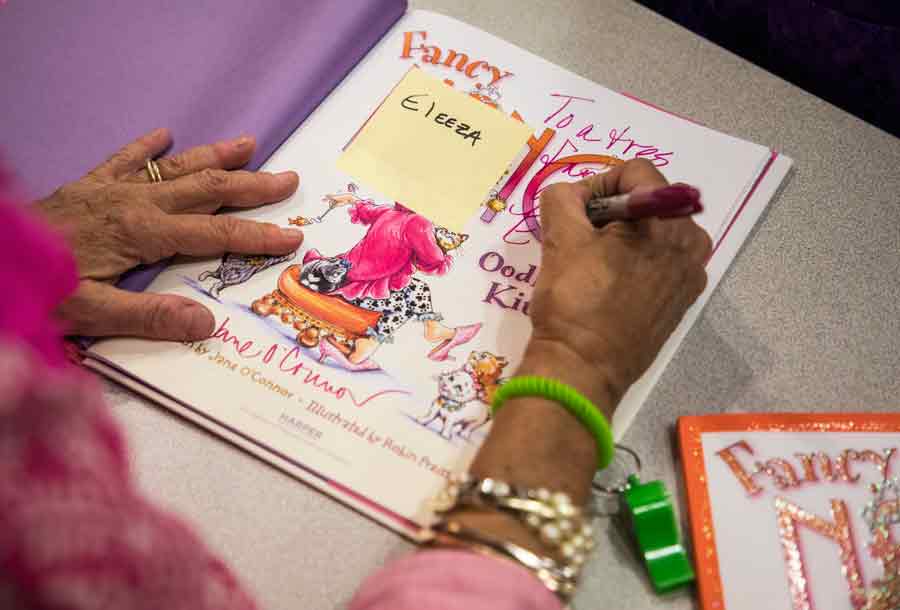