Sapan Shah of Libertyville, one of three Republicans seeking their party’s nomination to represent the 10th Congressional District in the United States House of Representatives, ended 2017 with substantially more cash on hand than his primary opponents.

Shah has nearly twice the war chest as Jeremy Wynes of Highland Park and almost six times as much as Doug Bennett of Deerfield.

Bennett, Wynes and Shah are competing in the March 20 primary for the right to challenge Rep. Brad Schneider (D-Deerfield) in the November 6 general election. 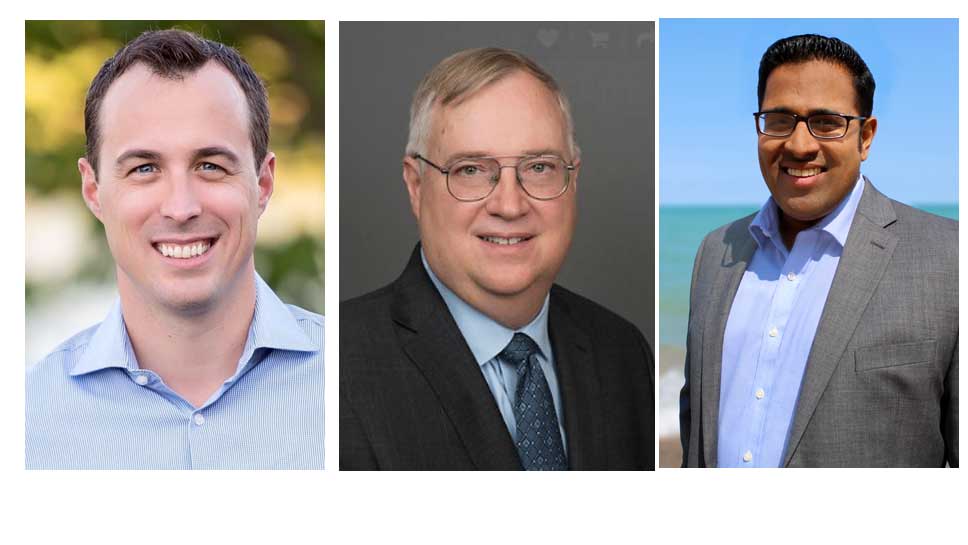 Seeking the Republican nomination for the 10th Congressional District seat are (from left) Jeremy Wynes, Doug Bennett and Sapan Shah.

Shah is an entrepreneur as well as a physician with a law degree. A resident of Libertyville, he founded Flagship Health in 2007 and continues to operate the company today. The company advises doctors about malpractice and other business issues.

Wynes, an attorney who lives in Highland Park, has devoted the last nine years to political work. He held positions of Chicago-area director and Midwest regional director for the American Israel Public Affairs Committee before starting the Chicago office of the Republican Jewish Coalition.

Bennett is a Deerfield resident who works for Havi, a company that deals with the global supply chain for major multi-national companies. A mathematician by education, he does analytics for the business. He is also the vice chairman of the West Deerfield Township Republican Organization.

The 10th District includes much of Lake County as well as parts of Cook County in the north and northwest suburbs. It takes in all of Lake Bluff, Lake Forest, Highland Park, Highwood, Glencoe and Deerfield as well as parts of Northbrook and Glenview.