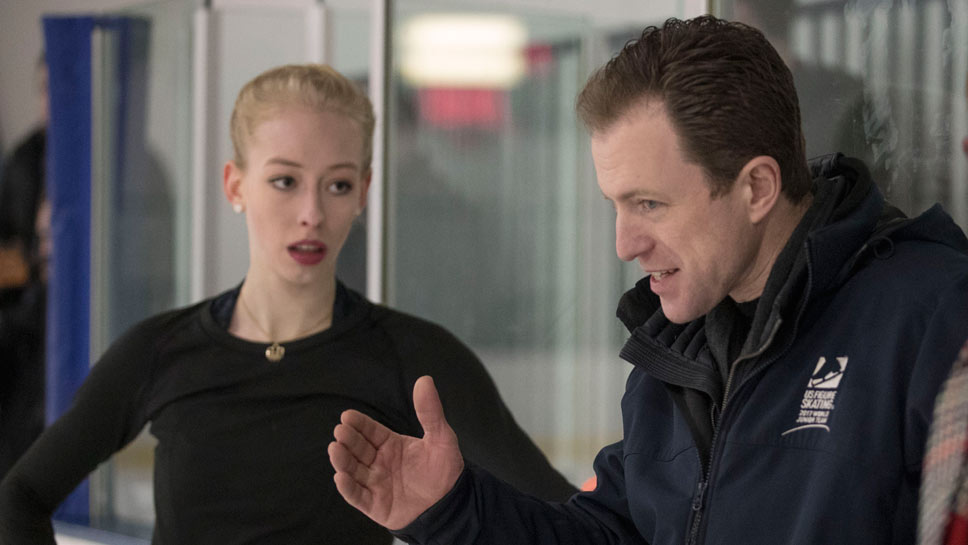 The 23rd Winter Olympiad will kick off on February 9 in far away Pyeongchang, a city some 15 hours ahead and 6,500 miles away from Chicago. Even with NBC’s pledge to provide live air coverage of games across all U.S. time zones in prime time, it’s easy to believe this year’s Olympic excitement is all happening on the other side of the world.

Walk into Peet’s Coffee in Winnetka on any given morning at 5:30 a.m. and you’ll see local resident Jeremy Allen ordering a quick coffee — an Americano, black — before heading to Twin Rinks Ice Pavilion in Buffalo Grove, where he coaches some of the country’s best skaters, including newly minted U.S. Olympic figure skater Bradie Tennell.

The 19-year-old skater was thrust into the media spotlight after her breakout performance at Skate America in Lake Placid, N.Y. last November, where she took 3rd place. Tennell went on to deliver a nearly flawless routine at the U.S. Figure Skating Championships in San Jose, CA, in January, earning the Carpentersville, Illinois, native her first senior national title and a coveted spot on the U.S. Olympic Figure Skating team.

Tennell is now considered by many experts to be a top contender for gold in Pyeongchang.

“She’s finally had a full year of training without injuries,” said Allen, a Winnetka resident. “It just shows you what she can do.

Tennell will travel to Korea this month with teammates Mirai Nagasu and Karen Chen, along with her head coach, Denise Myers. Allen will follow shortly thereafter for Tennell’s individual Olympic events on February 21 and 23. In the meantime, it’s business as usual.

“We’re trying to create a very normal environment for Bradie,” said Allen. “She won Nationals on a Friday and by Monday morning at 6 a.m., we were back in the rink.”

As a former competitive pairs skater, Allen is well acquainted with early morning practices. Growing up in St. Paul, Minnesota, Allen started skating when he was 6 years old – at one point simultaneously participating in figure skating, hockey and speed skating competitions.

“It got crazy…my dad told me to pick one,” recalled Allen. 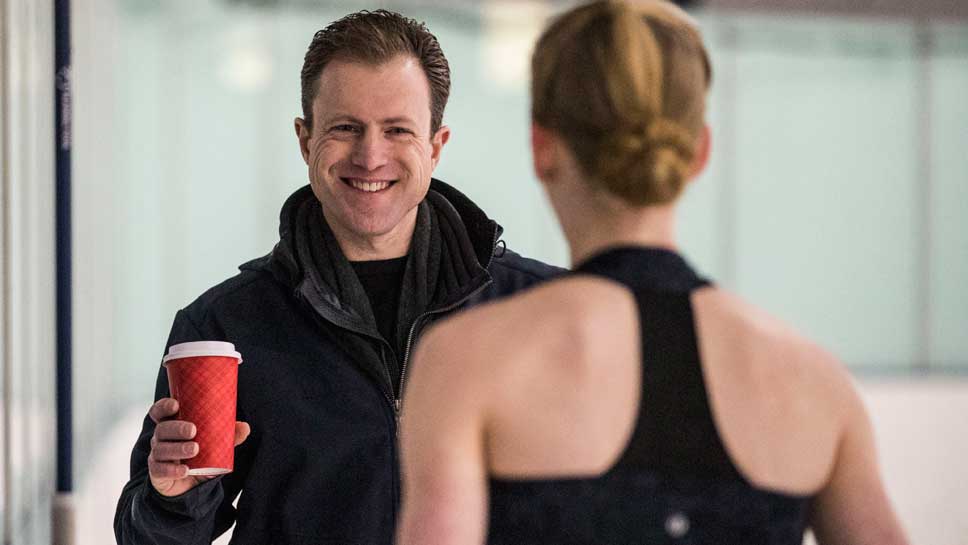 From 2001 to 2008, Allen trained and competed out of the elite University of Delaware Figure Skating Club, where he met his wife, former championship ice dancer Kendra Goodwin. Allen won the U.S. Junior National Pairs Championship in 2001, and placed in the Top 5 at the Junior World Championships.

When Allen finished competing in 2005, he enrolled as a freshman at the University of Delaware at age 25, ultimately earning a bachelor’s degree with honors in philosophy and biology. It was around this time that he started coaching to pay his tuition bills.

“In between classes and homework, I was on the ice every day at 6 a.m.,” said Allen. “I worked as a coach, as well as in a restaurant…I had to make it work. It was something I wanted to do for myself.”

When Kendra embarked on graduate studies in speech pathology at Northwestern University in 2008, the pair moved to Winnetka. Parents to a 3-year-old daughter, Kajsa, and with a second baby on the way, the Allens briefly considered moving further afield, in search of more space.

“We love it here, and ultimately decided we couldn’t leave,” said Allen. “We wound up moving a block away.”

“We collaborate so well,” said Allen of Myers. “We’ve developed a partnership in that we really respect each other’s opinions.”

With 15 years of coaching experience to his name, Allen has trained numerous skaters to U.S. National medals and international titles. Since settling in Winnetka, Allen has worked with figure skaters Jason Brown, Gracie Gold and Alexa Scimeca, as well as Tennell.

“You can tell a talented kid, but without the hard work, it won’t happen,” said Allen. “A lot comes down to mindset. There’s an incredible amount of time and dedication required of the athlete as well as his or her family. At that elite level, the financial responsibility is incomprehensible.”

Tennell, like many competitive skaters, has a 501(c) tax deductible fund for receiving public donations to defray the cost of her Olympic training and travel costs.

“Many expenses are not covered for them,” said Allen.

And since Allen was already training as an elite skater during the Nancy Kerrigan/Tonya Harding scandal, he couldn’t help but see the critically acclaimed new biopic I, Tonya.

Much to Allen’s surprise, he liked it.

“The filmmakers did an amazing job making all the skating believable,” said Allen. “And whether or not you like one version of the story or another, it was well done.” 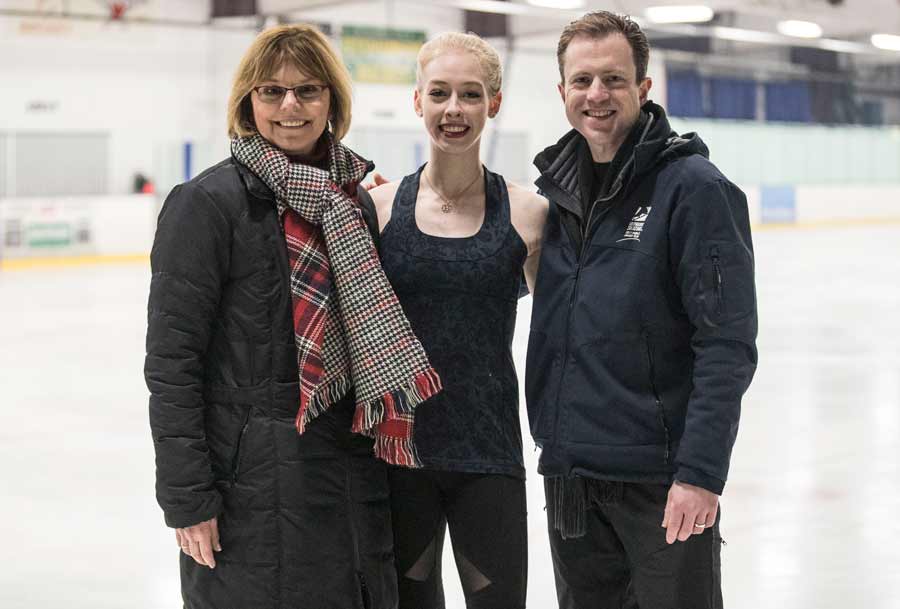 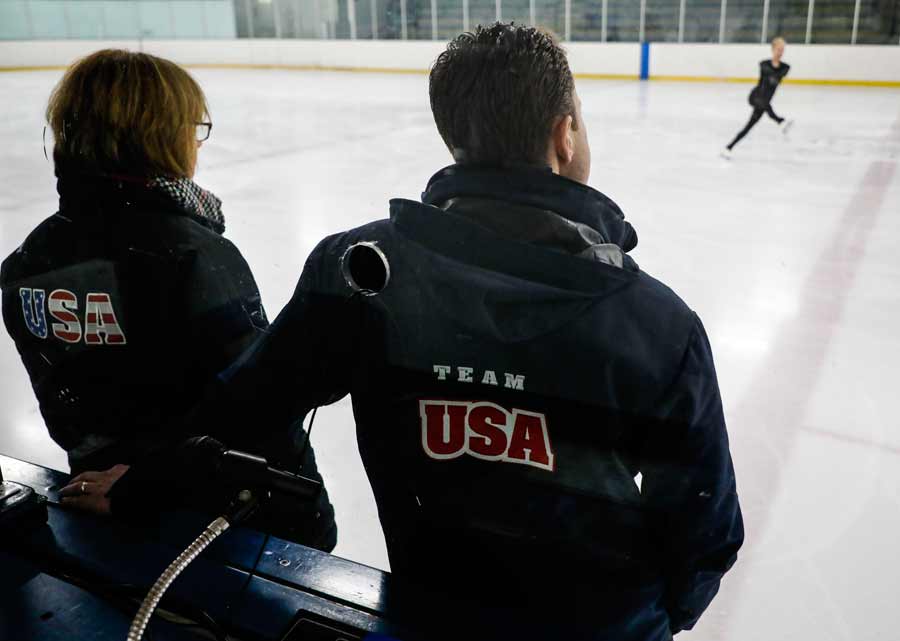 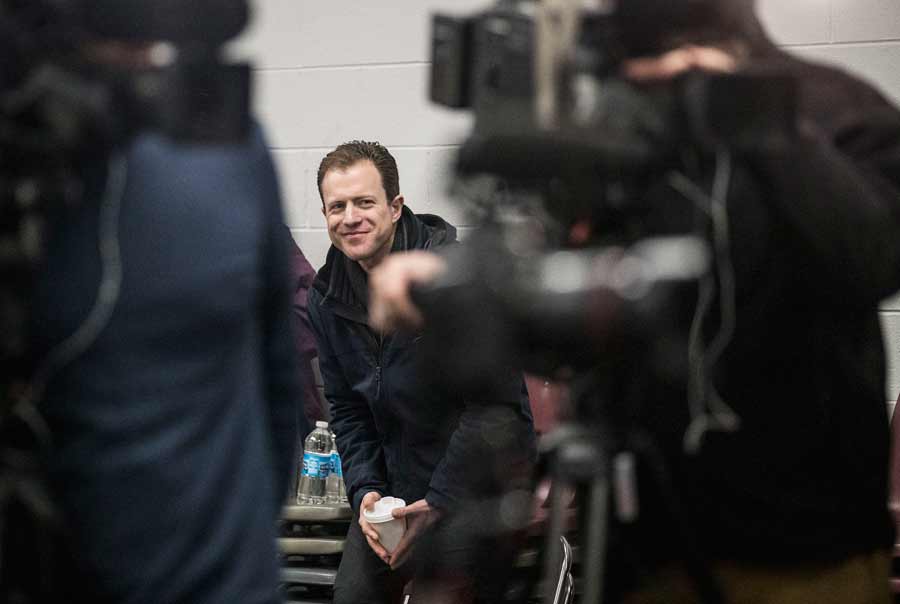 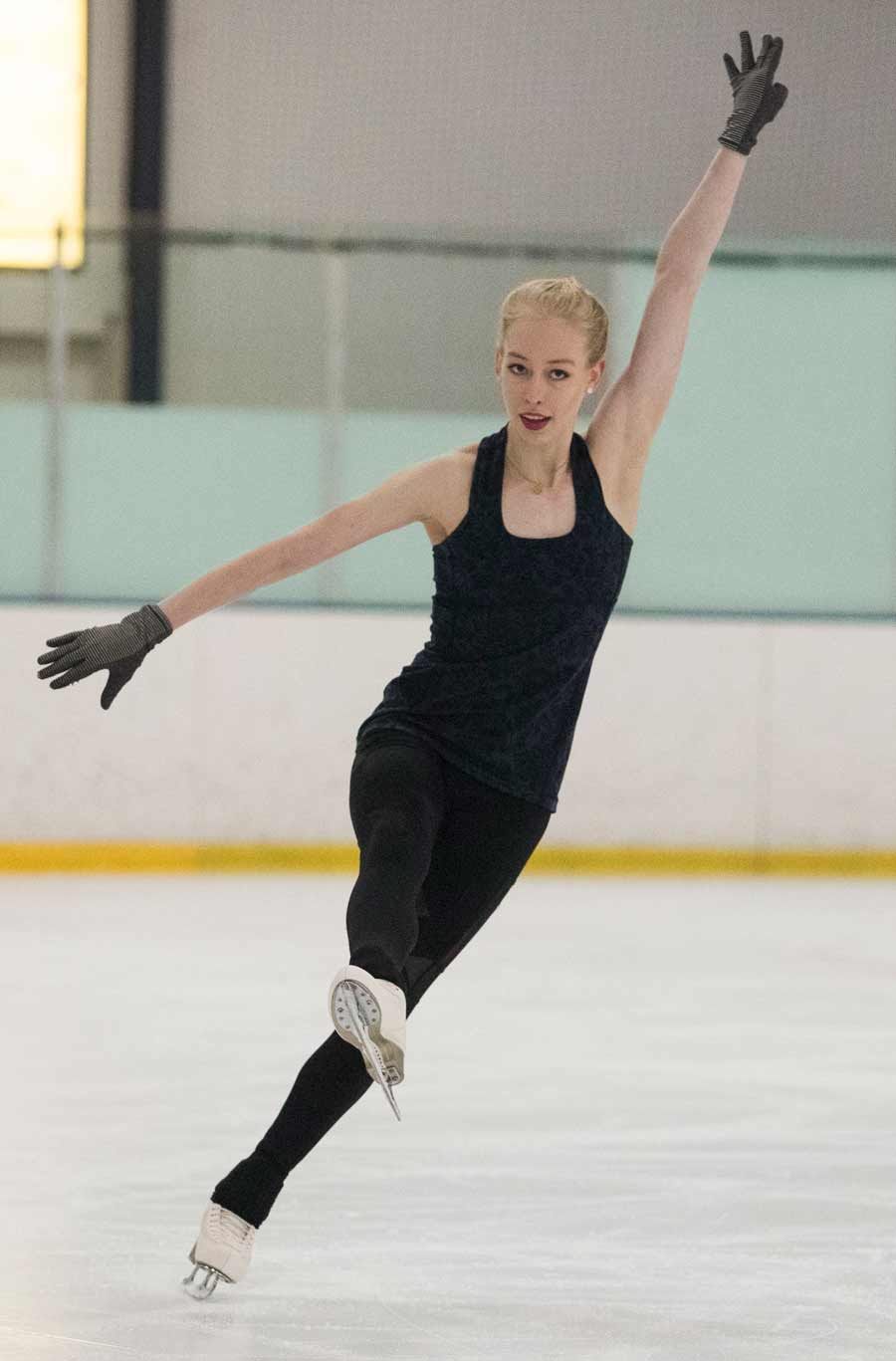 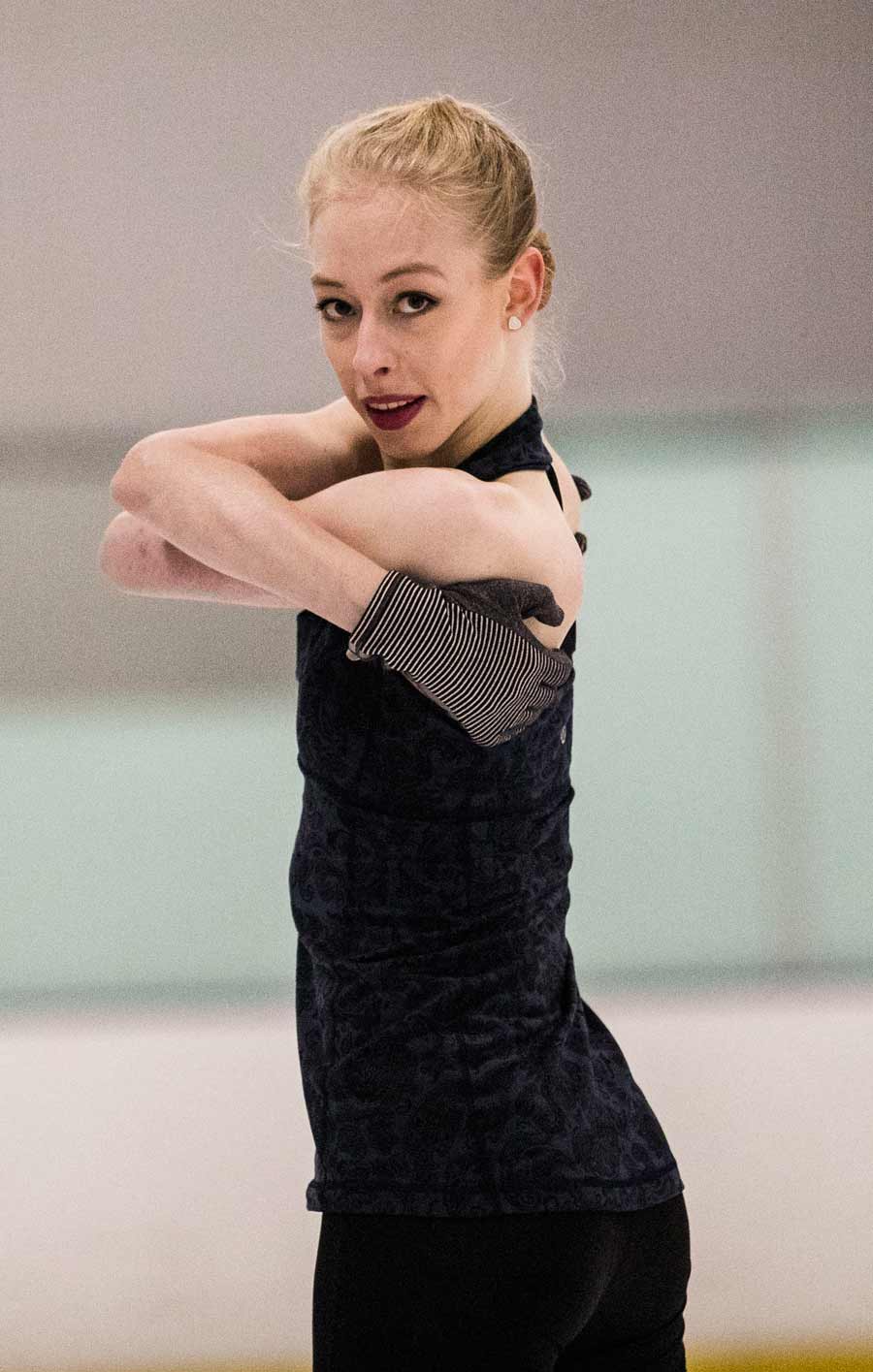 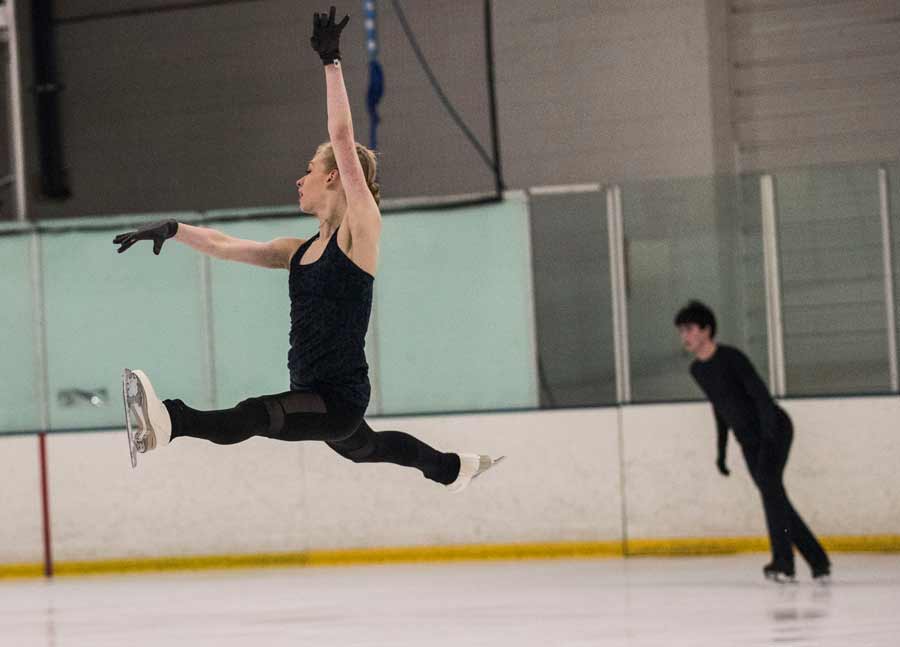 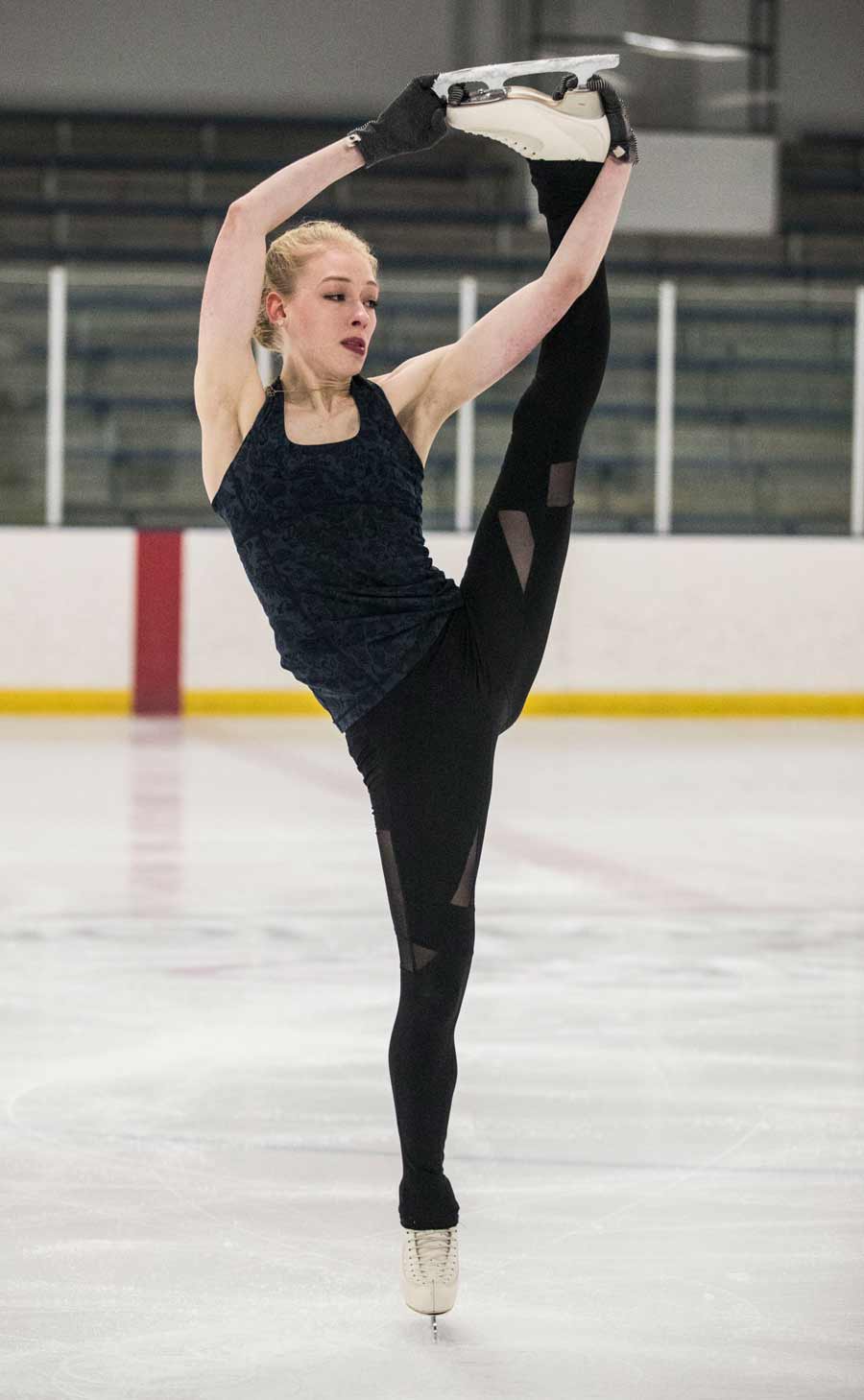 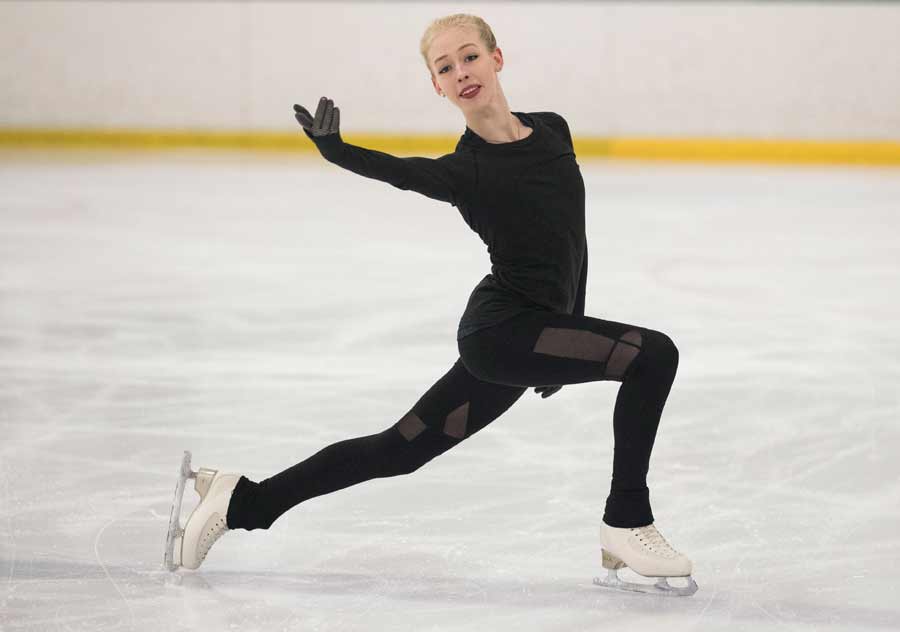