The Winnetka Children’s Hour musical production this year, #TheBigAudition, touches on some relevant themes with a story about an imaginary North Shore High School theater stage where students are preparing for a big audition. While there is lots of drama and overbearing parents, in the end the students learn that they are all in this together.

A life-lesson in every show is a hallmark of the Winnetka Children’s Hour, which was founded in 1932 by parents looking for a way to keep their children active. Every year the musical production is written by parents on the board, and is typically inspired by something from popular culture.

Ania Cramer and Kirsten Rider co-wrote the script this year, working together over the summer and soliciting feedback and ideas from their own children and others in the program. The women adapted a play from the 1999-2000 season, changing the characters from adults to teenagers, and incorporating the technology popular today — such as YouTube, texting and social media.

“It was really fun,” Cramer, whose children in grades seventh, fifth and third, have been involved with Children’s Hour for the past four years, told DailyNorthShore. 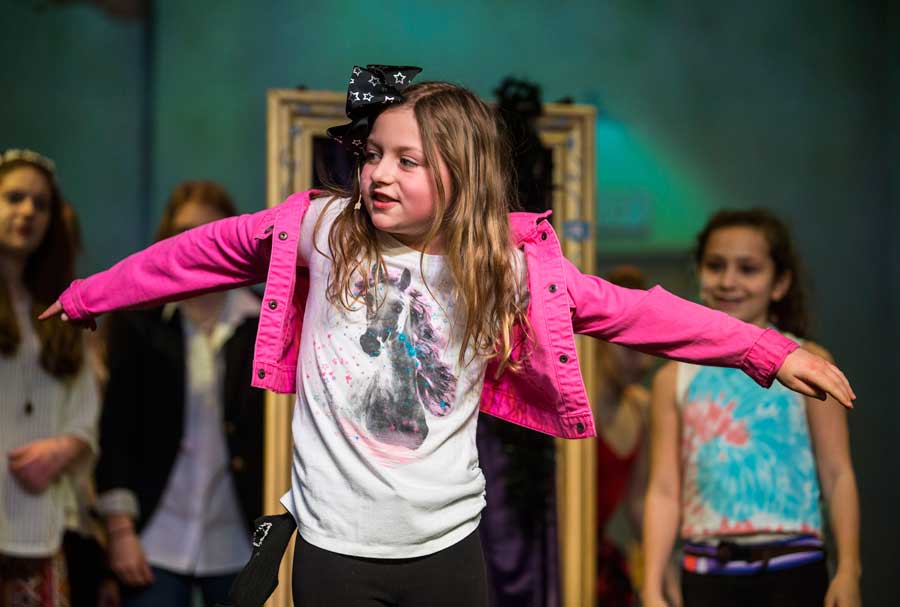 Charlotte Crocker is the character Coco during a rehearsal of the Winnetka Children’s Hour production of #TheBigAudition. PHOTOGRAPHY BY
Joel Lerner/JWC Media

Many of the parts were written with specific children in mind, since Cramer and Rider know the students involved with the program well. That’s because most parents describe Winnetka Children’s Hour as an extended family.

“It’s very much a family organization,” Jill Shannon, co-producer of the show, who has been involved with Winnetka Children’s Hour for 9 years, said. During tech week, the kids relish eating dinner together at the theatre, as they practice their roles on stage.

“I love it. It is a great experience,” Caroline Wolfe, a fourth grader at Greeley Elementary School, said. This is Wolfe’s first year with Winnetka Children’s Hour, and she likes that she and her younger brother who is also in the show, can enjoy a non-stressful theatre experience in a supportive environment while still doing other activities. “It’s flexible,” she said.

Bobby Johnson, an eighth grader in Winnetka, has been involved with Winnetka Children’s Hour since he was four years old. “I like that you can be fun and you have room for creativity,” Johnson said. Johnson appreciates that the producers and director seek input from the students about the characters they are playing.

The supportive environment where children and parents work together to put on a production is what drew director and choreographer Kerry Hahn to the Winnetka Children’s Hour. She has taught theater for the past 17 years and owns the program City Kid Theater in Glenview. “I am really happy to be a part of this program,” she said.

Hahn’s own parents were always supportive of her theater productions when she was growing up. “I know the value of that commitment and experience together,” she said.

Hahn not only directs the children in the show, but also uses the opportunity to teach them about the history of  theater. She believes the experience of putting on a production — from building the sets, making the costumes, printing the tickets to actually singing, dancing and acting — is a valuable life experience.

“You are teaching them the nuts and bolts of putting on any project,” Hahn said.

Hahn also enjoys working with a range of kids, from kindergarten through eighth grade. As the kids grow older, she notes that all of the children have an opportunity to take on bigger roles.

Every parent stressed the value of their children experiencing theater in such a supportive environment. That is why the proceeds raised from this production support Winnetka Children’s Hour Outreach Program, which funds enrichment for school children who lack exposure to the performing arts.

“It’s important for us that the kids get this experience but we also donate all of the proceeds to kids who don’t get this kind of program,” Shannon said. 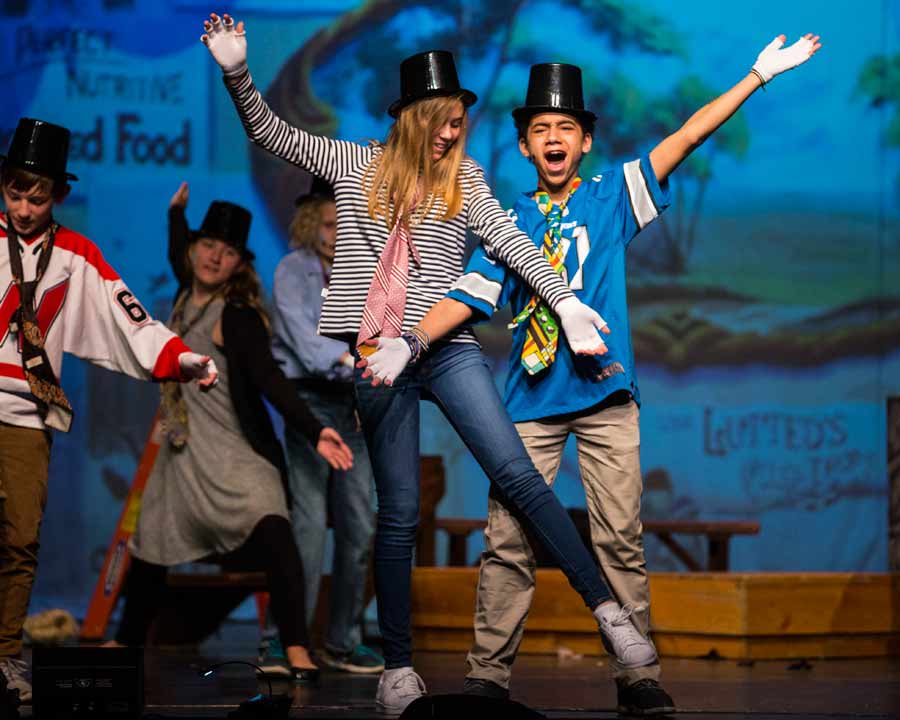 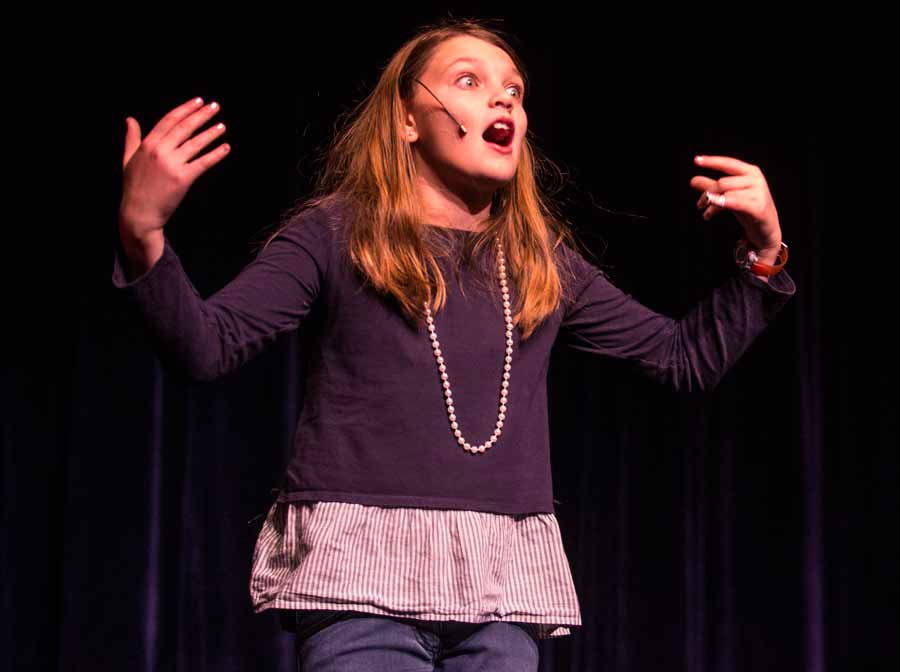 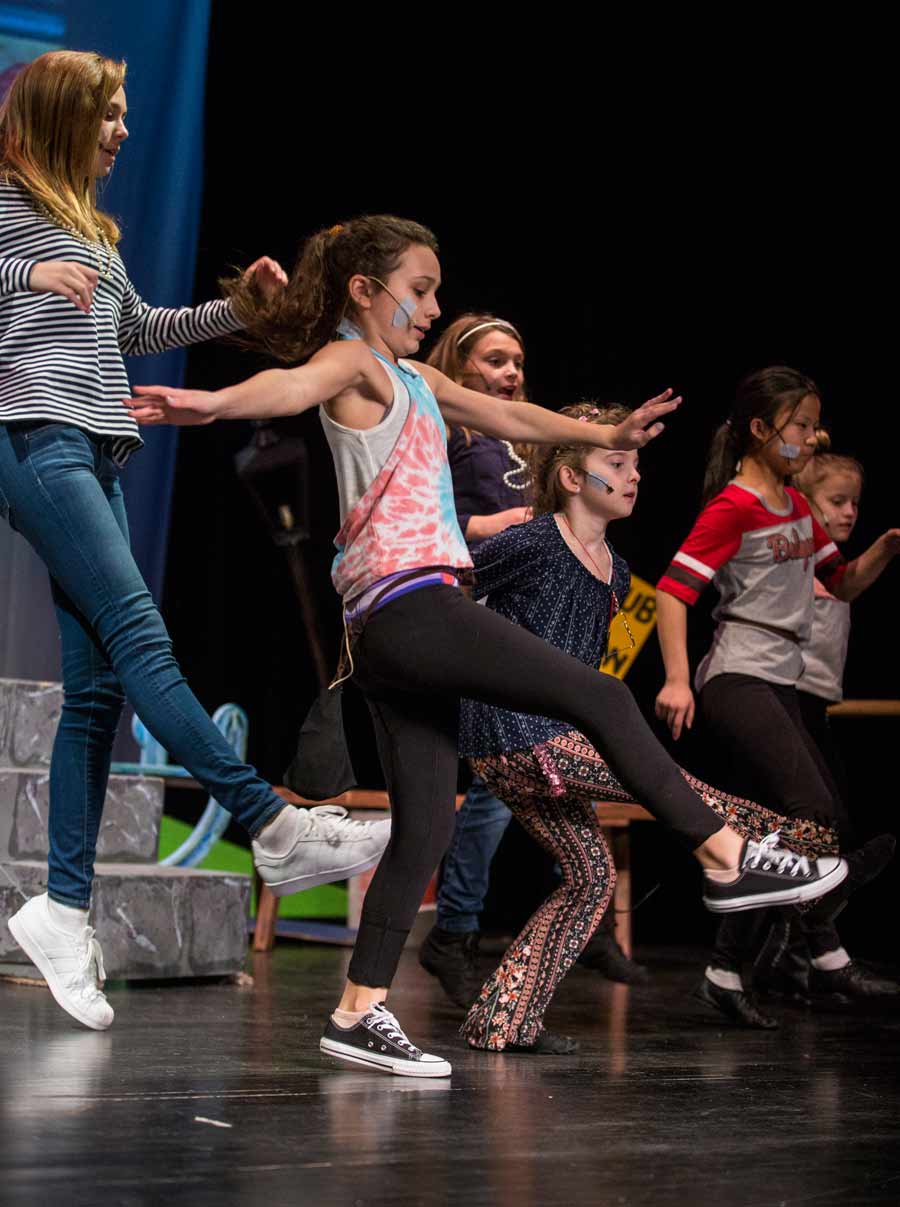 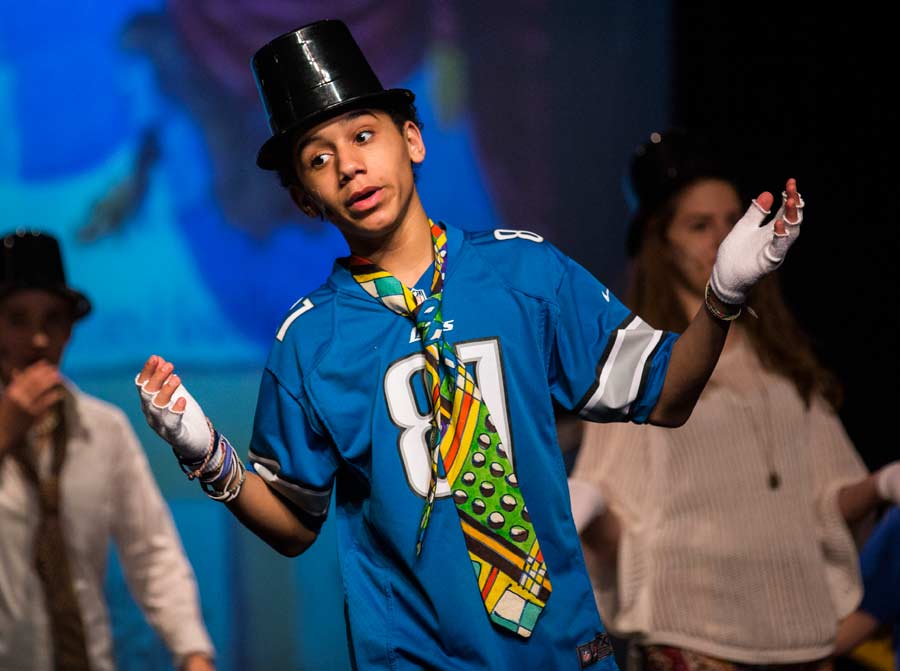 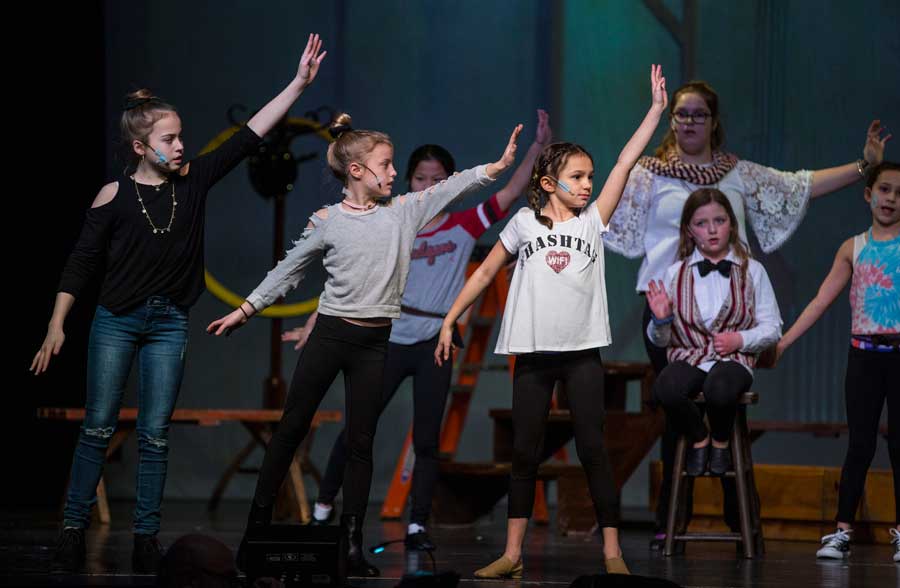 Performances are Thursday, February 1 at 6:00 p.m., Friday February 2 at 7:00 p.m., and Saturday, February 3 at 10:30 a.m. at the Winnetka Community House, 620 Lincoln Avenue, Winnetka. Individual tickets are $8 and may be purchased at the door or by contacting Jill Shannon at 847-212-0107 or [email protected] Discounted group tickets also are available.