As the newly appointed board president of the nonprofit organization Designs For Dignity, Diane Falanga believes in the power of design to transform not only an environment, but also people’s lives.

“When you enter a completed project you will find that people are ready to begin the healing process when they walk through the door. It is that powerful,” Falanga told DailyNorthShore.

Designs For Dignity — also known as D4D — relies on the pro bono talent of interior designers, architects and other professionals, to transform the often run-down environments of other nonprofit organizations using in-kind donations.

“We believe everyone is deserving of a safe environment,” Falanga said, noting that the physical environment is usually the lowest priority for nonprofits with budget constraints.

A long time Wilmette resident who recently moved to Chicago, Falanga has been an interior designer for about 20 years and owns her own business primarily focused on residential homes. Falanga first got involved with D4D about 10 years ago, when she had her own idea for a nonprofit that kept residential furnishings in the life stream, by donating them to people in need. But when she learned about D4D, she realized that the nonprofit was doing something similar and decided to get involved. “I fell in love with the organization and became an active part of its board,” she said.

While Falanga served as board president previously from 2014-2015, she is looking forward to taking on the role again. “I am thrilled to be back in this capacity,” she said. 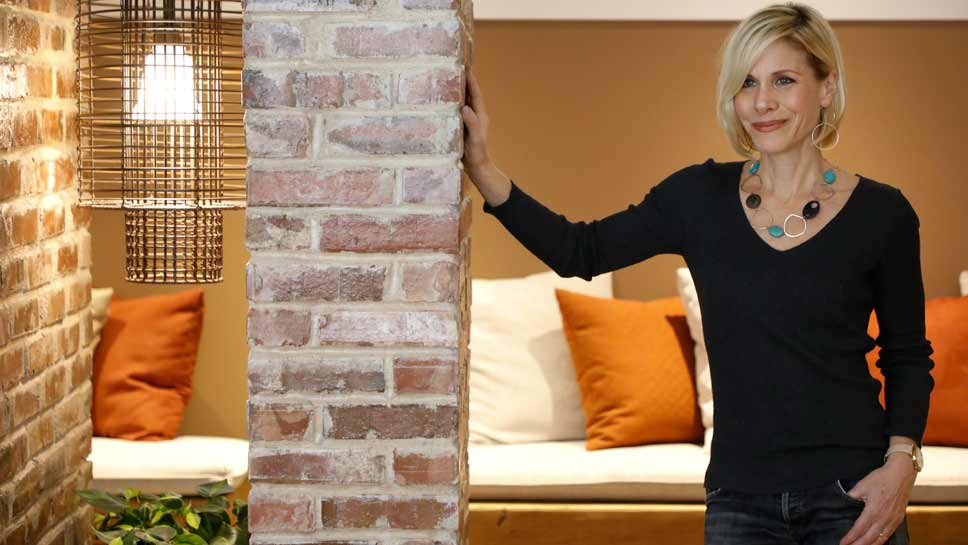 Design for Dignity’s Diane Falanga at the Zacharis Center in Skokie. PHOTOGRAPHY BY JOEL LERNER/JWC MEDIA

As board president, Falanga is serious about her responsibility to fundraise for the organization. “It is exciting and a challenge to get designers to think about fundraising,” she explained. But because she believes so strongly in the work of D4D, Falanga says its easier to ask for donations, because it provides donors an opportunity to be the change they want to see in the world. “Our work really meets a need for those who need it the most,” Falanga said.

Take for example the work D4D did at Zacharias Sexual Abuse Center located in Skokie. The nonprofit is often filled to capacity with 25 plus volunteers and staff, counseling victims of sexual abuse and assault, many of them children, Falanga said. When D4D toured the facility, they found it sad and depleted.

But after D4D took on the project, the center’s building was completely transformed. The designers carefully chose warm and inviting colors and fabrics that feel like they could hug you. “You feel like the healing begins when you cross the threshold. You feel like you are in a safe environment,” Falanga said. For many victims and their families, the center becomes a second home.

When D4D takes on a project like the Zacharias Center, designers first visit the site and talk to the people who work at the nonprofit. They listen to staff talk about their work, needs and dedication, before beginning any design plans. Sometimes D4D gets to consult the clients, such as when they met with students who visit the Warming House in Wilmette. When the kids said they didn’t always feel safe or like they belong, Falanga said that D4D decided to create a warm and inviting space that was also cool and hip for teenagers. The designers chose high back sofas and colorful carpet squares to create just the right look.

Moving forward, Falanga plans to lead an organization that provides positive and transformative environments for people in need. It’s in line with the D4D’s philosophy, that “everyone is deserving of a safe, nurturing and dignified space,” Falanga said. 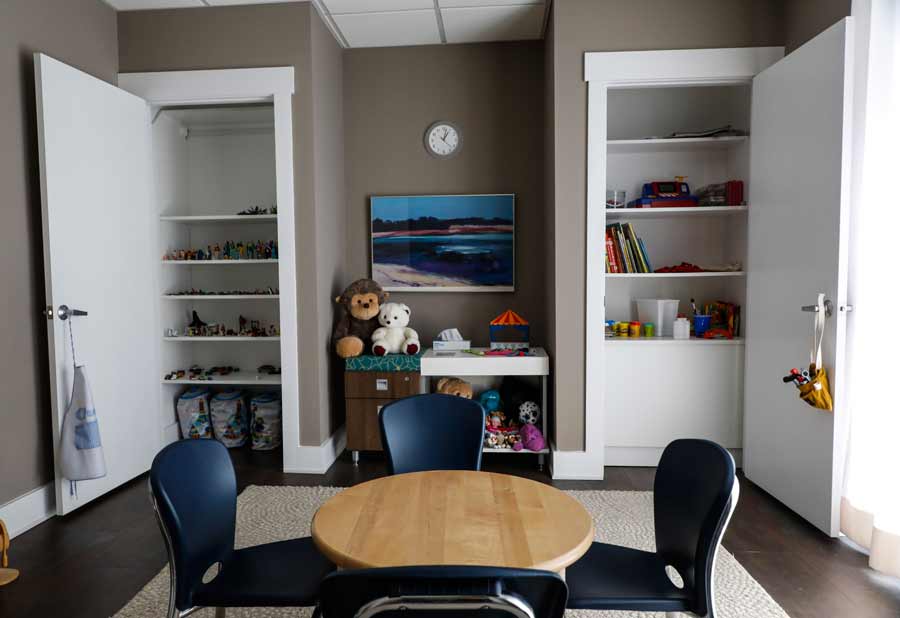 Examples of Design for Dignity’s contributions at the Zacharis Center in Skokie.
Joel Lerner/JWC Media 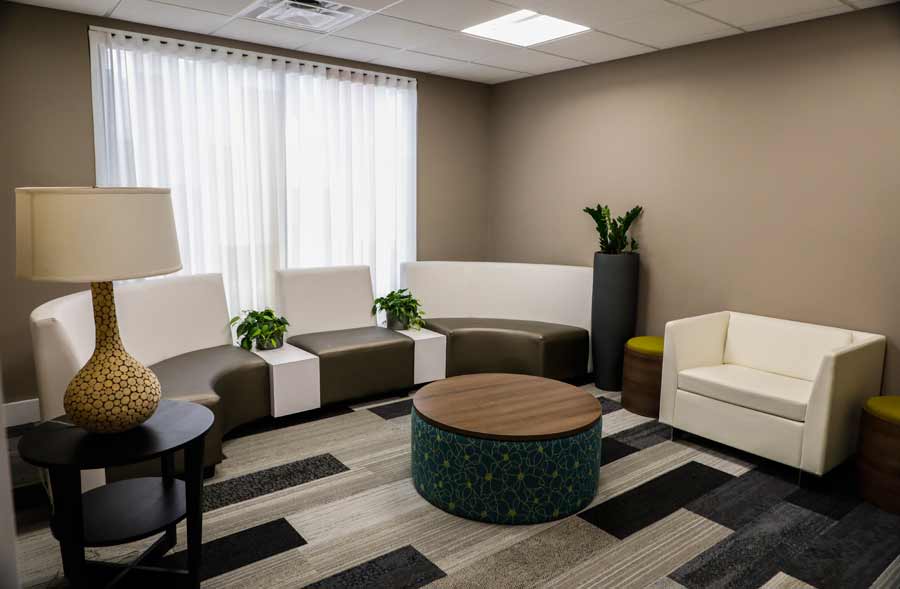