To help her three-year-old daughter escape the Warsaw Ghetto in 1944, Pela Starkopf allowed a pharmacist to inject the little girl with a drug to put her to sleep. She then placed Jascia in a coffin-like box, covered her with a blanket and carried her to the cemetery.

There, things got even more perilous.

Pela explained to the Nazi at the cemetery that she wanted to bury her daughter, which prompted him to take a closer look inside the box. But before he reached for the blanket, Pela shouted that her daughter died from typhus. Fearful of contracting the disease, he told her to bury her daughter.

The mother and daughter hid in the cemetery until nightfall, when Pela’s father, Adam Starkopf, arrived and helped them climb over the wall. The Starkopfs hid in a village in Eastern Poland for the rest of the war.

The Starkopf story is told in the museum’s Karkomi Holocaust Exhibition. More stories of hope are shared in the museum’s new exhibit on the 75th Anniversary of the Warsaw Ghetto Uprising, which will be on display until September 23, 2018. 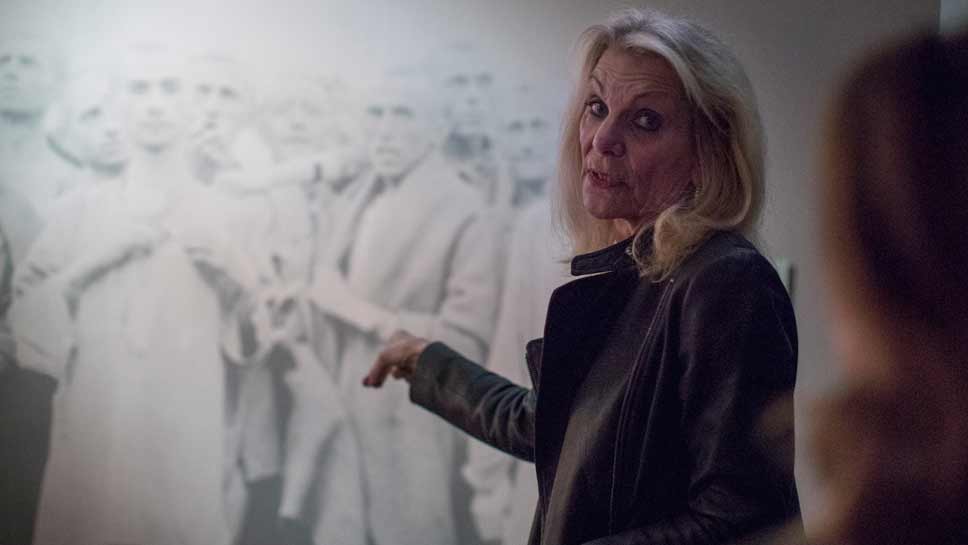 Susan Block of Northbrook, a docent at the Illinois Holocaust Museum in Skokie. PHOTOGRAPHY BY JOEL LERNER/JWC MEDIA

The exhibit pays tribute to the 750 Jewish fighters who led the largest resistance effort in German-occupied Poland during World War II. Just 20 Jewish fighters survived the 1943 uprising, which began April 19 and ended May 16.

The exhibit includes three survivors who settled in the Skokie area. Two of the survivors, David Figman and Barbara Zyskind Steiner. are founding members of the Holocaust Memorial Foundation of Illinois.

At 17, David Figman fought with the ZOB resistance organization. As the Nazis tried to put down the uprising, he hid in a bunker and sewers until he was caught and sent to the Budzyn forced labor camp, the first of six labor camps where he worked. Later he was sent on a death march into Germany as the Allies gained ground. He died in 2016.

Barbara Zyskind Steiner was trained as a medic and tended to the wounded during the uprising. In the 1970s, she testified in Germany at the trial of a Majdanek concentration camp guard.

The third local uprising survivor is Estelle Wakszlak Laughlin. She and her family hid in a bunker built by her father, Samek Wakszlak, an organizer of the Jewish resistance. After a bomb tore apart the bunker, the Wakszlak family was transported to the Majdanek concentration camp. Laughlin and her mother and sister were chosen for labor, while her father was sent to the gas chamber. She currently speaks to school groups at the museum.

DailyNorthShore also visited the Karkomi Holocaust Exhibition, which tells the story of before, during and after the Holocaust through testimonies and artifacts of Chicagoland Holocaust Survivors.

The exhibit begins in the 1930s when the Nazis came to power. Block said there were 525,000 Jewish people in Germany, just one percent of the population, which consumed Hitler’s obsession. The Nazis systematically dehumanized the Jews and programmed their people to hate them.

“Are Neo-Nazis still around? Absolutely. The Ku Klux Klan, ISIS and the Taliban exist today, and hate, hate, hate is everywhere,” said Block.

In a propaganda effort, Block explained that when Terezin concentration camp in Czechoslovakia (Theresienstadt in German) was going to be inspected by the Red Cross in 1944, Adolph Hitler gave everyone food, clothing, a playground and schools to convey the image of a model camp.

After everyone left, three young girls asked the Nazis if they could reserve water rations to nurture a tree; the Nazis agreed.

Today, part of the tree is in the parking lot of the Illinois Holocaust Museum, and saplings were taken to the Chicago Botanic Garden. Recently, the first Terezin tree saplings were planted at Northbrook Junior High School — and the tree’s saplings will be planted all over the world. 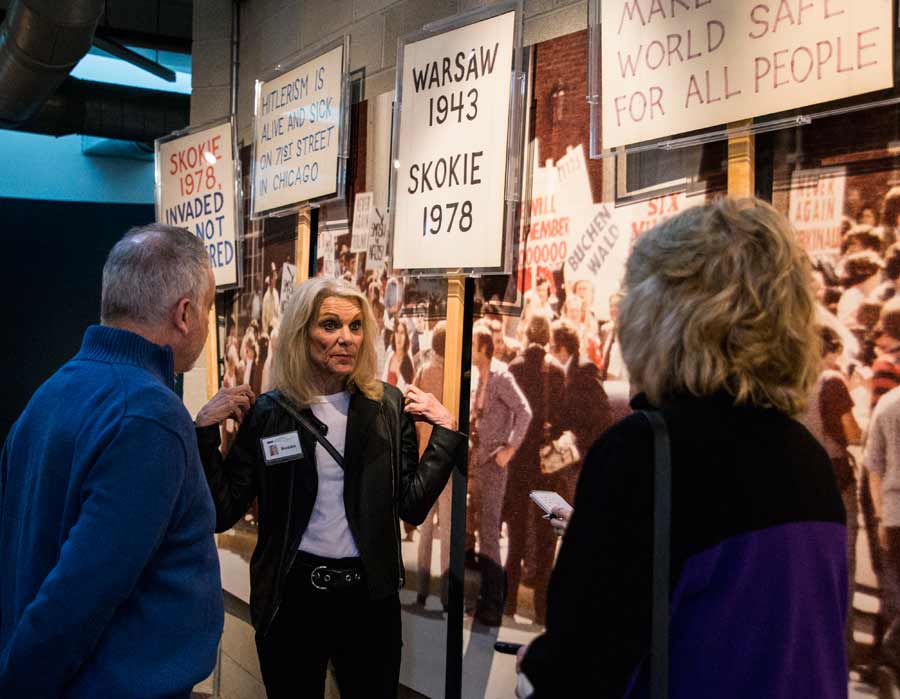 Susan Block, a docent from Northbrook in front of the display about the Nazi march in Skokie, which was the spark that started the museum, at the Illinois Holocaust Museum.
Joel Lerner/JWC Media 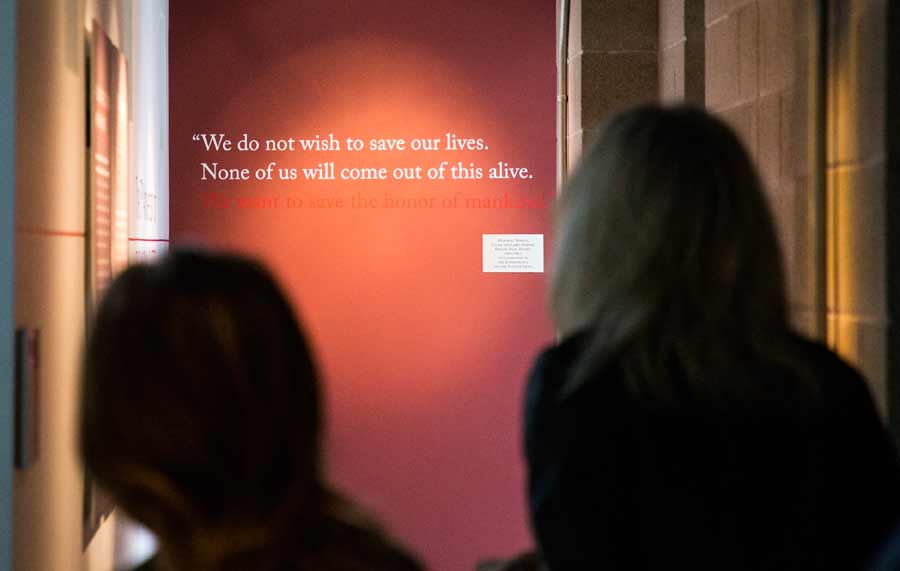 A quote at the end of the Warsaw Ghetto Uprising show at the Illinois Holocaust Museum.
Joel Lerner/JWC Media

The light brightens when museum visitors pass from the exhibit on death camps to the exhibit on the Warsaw Ghetto Uprising, symbolizing the hope of those who survived the Holocaust and the creation of the State of Israel.

In response to the Polish Parliament’s attempt to pass a bill outlawing terms like “Polish death camp,” CEO of the Illinois Holocaust Museum & Education Center, Susan Abrams, sent the following statement to DailyNorthShore:

“At Illinois Holocaust Museum, we don’t use the term ‘Polish death camps,’ as they were established in Nazi-occupied Poland by the Nazi regime. However, the issue which deeply alarms the Museum is the proposed Polish law that makes it a criminal offense to mention Polish complicity in crimes committed during the Holocaust. The effort to sanitize the acts of all Polish people during that period is to rewrite history. To carry out the ‘Final Solution’ across an entire continent, the Germans required the collaboration and complicity of many individuals in every country, from leaders, public officials, police, and soldiers to ordinary citizens. Without a doubt many people – particularly Poles – risked their lives to save Jews. Yad Vashem has identified more rescuers from Poland than any other country—6,706. Yet, these Upstanders were the exception rather than the norm. In every country, including Poland, citizens also actively participated in looting Jewish property; identifying, denouncing, and hunting down Jews in hiding; participating in roundups and deportations; and sometimes, as recent scholarship has revealed, carried out or participated in pogroms and murdered their Jewish neighbors.

“As one of the most painful and dark chapters in human history, legislation which covers-up the role of Poles and Poland during the Holocaust serves as a distortive abuse of Holocaust memory, and in the end does not further historical truth or advance dialogue or understanding of the complex issues surrounding the Holocaust.” 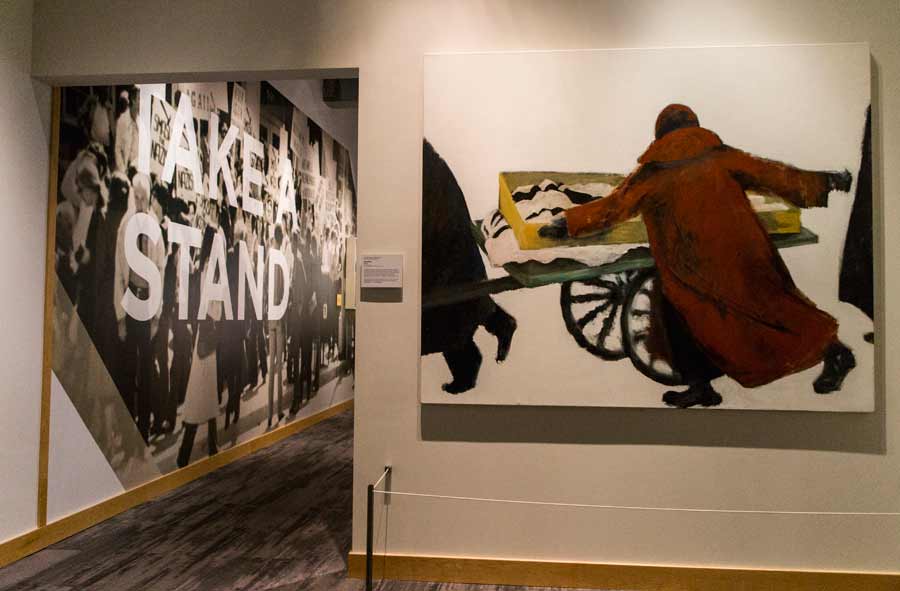 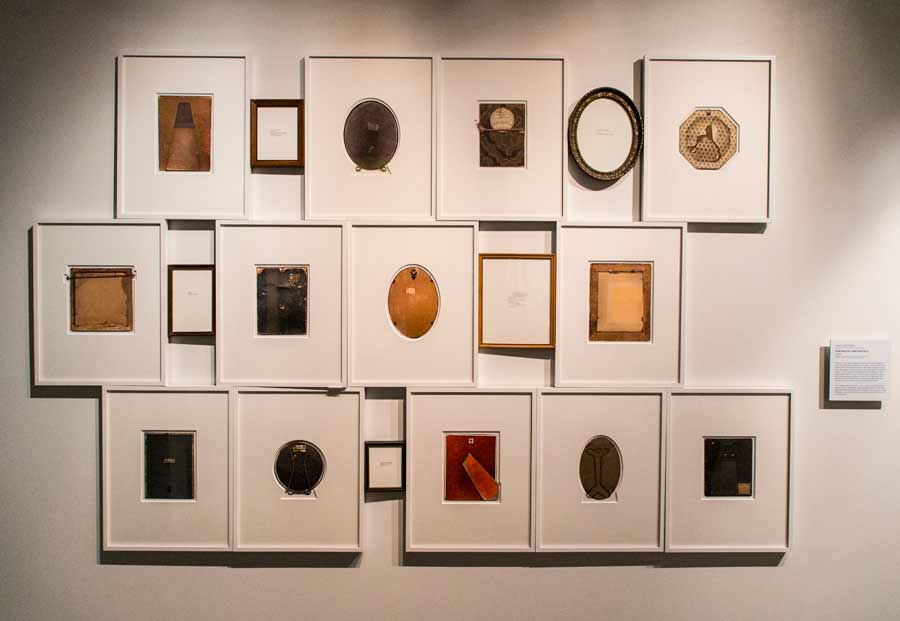 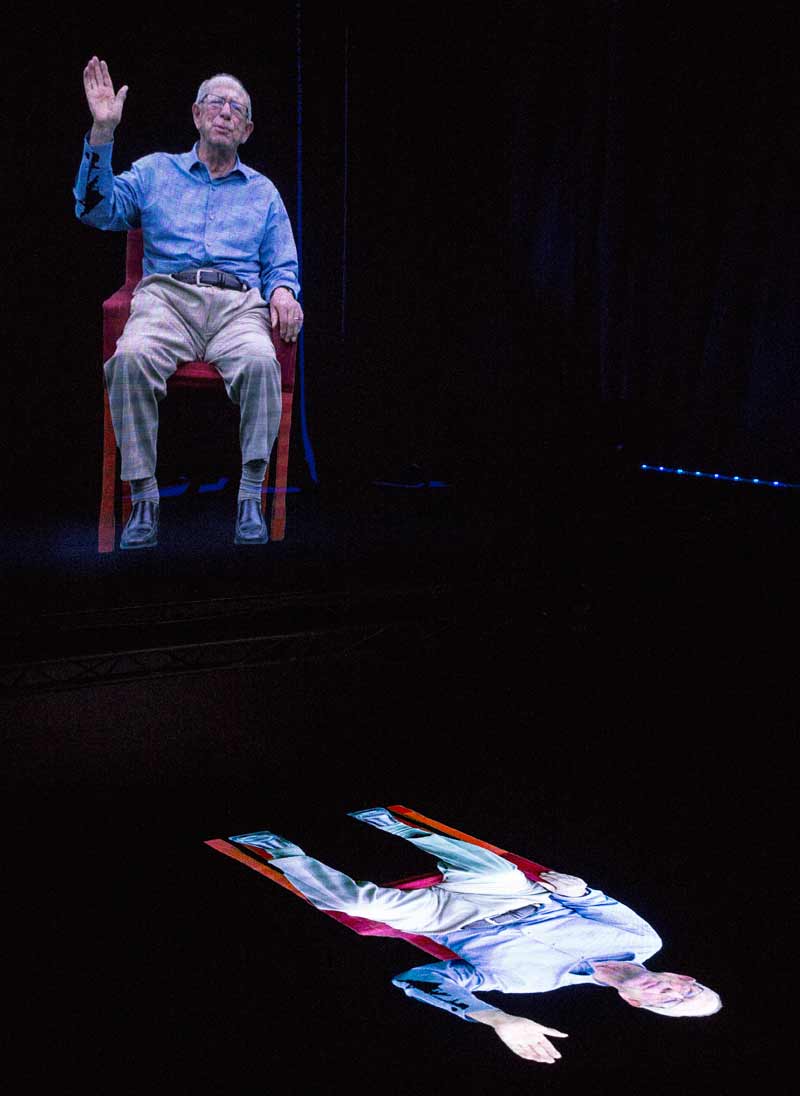 A hologram of a Holocaust surviver at the Illinois Holocaust Museum.
Joel Lerner/JWC Media 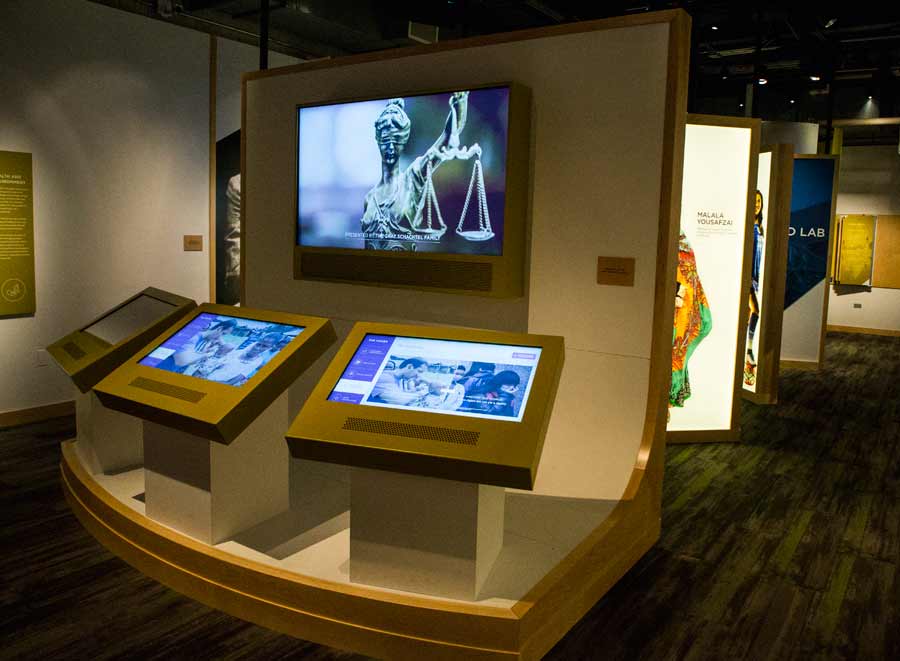 A quote at the end of the Warsaw Ghetto Uprising show at the Illinois Holocaust Museum.
Joel Lerner/JWC Media