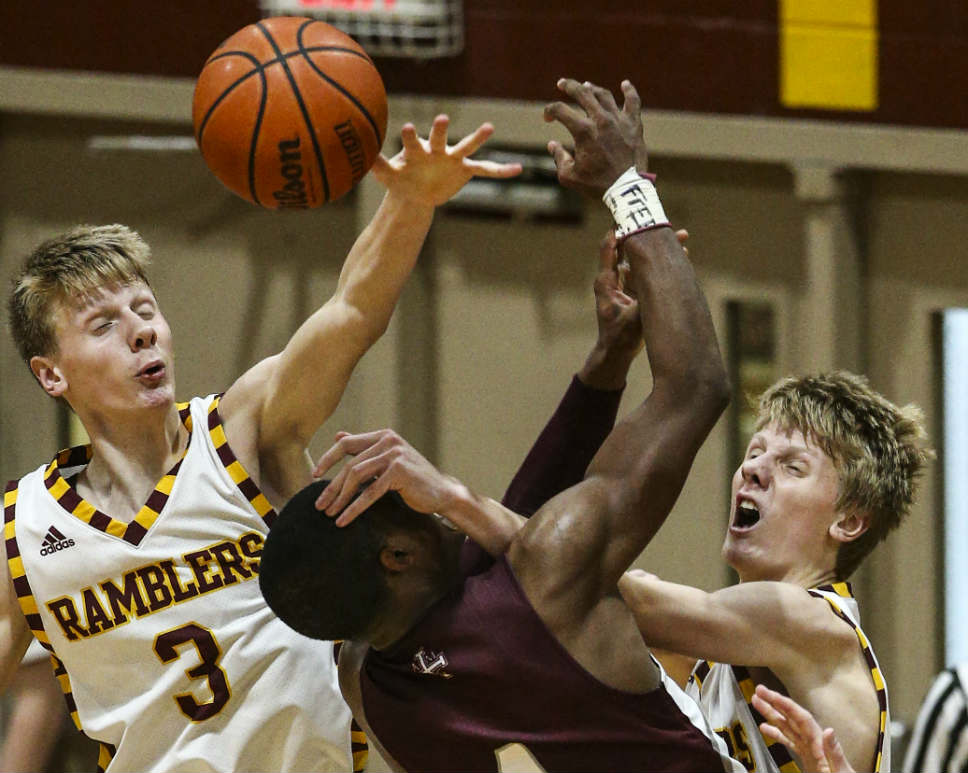 A team of Cubs hit the basketball court at Loyola Academy on Saturday afternoon and suffered a loss by a … run.

A 12-1 Loyola Academy Ramblers run, that is.

LA’s boys basketball team used that surge — bridging the second and third quarters — to take a 20-18 lead en route to a 39-35 defeat of Detroit Jesuit’s Cubs in a War on the Shore game in Wilmette on Jan. 27.

Detroit Jesuit (10-3), ranked No. 10 in Michigan, scored the first nine points of the game and led 18-14 at the half. LA junior guard Connor Barrett (13 points) scored six of the hosts’ 12 points in that game-turning run, and senior guard Pete Mangan (7 points, 6 rebounds) added four on back-to-back buckets to open the third quarter.

“Great win on a great day of basketball,” Ramblers coach Tom Livatino said, referring to the three-game event benefitting the Danny Did Foundation.

LA (19-3) limited Detroit Jesuit to seven points in the final frame. The Cubs’ ” clean-up” man, 6-foot-9 junior forward Jalen Thomas (10 point, 3 rebounds), didn’t tally his first points until the 3:04 mark of the third quarter. Ramblers 6-7 sophomore Bennett Kwiecinski (8 points, 6 boards) and others did a marvelous job containing the force in the paint.

Barrett’s third and final trey of the afternoon gave LA a 35-34 advantage at 2:52 of the fourth quarter.

The win upped LA’s record to 7-1 in War on the Shore games. 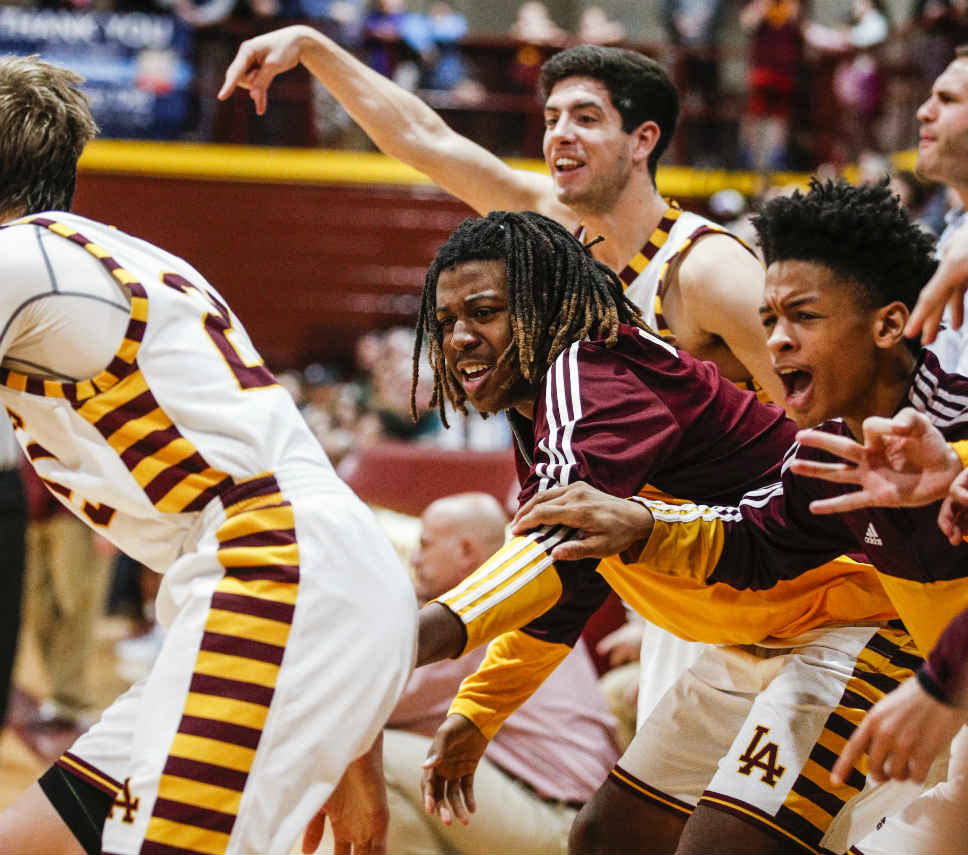 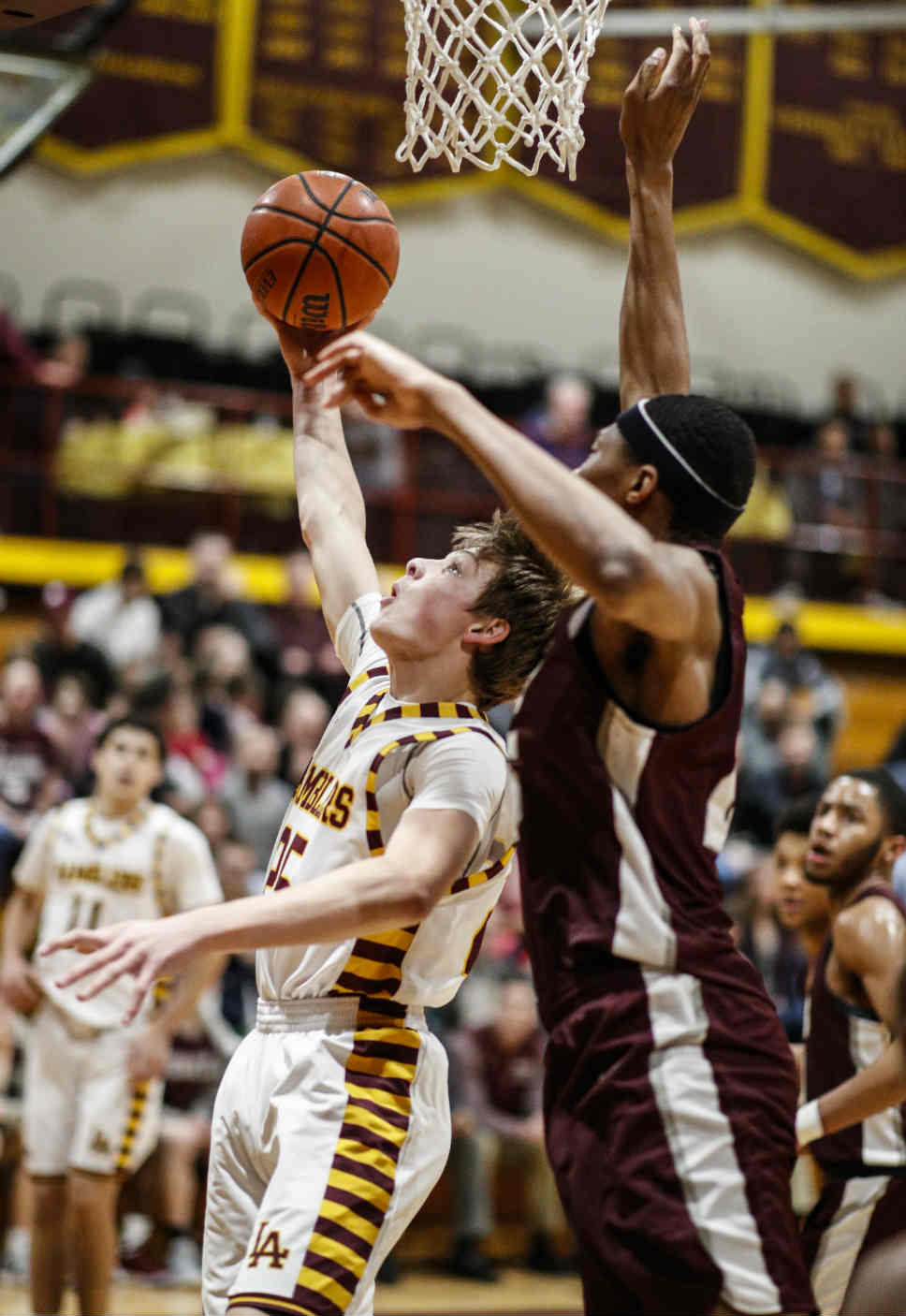 Connor Barrett of the Ramblers puts up a shot against Detriot Jesuit’s 6-foot-9 center, Jalen Thomas. PHOTOGRAPHY BY JOEL LERNER 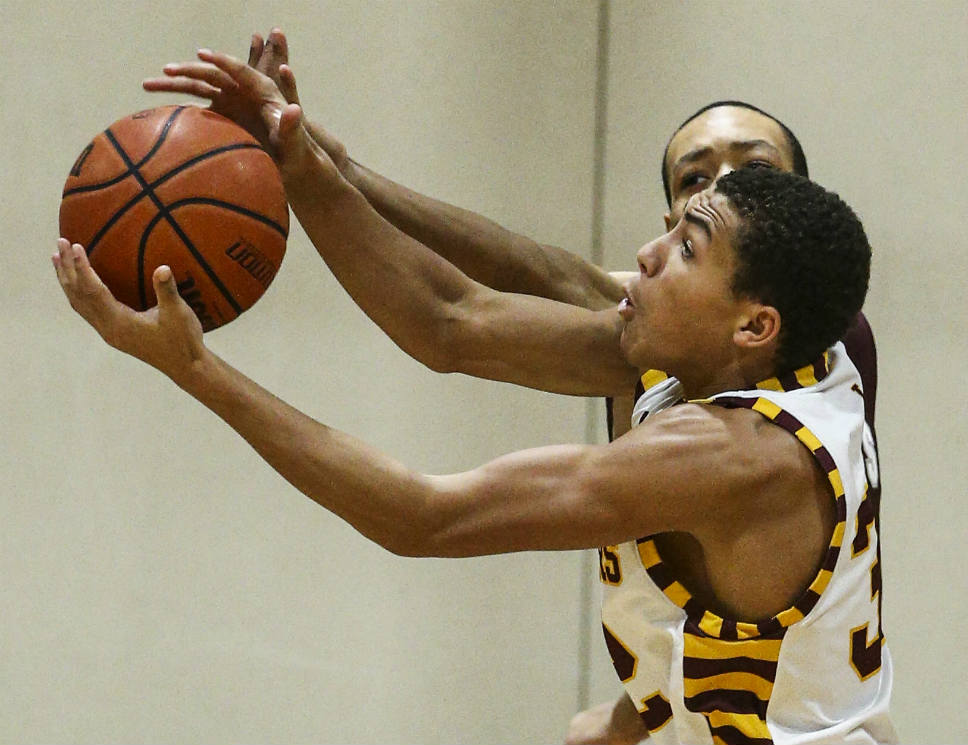 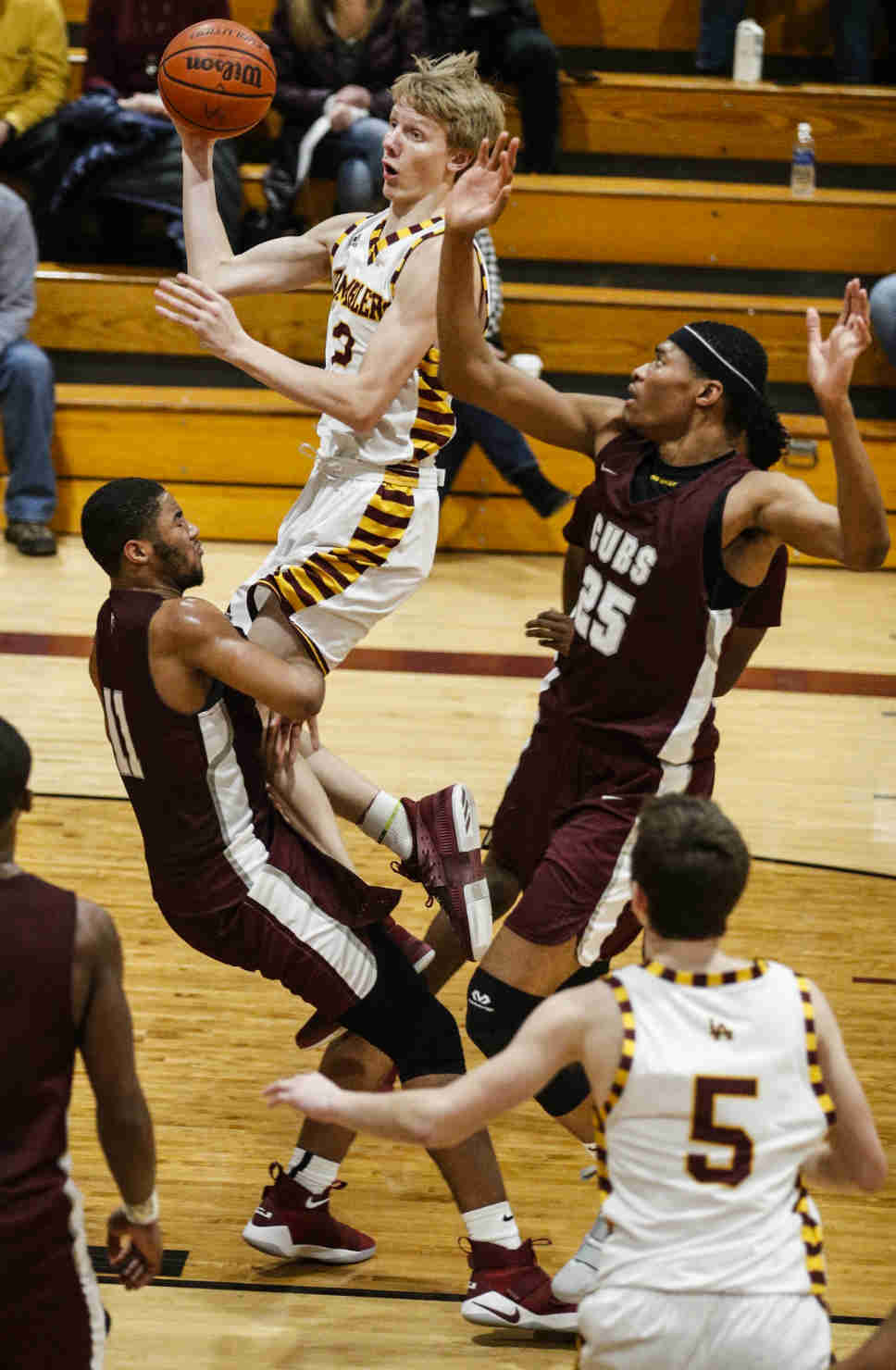 Jordan Kwiecinski of the Ramblers puts up a shot in the lane. PHOTOGRAPHY BY JOEL LERNER 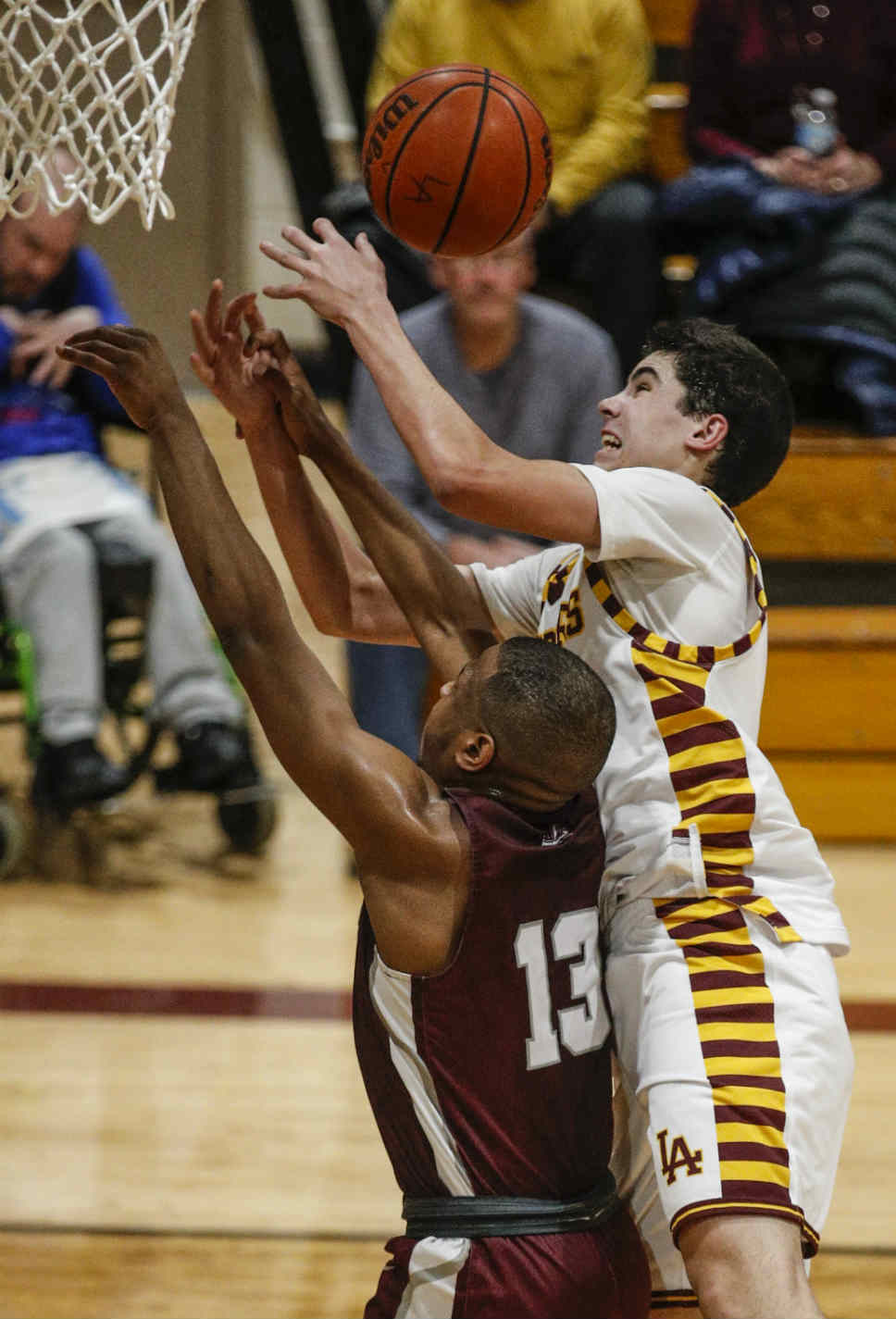 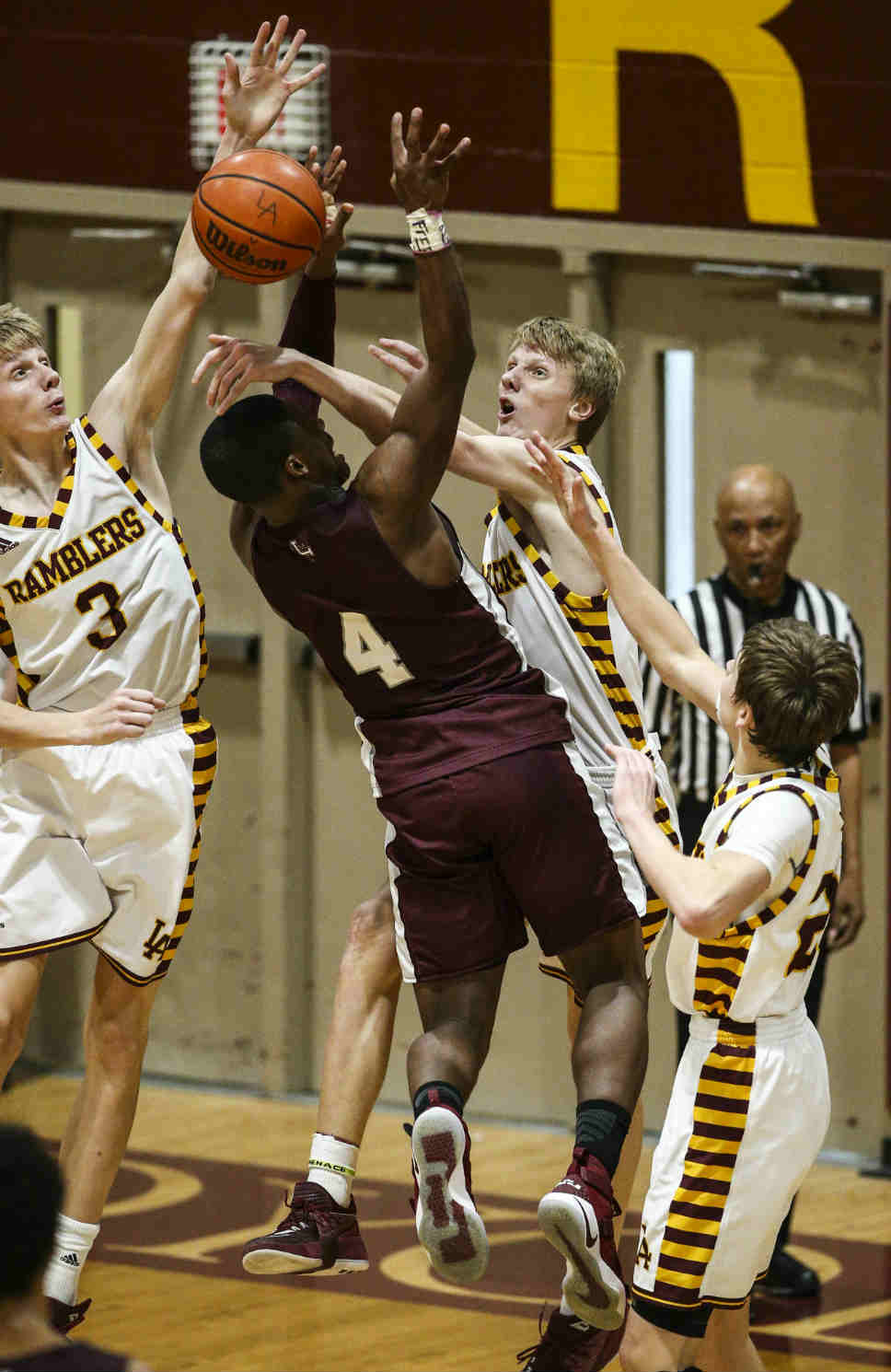