Jogmen has served in law enforcement for 24 years, most recently as Deputy Chief of Police for the City of Park Ridge Police Department. He has also served as a Public Safety Assessor for Stephen A. Laser and Associates and Personnel Strategies and is a member of the International Association of Chiefs of Police, Illinois Association of Chiefs of Police, North Suburban Chiefs Association, Northeast Illinois Public Safety Public Information Officer Association as well as other organizations. He has a Bachelor’s degree from the University of Illinois in Champaign-Urbana, a Master’s degree from Roosevelt University in Chicago, and a graduate from Northwestern University’s Executive Management and Police Staff and Command Program.

“Chief Jogmen is an experienced, innovative, collaborative police leader with strong managerial and community outreach skills,” said City Manager Ghida Neukirch. “Throughout his career, Jogmen has focused on building and maintaining public trust and enhancing effectiveness through training, teamwork, community involvement, and technology. His record of fairness and transparency combined with his approach to policing aligns with the City’s efforts in prioritizing public safety and community vibrancy.”

Chief Jogmen will serve as Highland Park’s Police Chief beginning on February 23, 2018, replacing Interim Chief Mark Fleischhauer. The community is invited to a “Meet the Chief” reception on Thursday, March 1, 2018 from 4:00 PM to 6:00 PM at City Hall. 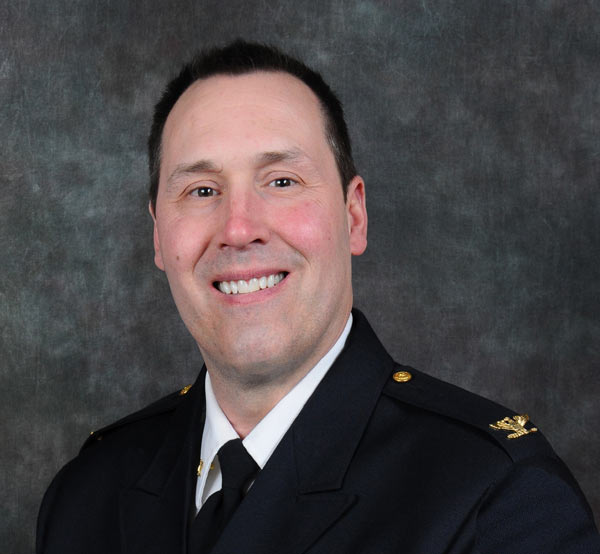 “Highland Park is a well-respected community with a phenomenal nationally accredited Police Department. I am honored to be able to serve the community as the City’s next Police Chief and look forward to working collaboratively with City staff, the City Council, residents, businesses, and community groups,” said Jogmen. “As Police Chief, I will work closely with the Police Department team to ensure our residents and visitors continue to receive the very best in public safety services through interactive and community focused policing and outreach. I look forward to starting in my new role and am excited about the opportunity to serve Highland Park.”

The City worked with an executive recruiting firm and received more than one-hundred applications for the position. The position profile was established based on feedback from Police Department employees and other City representatives. The interview teams consisted of the Mayor and City Council, City Manager, Department Directors and other professionals.

Submitted by the City of Highland Park