If only I had brought a bunch of apples with my pad of paper and pen.

Well into my breakfast with Todd Nahigian at Egg Harbor Café in Lake Forest, the Committee Representing Our Young Adults (CROYA) manager informs me he loves to juggle.

“I started juggling when I was 12,” Nahigian — 47 years old and a perpetually animated father of 9-year-old twin daughters Addison and Brooke — says over his order of a glass of water and a skillet (no eggs) of bacon, ham, sausage, cheese and potatoes.

“Baseballs; I started with baseballs,” he adds. “I now juggle apples, sometimes while entertaining people at parties. Oh, and I eat them while I’m juggling them.”

“Teens want to be unique and fit in and be accepted … that’s not always easy,” says Nahigian, hired as a CROYA youth worker in 1995, a position he held until 2000. “But here’s the scary part: Teens are afraid to let go of friends, even the friends who are negative influences, because teens have a fear of having no friends.

“Teen years,” he adds, “are loaded with ups and downs and struggles. At CROYA, one of our goals is to connect kids with others and help them discover they are not alone. That’s a huge eye-opener for some, knowing others are out there dealing with the same kind of volatility and identity issues.” 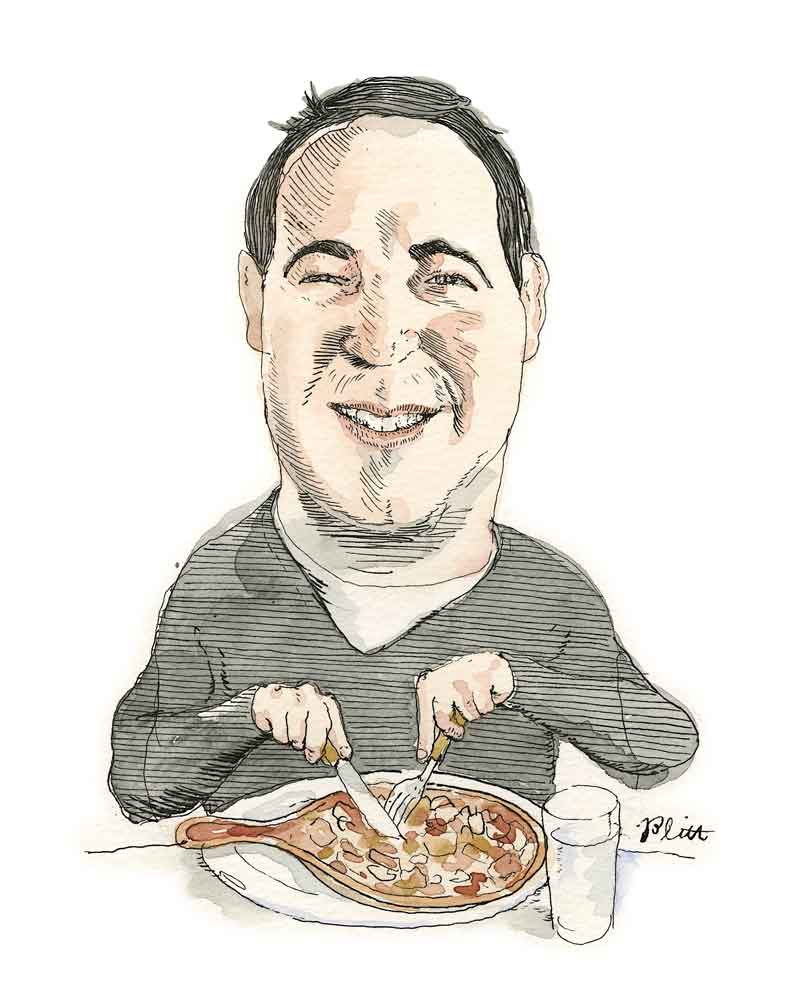 While serving as a Northern Suburban Special Education District (NSSED) youth counselor, he ran into Lynne Siegel — another 1988 Glenbrook South graduate — at Lake Bluff Middle School one day. Siegel was there to promote CROYA programs.

“Lynne told me about an opening [for a youth worker] at CROYA,” recalls Nahigian, who had experience as a camp counselor and youth baseball umpire. “She knew I was outgoing, cared about kids and the community, and that I was passionate about working with kids. My final interview with CROYA was with teens; that was intense. They wanted to know my commitment, hoping it was five years. Five years — I loved hearing that.”

What he was excited to hear at Wildfire, a restaurant in Lincolnshire, circa 2001: “Yes.” His girlfriend, Amy, had uttered the word. Nahigian had proposed to her at their table.

“We had our first date at that restaurant, back when Match.com was fairly new,” says Nahigian, a Lake Zurich resident. “I had to ask her to marry me there a year and a half later; that was our place, a special place. The wait staff knew what was coming.

We return to the topic of CROYA. The organization’s 11-week Peer Training program is on his mind. CROYA staff and social workers at Lake Forest High School meet with students once per week during the students’ study hall periods. The course teaches active listening, problem solving and how to be an effective leader — in and out of school — and a better friend.

“The program was designed with the understanding that a kid in need will likely turn to a peer for help before he or she turns to an adult,” says Nahigian, CROYA’s manager since 2010. “The course provides youth with tools to support themselves and others when they are dealing with difficult issues, and it encourages youth to find an adult when situations are serious.

“We can’t do this alone, and that’s why we work closely with schools and principals.”

Nahigian played baseball in his freshman year at Glenbrook South. Music then entered his life. Goodbye, bat and glove. Hello, trumpet and marching band. He performed “America the Beautiful” with band members at Soldier Field during halftime of a Chicago Bears game in 1987.

“My parents [Dee and Mary Ellen] were extremely supportive when I was young, always interested in what I was doing,” says Nahigian, who has two brothers and a sister. “They wanted to know my dreams They inspired me and guided me well. Great listeners. They knew their kids would have ups and downs, and during the down times, they were there, always there, to offer support. I consider them two of my best friends.

“One of the many rewards of my career at CROYA is being able to provide kids in need with a structure and foundation to set them on a path to happiness and fulfillment.”

CROYA is located adjacent to the Recreation Center at 400 Hastings Road in Lake Forest. For more information about the organization, please visit croya.com.