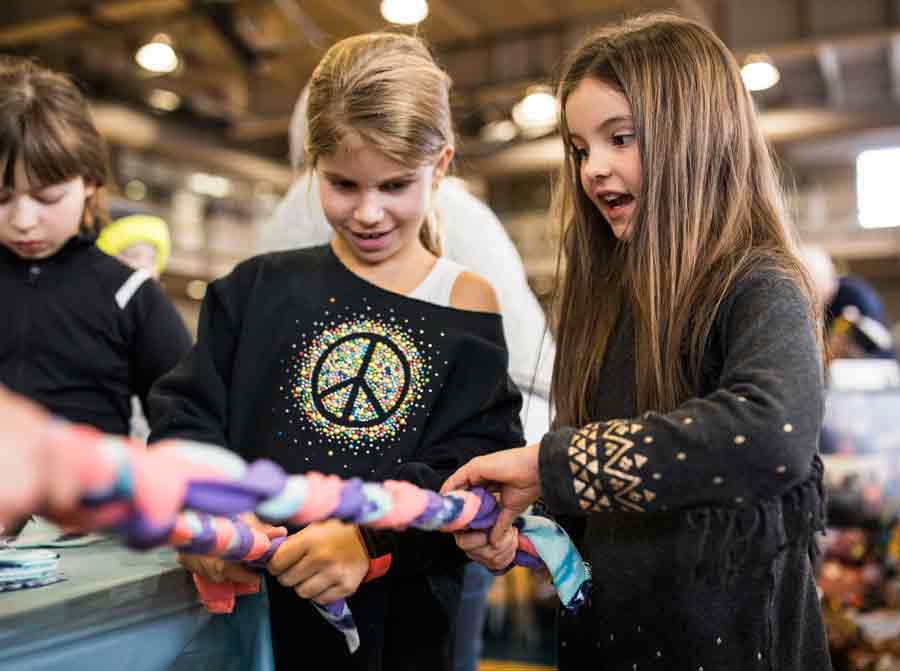 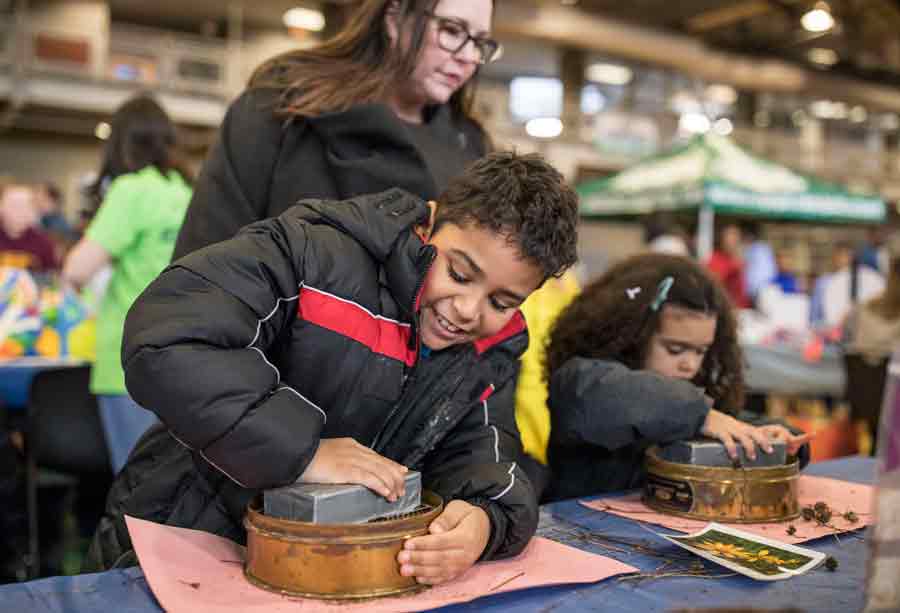 Israel, 8, and Jordan. 5, Johnson of Highland Park remove seeds from pods at Heller Nature Center during the MLK service day at the Highland Park Recreation Center. 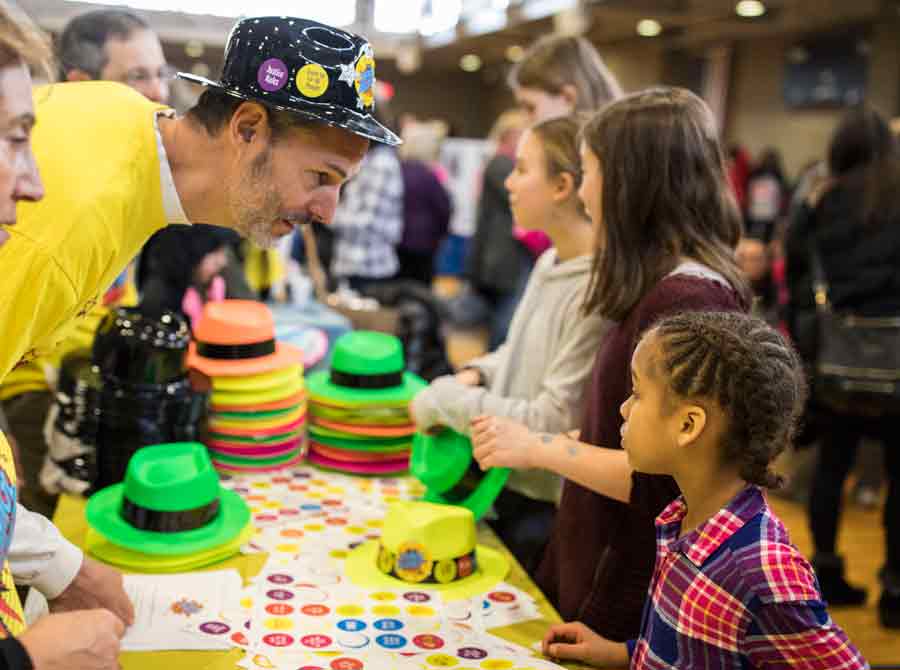 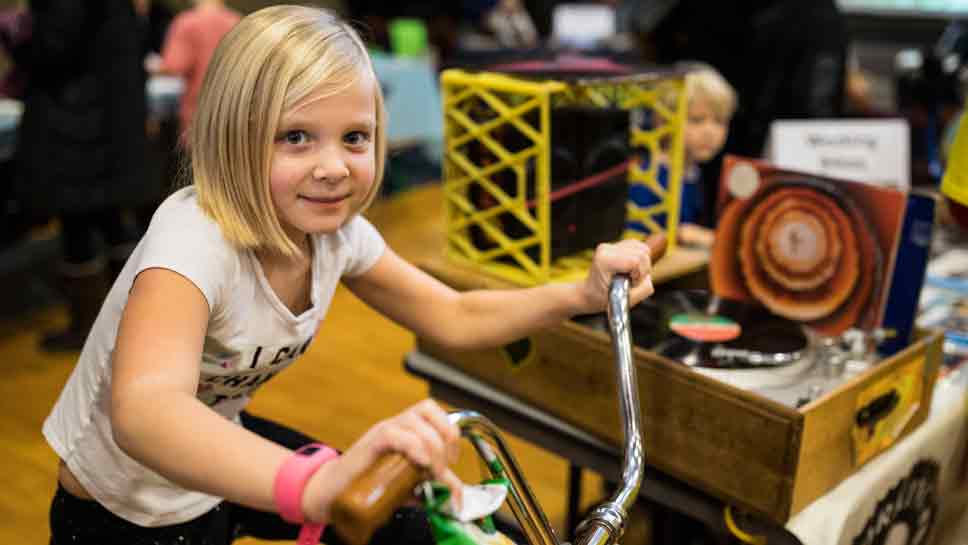 8-year-old Vivika Walter of Highland Park rides a bike that generates enough electricity to operate a record player at the Working Bikes booth. 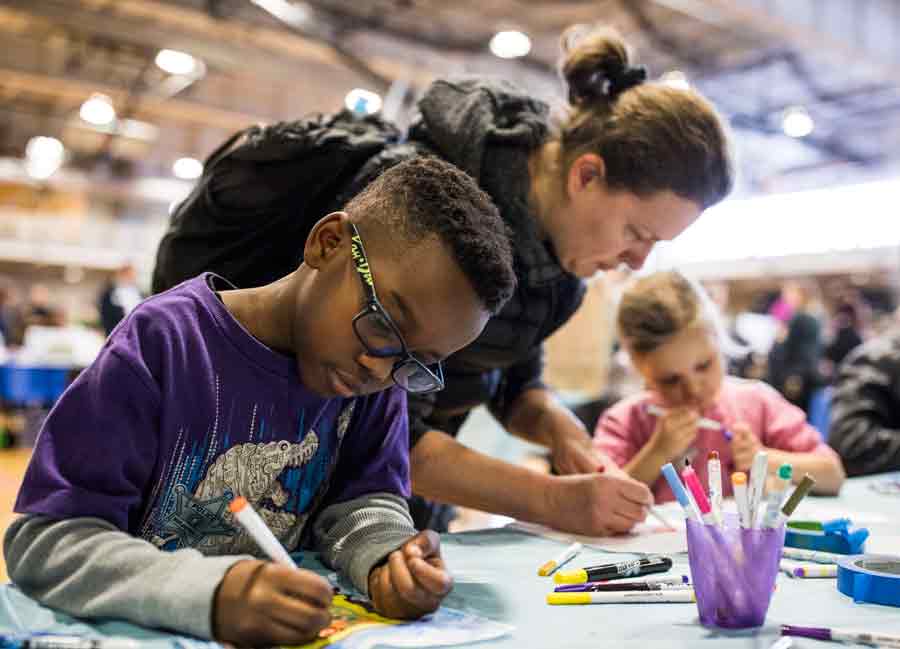 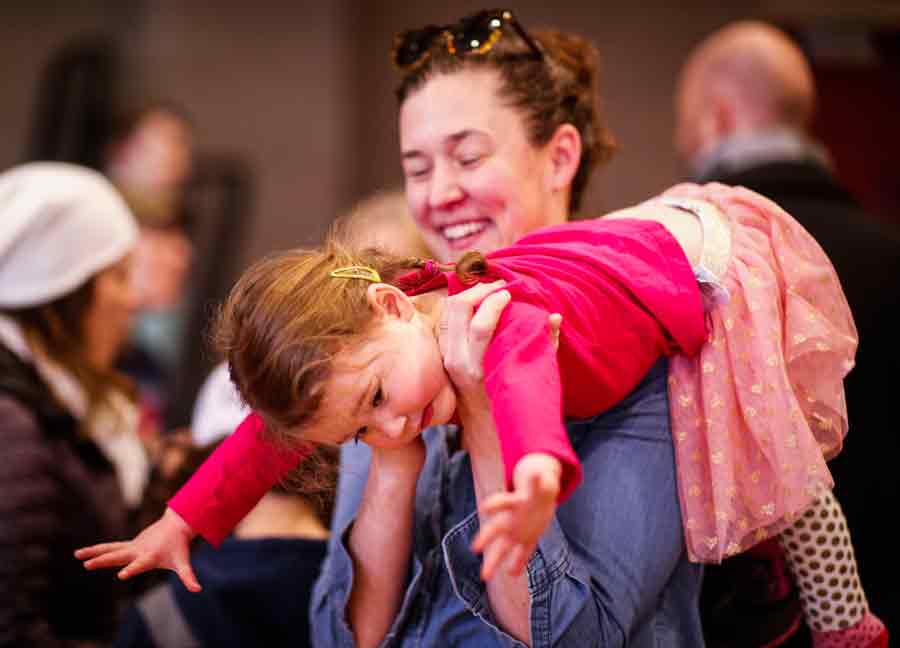 Krissa Skogen and her 2-year-old daughter, Frankie Wickett, both of Highland Park, look for their next activities. 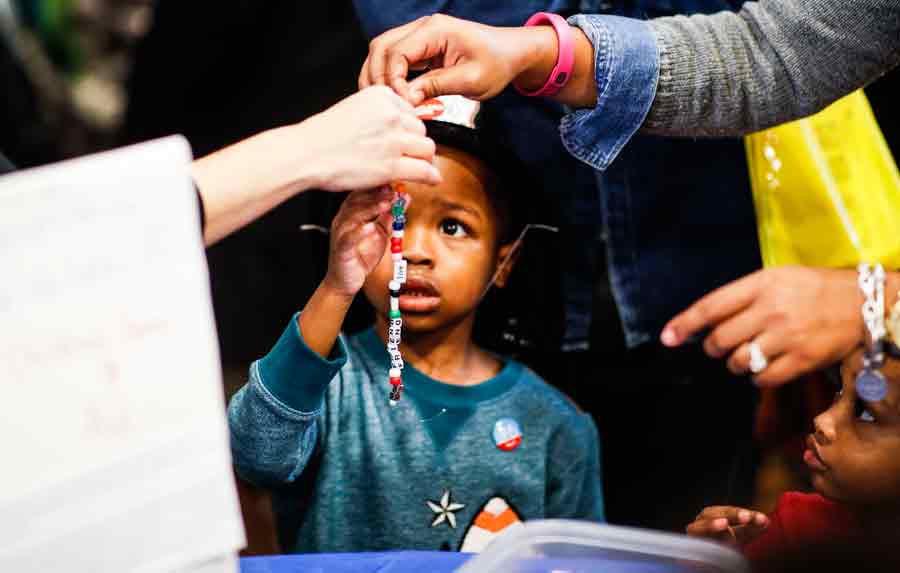 4-year-old Nmeri Oputa of Glenview keeps an eye on the friendship bracelet made at the table for Children’s Home & Aid. 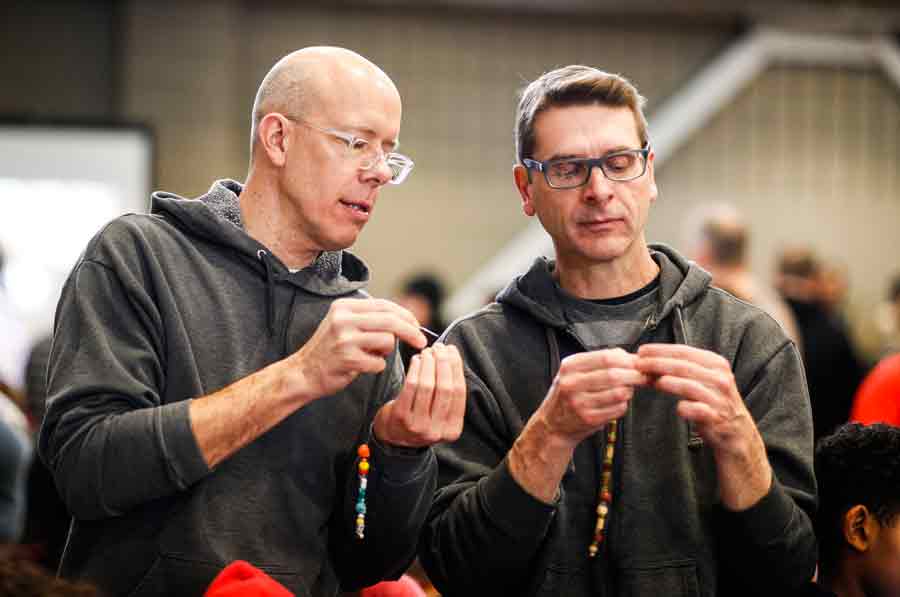 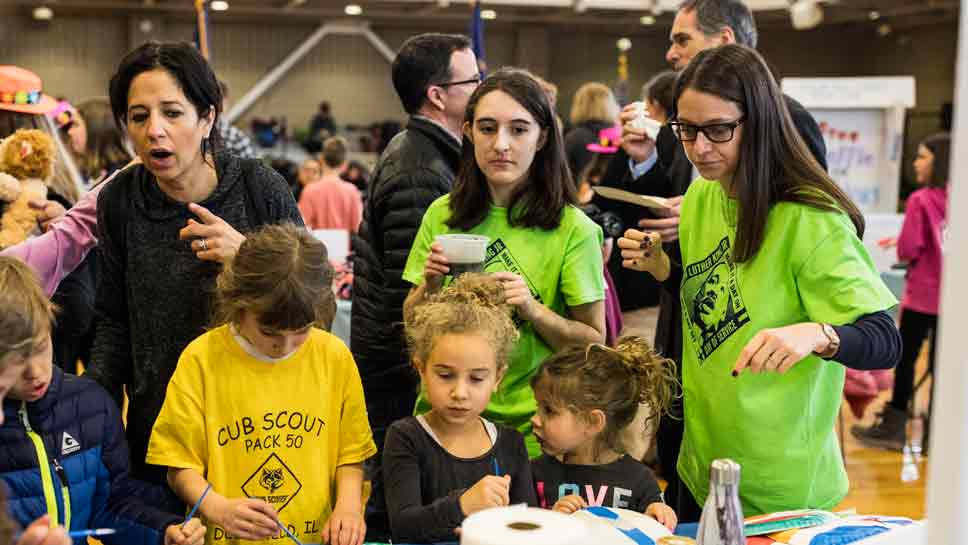 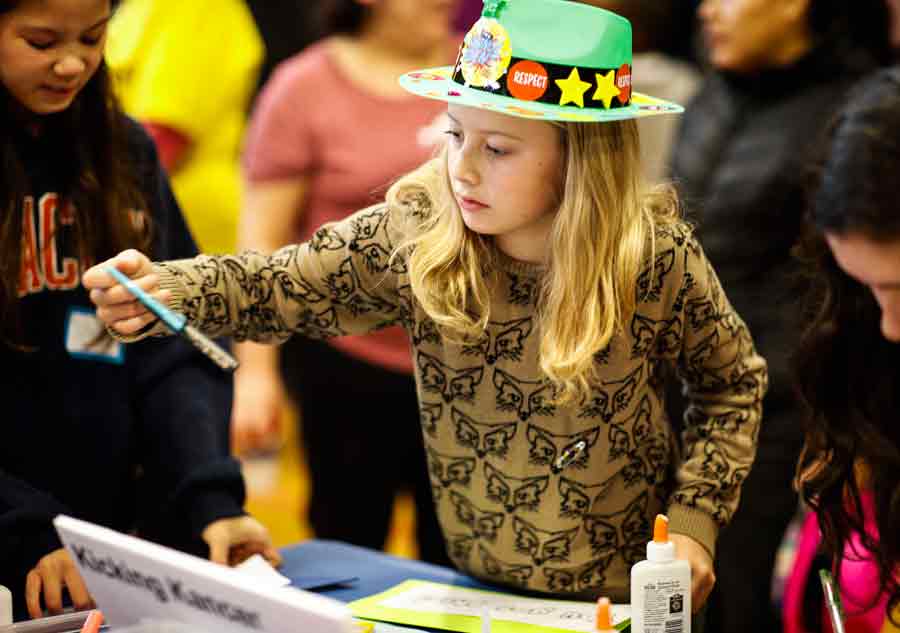 10-year-old Sophie Kegler of Chicago works at the Kicking Kancer table in conjunction with the Northwood YESS after school program. 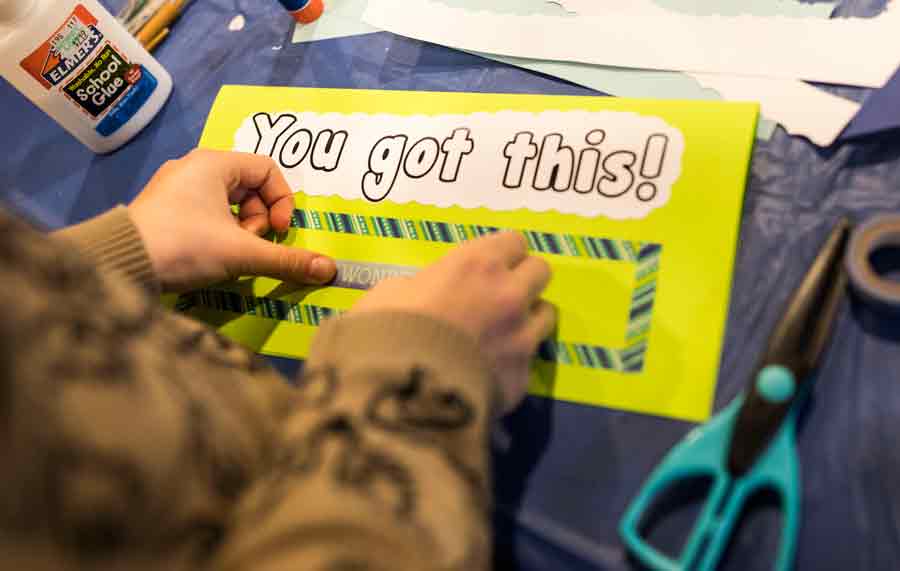