Illinois Holocaust Museum & Education Center presents the Midwest debut of Speak Truth to Power, a major touring exhibition based on the book, Speak Truth to Power: Human Rights Defenders Who Are Changing Our World by Kerry Kennedy, President of Robert F. Kennedy Human Rights. The photographic exhibition will highlight the experiences of over 40 courageous “Upstanders” and urges visitors to take action against Human Rights violations, on display from Sunday, February 4 – June 24, 2018.

The Museum will present a series of public events in conjunction with the exhibit including an opening celebration on Sunday, February 4, featuring a presentation with Kerry Kennedy who will share insights on the exhibit, her book, as well as discuss her family’s storied tradition of public service.

In partnership with Lookingglass Theatre Company, a live performance of Ariel Dorfman’s powerful drama Voices from Beyond the Dark, based on interviews Kennedy conducted with a wide range of world activists will take place at the Museum on March 26.

“The Illinois Holocaust Museum celebrates the courageous actions of activists and provides its visitors the tools that allow them to play a role in the global fight for justice,” said Kennedy. “This is why I am so proud to bring Speak Truth to Power to this innovative Chicagoland museum. It is the perfect fit.”

The exhibit follows the grand opening of the Museum’s new multi-million-dollar Take a Stand Center, an immersive permanent exhibition with a forward-looking emphasis on multiple areas of social justice. The Center furthers the Museum’s mission of empowering people to stand up for humanity by moving visitors from Knowledge to Inspiration to Action through three interactive galleries: the Abe & Ida Cooper Survivor Stories Experience which features  groundbreaking, three-dimensional technology enabling one-on-one conversations with 13 recorded Holocaust survivors  via 3-D holography and voice recognition, preserving their stories into perpetuity; the Goodman Upstander Gallery, a showcase of 40 courageous “Upstander” stories throughout history and today, striving in the areas of civic, social, economic and environmental rights; and the Take a Stand Lab, which provides hands-on tools and strategies for affecting change and becoming an Upstander in local communities. 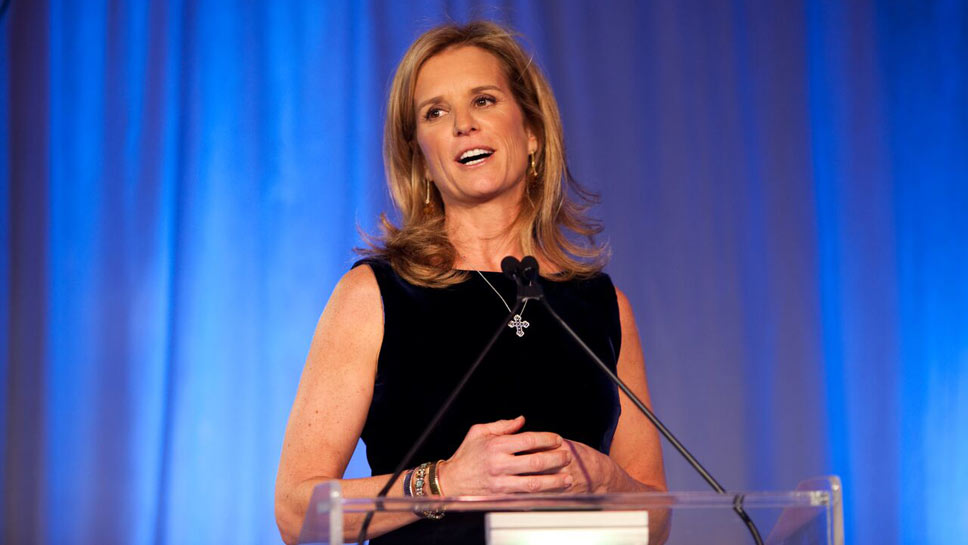 Illinois Holocaust Museum & Education Center, located at 9603 Woods Drive, Skokie, IL, honors the Survivors and victims of the Holocaust and transforms history into current, relevant, and universal lessons in humanity. Through world-class exhibitions and programs, the Museum inspires individuals and organizations and provides a universal wake-up call to action: Take history to heart. Take a stand for humanity. The Museum is open daily from 10:00 a.m. until 5:00 p.m. and Thursday evenings until 8:00 p.m.  Learn more at www.illinoisholocaustmuseum.org. #TAKEASTAND

For more than thirty years, Kerry Kennedy has devoted herself to the pursuit of equal justice, the promotion and protection of basic rights and the preservation of the rule of law. She has led hundreds of human rights delegations in the areas of children’s rights, child labor, disappearances, indigenous land rights, judicial independence, freedom of expression, ethnic violence, impunity, and the environment. She has also concentrated on women’s issues, exposing injustices on honor killings, sexual slavery, domestic violence, workplace discrimination, sexual assault and abuse of prisoners. Kennedy served as Chair of the Amnesty International USA Leadership Council for over a decade and has served on the board of directors of the United States Institute of Peace, Human Rights First, HealthEVillages and Inter- Press Service (Rome, Italy). She is a patron of the Bloody Sunday Trust (Northern Ireland) and serves on the Editorial Board of Advisors of the Buffalo Human Rights Law Review. She is on the Advisory Committee for the association of American Indian Affairs; International Campaign for Tibet, the Global Youth Action Network, and several other organizations. She also serves on the Advisory Board of the Albert Schweitzer Institute.

About Robert F. Kennedy Human Rights
Under Kennedy’s leadership, Robert F. Kennedy Human Rights has supported defenders in the field with advocacy, litigation, and training; brings human rights to students in the classroom with its innovative Speak Truth to Power curriculum; and engages the financial community about sustainable investing and the intersection between business and human rights.