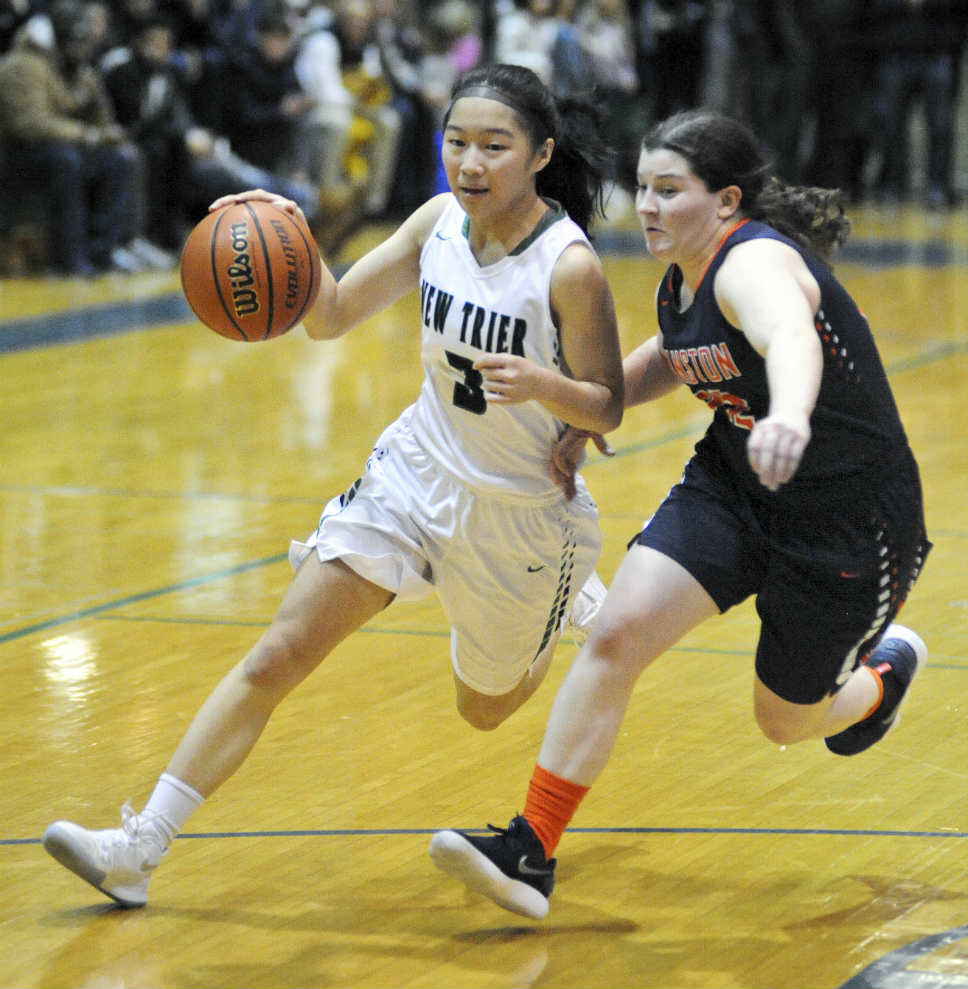 It looked rather bleak.

But the Trevians refused to wilt on a bitter-cold night, taking a 35-34 lead in the final minute of the third frame; it was their first advantage since 3-2 (on a trey from senior guard Cate Murdock) at 6:08 of the first quarter.

Evanston’s Wildkits then used a 12-2 run in the fourth quarter to regain control and escaped with a 52-45 victory in Winnetka.

“We dug ourselves too big of a hole; we couldn’t get out of it,” Trevians coach Teri Rodgers said. “[Evanston sophomore guard Kayla Henning] did a great job of taking over.

“We battled and played hard. I liked our resiliency.”

NT fans loved Tinah Hong’s 11-point effort. The sophomore reserve guard netted five of the Trevians’ first eight points and hit her team’s biggest bucket of the night — a three-pointer with 24 ticks left in the third quarter, the shot that gave NT that 35-34 edge.

The hosts, down 25-18 at the half, opened the final quarter with a pair of baskets, one each by senior guard Maggie Murdock and senior forward Jacqueline Vinson, to take a 39-36 lead. The game, in essence, turned into The Kayla Henning Show from there, with the dynamic guard pouring in eight of her game-high-tying 14 points.

Cate Murdock paced New Trier (14-5, 4-2 in the Central Suburban League South) with 14 points and seven rebounds. Vinson (4 boards) scored all seven of her points in the second half.

Evanston won the teams’ first meeting this winter on Dec. 1.