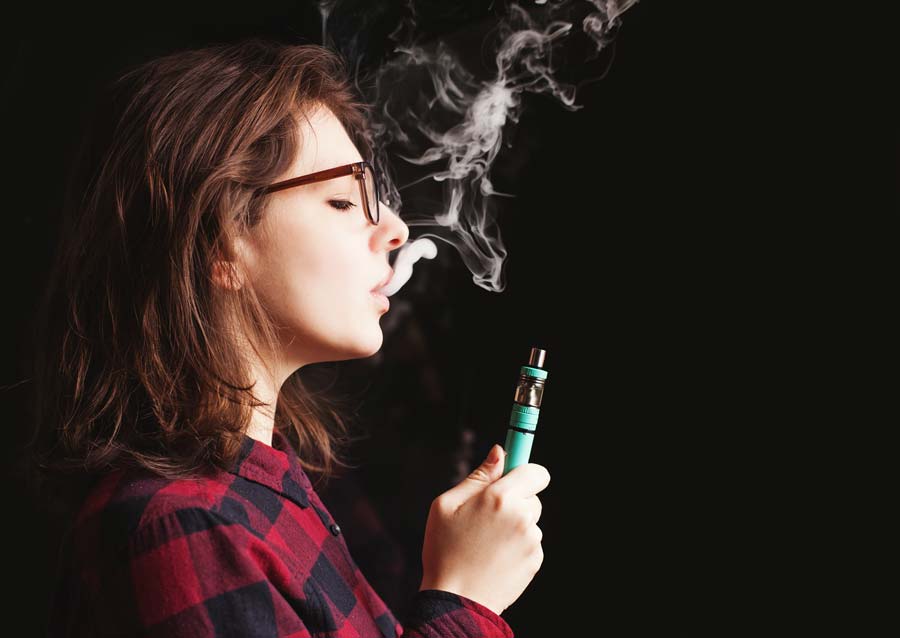 Bubble pop, zebra stripe gum, yummy bear, Swedish candy. What sounds like an assortment of enticing candy are in fact flavors of liquid used for vaping, which is on the rise among middle school and high school students across the country.

“It’s not just for kids who have been drinking or smoking before,” said Andy Duran, Executive Director of LEAD, a nonprofit organization based in Lake Forest dedicated to preventing alcohol, drug use and other at-risk behavior in youth.

According to Duran, kids who otherwise have not experimented with alcohol or drugs are trying vaping for the first time, because e-cigarettes are trendy, taste good and don’t smell bad. Kids are drawn to vaping because it looks “cool,” is endorsed by celebrities and athletes, and comes in flavors that appeal to adolescents, Duran said.

E-cigarettes or vapes — rechargeable devices that have a refillable tank that holds a liquid flavor compound, aka “juice” — first hit the market in 2003. E-juice, which may contain nicotine, marijuana, as well as propylene glycol, vegetable glycerine and other ingredients, is vaporized by a heating element to produce an aerosol users inhale, according to the FDA.

As of 2016, the FDA has authority to regulate e-cigarettes, but key provisions have been delayed by the Trump administration, The Washington Post reported. While some provisions remained intact —such as prohibiting sale to anyone under 18 years old and the distribution of free samples — others provisions that would have required addictiveness warning labels or information about what ingredients e-cigarettes contain, have been delayed, according to The Washington Post article.

More than 2 million adolescents use e-cigarettes, according to the FDA. Experts are raising concerns that a new generation of youth are at risk of nicotine addiction, and many worry that vaping is a gateway to more at-risk behavior. 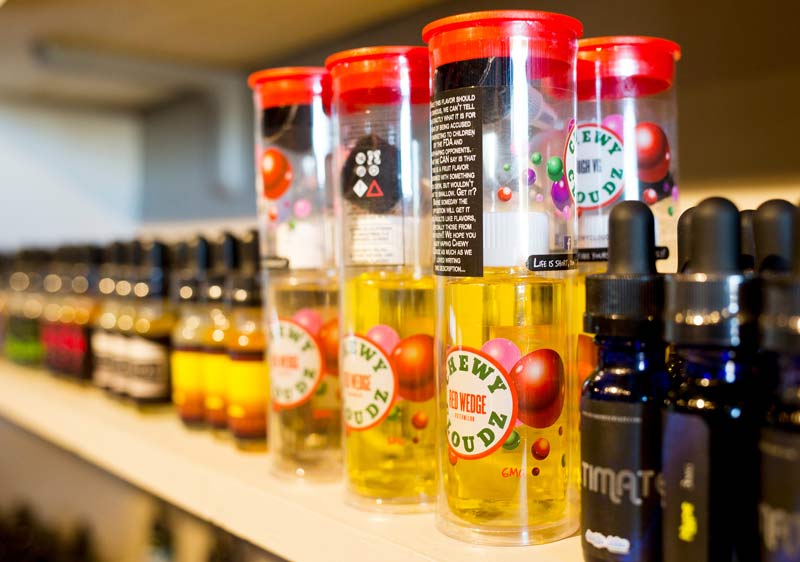 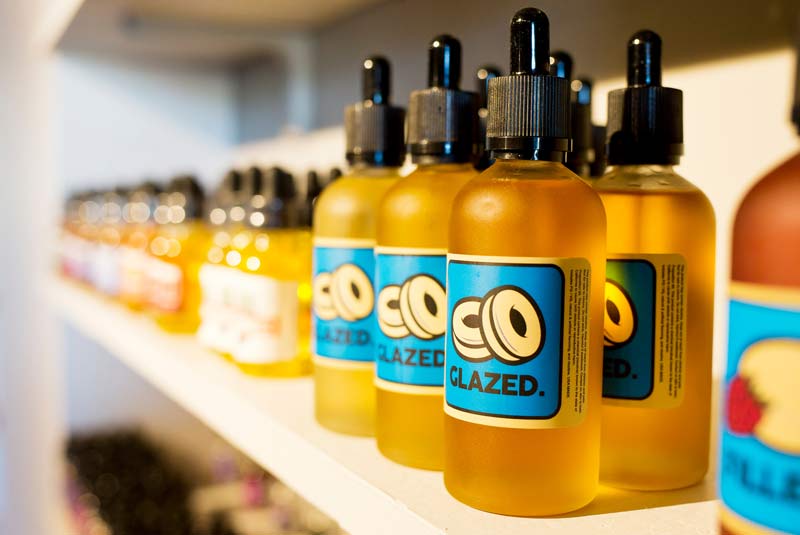 A variety of vaping flavors

A study published by the American Academy of Pediatrics in December of 2017, found that kids were nearly four times more likely to use cigarettes if they had vaped. Indeed, teens who use e-cigarettes are 30.7% likely to start smoking within six months, compared to 8.1% for teens who have never vaped, according to the National Institute on Drug Abuse.

The North Shore has experienced an uptick in vaping among teens in the past year, with the appearance of the JUUL device on the market, according to Duran. The JUUL  device is popular among teenagers and is known as the “stealth vape,” Duran said. That’s because it looks a lot like a USB thumb drive and can go un-noticed by adults.

Duran says there are myths surrounding vaping, with many teens believing that e-juice is just flavored water. But the popular JUUL device is sold in sets of four pods, with each pod contain 5% nicotine by weight, approximately the equivalent of one pack of cigarettes. Juice also contains propylene glycol or “PG,” which was approved by the FDA for food but not to inhale into the lungs, Duran noted.

While the sale of e-cigarettes to youth under 18 years old is prohibited, that does not stop interested teens.

“A lot of the same way that kids get alcohol, is the same for vapes,” Duran said.

There are vaping stores in surrounding North Shore suburbs, as well as a store right in Highwood, and many teens purchase devices and juice on the internet. The majority of companies require a birthdate to enter a vape site, but don’t require any identification. And while shipments are supposed to require a signature, many packages are just shipped to the door, according to Duran.

At this point, there are no long-term studies to see the longterm effects substances have on people, and what long-term consequences may exist.

So what’s a concerned parent to do? Duran, who holds educational seminars at schools and elsewhere up and down the North Shore, advises to start with a conversation. Ask your teen what they’ve heard about vaping, do they know anyone who has vaped and what are the views they hear, he said.