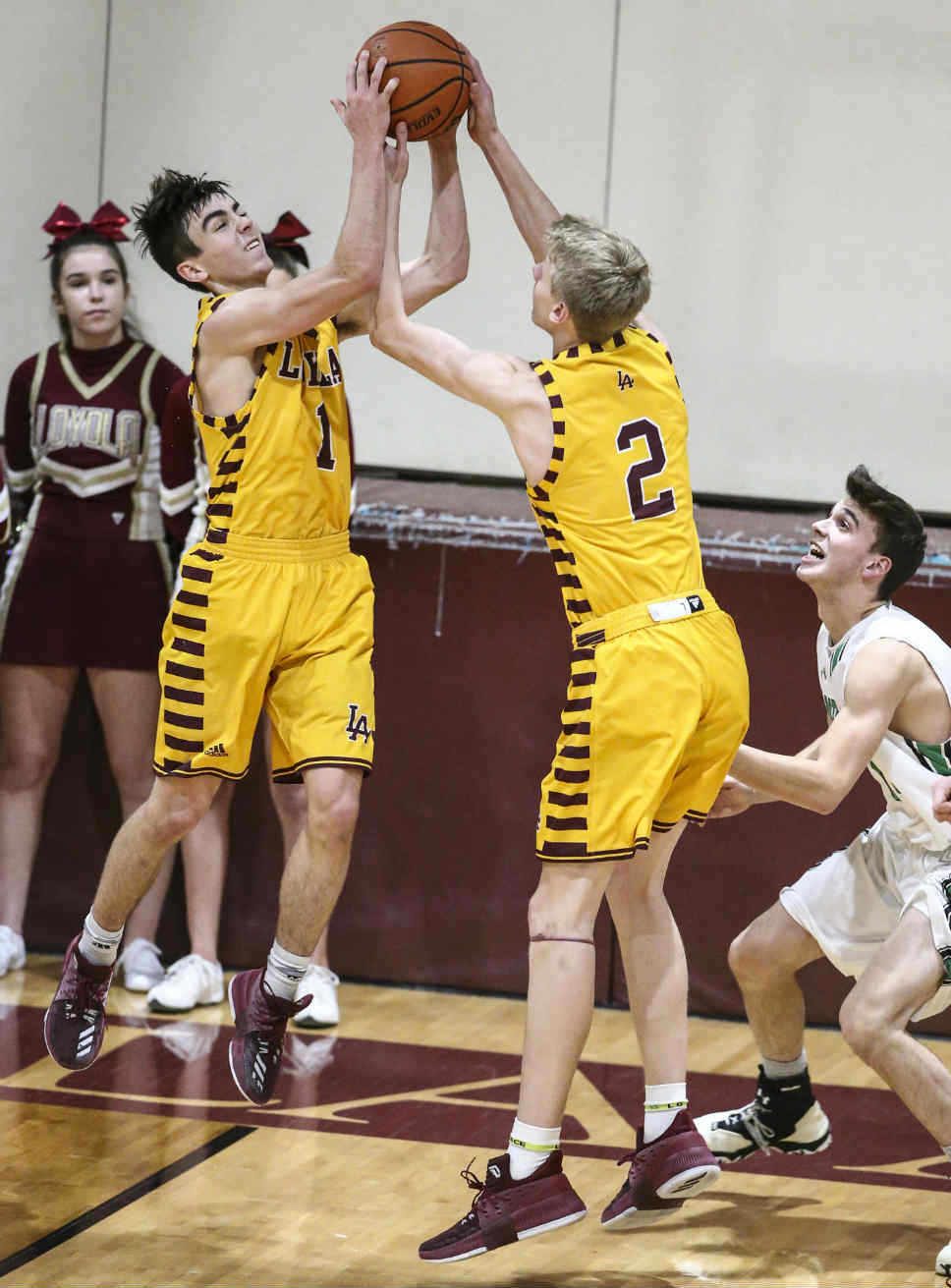 Loyola Academy’s Kevin Cunningham (left) is one of the top candidates for Player of the Year honors in the DailyNorthShore.com area. PHOTOGRAPHY BY JOEL LERNER

And how are the teams in The North Shore Weekend circulation area doing at the midpoint of the season?
Here’s our take:

Player of the Year Candidates

• Glenbrook South’s Gavin Morse. Like McMahon, he’s a soccer standout for the Titans. He’s got a nice feel for the game.
• Lake Forest’s Sean Trkla. Senior guard brings energy to the court. He’s an effort guy. A hustler. He’s steady on both ends of the court.
• Highland Park’s Tyler Gussis. He excels on the baseball field, while he’s a valuable blue-collar player on the basketball court. He doesn’t make a lot of mistakes, while he plays             much bigger than his 6-1 frame. He’s more than willing to do the dirty work underneath.
• Lake Forest Academy’s Benjamin Canady. He continues to draw raves from the LFA coaching staff. He’s a glue guy for the Caxys (8-4).
• Glenbrook North’s Max Knebelkamp. Senior guard is extremely athletic who finds a way to help his team succeed. He’s averaging 8.0 points per game, while he leads GBN in assists and steals.

Players on the Rise