The fatal shooting in Lake Forest and attempted murder in Highland Park last week are evidence that domestic violence knows no borders. It’s also on the rise in Lake County: In 2017, the 19th Judicial Circuit Court of Illinois entered 2,997 orders of protection into the system, an increase of 22.2 percent from 2016. An order of protection is a court order informing an abuser to stay away from his or her victims.

In Lake Forest, police suspect Ryan Zike, 33, shot and killed his former girlfriend, Navy Lt. Claire VanLandingham, in the parking of her apartment building before taking his own life on January 3. Two days later in Highland Park, Jose Gonzalez, 39, was charged with attempted murder and domestic battery after allegedly stabbing and critically injuring a woman with whom he shared a home.

It’s often harder for Davenport and her staff to reach victims in affluent communities, she said, because affluence is often a barrier preventing people from seeking help. 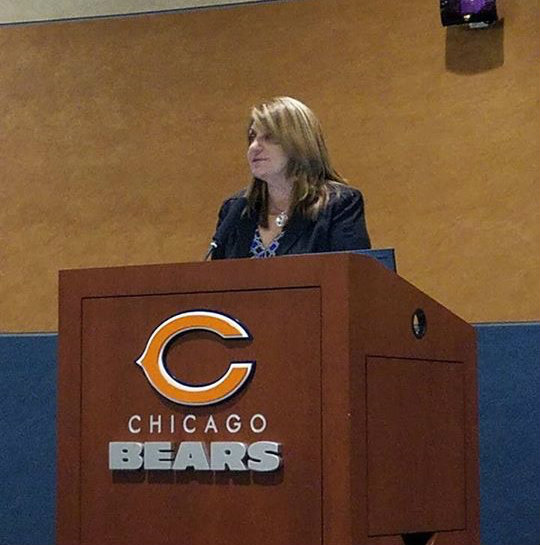 “Victims in affluent communities include doctors, lawyers, judges, and business owners. They may have the mistaken belief that domestic violence only happens to people in other communities. They may be more physically isolated from their neighbors or not supported/believed by family members. They may have a higher level of education that increases shame and self-blame,” she said.

“The Biggest problem in domestic violence is silence,” said Davenport. “It is the way cancer was 30 years ago. People will not talk about. It is very uncomfortable.”

To better serve victims of domestic violence in the southern part of Lake County, A Safe Place last year began partnering with a Lake Forest church to provide space for counseling and care of people in domestic abuse situations. It’s one of many A Safe Place facilities throughout Lake County, including support services at Lake County Courthouse; a 35-bed emergency shelter, 30 scattered houses, a 40-apartment housing facility, a Family Visitation Center for supervised visitations and monitored custody exchanges, and satellite support groups in English and Spanish in several communities throughout the county to help victims and children share their experiences and process their emotions.