HIGHLAND PARK – Police arrested a Highland Park man and charged him with attempted murder on Friday evening, January 5, after the suspect fled the scene where a woman was stabbed repeatedly and critically injured.

Highland Park police officers and fire personnel were notified at 10:15 p.m. of a stabbing that had just taken place at a home in the 1600 block of McGovern Avenue in Highland Park, according to a news release from the Highland Park Police Department. The woman was transported to Evanston Hospital in critical condition with multiple stab wounds. She was treated and stabilized. 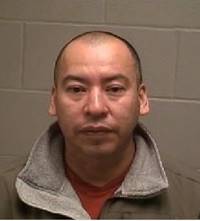 HPPD officers, assisted by several other police agencies, searched for the suspect, found him and took him into custody. They determined the suspect and victim knew each other and that the attack was not a random act.

He was transported to Bond Court on Saturday, January 6. The Chicago Tribune, citing the Lake County Jail, reported that bond was set at $300,000.

Several juvenile witnesses to the attack were injured when they attempted to stop the offender from leaving the residence, but the injuries did not require medical assistance, according to the HPPD news release. The juveniles were later turned over to local family members.

*The subject listed above has been charged with a crime. The charge is merely an accusation. The defendant is presumed innocent until proven guilty in a court of law.