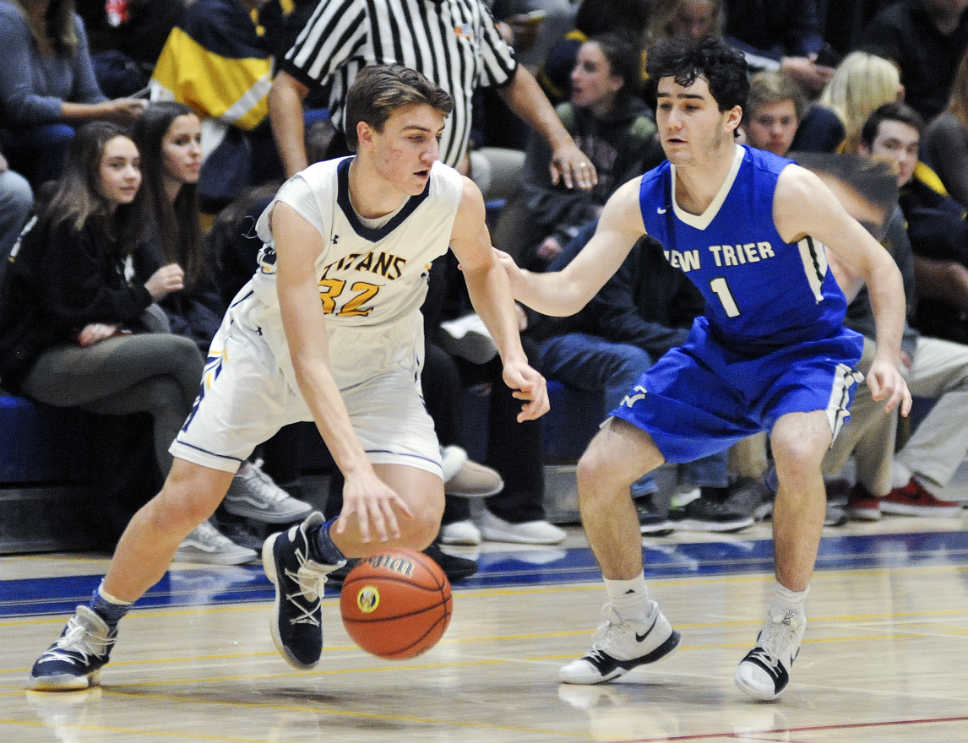 Mark this as a winnable game for ever-improving GBS.

The Titans (3-7, 0-3) were right there at the end. Sophomore Stevon Boyd made a steal to set up a last-second shot for the Titans. Mac Hubbard, who tallied 10 points in the game, had a good look from the top of the key but missed.

“GBS is a team with a lot of talent,” said New Trier head coach Scott Fricke. “A lot of their guys, like [Will] King, have been around for a while.

“And I know they got off to a tough start [1-6 record after first seven games] this season,” the coach added. “But that’s a good team that we beat tonight.”

Once again, Andrew Kirkpatrick had a big say in the outcome. After sitting out most of the first half with two fouls, the NT senior guard went to work in the fourth quarter, scoring seven of his team’s final 12 points. He ended up with nine total points.

“He’s not afraid to take the tough shots,” said Fricke.

And Kirkpatrick probably wasn’t at 100 percent.

“He was sick for eight straight days during our 10-day break,” Fricke noted.

NT’s most consistent performance was turned in by senior Griffin Ryan. The senior forward had game-highs in points (11) and rebounds (10).

The spark plug in GBS’s lineup was junior guard Jimmy McMahon (10 points). He came off the bench and hit a couple of clutch three-pointers in the second half.

First-year head coach Phil Ralston like what he saw from McMahon and Co.

“We’re not the same team that we were four weeks ago,” said Ralston. “We showed a level of patience on offense tonight that I didn’t know we were capable of.”

The GBS coach wasn’t looking for a beautiful masterpiece from his team.

“I told the kids to be grunts tonight,” said Ralston. “I told them to muck up the game.

“I like the way our guys battled,” he added. “That’s the way we have to play.”

Player of the Game: Ryan

Notable: New Trier went 4-for-15 from three-point range. Which miffed NT coach Scott Fricke. “That’s not us,” he said. “We’re a good three-point shooting team. That’s not going to happen again.” … Both coaches looked at the second quarter as the telling quarter. Four of NT’s starters, including 6-foot-9 Ciaran Brayboy and 6-8 Spencer Boehm, sat the entire period with foul trouble — and yet the Trevians were only outscored by four points, 9-5, in those eight minutes. “We needed to do a better job of exploiting that,” said GBS coach Phil Ralston. “With all of those starters out, it was amazing that were only down by three points at halftime,” said Fricke. … Sam Silverstein had a big game off the bench for New Trier. Besides his five points and four rebounds, he had a huge block in the final minute of the game. 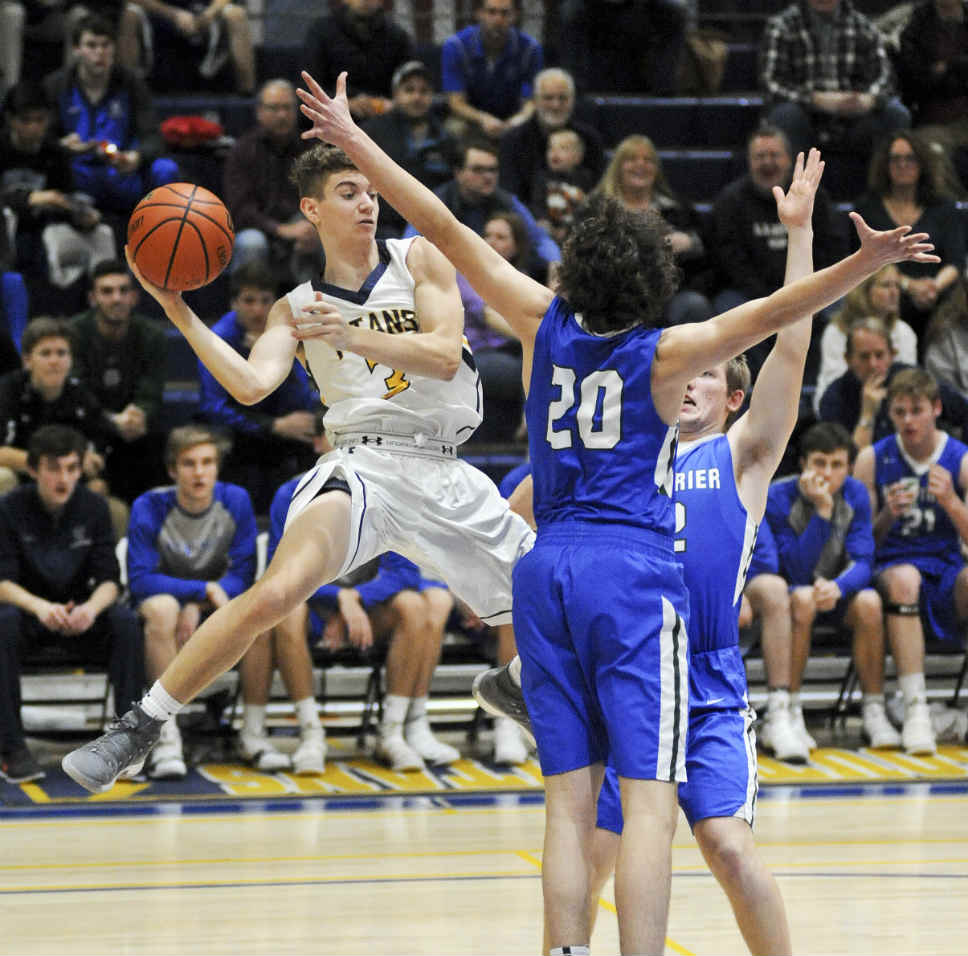 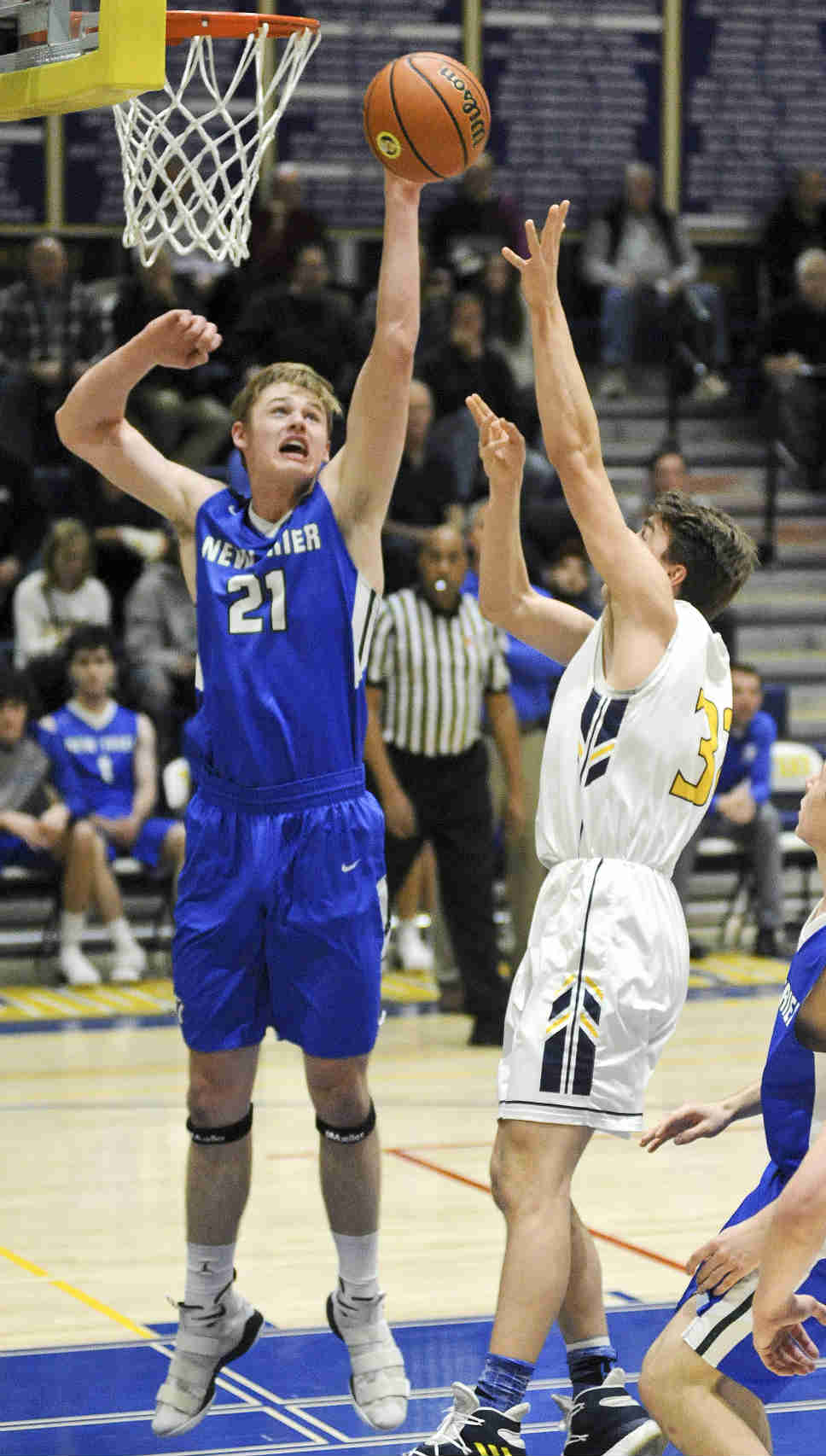 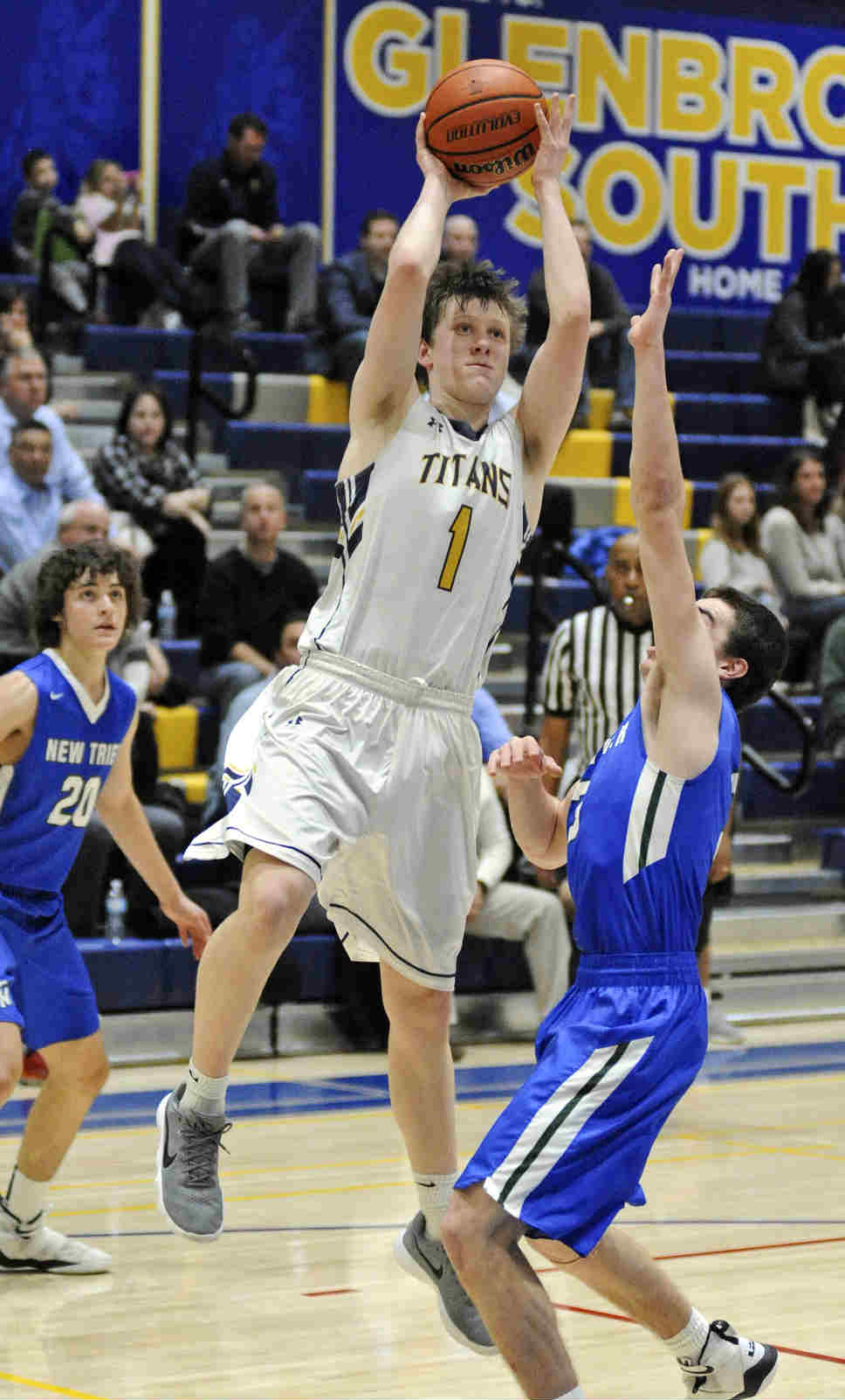 Will King of the Titans gets ready to put a shot. PHOTOGRAPHY BY GEORGE PFOERTNER 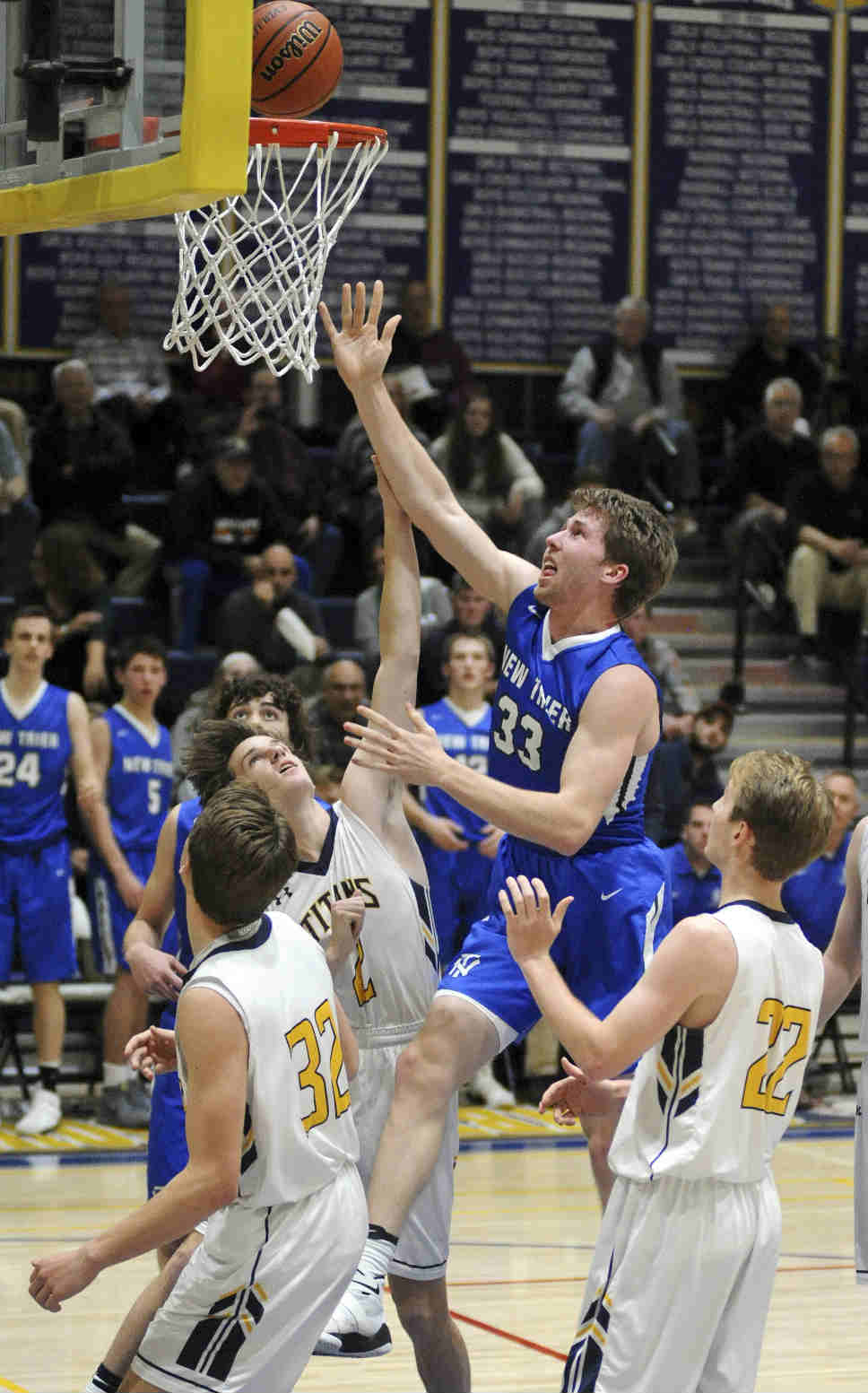 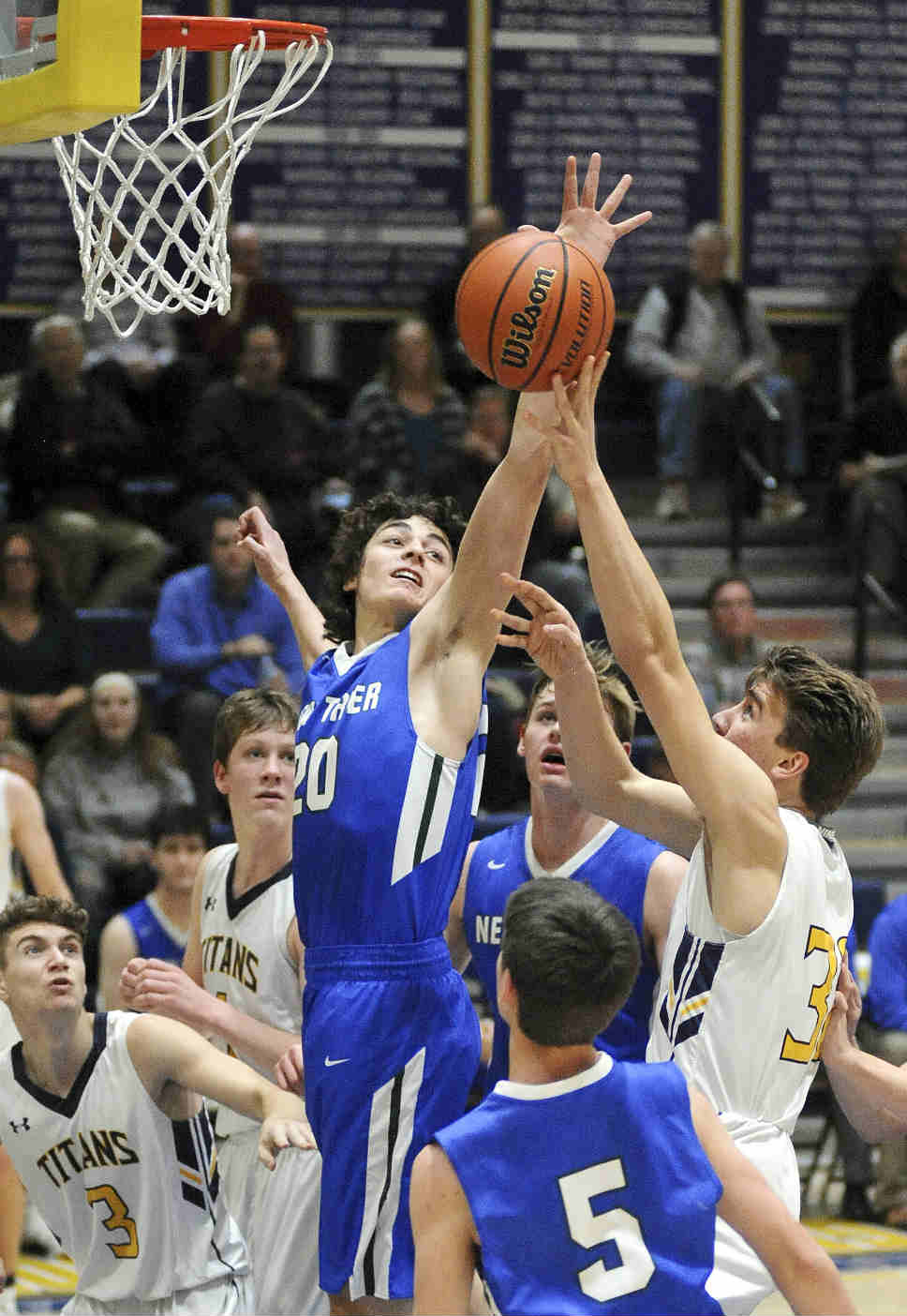 Sam Silverstein of the Trevians blocks a shot late in the game. PHOTOGRAPHY BY GEORGE PFOERTNER 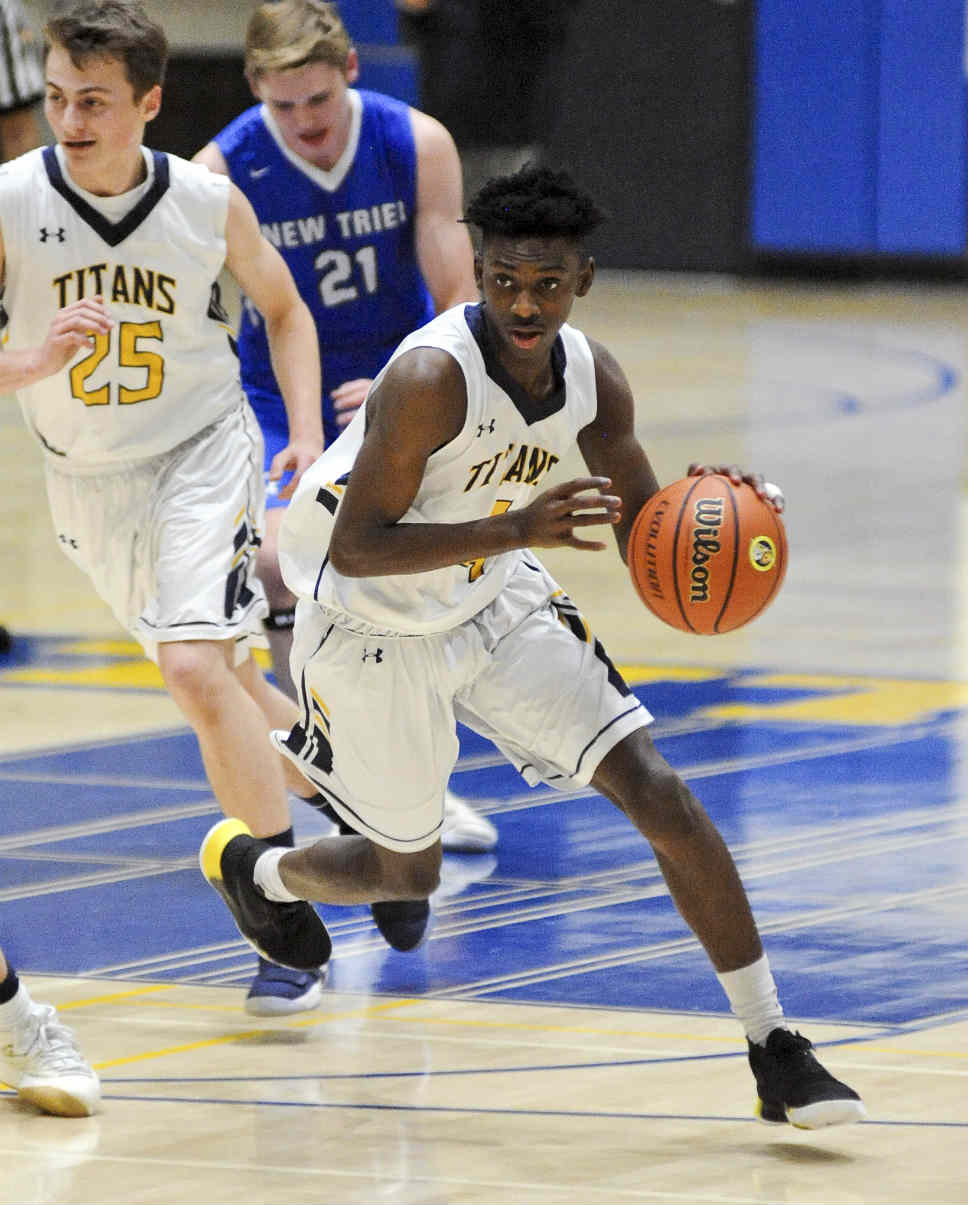 Stevon Boyd of the Titans brings the ball up. PHOTOGRAPHY BY GEORGE PFOERTNER 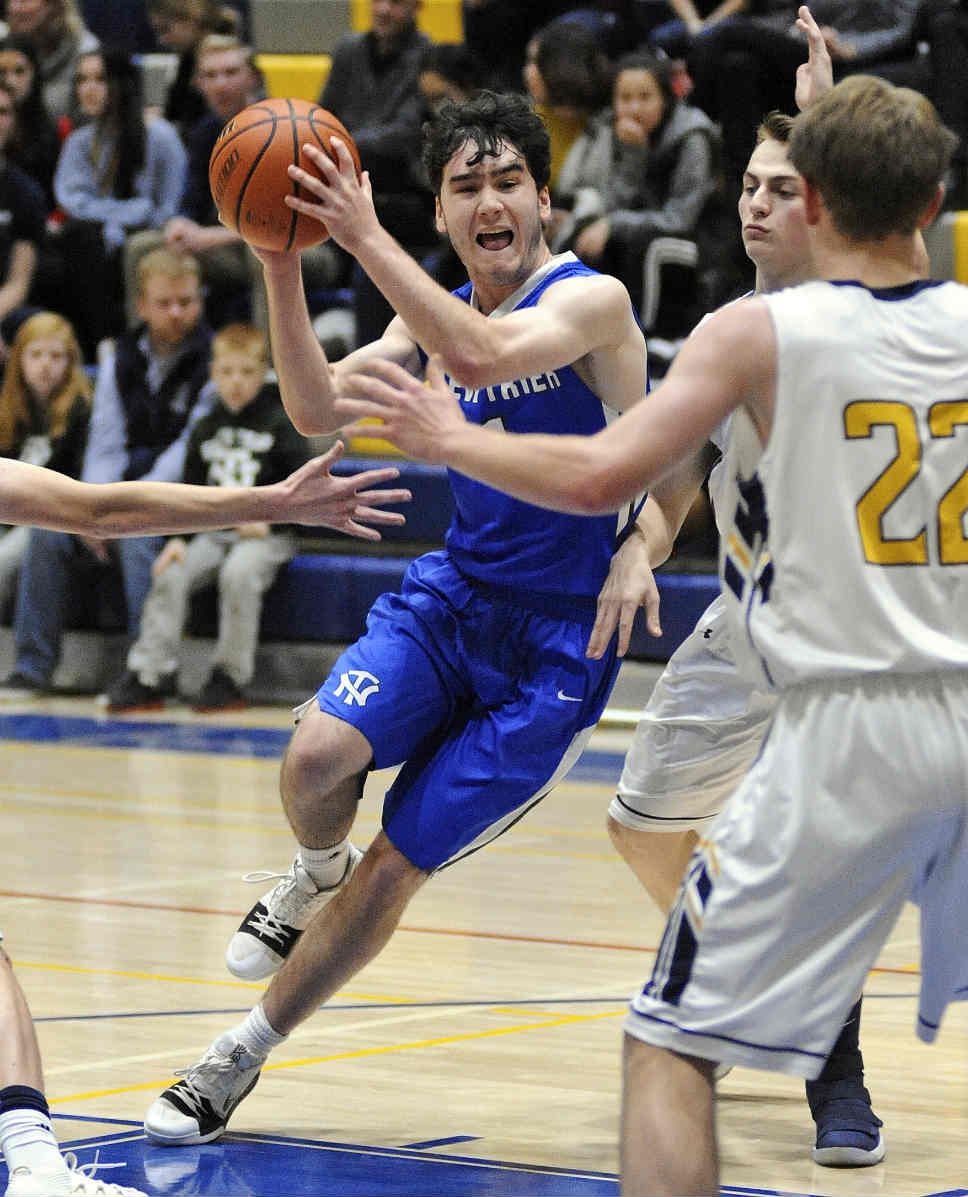 New Trier’s Andrew Kirkpatrick takes it to the basket. PHOTOGRAPHY BY GEORGE PFOERTNER