A young Tom Weinberg, circa 1954, galumphs along a ravine in Highland Park.

There’s no other place he’d rather be. The gorge with steep sides is his escape, his world, his playground with streams. The imaginative, adventurous grade-school boy imagines the last human to have stomped the terrain under his feet did so in the late 1800s.

“We dealt with rainstorms on steroids,” Weinberg recalls. “And Doug Preston called a spot in the jungle ‘more Jurassic than Jurassic Park.’ ”

They were there to search for The Lost City of the Monkey God (or Ciudad Blanca), a quest that began with an Elkins video shoot in 1994.

“It became something of an obsession for both of us,” Weinberg writes in his book, Chasing the Lost City: Chronicles of Discovery in Honduras (Eckhartz Press, 2017), a pictorial and personal companion to Preston’s 2017 New York Times bestseller, The Lost City of the Monkey God: A True Story. 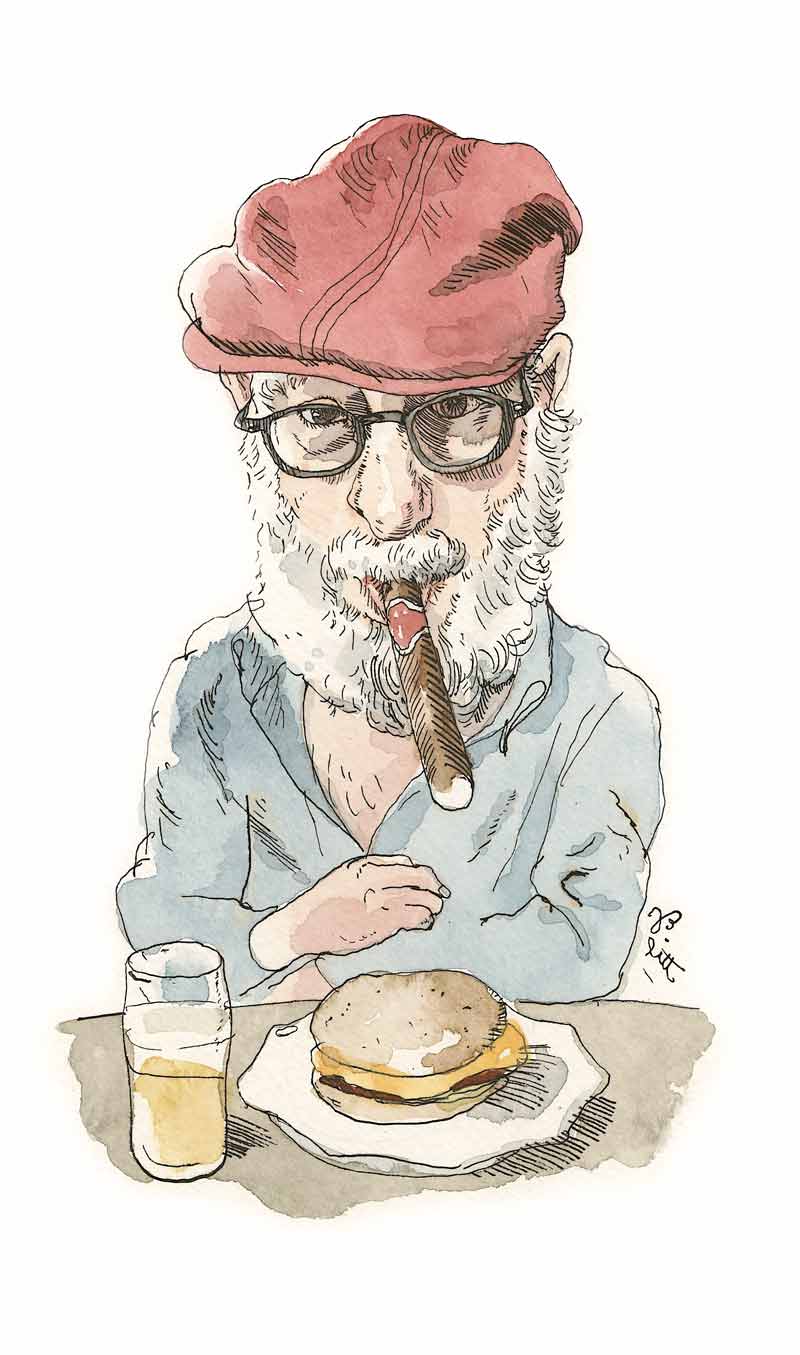 Hang on to that tease, dear readers …

Time for a rewind:

I know I’m in for a fascinating couple of hours of storytelling the minute I sit down with Weinberg for lunch at Charlie Beinlich’s Food & Tap in Northbrook. Lunch? For a “Sunday Breakfast” piece? Weinberg had opted for the mid-afternoon get-together, and I — feeling adventurous — had acquiesced.

I want to get to know what Weinberg was like decades before he became a real-life Indiana Jones without a fear of snakes. I find out his late father, Lou, moved from the South Side of Chicago to Highland Park in 1939 and sold dry cake mixes. Tom played for the tennis and freshman ‘B’ basketball teams at Highland Park High School and relished his time as sports editor of the student newspaper at the University of Michigan.

“That was a real job,” Weinberg says of covering Wolverines’ exploits on fields and in arenas and laying out print stories for pre-gadget-toting students in Ann Arbor.

Weinberg orders beer and a cheddar burger. I opt for a burger and a glass of water. (My workday is at halftime).

My engaging lunch mate, who earned his MBA from New York University in 1968, became a video pioneer and a nationally recognized television producer with four Emmy Awards. He has produced more than 500 nonfiction TV shows that have appeared on public television and commercial stations. Remember that PBS (WTTW-Chicago) staple, Image Union? Weinberg was its Emmy Award-winning producer; the hour-long episodes showcased the works of independent filmmakers in the 1970s and 1980s.

He has worked with actor/comedian/writer Bill Murray on a number of projects.

Among Weinberg’s best friends in the 20th Century were former Chicago White Sox owner Bill Veeck and author/historian Studs Terkel. In 1985 Weinberg produced and directed a documentary, Veeck: A Man for Any Season (mediaburn.org/video/veeck-a-man-for-any-season-raw-47).

“Bill Veeck was outgoing, antiestablishment, and he captured people’s imagination,” says Weinberg, who lives in Chicago’s Greektown and is thinking of moving back to Highland Park to be closer to daughter Anna, 33, and granddaughter Maggie Jane, 3. (Weinberg also has a son, Jesse, an actor/waiter in Los Angeles.

“Veeck,” he adds, “was incredibly innovative, liked to have fun. A close friend of mine.

“I was lucky to be pals with my hero.”

Back to Weinberg’s book and his days and nights — some enlightening and fascinating, others stressful and rife with bites from sand flies — in Honduras …

I learn what LiDAR means (Light Detection And Ranging), and why Weinberg and his Monkey God searchers relied on it in 2012.

“We had to use laser techniques, so that we could see through the jungle canopy,” Weinberg says.

Some three years later, when the indefatigable adventurers returned to the Mosquitia Jungle, Weinberg finally, finally, finally got to experience a head-to-toe-tingling sensation on February, 19, 2015.

“Finding the artifacts sticking out of the ground in the mud of a constant rain was a transformative moment of real discovery,” he writes in Chasing the Lost City. “It was unlike anything I ever felt before. Here were these shards of pottery and artifacts that had been undisturbed for at least 500 years, and we were the first people to find them.

“After a few days,” he continues, “I felt major satisfaction knowing that together we had made the discovery of those relics and the unknown civilization that was responsible for creating them. Nearly 20 years of chasing was justified.”