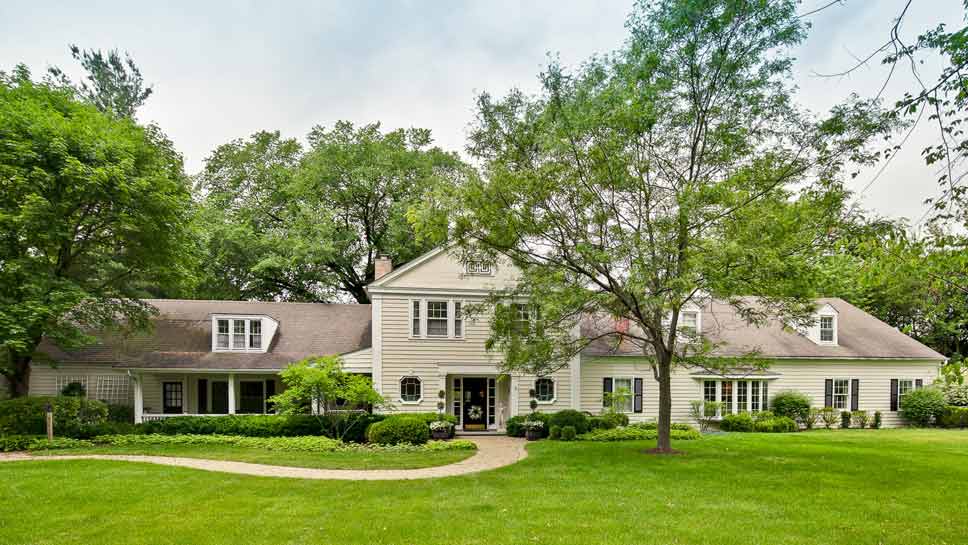 In August 1933, during the height of the North Shore polo craze, an estimated 15,000 spectators gathered at Lake Forest’s Onwentsia Club to watch a team of top polo competitors from the East Coast take on the best players from the Midwest. Onwentsia’s famous East-West Tournament – a series of hard, intense games that ended with the West winning two out of three matches – solidified Lake Forest’s reputation as one of the country’s top destinations for world-class polo.

Six years later, Lake Forest’s Carney family built a 20-acre farm to house their ponies, host informal polo matches, and entertain well-heeled friends. With its handsome Ralph Millman-designed barn and stables, Evergrove Farm became a local haunt for polo enthusiasts and socialites, including Henry Ford Jr. and members of the Kennedy family. The Carneys would regularly host lively dinner parties on fine linen, china and crystal in the hallways of Evergrove’s stables. Rumor has it the farm’s longtime caretakers, Pinky and Hilda Lavender, had a special guest room upstairs for revelers who were too tipsy to make it home.

By the time the Carney family sold the property to developers four decades later, the North Shore’s enthusiasm for polo had given way to golf, but the glamour and sophistication of this bygone era lives on inside Polohouse at 1125 Polo Drive, the farm’s original clubhouse and stables that were transformed into a sweeping single family residence in 1974.

Lovingly maintained for the past 14 years by its current owners, interior decorator Alison Sherman and her husband Harry, the 6-bedroom, 3.5-bath home set on nearly 1.5 acres pays homage to the past alongside modern design features and amenities. Sherman, who grew up in Pennsylvania horse country, knew instinctively how to honor the home’s rich history. Over the course of a decade, the professional decorator has filled Polohouse with equestrian-inspired furnishings, collectibles and textiles. The unique grounds and interiors of Polohouse have been featured in the pages of Midwest Living and Traditional Home.

“I come from two generations of antiques collectors,” said Sherman. “I love things with history.” 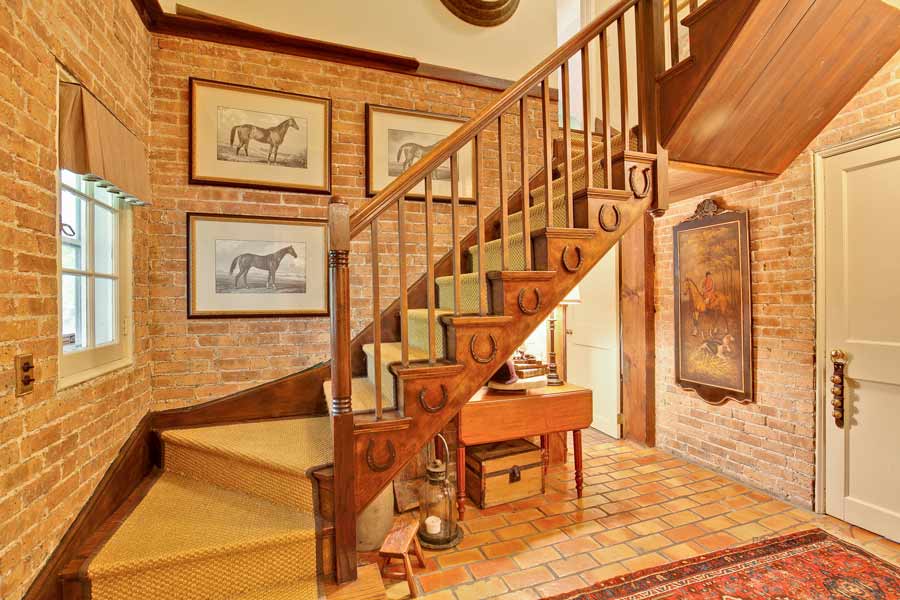 Boasting an expansive outdoor patio, three family rooms and a formal living/dining room with exposed barn beams and 25-foot ceilings, Polohouse provides ample room for both casual and formal entertaining. Evergrove’s original “warming room” – once a lounge for polo players – has been preserved as a cozy family room with wet bar.

“This is where the men would gather to talk politics, discuss the events of the day, and smoke cigars,” said Sherman.

“Cedar panels were installed in stables because they’re both beautiful and aromatic,” said Sherman. “They give off a wonderful scent when you step inside the house.”

At night, the home’s original cupola is illuminated, with ambient light pouring into the upstairs hallway through original, small-paned windows installed in the ceiling.

Today, the 6,300-square-foot home is on the market for $1,650,00, and listing agent Maureen O’Grady-Tuohy of Berkshire Hathaway HomeServices KoenigRubloff Realty Group said that in her nearly 30 years in the business, she’s never encountered a home with Polohouse’s unique history and design. 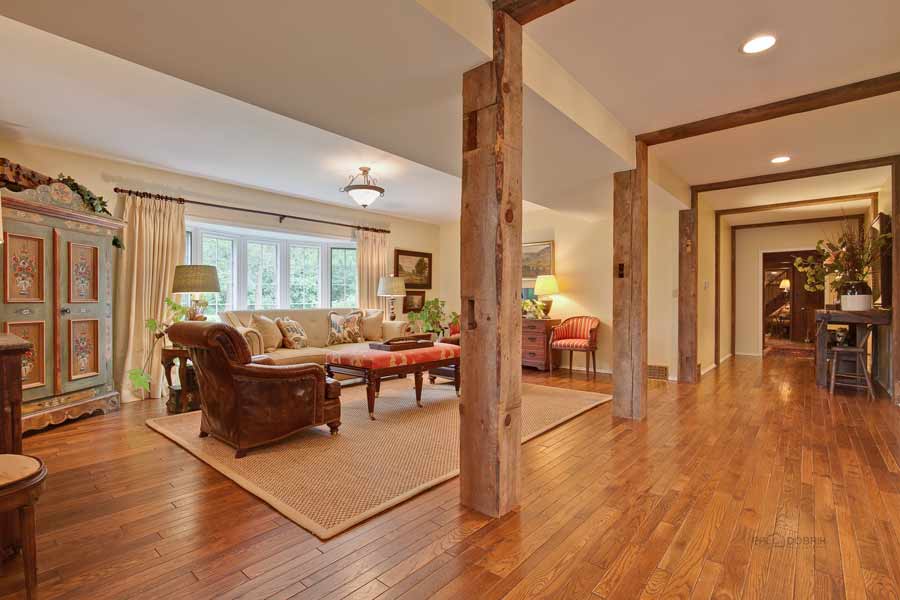 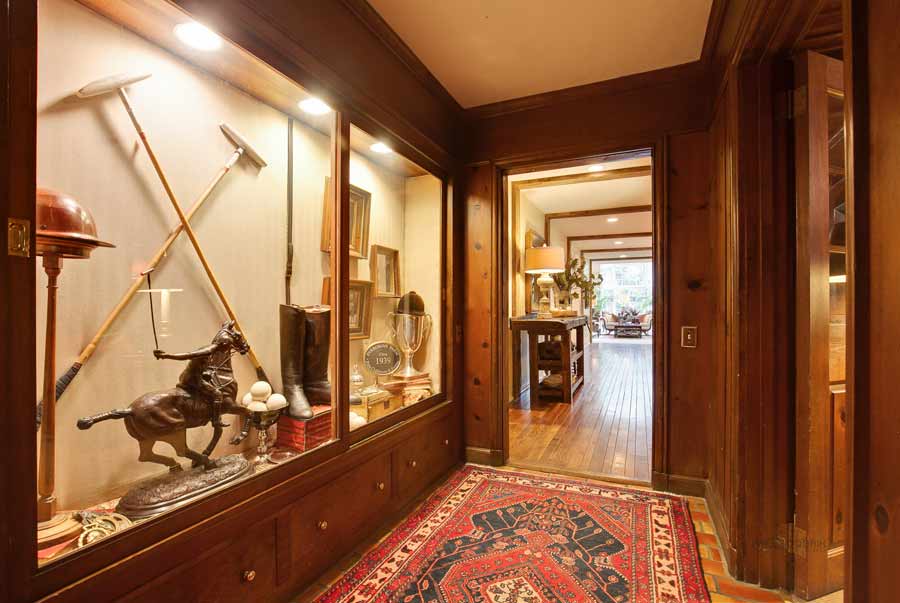 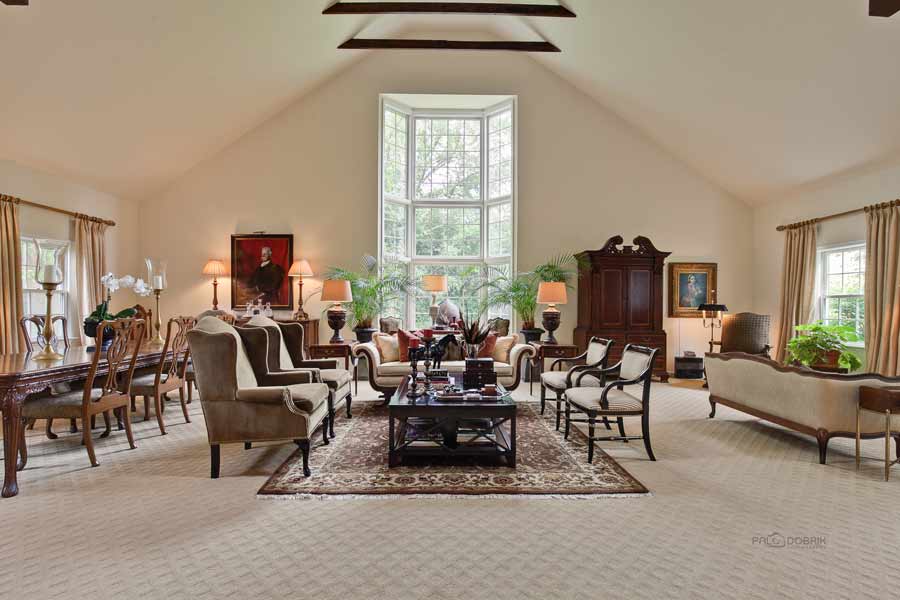