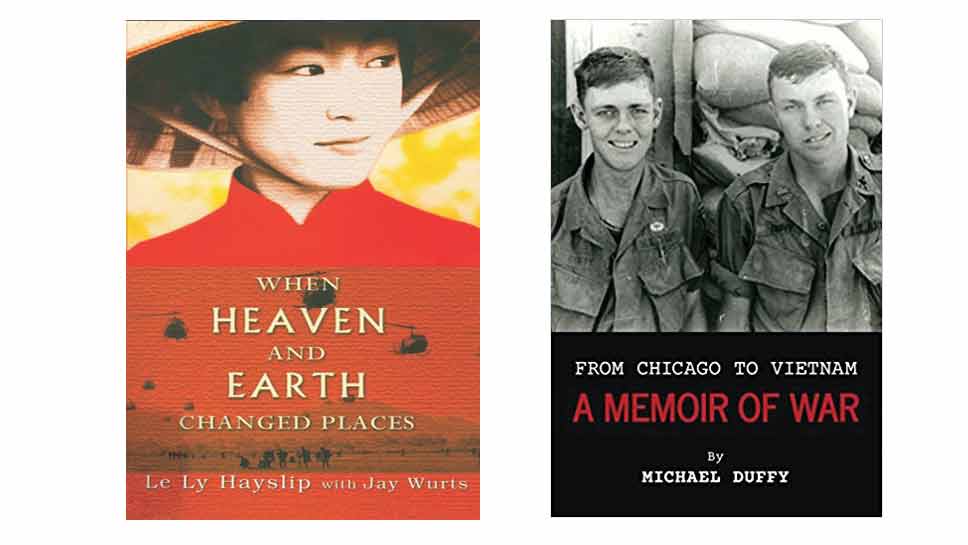 LAKE FOREST/LAKE BLUFF — When a 10-part, 18-hour documentary on the Vietnam War aired in September, Lake Forest Library Director Catherine Lemmer noticed a spike in people checking out materials about that era.

After she observed the increased interest in the subject by people in the community, Lemmer and Lake Bluff Public Library Director Eric Bailey said it gave them the opportunity to initiate joint programming they had been discussing since Lemmer arrived in May.

“I’ve been talking to Eric (Bailey) since I got here about finding ways to work together,” said Lemmer. “When the film came out and the checkouts on Vietnam materials went way up we felt it would be the right experience.”

The two libraries will offer three events building on the documentary made by Ken Burns and Lunn Novick their first joint effort.

Bailey said a joint effort between the two libraries lets them pool resources to give a better product to both communities as well as people beyond Lake Bluff and Lake Forest. He welcomed the outreach from Lemmer. 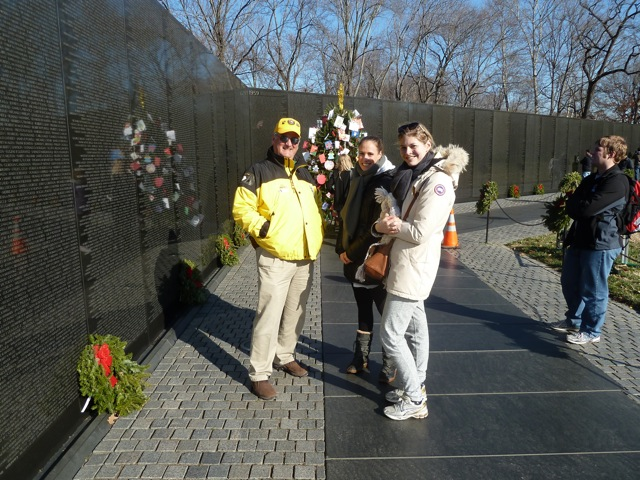 Paul Baffico talks to visitors at the Vietnam Veterans Memorial. He will be the first speaker at a joint program by the lake Forest and Lake Bluff Libraries on the Vietnam War. Photo Courtesy of Paul Baffico.

Bailey said the interest in the Vietnam War after the Burns-Novick film in Lake Bluff also went on the uptick. He said with events going on commemorating the 50th anniversary of the war added to the interest. The 2008 National Defense Authorization Act set out a remembrance period from May 28, 2012 through November 11, 2025.

“There has definitely been an increase in interest since September,” Bailey said. “The Ken Burns film has gotten a lot of folks talking.”

Lemmer said one of the reasons for choosing a subject like the Vietnam War as the first cooperative venture between the two libraries is to give people a place to talk about an issue where different points of view exist.

“We are able to provide a safe spot where responsible people can talk about all sides of an issue,” said Lemmer. “It’s important to have a safe place to discuss a difficult subject and have a responsible discussion.”

Along with serving in Vietnam as a member of the United States Army in 1970 and 1971, Baffico is a docent for the National Vietnam Veterans War Memorial in Washington, D.C. He is also the founder and CEO of Lake County Veterans and Family Services which helps all veterans with needs they have. Lemmer said he will talk about his personal journey.

Two days later, people will gather for a discussion of the book “When Heaven and Earth Changed Places: A Woman’s Journey From War to Pease” by Le Ly Hayslip. Lemmer said it is the memoir of a girl who escaped the war, immigrated to the United States and returned to her homeland 16 years later.

The program shifts to Lake Bluff January 29 when Mike Duffy talks about his experience landing in Vietnam as a second lieutenant on the first day of the Tet Offensive. Lemmer said he will read and talk about portions of his memoir—“From Chicago to Vietnam: A Memoir of War.” He will also give a short history of the conflict.