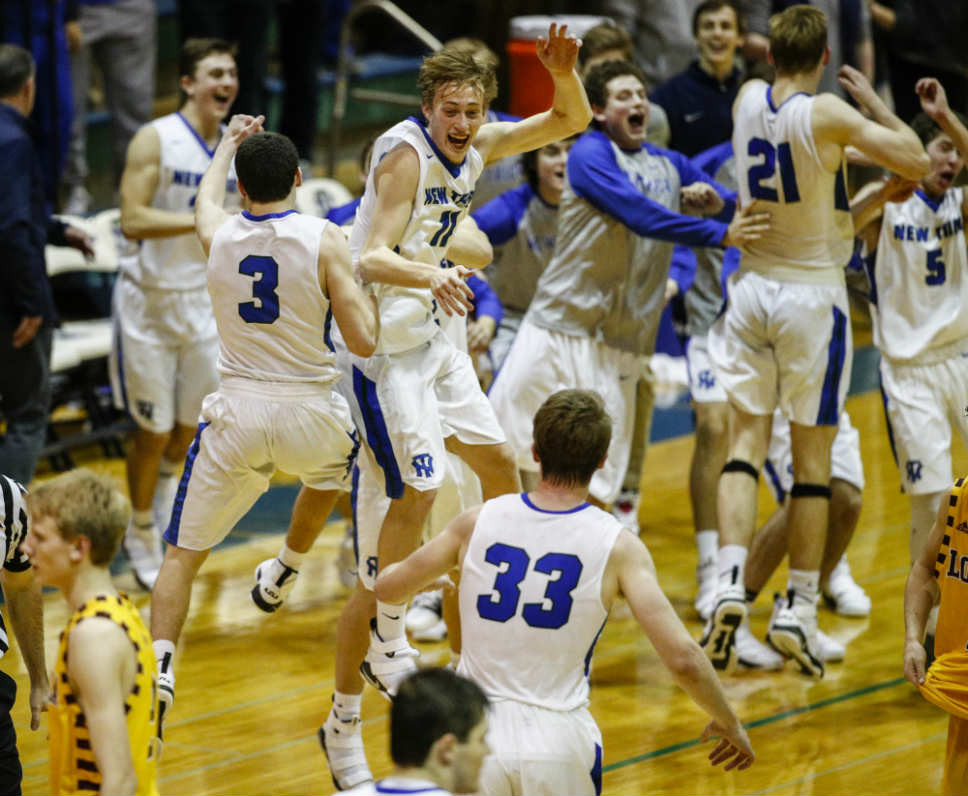 Michael Bertagna (No. 11) and his fellow New Trier teammates celebrate their win over Loyola Academy. PHOTOGRAPHY BY JOEL LERNER

How Seattle Seahawks “12th Man” of them.

New Trier’s fans — especially those in the student section — came out in force.

They were the “6th Man” in this rivalry basketball game.

Boy, were they ever loud.

“The team that wins this game deserves to celebrate like that,” he said.

With the win, the Trevians went to 3-0 in pool play of the New Trier/Loyola Academy Thanksgiving Tournament. They will face St. Ignatius in the first-place game at LA on Nov. 25 at 4:30 p.m.

Loyola, which finished 2-1 in pool play, will take on Lincoln Park in the third-place game at 3 p.m.

“Our fans were awesome tonight,” said NT head coach Scott Fricke. “I thought they gave us a lot of energy.”

The Trevians closed things out in impressive fashion. They scored 12 of the game’s final 14 points, including the last eight.

“We kept our poise, and we kept doing what we needed to do at the end of the game,” said Fricke.

“And,” he added, “I can’t say enough about the free-throw shooting of Griffin [Ryan] and Ciaran [Brayboy].”

To his credit, Brayboy was able to stay in the game despite severe foul trouble. He played the final six-plus minutes with four personals.

“That’s a sign of maturity for him,” said Fricke.

Boehm’s biggest bucket was a three-pointer with 4:59 left to play. He also dove on the floor to come up with a key steal with 12 seconds left.

Kirkpatrick’s game went up a notch down the stretch. He cut LA’s lead to one point, 39-38, when he drilled a 16-footer off the dribble from the right wing with 3:26 remaining. He also had a key steal with eight second left.

Meanwhile, Loyola had a number of strong performances.

Junior Connor Barrett, who was the game’s leading scorer (12 points), opened the fourth quarter by draining a pair of three-point field goals from the left corner.

And get used to this. LA senior guard Kevin Cunningham rang up three NBA-like three-pointers in the third quarter to finish with nine points.

After a rather quiet first three quarters, senior Pete Mangan turned into a key scorer for the Ramblers. He converted drives down the lane on three occasions in the fourth period to keep his team in the lead.

Mangan’s bucket with 2:02 left to play was LA’s final two points of the game.

“It’s early in the season, but I thought we got in a bit of hurry when we had the lead late in the game,” said Livatino. “And that’s on me. We need to be better prepared to handle that situation.”

Player of the Game: Brayboy 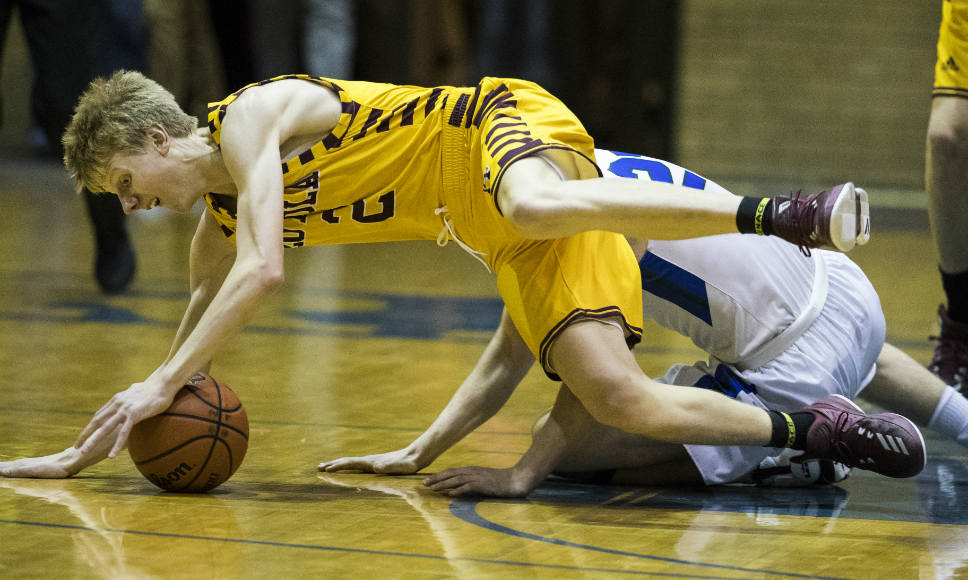 LA’s Jordan Kwiecinski dives on the floor for a loose ball. PHOTOGRAPHY BY JOEL LERNER 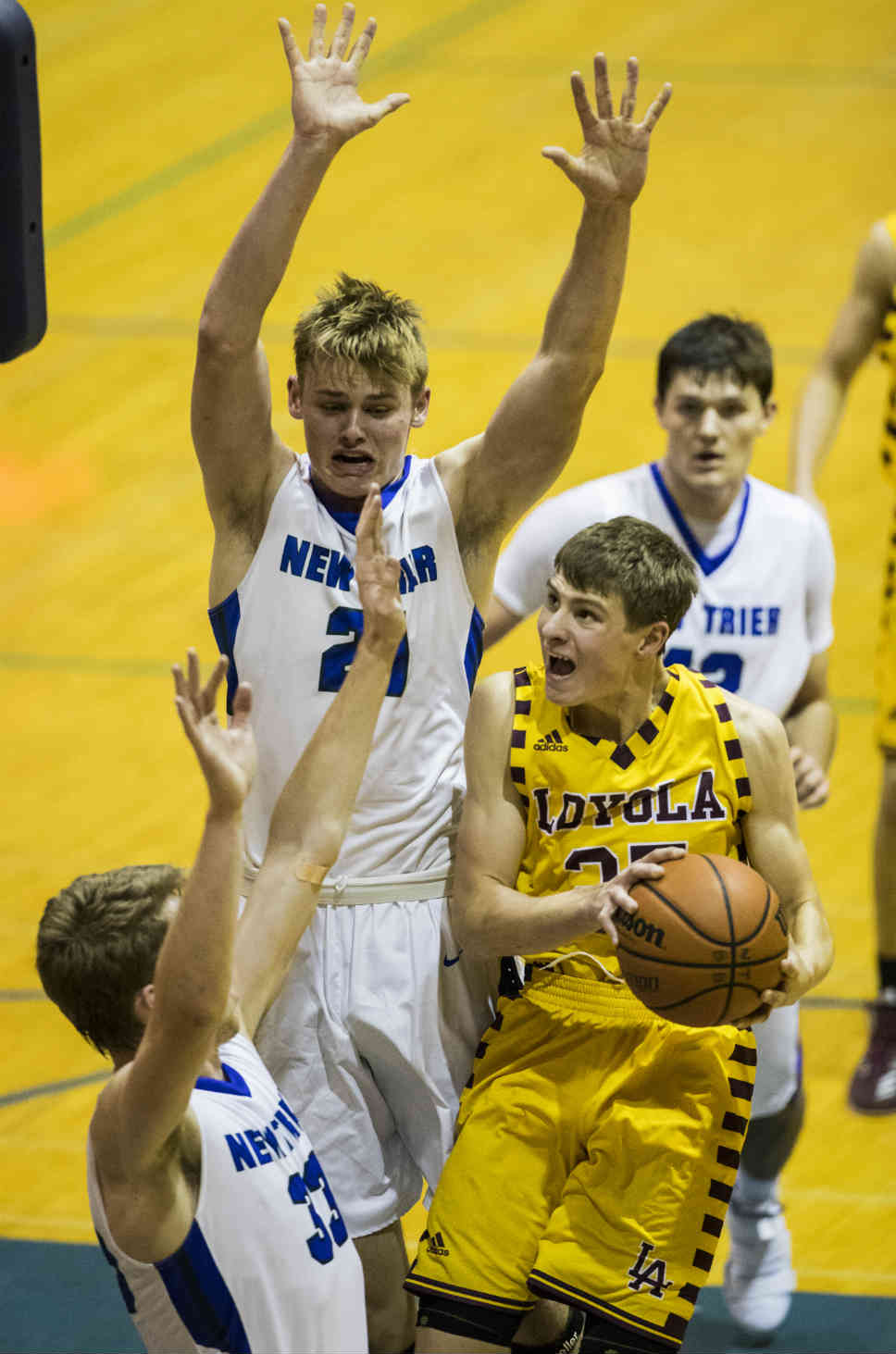 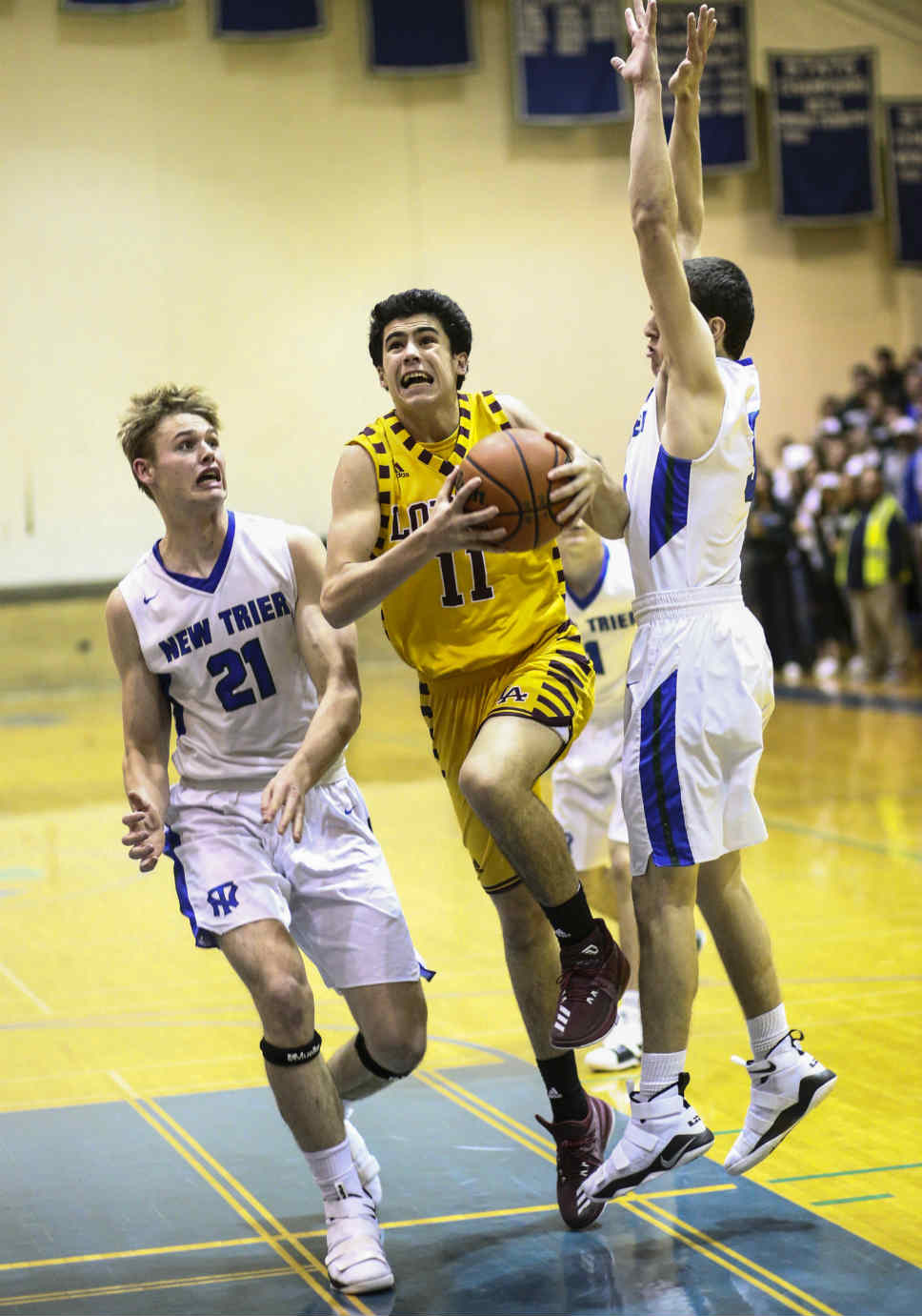 Pete Mangan of the Ramblers drives to the bucket in the second half. PHOTOGRAPHY BY JOEL LERNER 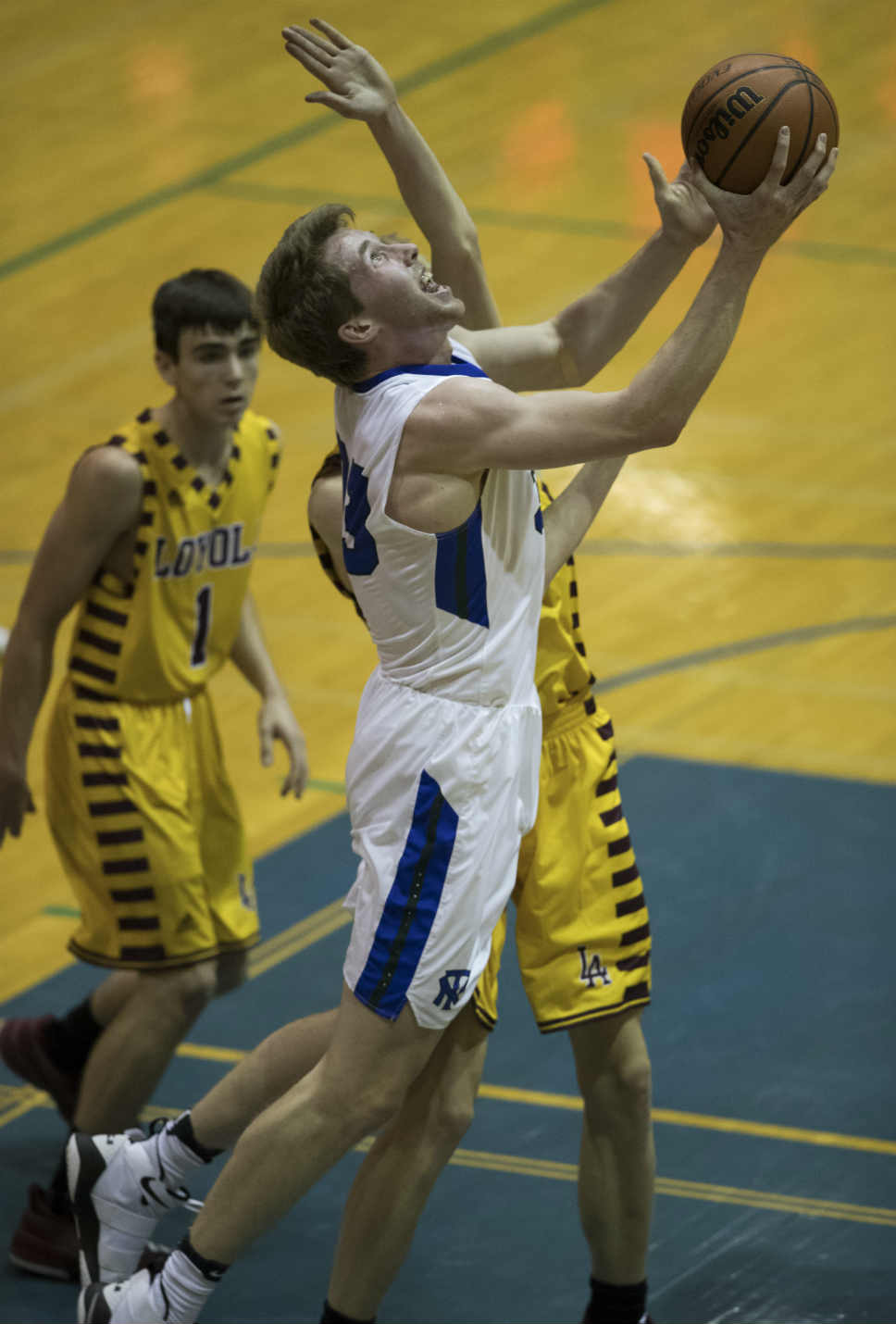 Spencer Boehm of the Trevians takes it to the hoop. PHOTOGRAPHY BY JOEL LERNER 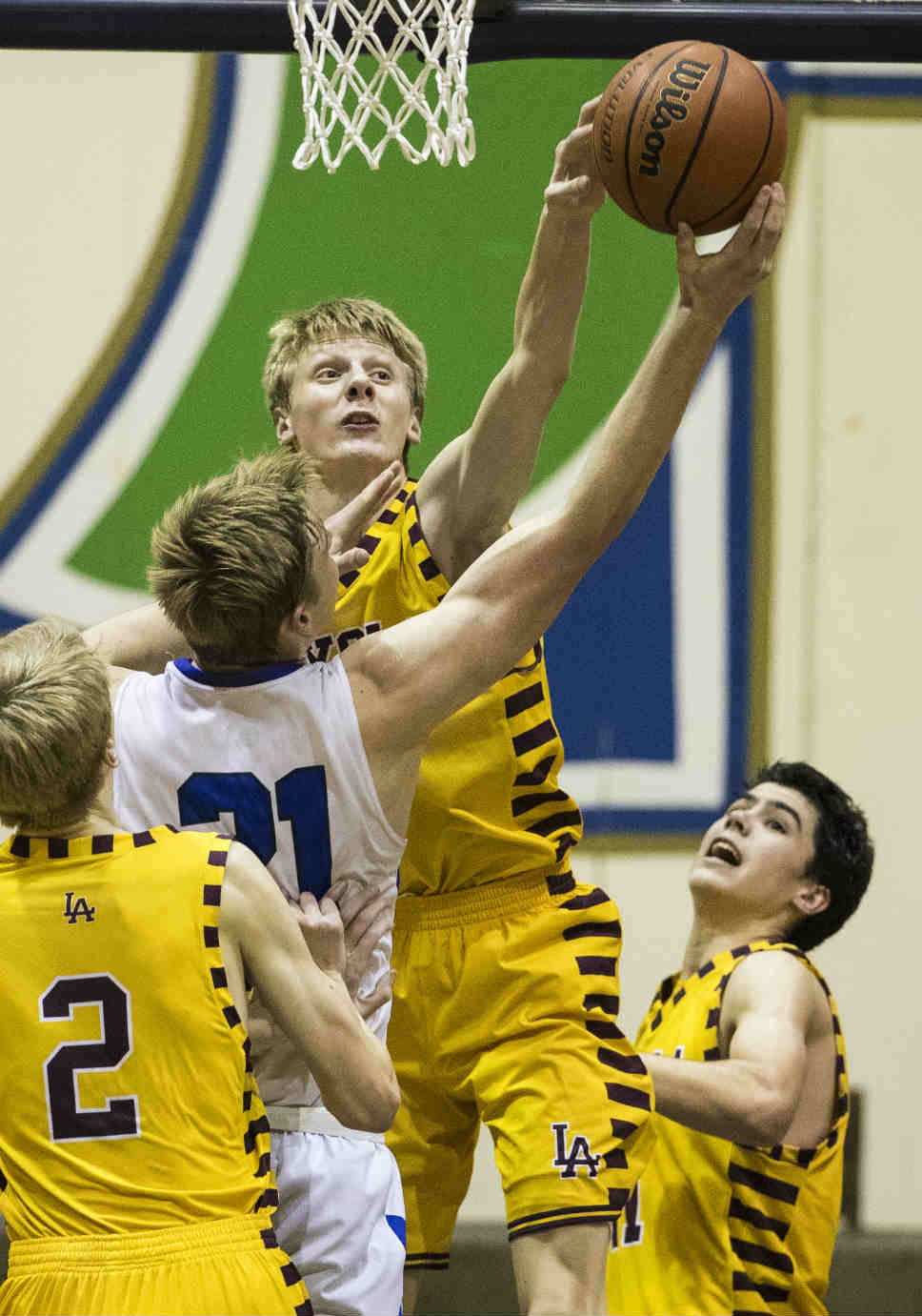 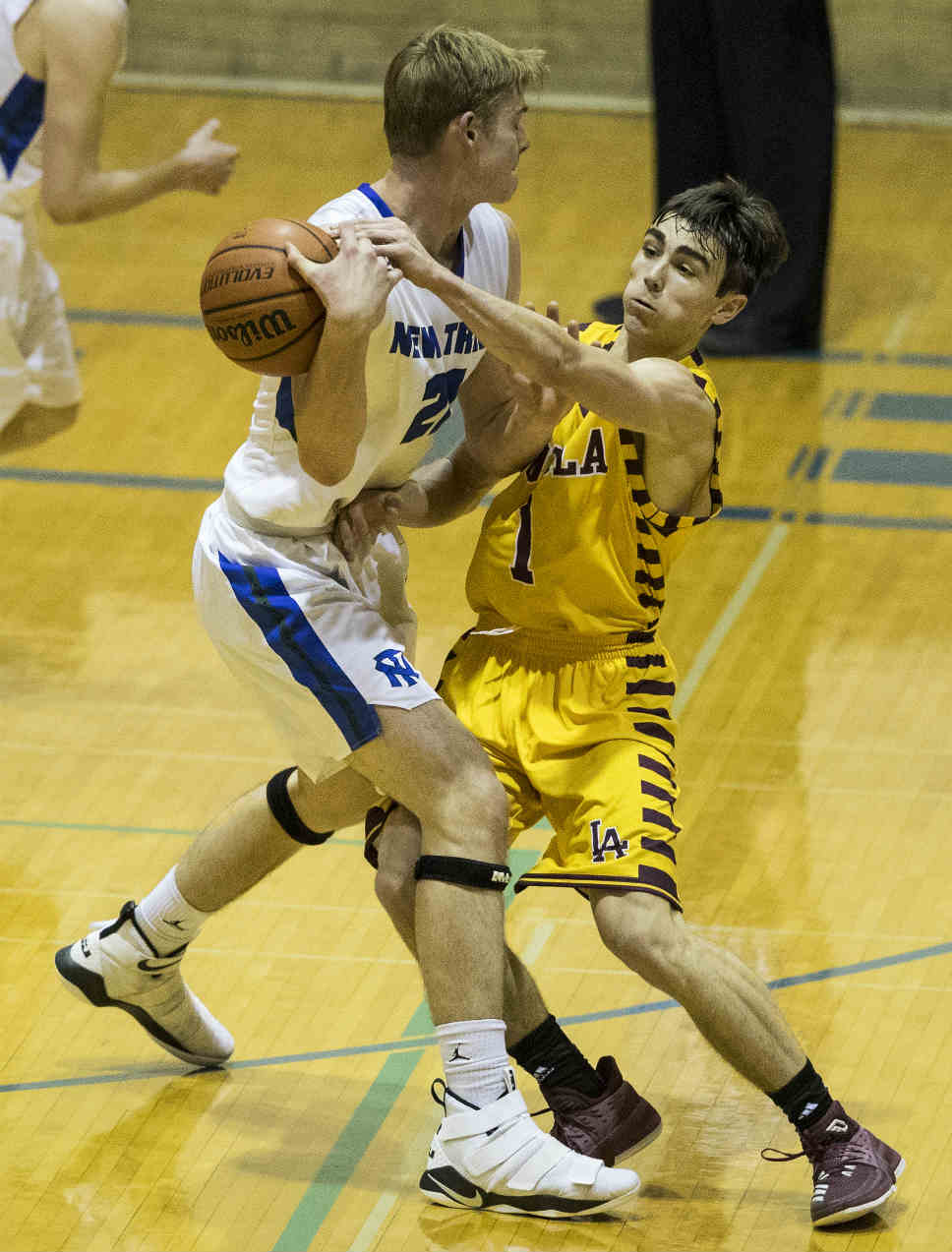 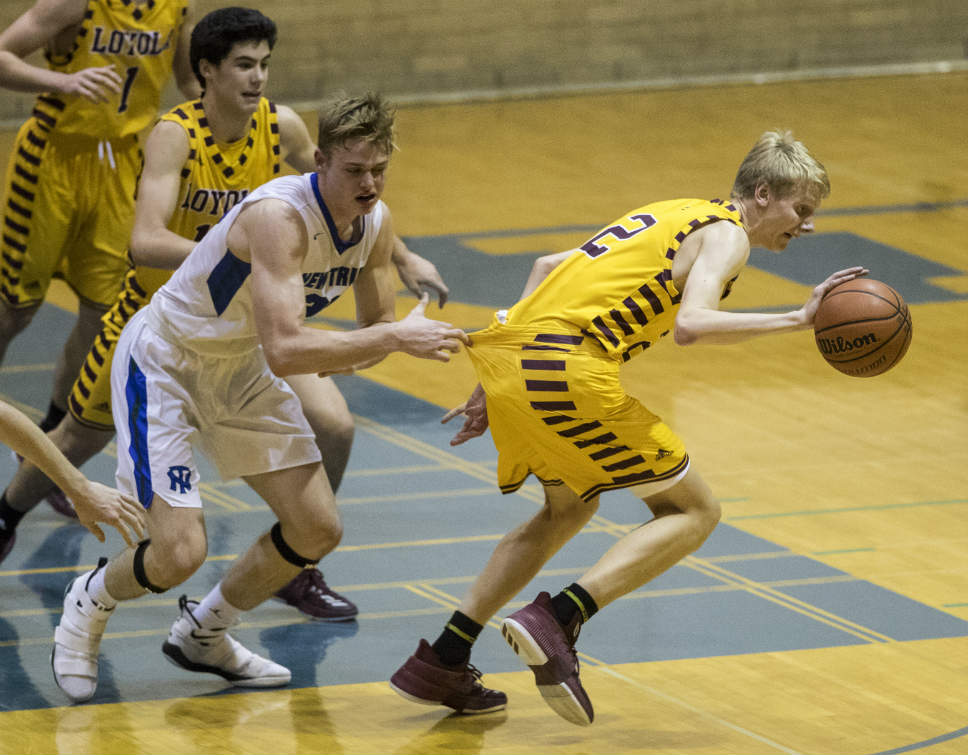 LA’s Jordan Kwiecinski (No. 2) takes possession of the basketball during second half action. PHOTOGRAPHY BY JOEL LERNER