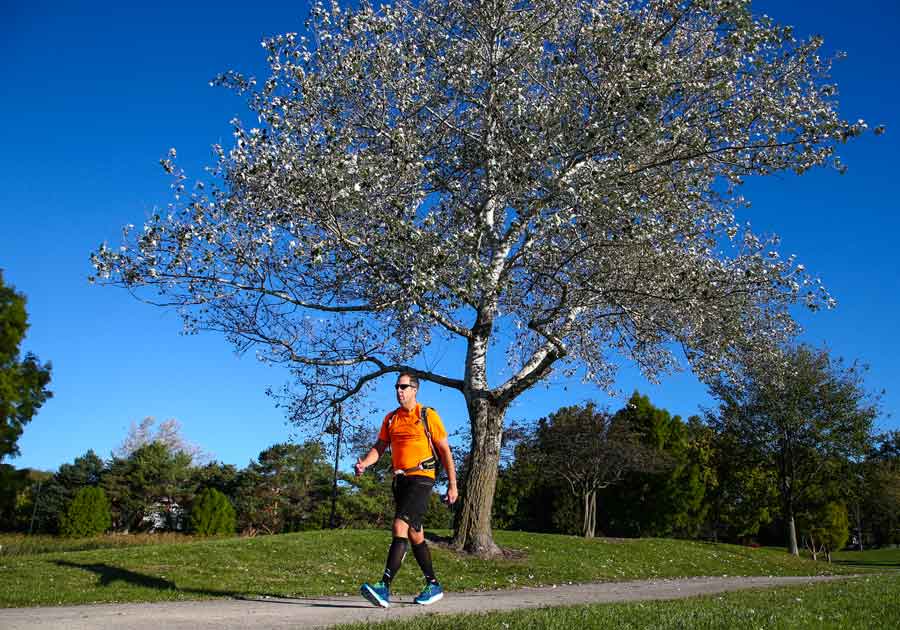 WILMETTE – Bill Bucklew claims not to be an athlete, but his friends and family know better.

After being diagnosed with early onset Parkinson’s disease in 2012 at age 43, the Wilmette resident has since completed the Ironman Triathlon, climbed Mt. Kilimanjaro, completed Olympic distance triathlons and numerous marathons to raise money to support Parkinson’s research.

Since he can no longer run, Bucklew plans to walk across the country starting on November 24 to raise money for the Michael J. Fox Foundation on behalf of his own charitable organization, Uncorked Adventures.

“I just always push myself to the limits of what I can do. My guess is that it has helped me,” Bucklew told DailyNorthShore.

Bucklew first noticed that his right leg was tightening up in 2005 on runs with his regular running group. He saw numerous specialists, had tests run and was misdiagnosed with sciatica initially. He began to experience more symptoms over time, such as his handwriting became a problem, but nobody had a clue what he was suffering from.

It wasn’t until Bucklew happened to tell a friend whose mother and brother had Parkinson’s about his symptoms, that he made any headway. Bucklew met with Tanya Simuni, MD, director of the Parkinson’s Disease and Movement Disorders Center at Northwestern Memorial Hospital, on his friend’s recommendation and learned that he had early onset Parkinson’s.

“A wave went over me like I had been punched in the stomach,” Bucklew said, when he heard the diagnosis.

But he felt like he had to stay strong for his wife Heidi and their two children. Most people keep their diagnosis a secret — either from embarrassment or fear of repercussions in their career — but Bucklew decided to immediately share the news with everyone he knew. By being open about his diagnosis, Bucklew was able to immediately start supporting research for a cure.

“It gave me purpose in this whole thing,” Bucklew explained. “I have just looked at it as something I have to overcome and compensate for,” he added.

Because exercise can slow the disease, Bucklew’s athleticism has not only supported research, but also his own health. His doctors have told him that the disease is progressing the slowest they’ve seen. Immediately after his diagnosis, Bucklew joined the Parkinson’s Progression Markers Initiative (PPMI) — a biomarker medical study to find disease indicators — and began fundraising for Team Fox, the sports and activity related fundraising arm of the Michael J. Fox Foundation.

The Michael J. Fox Foundation takes an aggressive approach towards researching for a cure, and all of the money raised goes directly to research, thanks to an anonymous donor who covers administrative costs, according to Bucklew. “There have been a lot of great developments in the last few years,” Bucklew said. 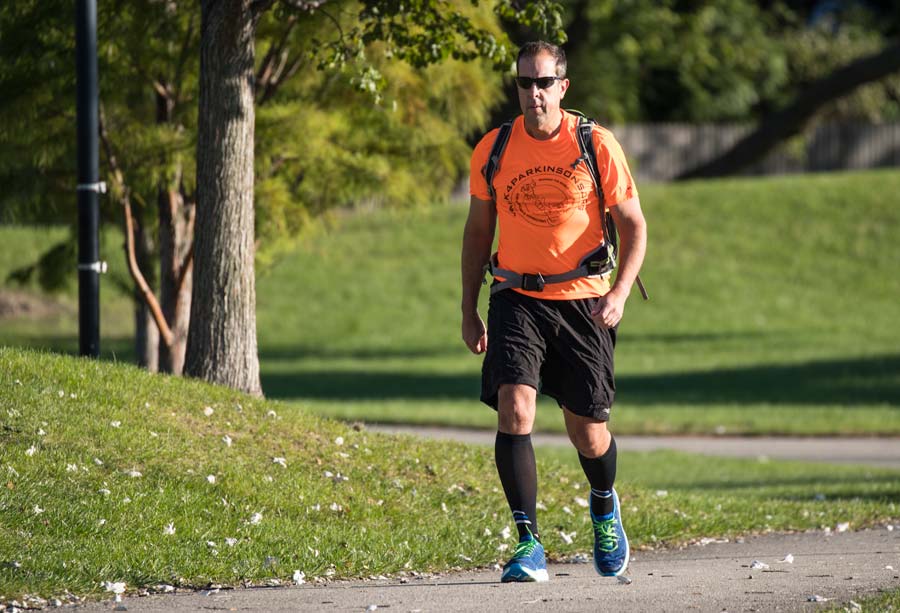 Bill Bucklew of Wilmette is preparing to walk across the U.S. to raise money for – and awareness of — Parkinson’s disease. PHOTOGRAPHY BY JOEL LERNER/JWC MEDIA 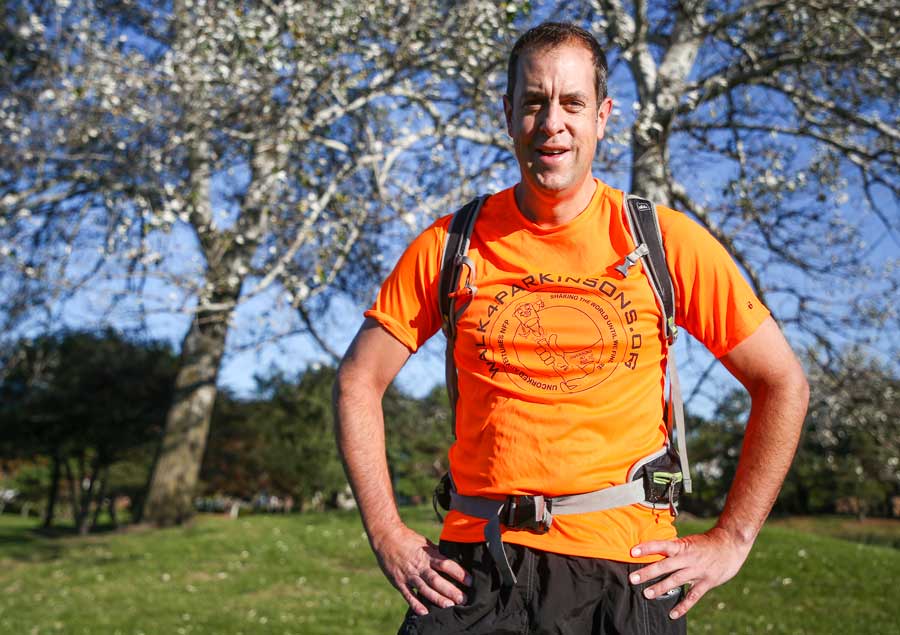 Bucklew views the walk across the country as his next big challenge. “I felt like I needed to put myself out there in a bigger way,” he said. His journey begins on Tybee Island, Georgia, on November 24, which will allow him to spend Thanksgiving with his family, his sister and her family, as well as his parents. The walk is particularly significant for his family, since his father was also diagnosed with Parkinson’s in 2015.

Bucklew will then walk 2,500 miles across the country to San Diego, California. His goal is to walk the journey in 52 days, which comes out to about 52 miles per day, and a projected arrival in early January 2018. “I think I can do this in a time that will blow people’s mind,” he said.

Along the way, Bucklew plans to speak with people across the country who also suffer from Parkinson’s disease. The conversations with be recorded and eventually turned into a movie to help raise awareness. “It will build a mosaic of the breadth and impact Parkinson’s has on people,” Bucklew explained.

Friends, neighbors, supporters and board members of his charity Uncorked Adventures will be volunteering along the way so that Bucklew is never alone. They are working with the Michael J. Fox Foundation to locate people with Parkinson’s in each state. “The goal is the more the better. We’ll get more stories out there,” Kristy McCullough, Vice President of Uncorked Adventures told DailyNorthShore.

Deciding to share his diagnosis with others has been integral to Bucklew’s positive outlook since receiving his diagnosis, enabling him to externalize the disease and work toward a cure. “I don’t get down about it. I have always felt really good and it has made a big difference,” he said.