When Carrie Meghie and her husband Terry Meghie visited their infant son nearly every day for several months in the neo-natal intensive care unit, Carrie noticed many other parents seldom visited their babies. Several told her that they could only come on weekends because they couldn’t afford the parking fee, while another said it had to choose between paying the mortgage or coming to see the baby.

Sadly, the Meghies’ baby boy died from a chronic lung condition on September 7, 2012, when he was only 10-months-old. But they founded the Jackson Chance Foundation, named after him, to help families with babies in the NICU spend more time with their babies.

The Jackson Chance Foundation (JCF) partnered with the Ann & Robert H. Lurie Children’s Hospital of Chicago in 2013 to launch the NICU Transportation Program, which provides complimentary transportation (parking, CTA/Metra vouchers) to all families for every day their children are in the NICU. Prior to the NICU Transportation Program, monthly or daily parking passes did not exist, and families did not have access to in-and-out privileges, according to jacksonchance.org.

Glenview resident Heather Boyer also has a son with chronic lung disease who underwent a similar course of treatment to Jackson’s. Matthew Boyer was born three months premature in May 2009, and he weighed two pounds, seven ounces. After contracting staph pneumonia twice in the first six weeks of his life, he was transferred to the former Children’s Memorial Hospital in Lincoln Park. Matthew spent his first birthday there.

Before the JCF was created, “with parking, transportation, gas and tolls we spent a total of $20,000 while our son was in the hospital for 13 months,” said Boyer. “Our parents helped us out and my brother threw a fundraiser.”

Boyer explained that she learned about JCF a few years later, after one of the nurses that she became close with in the hospital posted an article about the foundation on Facebook.

“It’s a great foundation and it’s hard enough to have a baby in the NICU on top of the fact that nobody realizes the crazy parking expense,” said Boyer. “If you don’t live in a city like Chicago it wouldn’t even occur to you how much hospital parking adds up even after it’s validated.”

The JCF originally had 50 beds at Ann & Robert H. Lurie Children’s Hospital of Chicago and just expanded to Northwestern Medicine Prentice Women’s Hospital with 75 beds, so now the foundation is covering a total of 125 beds.

The first time Boyer attended a JCF event, she said no one could believe how much hospital parking in Chicago cost. One man spent $60 at the validated rate during his daughter’s three-day stint in the hospital. When he found out about the foundation he decided to become a donor.

“The problem is that the hospital doesn’t own the parking garage, as it’s a company in Chicago,” said Boyer. “We made a deal with the company to get a discounted rate, so the more spaces we buy, the greater the discount.”

Boyer joined the JCF two years ago, and this year she became the co-chair with Tom Bulow of the 5th Annual Playing it Forward Ping Pong Ball event, which was held November 9 at the Hard Rock Hotel in Chicago. She also recently became a member of the JCF board of directors.

DailyNorthShore spoke to Boyer just hours before the event, when she was looking forward to watching Ping Pong Ball Table Tennis between last year’s top-ranked young pro and NICU alum Nandan Naresh and his brother Sid as they challenged Chicago athletes.  A silent auction, beer pong, raffle tickets, alcohol and more were also scheduled for the ping pong party.

Boyer nominated Ashley Grumbine, NICU nurse at Ann & Robert H. Lurie Children’s Hospital, to receive the Owl Give Award that is presented each year at the Ping Pong Ball. The owl was traced from Jackson’s wallpaper for JCF’s logo.

“I had three great day nurses for Matthew, but Ashley was the night nurse that kept me sane,” said Boyer.

As a baby, Matthew had to have several surgeries. Often times he couldn’t sleep unless he was upright, so Boyer explained that Ashley would sit in a chair and hold him all night long. She even bought him a little pumpkin outfit for his first Halloween.

While other medical professionals told Boyer that her then six-month old baby would probably never talk, as well as other negatives, Ashley always remained positive, and one day Boyer found B+ (be positive) signs scattered around his room.

Today, Matthew is a happy 8-year-old boy who talks, plays, and like many siblings fights with his brothers. He’s autistic, feeds through a gastrostomy tube (G-tube), and sleeps on oxygen when he gets a cold, is sick, or is exhausted.

Nominations for the Owl Give Award were sent in from hospitals all over the country, and Ashley made it to the final eight. The top prize is a week’s vacation for the winner and his or her family.

Boyer enjoys seeing firsthand how the JCF has helped so many families.

“Hospitals are not perfect places and you have to be there for your child’s care, because they can’t speak up for themselves,” she said. “They need their parents to be their voice.” 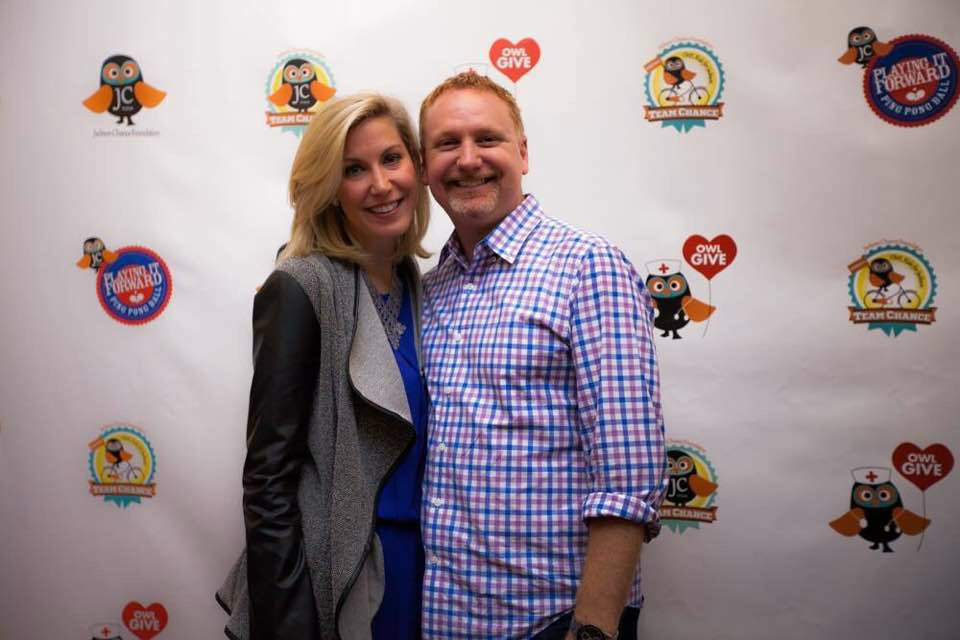 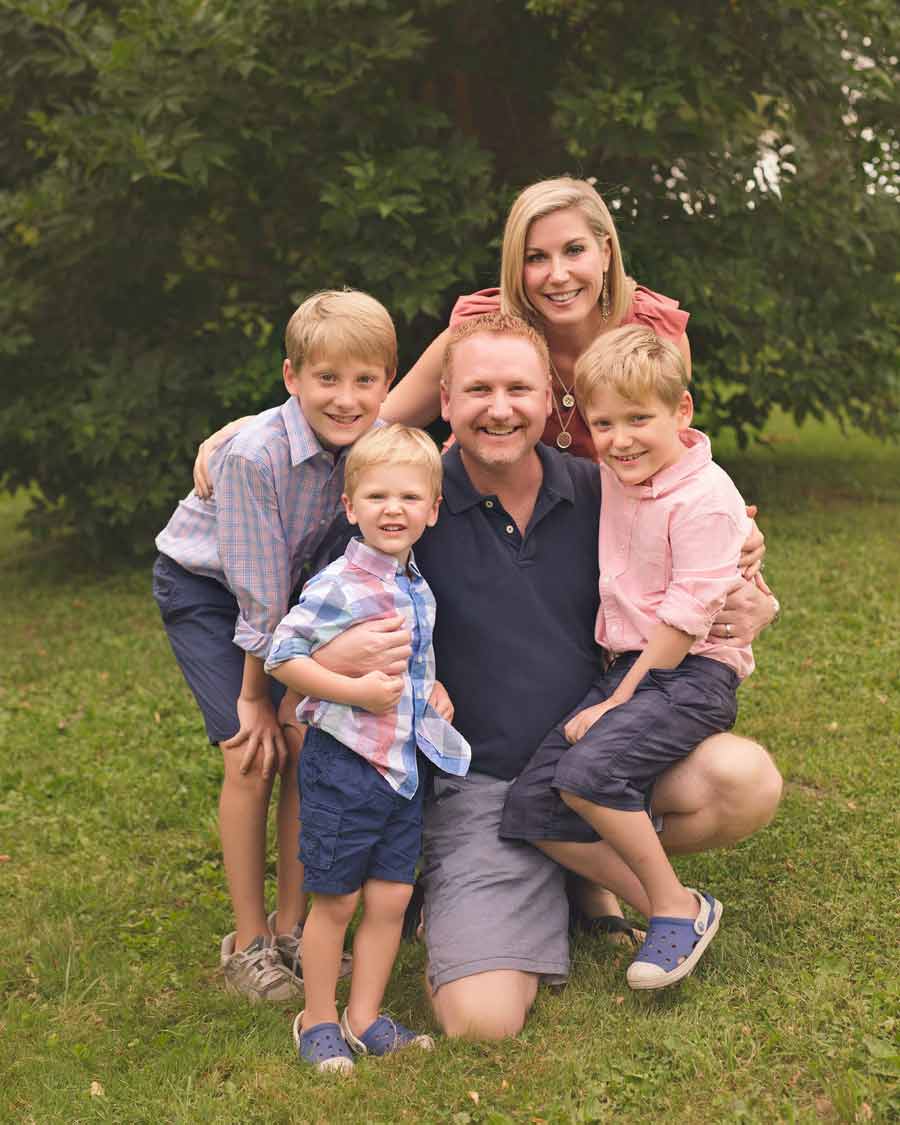 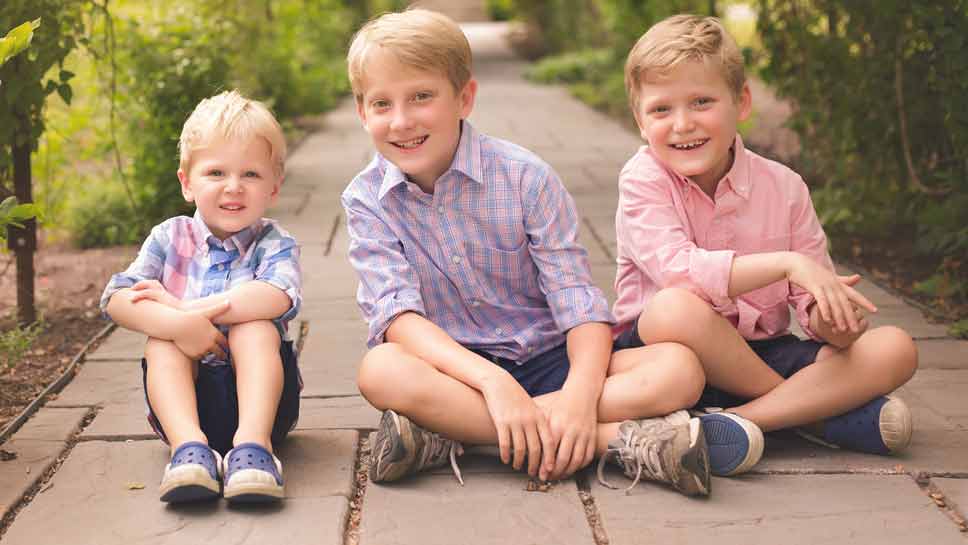