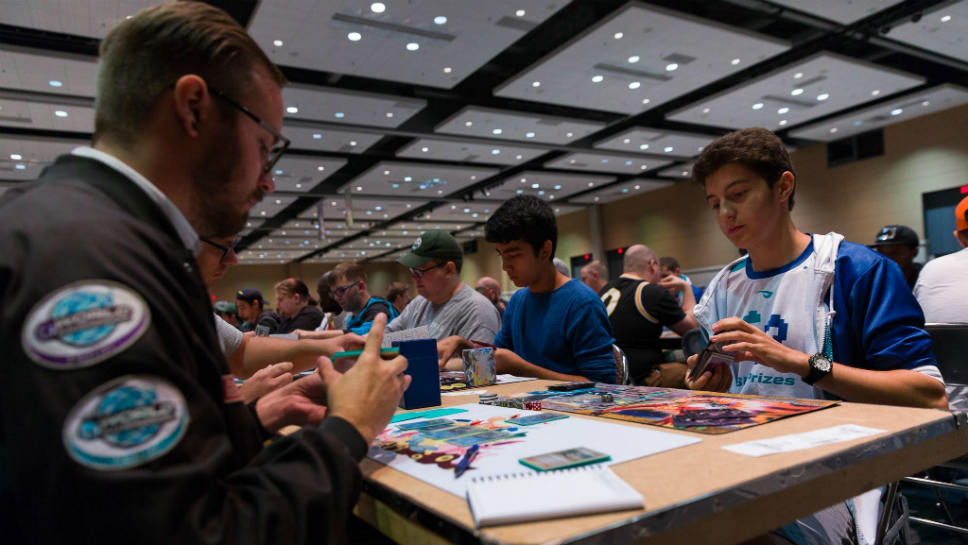 DEERFIELD – Pokémon is more than a game to Deerfield High School junior Xander Pero, 16, who has won countless tournaments and placed third at the invitation-only World Championships last August. The DHS Mathlete would like to study statistics or computer science in college, as math is his strong suit.

“Pokémon is a one-on-one game, so there have been scenarios where I’ve tried to figure out the probability of what my opponent has to gain competitive advantage,” said Pero. “The best players are the ones that can continuously make the right plays either based on the probability of  your opponent having something, or if it’s just playing everything perfectly in order.”

In addition to being a Pokémon champion and a Mathlete, Pero plays tennis in the spring at DHS and participates in Scholastic Bowl throughout the year.

Pero started playing Pokémon when he was nine by going to a local tournament at the Des Plaines Library as a fun way to develop a sense of community. Since 2009 he’s regularly attended about 15 or 20 small tournaments on the weekends, and he worked his way up to the larger Pokémon tournaments.

The competitive tournaments are divided into three groups: the junior, senior and master division. The junior division is made up of kids 11 and under; the senior division has kids age 12 to 15; and since last year Pero’s been part of the master division which is 16 and up. He usually plays people anywhere in age from 16 to 40, while many of the players are in their 20s and 30s.

Pero enjoys the camaraderie of participating in Pokémon tournaments with players from all over the country. The regionals are held in Wisconsin and Indiana, while the 2017 World Championships in Anaheim, California enabled him to meet people from all over the world.

Pero has connected with kids his age at even the smaller tournaments. “It’s a recurring community like being on a soccer team where you see all of your friends on the team except that Pokémon is a solo sport,” he said.

He even had the opportunity to travel to Melbourne, Australia with his parents to play in a Pokémon tournament last March. Pero was ranked in 16th place in North America which qualified him for a stipend of the total amount of the trip from Pokémon Company International.

He placed 25th out of 300 and also thought it was a great experience visiting a foreign country.

Is there such a thing as a Pokémon face while you’re playing, so people don’t know how well you’re doing?

“There’s so much out on the board already and there’s a general knowledge with what I might have privately in my hand or in my deck,” said Pero. “It’s definitely a factor, but it doesn’t make as much of an impact as poker or other card games.”

Pero described his strategy before a tournament. He builds a deck of 60 cards, refines the deck and practices by trying to figure out what the perfect 60 is. At the tournament he plays against different people with different decks. “The tournament entails whoever does the best out of those over the course of a day or two,” he said.

The 2018 World Pokémon Championships will be held this summer in Nashville, Tennessee. New sets of cards are introduced about every three months, so it’s too soon for Pero to begin preparing for the championship. Fortunately, he’ll continue to practice at upcoming smaller tournaments, as well as, playing against friends or random people using the online software developed by Pokémon Company International.

Pero said all of his Pokémon championships will not directly result in a college scholarship, but hopes that it will “further provoke a scholarship or acceptance, because it’s something that differentiates me from other people, while this is something that I can prove myself in on a global scale.”

Pokémon also promotes good sportsmanship. “The best players help out the other players and usually everyone is inviting new players,” he added.

Each year, the Pokémon Organized Play tournament series draws more than 450,000 Pokémon players to compete at various local league events and sanctioned tournaments throughout North America, according to a press release.  For more information visit:  www.pokemon.com/play . 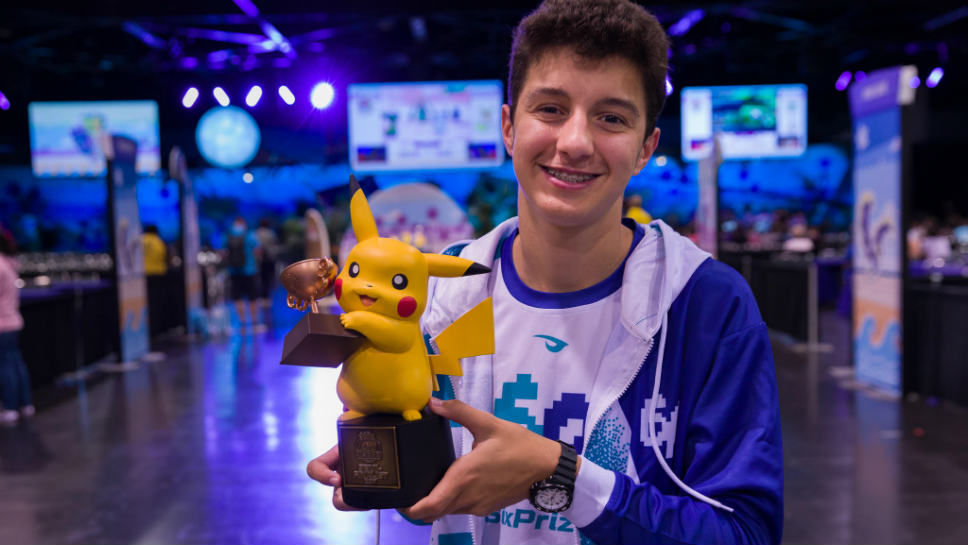 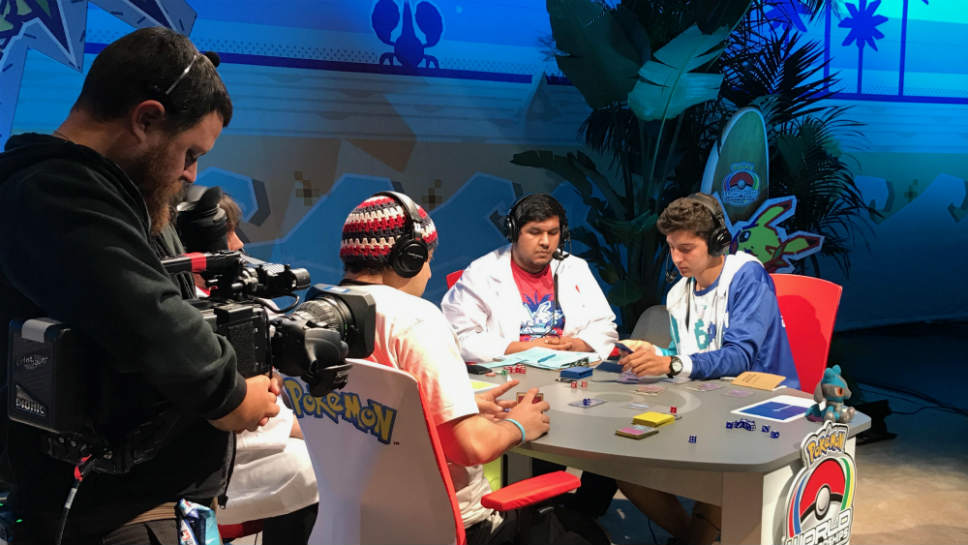