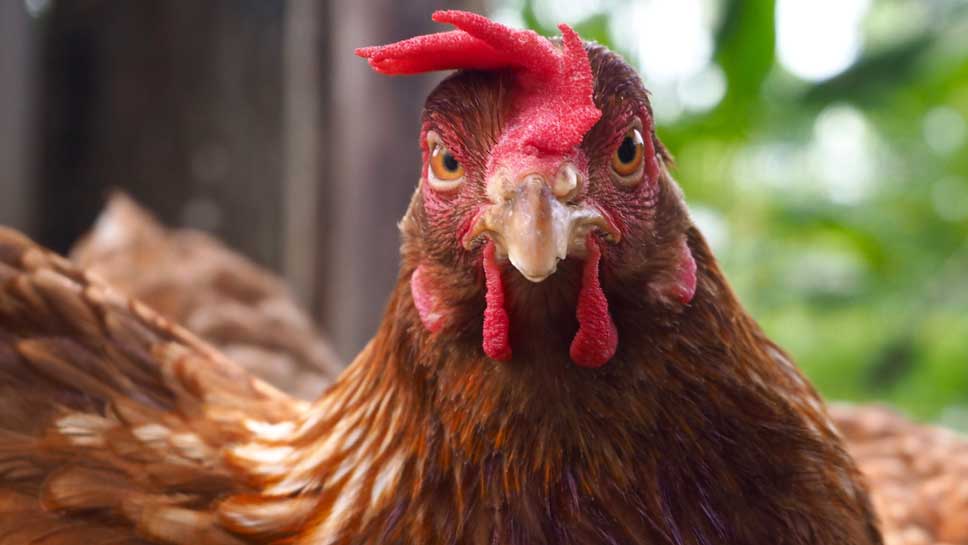 It appears the romantic notion of backyard chicken keeping has come to Lake Bluff. The cause of backyard chickens has been taken up by the Sustainability Committee and the committee unanimously recommended the Lake Bluff Village Board adopt the Chicken Keeping Pilot Program.

However, in the effort to promote allowing chickens in Lake Bluff, those in favor have failed to point out some unfortunate truths about backyard chicken keeping. The following is the not so romantic scoop on the coop.

Fact: Each year scores of chickens are handed over by their owners to rescue organizations around the country. For example, the Farm Sanctuary in Watkins Glen, NY was asked to take in an average of 99 backyard chickens a month in the first five months of 2017. In May of 2017, it took in 160 alone. Evidently, the pastoral fantasy of chicken keeping actually turns out to be more than many people have time or tolerance for and the chickens pay the price.

Fact: In 2016, the Centers for Disease Control “saw the largest number of illnesses linked to contact with backyard poultry ever recorded” – eight separate outbreaks of human salmonella infections, affecting 895 people in 48 states.

Fact: Chicks come from large-scale hatcheries that supply both factory and hobby farms so the idea that raising chickens in one’s backyard is wholly separate and apart from the evil factory farms is a fantasy.

Fact: Lake Bluff can experience harsh winters with nighttime temperatures below zero. Coops must be built to accommodate for this severe weather or chickens will suffer frostbite on their feet. Chicken Run Rescue in Minneapolis has taken in numerous chickens that have suffered frostbite during harsh Minnesota winters. Frostbite in chickens results in missing feet, missing shanks or both.

Fact: These days hens are bred to lay about 300 eggs a year. One hundred years ago, a hen would lay about 100 eggs a year. Wild chickens only lay about 12 per year. This higher volume of egg laying leads to hens developing reproductive cancers, among other things. This leads to costly vet bills or the slaughtering of the chickens because they are no longer “useful.” Due to flock size limitations, one can only keep so many chickens as “pets.”

Fact: Chickens attract raccoons, skunks, coyotes, fox, mink, owls, hawks and other predators. These predators are necessary to balance out life in the wild but can become a nuisance in the minds of many home owners when their presence is unwanted or disruptive. And despite the best coop-building techniques, a hungry raccoon or fox can get into a coop if it really wants to.

The Draft Backyard Chicken Pilot Program Outline is a sparse one page document that fails to address a number of issues. The following questions need to be addressed before the Village Board makes a decision about this:

Housing for the chickens is mentioned but fails to address protecting hens from predators, ingress and egress for the hens, and protection from weather elements including cold temperatures. Does Lake Bluff have an Animal Control Warden who will conduct inspections of the coops before the chicks are purchased? What about random inspections to ensure the chickens are properly housed? If not, how does Lake Bluff propose to ensure the well-being of these animals?

Has the Sustainability Committee identified a local veterinarian specializes in caring for poultry? If there isn’t a local vet, where is the closest one? 10 miles away? 20 miles away? Wisconsin?

Under Illinois law, chickens are not domesticated pets, they are livestock. Disposal of livestock, including poultry, is dictated by Part 90 of the Illinois Dead Animal Disposal Act. The Pilot Program Outline allows for slaughtering but does not mention disposal (presumably not all chickens will be killed for consumption; sometimes culling of the flock is due to illness). Disposal is allowed by burning, burying or, in the case of poultry, composting. For example, if the owner of the chickens elects disposal by burying, the law states that burial shall be on the owner’s premises and the location of the burial must be in an area where runoff will not contaminate water supplies or allow leachate to streams, ponds or lakes. Presumably, this includes our ravines and Lake Michigan. This critical issue was not addressed by the Sustainability Committee but it must be addressed by the Village Board because it presents a public health issue – groundwater contamination, rodent and scavenger attraction – and our municipal code must be updated accordingly.

The Pilot Program Outline does not require residents keeping chickens to register with the Illinois Department of Agriculture Livestock Premises Registration. Why not? According to the IL Department of Agriculture website, “A database of locations where livestock are produced, raised and kept, will aid animal health officials. A system with proper trace back and trace forward capabilities provides timely response to minimize the economic impact in the event of an animal disease outbreak.” Obviously, given the number of backyard chicken related salmonella cases reported by the CDC last year, Lake Bluff should make this a requirement, along with proof of registration on site.

How many permits does the village of Lake Bluff intend to issue to allow chicken keeping? Will there be a fee? Will residents be required to make adjacent landowners aware of their plans to erect a coop and keep chickens?

Backyard chicken keeping is trendy. It may fulfill a romantic ideal for the humans involved, but often is disastrous for the chickens. This is an issue of humane treatment of chickens, not simply about “families’ rights to provide for themselves,” as a recent DNS editorial claimed. This is an issue of public health, despite many protestations to the contrary by supporters. This is an issue that deserves more than a one page outline lacking in specifics and real protections for humans and chickens alike.