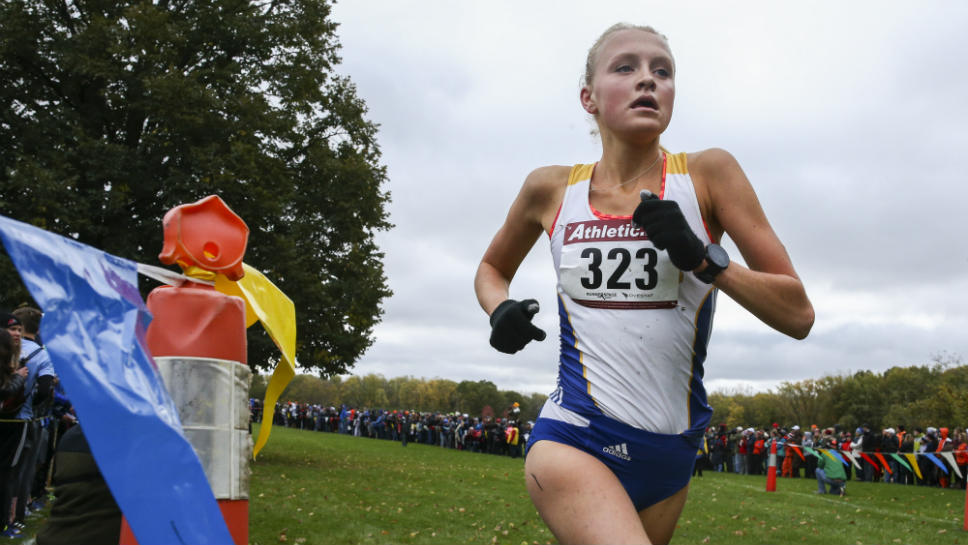 And so did Glenbrook South’s Kate Jortberg and Glenbrook North’s Natalie Sandlow.

Chody put the finishing touches on her high school cross country career by earning all-state honors at the Class 3A state meet in Peoria on Nov. 4.

Chody cruised the three-mile layout at Detweiller Park in 17:05 to place 15th overall. She was only seven seconds away from a top-10 finish. The winning time was 16:22, which was clocked by Glenbard West sophomore Katelynne Hart.

This was Chody’s fourth appearance at state. She also claimed all-state recognition during her freshman year (17th, 17:55), when she helped the Scouts to a runner-up finish in Class 2A.

“This was a nice bookend to her career,” said LF head coach Steve Clegg.

Her time on Saturday was a 22-second improvement over her previous best time at Detweiller.

“She went to the front at the beginning of the race and held her position,” Clegg noted.

According to Clegg, Chody is only the second LF runner to make four state-meet appearances. Victoria Jackson is the other.

Jortberg and Sandlow also came up with notable performances. Jortberg, a highly promising sophomore, raced to all-state honors (top 25) by taking 20th in 17:09.

Sandlow just missed all-state accolades, finishing 28th in 17:31. She was the fourth fastest freshman in the 210-runner field.