GLENCOE – Frank Lloyd Wright enthusiasts take note: There are three houses on the market in Glencoe designed by the famous architect, providing a rare opportunity to purchase a piece of history.

“It is unusual to have so many (Frank Lloyd Wright homes) so close to each other on the market,” Peter Van Vechten, president of the Glencoe Historical Society and member of the village’s Preservation Commission, told DailyNorthShore.

Glencoe residents Sherman and Elizabeth Booth originally had grand plans for a mansion-like home designed by Wright on an expansive 15-acre private estate, according to www.wrightinglencoe.org. But those plans were changed and instead the property was subdivided into what is now known as Ravine Bluffs, where five Wright-designed homes were eventually constructed.

“I believe that this was Wright’s first built suburban subdivision, as such I think it holds an important place in his work,” Van Vechten said.

Wright designed the Sherman Booth house for the family. The house incorporated an existing garage and stable, originally part of the larger estate plan, according to www.wrightinglencoe.org. The 1916 home, which is located within Ravine Bluffs, is on the market for the first time in nearly 50 years, according Van Vechten.

With views of Lake Shore Country Club, the three-story Sherman Booth House has five bedrooms and four-and-a-half baths, according to the listing on Jameson Sotheby’s website. The home’s original details designed by Wright are intact and include slatted wooden light sconces, screens between rooms, an outdoor fireplace on a rooftop deck and a stylized flagpole, according to an article published in Crain’s Chicago Business.

“The home has not been appreciatively added onto or taken away from. This one is very authentic to the original house,” Van Vechten said.

Built in 1913, the so-called Summer Cottage was constructed as a temporary home for the Booth family while Wright designed the main house. It was later moved to its current location just outside of Ravine Bluffs.

At 1,755 square-feet the one-story Summer Cottage is considerably smaller than present day new construction on the North Shore, featuring three bedrooms and two bathrooms, according to the listing on the Re/Max website. When first constructed, the Summer Cottage was truly a temporary home with no heat or basement, according to Van Vechten. When the house was moved to its current location, a basement was created and heat was added, the home was also reoriented from an east-west orientation to north-south.

The Kier House, built in 1914, is one of five smaller homes designed by Wright in the Ravine Bluffs development. The @properties listing describes the house as an “updated rendition” with modern features such as a finished basement, a renovated white kitchen and central air conditioning. The home is 2,207 square feet and includes three bedrooms and two-and-one-half baths, according to the listing.

“They are not making any Frank Lloyd Wright houses anymore. These are very unique houses. These houses are the opposite of a catalogue home. Each home has unique qualities that make them special,” Van Vechten said. The historic houses will likely appeal to special buyers too. “Thy appeal to people with a different mindset from standard which is great because they are wonderful homes,” Van Vechten said. 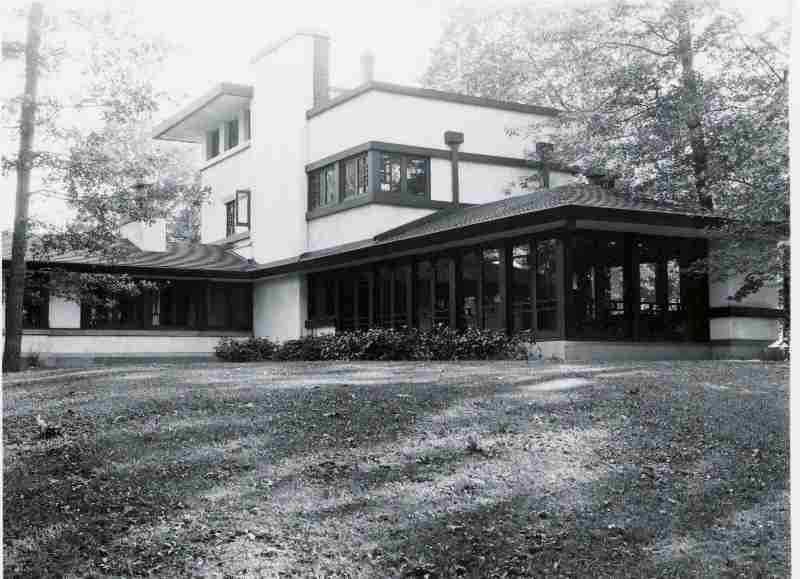 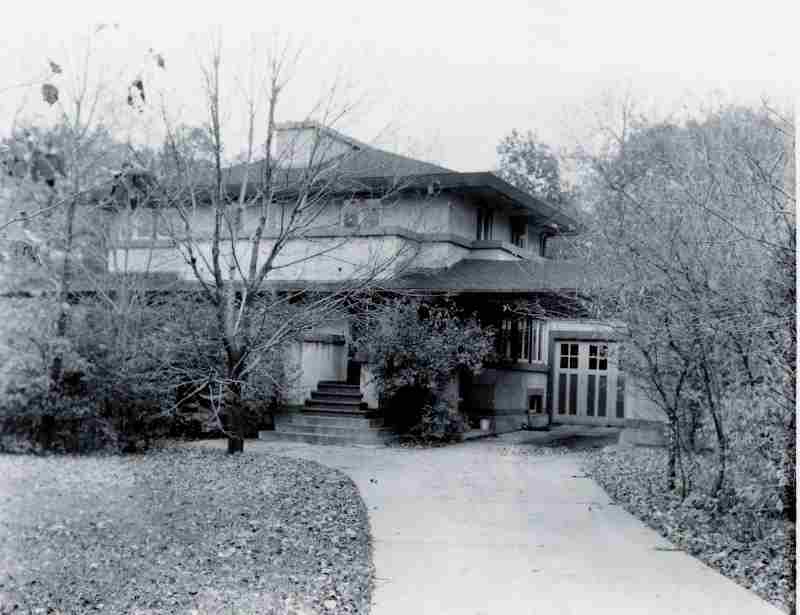