Woo and her classmates in Marianne Gudmundsson’s class were assigned to record what they had observed under a microscope. Woo chose to use more than words to complete the assignment.

“I drew cell structures, and then I colored them,” Woo recalls. “It was my way of combining my interests in science and art.”

This much: Gudmundsson, on the last day of class, asked Woo if she could keep it and some of Woo’s other vivid homework/artwork. 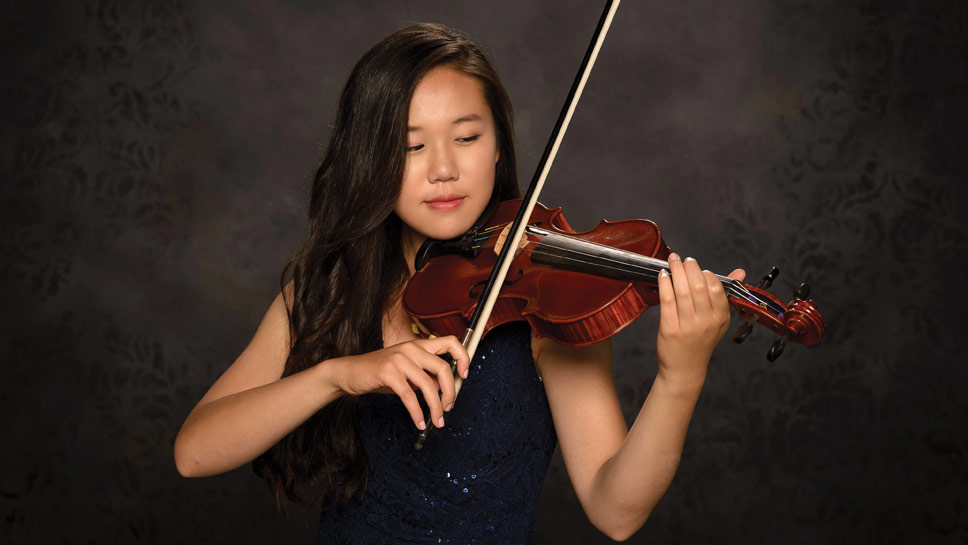 “I gave her my file of homework,” says Woo, a Glenview resident and one of only 15 Glenbrook South students enrolled in the Glenbrook Academy of International Studies.

Woo’s illustration of Planet Earth graced one of the covers of Calliope, the school’s literary art magazine, for which she has also submitted poetry and photography and served as a co-editor-in-chief (in the 2016-17 school year and again this year).

“My first meeting of the first organization [Calliope] I joined my freshman year was a small one, about five of us,” says Woo, adding her first poem for the publication was about a little girl collecting leaves with her mom.

It would take quite a while to add up the number of meetings she has either attended or convened since that autumn day in 2014. Woo somehow also thrives as an executive leader of the school’s Key (Service) Club and president of Glenbrook South’s Chinese Club, Art Club, Society of Women Engineers, Medical Chapter and Angel’s Aid.

Woo founded Angel’s Aid — now a part of Key Club — at the beginning of her sophomore year. With several of her family members either in a hospital or in a nursing home at the time, Woo formed a group of musicians that performs and brightens the day of folks in local care facilities, including Presence Maryhaven Nursing Home and Rehabilitation Center in Glenview. Woo sings and plays the violin. Others in Angel’s Aid play guitar, flute or piano.

“When we did a recital [for an audience of 50-60] at Presence Maryhaven, we saw smiles all around the room,” Woo says. “That was great to see. They enjoyed being in that room with other residents, and we enjoyed entertaining them.”

A state champion in taekwondo (creative form division) in 2014, Woo is going for a third-degree black belt in the martial art this year. She qualified for a national speech competition in Chinese, held at the University of Massachusetts in 2016, and earned runner-up honors among 24 other contestants in the non-heritage category.

Her day of rest must be Sunday, right? Not really. Woo is a Sunday School teacher (preschool through fourth grade) at Gloria Dei Lutheran Church in Northbrook.

Ace student, poet, photographer, super-busy leader, artist, musician, decorated athlete, extraordinary communicator, teacher — Woo, all Woo. If students were required to own business cards, CONTINUED ON THE OTHER SIDE would have to be printed on the front of Woo’s card.

“My parents [Jane and Ken] raised me to always try my hardest, no matter what I’m doing,” says Woo, who is interested in the fields of medicine and hospital administration and might double major in biology and business in college. “They’ve also reminded me to do what’s right, to be a good person and to be there for others. My mother and father like to stress the importance of studying hard and playing hard … having balance in life. They also like to say, ‘Trust that everything will turn out well in life.’

“I will always be thankful for the way they raised me.”