LAKE BLUFF – A 33-year-old woman fended off an armed assailant at around 11:15 a.m. Saturday, November 4 in the courtyard of the Carriage Way Shopping Plaza on S. Waukegan Road in Lake Bluff, according to police.

The woman was walking from the courtyard to her vehicle when she was approached by a white man, about 5’8″ tall, of slim build and wearing a dark-colored hoodie and dark pants, according to Lake Bluff Police Chief David Belmonte. The man, whom the woman did not know, attempted to grab her purse, but she pulled away; he then produced a knife and demanded the purse, but the woman yelled and ran away without physical injury, Belmonte said.

A witness called 911 and LBPD officers responded at 11:17 a.m. The suspect fled the shopping center, which is located at the corner of S. Waukegan Road and Route 176, and was seen by several witnesses running northbound in the rain, possibly on Thorn Tree Lane toward West Washington Avenue. Lake Bluff and Lake Forest police and a canine from the Lake County Sheriff’s Department searched the area until 12:55 p.m. They did not locate the suspect during the search, but the investigation is active, said Belmonte.

If anyone has any information, they are asked to call the Lake Bluff Police Department at 847-234-2151. 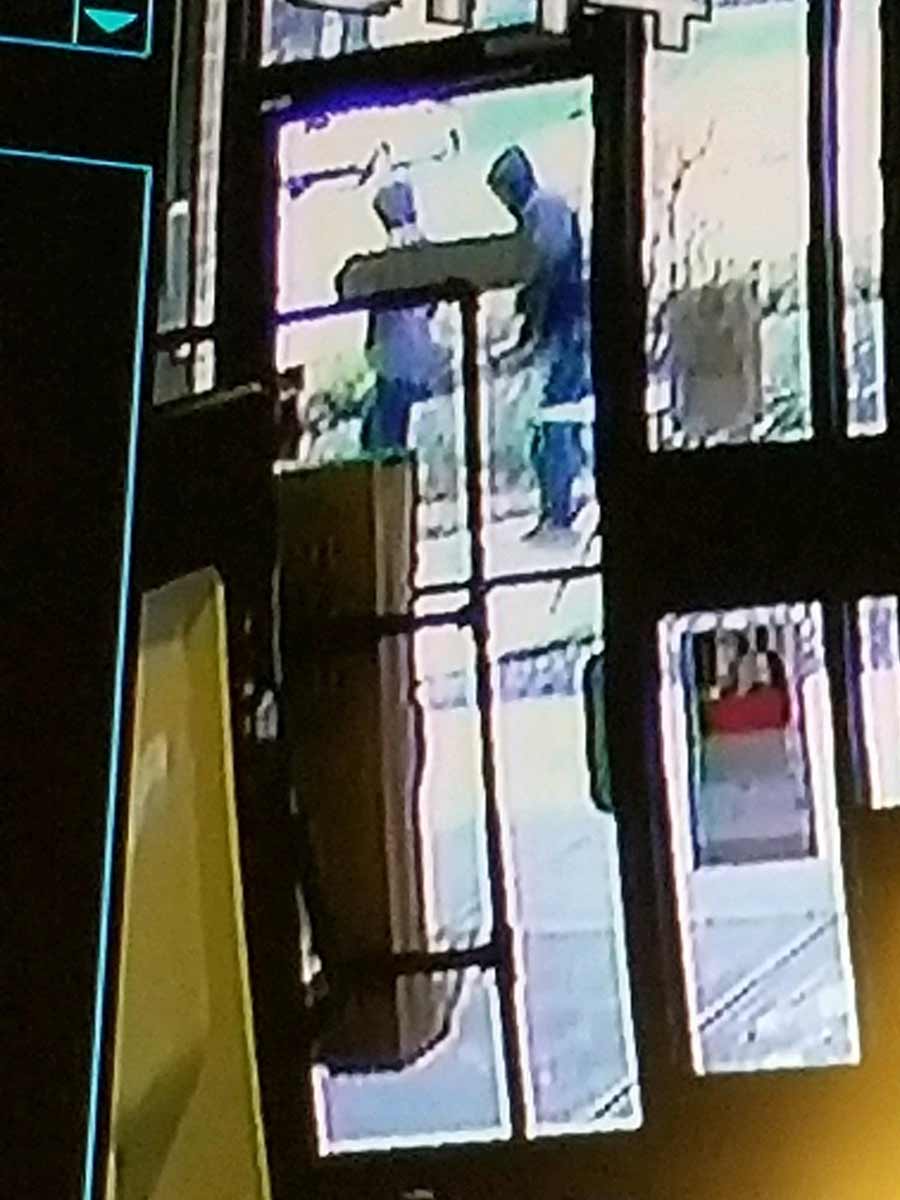 A surveillance photo of the attempted armed robbery at the Carriage Way Shopping Center in Lake Bluff. The suspect is on the right. PHOTOGRAPHY COURTESY OF THE LAKE BLUFF POLICE DEPARTMENT. 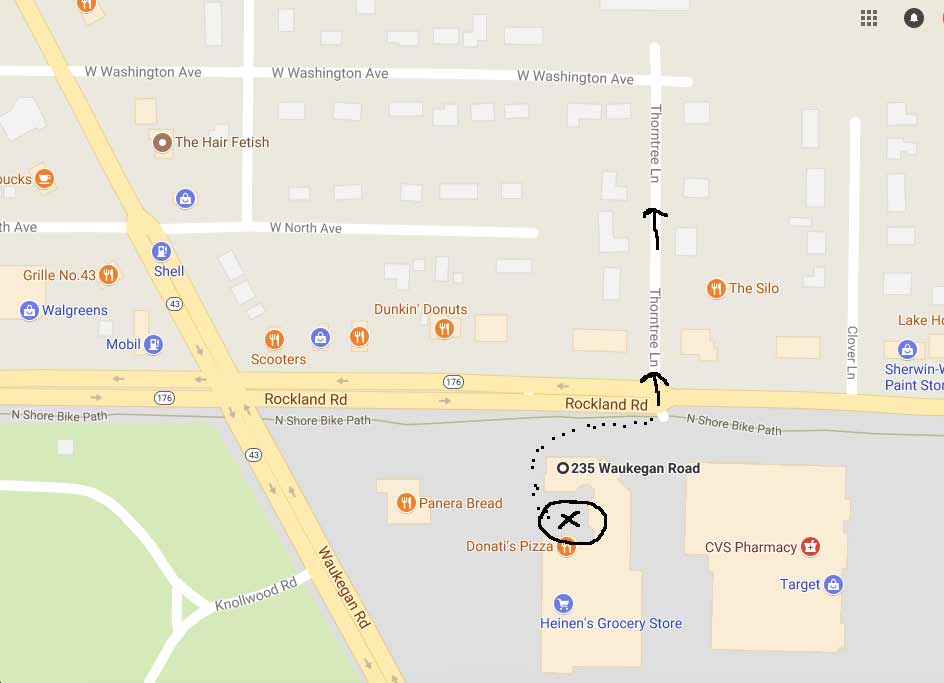 The suspect was last seen running north from the shopping center on Thorn Tree Lane, possibly to West Washington Avenue, according to the LBPD.