Her eyes widen above a sweet smile.

Her posture in the booth improves.

“Max,” she begins, “was a grab-you-by-the-lapels personality, full of life, adventurous. My son loved reptiles. Loved them. When he was 10, on a trip to Costa Rica, Max spotted a caiman and inspected it. But in order to inspect it, he had to first take it away from its mother. 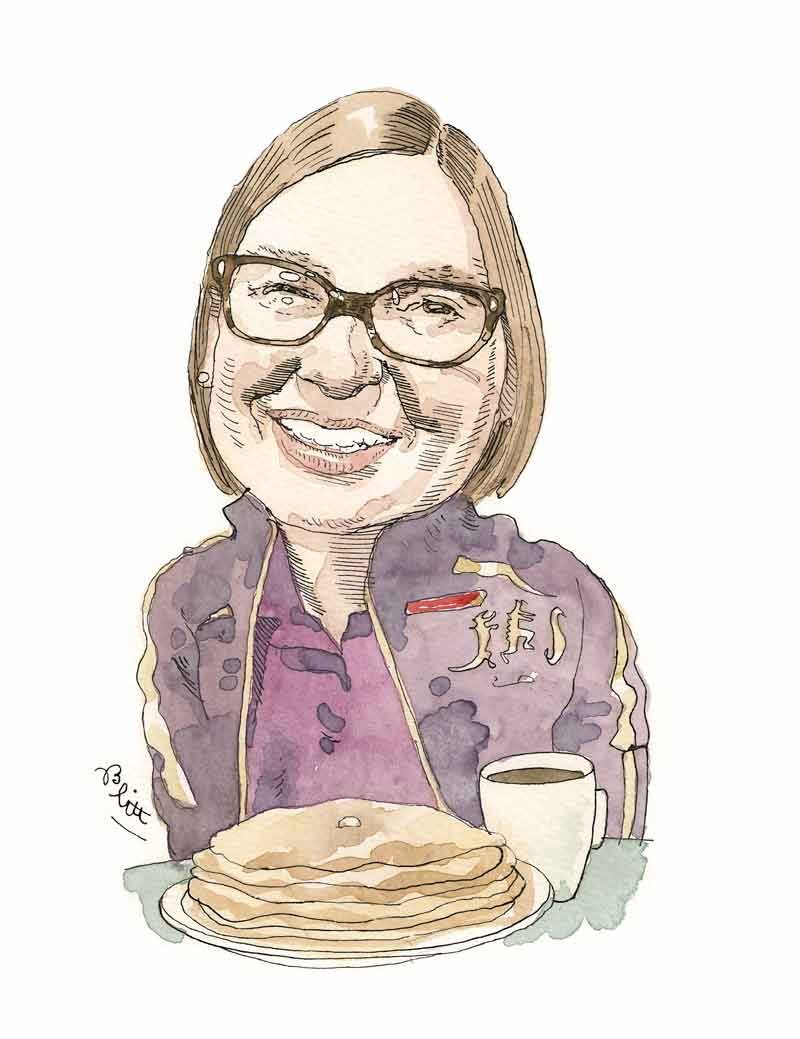 “Around people,” the 64-year-old adds, “he was a … magnet, the sweetest and the nicest and the happiest kid. Great conversationalist, good-looking, kind, brave.”

Max Schewitz died on September 29, 2005, after collapsing while working at the Discovery Wildlife Center at Elawa Farm in Lake Forest. He enjoyed working at the living natural history museum as much as he enjoyed visiting it.

Cause of death: a hidden heart condition.

Mary Beth Schewitz, at the urging of her husband, David, launched the Max Schewitz Foundation (MSF) less than a year later and continues to serve as its executive director — even though the former Lake Bluff resident now resides in the city of Marco Island, Florida. Its primary mission is to conduct EKG tests on students at area high schools and colleges. A painless, noninvasive EKG test, I learn, can detect upwards of 60 percent of the markers of conditions that lead to sudden cardiac death.

“But an EKG,” Schewitz says, “is not a part of the routine physical for young adults.”

Since the start of the MSF, Schewitz — the mother of Sarah, 35, and Adam, 31 — estimates 1,400 teens or young adults have been recommended for follow-up testing with a cardiologist or a primary care physician based on EKG testing. (For years the on-site tests were free; now they cost $15, but some schools absorb the cost for students who cannot afford it).

MSF typically held EKG testing at eight schools each year; that number swelled to 18 for the 2017-18 academic year. Ninth-graders at New Trier underwent voluntary tests on Oct. 18; Highland Park High School students will have the opportunity to get tested on April 13, 2018.

“We’ve received a range of reactions from parents who find out their children should make an appointment for a follow-up exam,” says Schewitz, who ordered decaf coffee and thin pancakes (49er flapjacks). “Some express shock, others indifference. Then we hear very action-oriented parents who immediately ask, ‘What do we need to do next?’ ”

Currently a Chicago Bears fan, Schewitz grew up in Green Bay, Wisconsin, as the oldest of Bob and Marge’s seven children. The graduate of East De Pere High School loved to sew, and she paid for her tuition ($2,800) every year at nearby St. Norbert College with wages she had earned from babysitting and waitressing. After double majoring in psychology and sociology, she landed a job with the National Opinion Resource Center in Green Bay. She earned her Master’s in Social Work degree at Loyola University in Chicago.

One of her passions today is horseback riding. The name of her horse, stabled in unincorporated East Naples, Florida, is Calusa Breeze, or “Cal” for short.

Max Schewitz, at the age 19, started an animal education business in Coralville, Iowa, a suburb of Iowa City. He named his venture “Max and the Wild Things”. Wild things climbed into Max’s vehicle. Max drove the animals around and showed them off to rapt kids of all ages.

“Max,” his mom says, “was in charge of a traveling mini zoo.”

The Discovery Wildlife Center at Elawa Farm, to the surprise of nobody or no reptile, served as the site of Max Schewitz’s funeral. Nearly 700 folks attended it.

“Throngs and throngs of people,” Mary Beth Schewitz, still marveling, recalls. “I still think of him every day, still converse with him.

For more information about the Max Schewitz Foundation, please visit heartsmartekg.org or call (847) 648-2206.