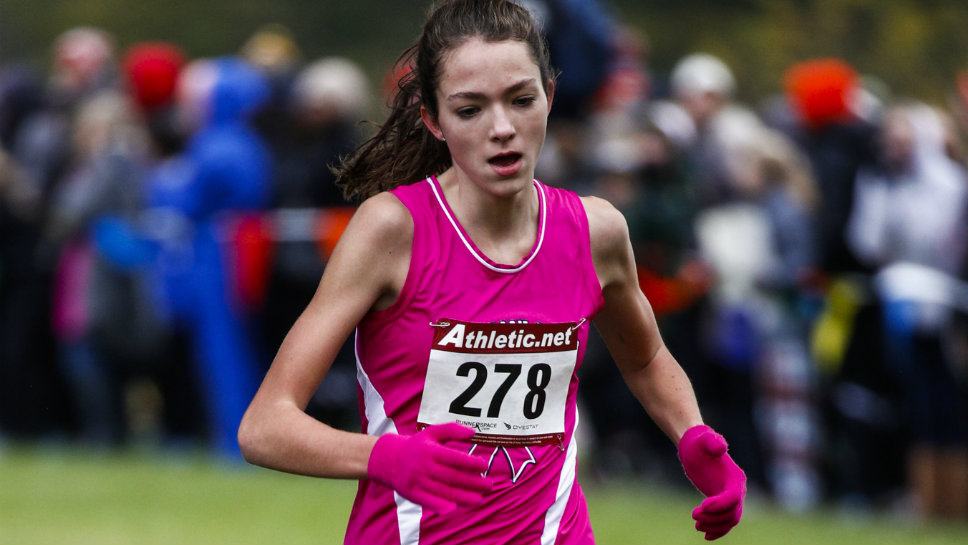 GBS’s Kate Jortberg races to a sixth-place at the sectional meet. PHOTOGRAPHY BY JOEL LERNER 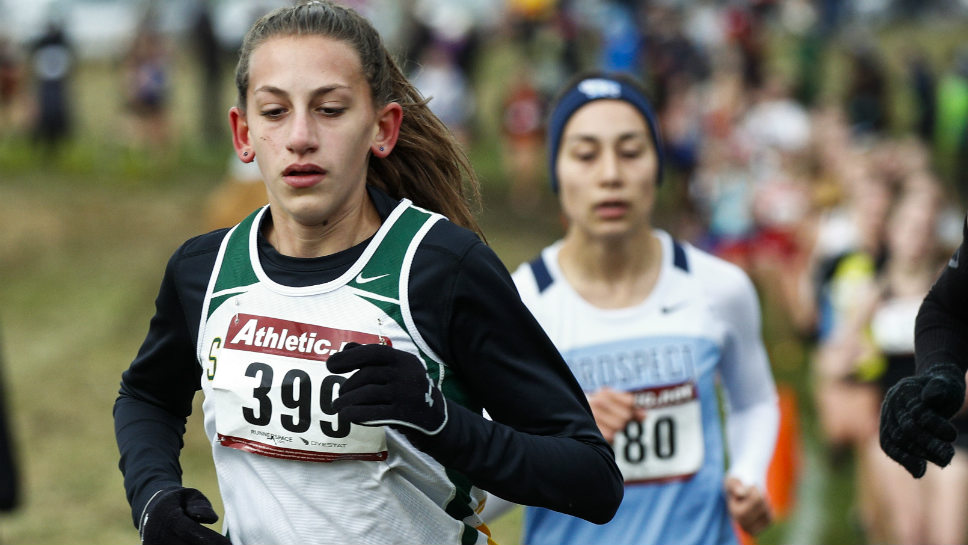 GBN’s Natalie Sandlow qualifies to state with a seventh-place finish at the sectional. PHOTOGRAPHY BY JOEL LERNER

Jortberg, a sophomore, raced to a sixth-place finish in the Class 3A Hoffman Estates Sectional. She cruised the three-mile layout in 17:46.3 and will be the team’s lone competitor at Saturday’s state meet at Detweiller Park in Peoria.

A week earlier, in a regional race at Busse Woods, Jortberg was clocked in a second-place time of 17:46.5.

And, talk about being oh so close.

With Jortberg leading the way, Glenbrook South just missed qualifying to state as a team. The Titans tallied 179 points for sixth place. The fifth — and final — qualifier was Palatine (168).

It’s been a solid season for the Titans. They placed fourth in the regional with 86 points, while they ended up third (105 points) in the South Division of the CSL Championships at Vernon Hills on Oct. 16.

She entered the sectional race after placing third in the regional at Busse Woods a week earlier. And, to her credit, she made a five-second improvement.

“With the better competition, I went faster,” said Sandlow.

Sandlow, a former travel soccer player with FC United, has been fast riser in the sport.

“I quit soccer to be a runner,” she said. “I realized that I could be kind of good at this.”

“Her race today was quite impressive,” said GBN head coach Bob LeBlanc. “But she’s been doing this all year.

“She’s really a smart racer for someone so young,” the coach added. “She’s tough-minded. She had the confidence to get out fast, which put her in a good position.”

“There’s not enough superlatives to describe how well she ran,” LeBlanc said.

New Trier will send two teams to this weekend’s state meet in Peoria.

The girls squad earned a trip to Detweiller Park by taking third at Lake Park on Oct. 28. The Trevians tallied 79 points to finish behind Wheaton Warrenville South (51) and Glenbard West (73).

Loyola Academy finished 12th (274) in the standings. Senior Lainey McKinley kept her season alive. She will be running in Peoria after earning an at-large berth (17th, 18:18).