While growing up in Rochester, New York, Daniel Kielson could have hit the sidewalks or trampled leaves and twigs through a park for his 15-minute walk to school each day.

It was an easy choice.

The park, always the park.

“I recognized and appreciated the benefits of walking through wooded areas at an early age,” says the 79-year-old Kielson, who founded Winnetka-based BackYard Nature Center (BYNC) in 2007. “I have always loved to explore. When I walked to school, I observed, heard and smelled the wonders of nature. At summer camp, while playing ‘Capture the Flag’, I would disappear, hide in the woods and then go around to get the flag.

“There’s a plethora of research, fairly recent research, that points to the cognitive, emotional and social benefits of spending time outdoors,” he adds. 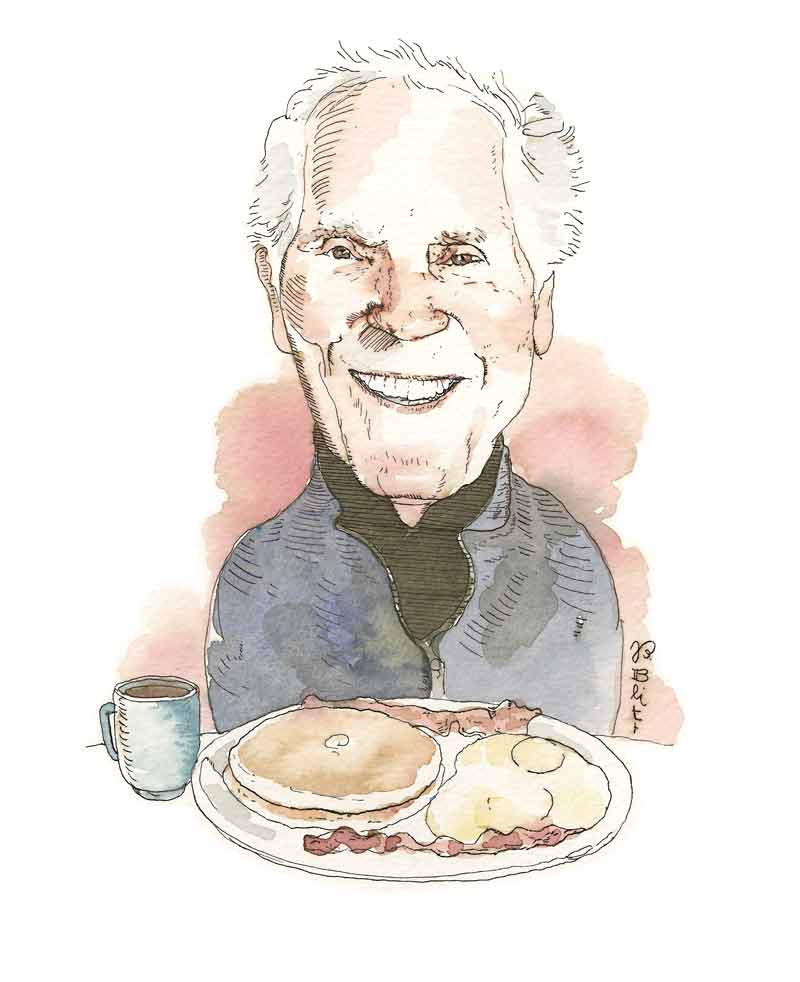 Kielson had become troubled by the fast-growing divide between people and the natural world by the mid-2000s. So the Winnetkan and former vice president of student affairs at Northeastern University in Chicago chose to do something about it. BackYard Nature Center, a not-for-profit, aims to connect children and adults with the wonders of nature in New Trier Township.

The organization has reached thousands — including more than 5,000 students from the township’s 13 schools — via education, stewardship, unstructured play and the promotion of connecting families with nature in their own backyards.

The best classrooms, in Kielson’s world, don’t have walls, don’t have desks, don’t contain textbooks. For years, thanks to BYNC’s collaboration with Wilmette Junior High School, science teacher Debbie Clark’s eighth-grade students have gathered at Skokie Lagoons to water test, hike and learn about the history of the lagoons. Ask any of them anything about habitat restoration or invasive species and prepare to be enlightened.

“I’ve heard some students say their time around the lagoons was the highlight of their school year,” says Kielson, who had ordered coffee, two eggs over easy, bacon and a side of pancakes at Walker Bros. Original Pancake House in Wilmette.

Time spent reading Richard Louv’s book, Last Child in the Woods (published in 2005), planted the BYNC seed for Kielson. The book addresses children’s decreased exposure to nature and how the resulting nature-deficit disorder hampers their development.

“Kids need the opportunities to do something unstructured outdoors,” insists Kielson, who, while pursuing a degree in physical education, taught skiing at the University of Buffalo and looks forward to skiing once a year in Utah. “We formed partnerships with the Winnetka Park District and with The Alliance for Early Childhood [in Winnetka]. Seven- and eight-year-old kids are building teepees outside, doing exercises and playing games involving tree stumps. They’re playing … in nature.

“Do you know,” he adds, “what kids love to do? They love to pretend they’re settlers.”

What Kielson loved to do, back in his days at James Monroe High School in Rochester: sing, play the drums, perform as the lead character in a play or in a musical. He also served as the boys social chairman of his class.

“I was a stutterer until my early 20s,” says Kielson, who gave a fluid PowerPoint presentation on nature-based activities at Chicago Botanic Garden in Glencoe last year. “It was a slow process, beating that. They didn’t have speech therapy in schools at the time. I got sent to a PE teacher to do neck exercises. Neck exercises! They thought neck exercises would cure my stuttering, if you can believe that.”

Kielson earned a doctorate in higher education administration at State University of New York at Albany. Among his other occupations before his 12-year stint at Northeastern were associate dean of students at SUNY New Paltz and dean of students at North Shore Community College in Massachusetts.

He has been married for 52 years to Marie-Eve, a native of France, a family and marriage therapist and the author of three books, including Reflection: A Long Walk Into the World of Love (published in 2012).

The book’s co-author: Marie-Eve’s husband, the father of their two daughters, Lisette and Claudine.

Daniel works out with a personal trainer twice a week, exercises at Winnetka Community House’s fitness center and jumps at the opportunity to oar a canoe while absorbing the wonders at Skokie Lagoons. He eats two meals — “breakfast and supper” — a day with his wife.

But Kielson doesn’t have to exert much energy to get his daily nature fix.

“I’ve learned from nature. I appreciate nature, and I want to promote it.”