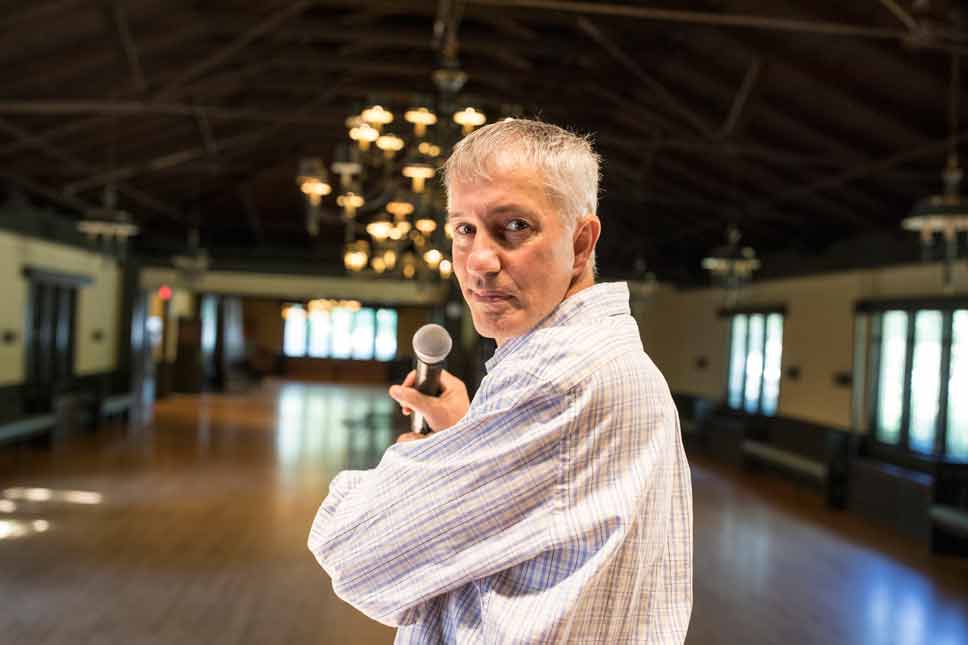 KENILWORTH – The first time Peter Lipsey performed stand-up, he didn’t know anything about timing. A red light kept flashing at the stage and he went 15 minutes over his time.

But 28 years later, the Wilmette resident has learned a thing or two about comedy, and he plans to shake things up in Kenilworth with Comedy at the Klub on November 17 at the Kenilworth Assembly Hall.

“Live entertainment is still the best. There is something about going out and having a good time,” Lipsey told DailyNorthShore.

Lipsey believes that in the digital age, people crave human interaction more than ever. He points to Wilmette’s revitalized downtown, bustling with new restaurants, as the perfect example of how people want to spend more time together.

Lipsey didn’t start out in comedy. When he graduated from college with a degree in journalism, Lipsey held writing positions in radio, magazines and advertising. But it was when he was working part-time as a bartender in Milwaukee that Lipsey found his passion. 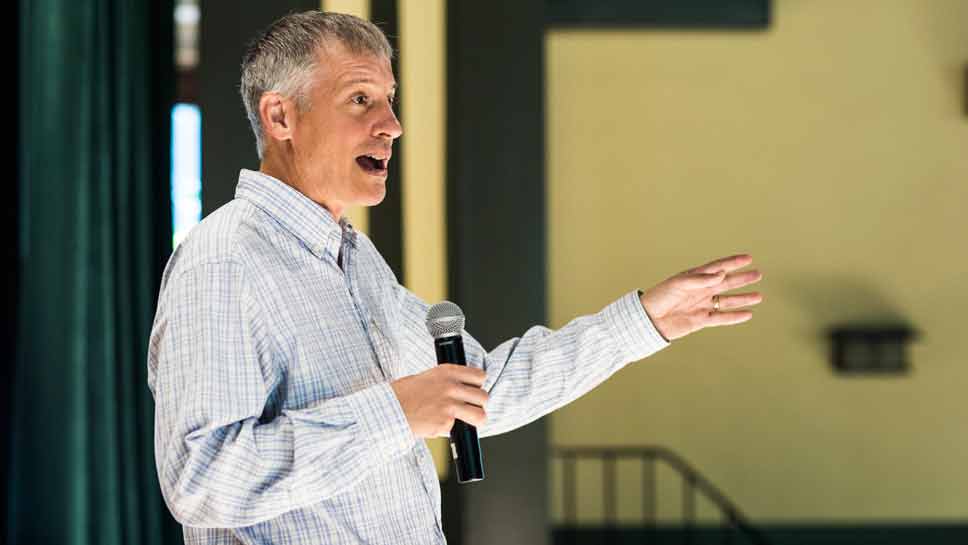 The bar held an open-mic night, and Lipsey was inspired to get on stage after watching other stand-up comics. “I am funnier than them. I can write better jokes than that,” Lipsey observed. So he gave it a try and was hooked.

Lipsey spent the next year performing on various stages around Milwaukee and then hit the road, traveling across the country doing the comedy circuit, with Chicago as his base. He developed his chops as an old-school comedian, telling mostly one-line jokes that include a premise, set up and punch line.

After Lipsey met his wife and settled down with a family, he decided to go into real estate full time and only perform in customized corporate and private shows. He continues to work on his comedy bit weekly, writing his jokes down in rough draft. Lipsey bounces his ideas off his wife, friends and children. His goal is to write about 40 to 50 jokes a week, incorporating five to eight into his routine.

When Lipsey performs, he’ll sandwich the new jokes between older jokes he knows work with a crowd. And if things don’t go well, he tries to keep it going. “You just have to slow down and don’t burn through your material. I find the segment of the crowd who is with me and work to them,” Lipsey explained.

In addition to Lipsey, the Kenilworth show includes veteran comedians Larry Bloom and Ricky March. While all three men grew up in Highland Park, they met as adults in Highwood, where they were performing stand-up. While Lipsey specializes in one-liners and tends to be high energy, Bloom is known for a more serious style on stage, and March likes to involve the audience.

“It all seems to work. Everyone has a different style and sensibility,” Lipsey said.

The show will include a dinner catered by A La Carte, followed by about an hour-and-a-half of live entertainment. A cash bar will also be on offer. This type of event is different for the Kenilworth Assembly Hall, which Lipsey describes as a gorgeous venue, and the show as something fast-paced North Shore residents could use.

“I think it is going to be a good show. The people on the North Shore need it — they are stressed out,” Lipsey said. 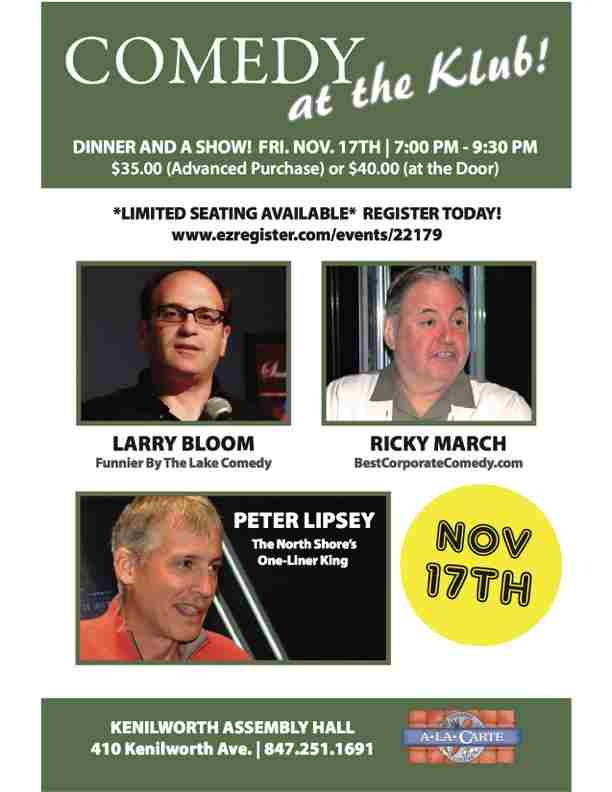