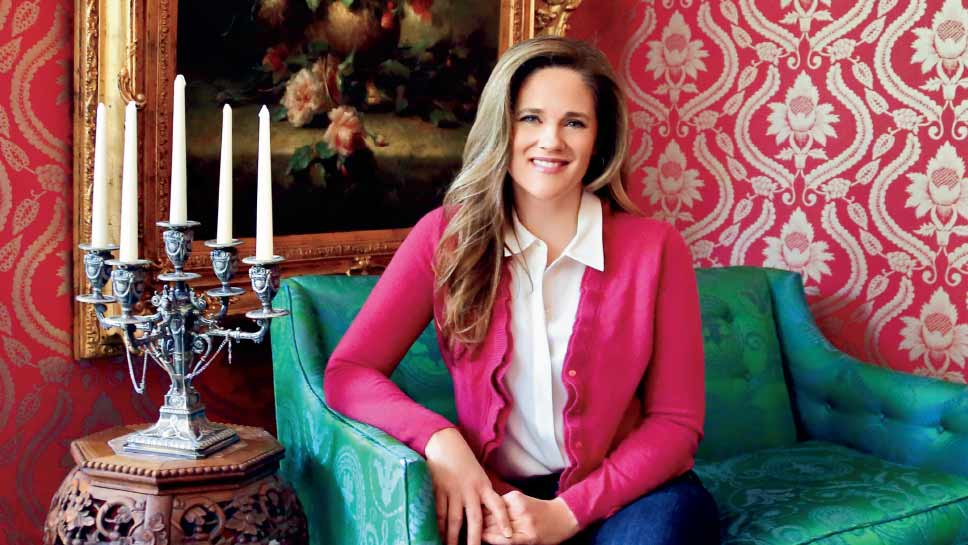 Wyoming native Alison Aldrich didn’t grow up in this area, but she has fallen in love with the historic Fort Sheridan community she now calls home. We sit down to hear the story about how a chance invitation to an event hosted by The Ragdale Foundation helped her “find her tribe” and why she’s so excited about this month’s “Rags to Witches” fundraiser. PHOTOGRAPHY BY KERRI SHERMAN

When Alison Aldrich and her husband John Varones accepted an invitation from Jeanna and John Park to join them for The Ragdale Foundation’s “A Novel Affair” event five years ago, she had no idea what to expect.

A native of Casper, Wyoming, Aldrich knew very little about architect Howard Van Doren Shaw or the mission of the nonprofit artists’ residency that sprang from his historic Ragdale estate in Lake Forest. The couple had lived in Chicago before moving their growing family to Fort Sheridan 17 years ago, so they were relative newcomers to the arts community that has become such an integral part of life in Lake Forest and Lake Bluff.

“I had never been to an event full of people like me who love books and art, and I felt so excited by the fascinating conversations. I had found my tribe, and it felt wonderful,” says Aldrich, who has been serving as a trustee at Ragdale Foundation since 2013 and witnessed the development of its inaugural “Rags to Witches” event, which returns this year on Sunday, October 22. “Ramona Ausubel, great-great-granddaughter of Howard Van Doren Shaw, especially captured me, making feel as if she was talking directly to me when she said that everyone has a story to tell. I couldn’t wait to read her book (No One is Here Except All of Us) after she described how her grandmother’s stories of growing up on the nebulous boundary between Eastern Europe and the Soviet Union.” 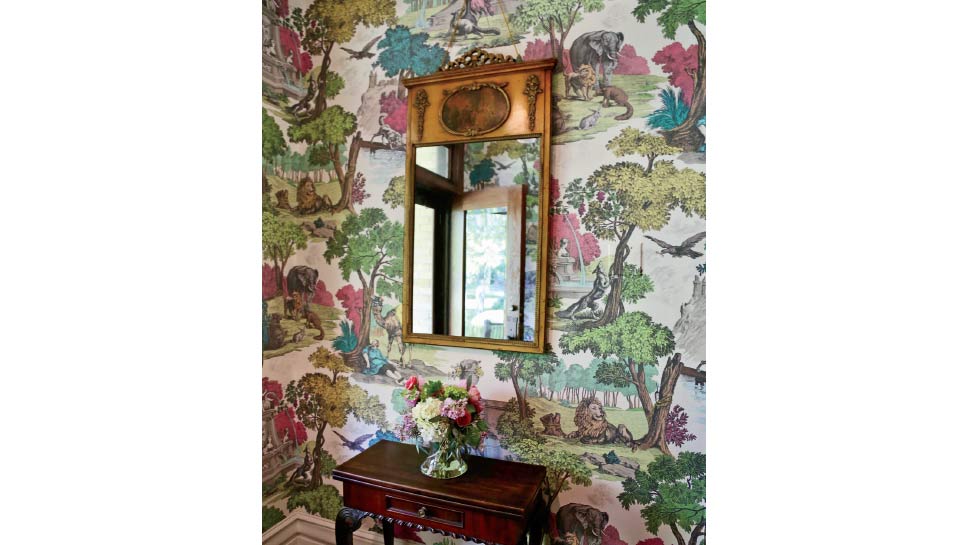 That one evening opened the door to a whole new world for Aldrich, a self-described “Wyoming girl” who has found herself a home in the Lake Forest and Fort Sheridan community. Speaking one recent September afternoon at the elegant turn-of-the-century officer’s mansion that she, Varones, and the couple’s three children moved into two years ago from a newer home in the Fort Sheridan area, Aldrich says that her connection to Ragdale has been life-changing, and included one “amazing full circle moment.”

Aldrich, who earned an undergraduate degree in public policy at Stephens College and worked for former Governor Jim Edgar on a James Dunn Fellowship in the mid-1990s, says it was during that time that she discovered Alex Kotlowitz’s seminal book, There Are No Children Here, about life in the Henry Horner Homes in Chicago. The book inspired her to get involved in managing two Department of Children and Family Services consent decrees while working with Edgar, ultimately leading to a master’s degree in social service administration from the University of Chicago. 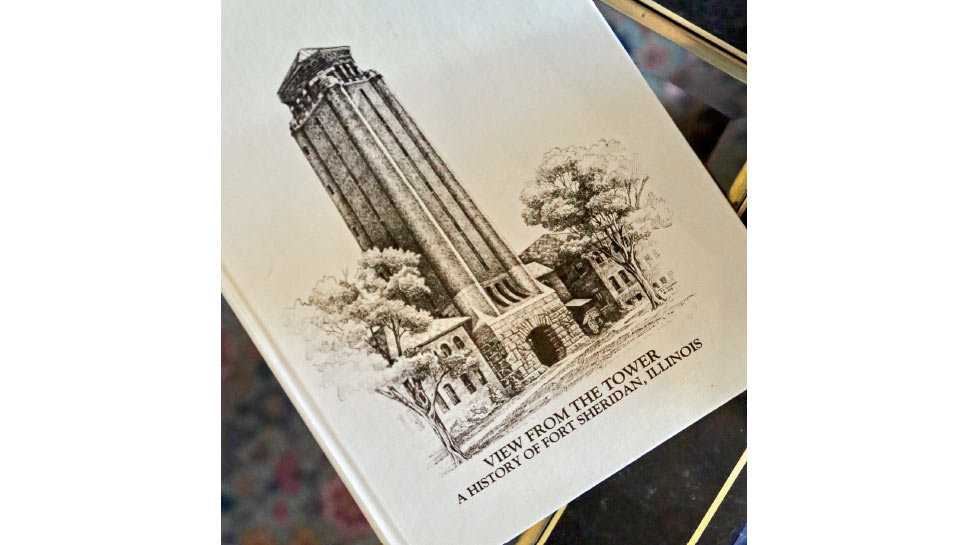 A decade later, her new role as a Ragdale trustee led her into the path of the author who had such a profound impact on her career.

“I had the great fortune of hosting Alex Kotlowitz at our home for ‘A Novel Affair’ the year before last,” she explains. “His novel had inspired me to become a social worker, and I still can’t believe he came to our home for dinner.”

With the air turning cooler and October around the corner, her focus during our recent interview was on “Rags to Witches”—a relatively new, more family-focused event that Ragdale Foundation unveiled for its supporters last year. 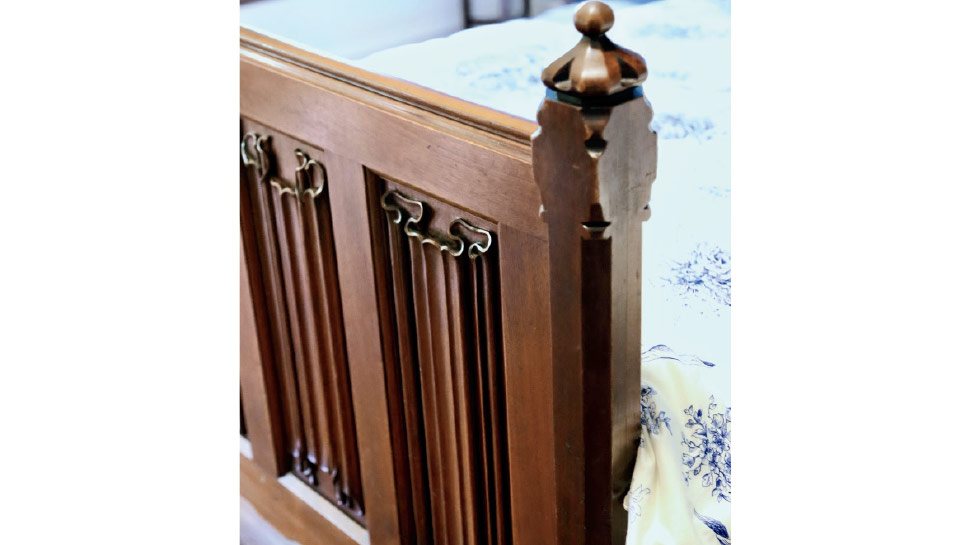 “When we envisioned this event, we wanted to provide opportunities for children to experience all the art forms represented at Ragdale, utilizing the talent of current and former residents,” says Aldrich, crediting artist and co-chair Karen Connell for her role in imagining and bringing to life so many of last year’s events. “Although Ragdale is perhaps best known for the authors who come here to work on new pieces, many other types of celebrated artists work at Ragdale throughout the year—from visual artists, dancers, sound designers, and composers We even had our first rap artist this past year.”

What made the inaugural event unique was the opportunity to be fully immersed in the art forms. A dance teacher led a “flash mob” creation to the tune of Michael Jackson’s iconic Thriller in the Ragdale Ring. Executive Director Jeffrey Meeweusen took it a step further and brought in Ragdale alumna Audrey Niffenegger, author of The Time Traveler’s Wife, to curate a one-of-a-kind storytelling session around the history of the Shaw family. 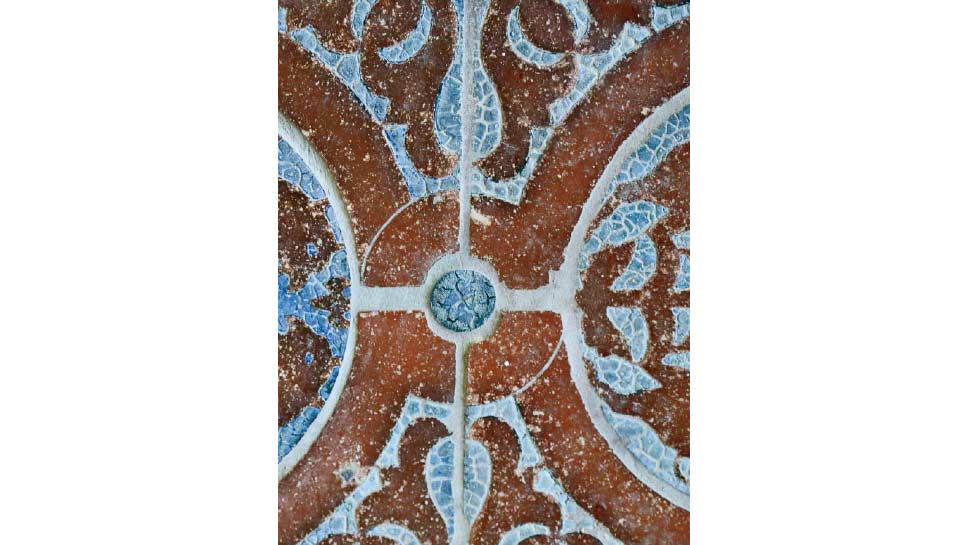 Detail of tile inside the home

“To make the event a unified work, Audrey and two of her collaborators, Ted Summar and Ken Gerleve, wrote an original story imagining the lives of the Shaw family at the time as seen through the lives of the family pets,” Aldrich explains. “With the help of other artists, the historic Ragdale house was decorated in an incredibly imaginative way. Actors staged throughout the five-acre campus helped tell the story. I am still amazed that a very famous author told ghost stories in the Ragdale house kitchen throughout the event, and most people didn’t even know who she was.”

It was just another one of those moments that Aldrich now treasures. In the years since that first encounter at “A Novel Affair,” Ragdale’s influence continues to be omnipresent in ways that are sometimes subtle, almost as if the Wyoming native was meant to be here.

Aldrich, who has served as president of the Town of Fort Sheridan master homebuilder’s association and on the boards of the Highwood Public Library and Center Stage Theater in Lake Forest, says she feels grateful that she has found such a vibrant and creative home here.

What Wyoming offered in wide open spaces is replaced with the Lake Forest and Fort Sheridan community’s wide open terrain for civic involvement, support of the arts, and historic preservation.

“The future development and preservation of Fort Sheridan excites me, and I am proud to be a part of it,” she adds. “I am also proud to be a part of Ragdale, and look forward to seeing where they take the organization for the generations to come. We are writing our own history today, and that alone is exciting.”