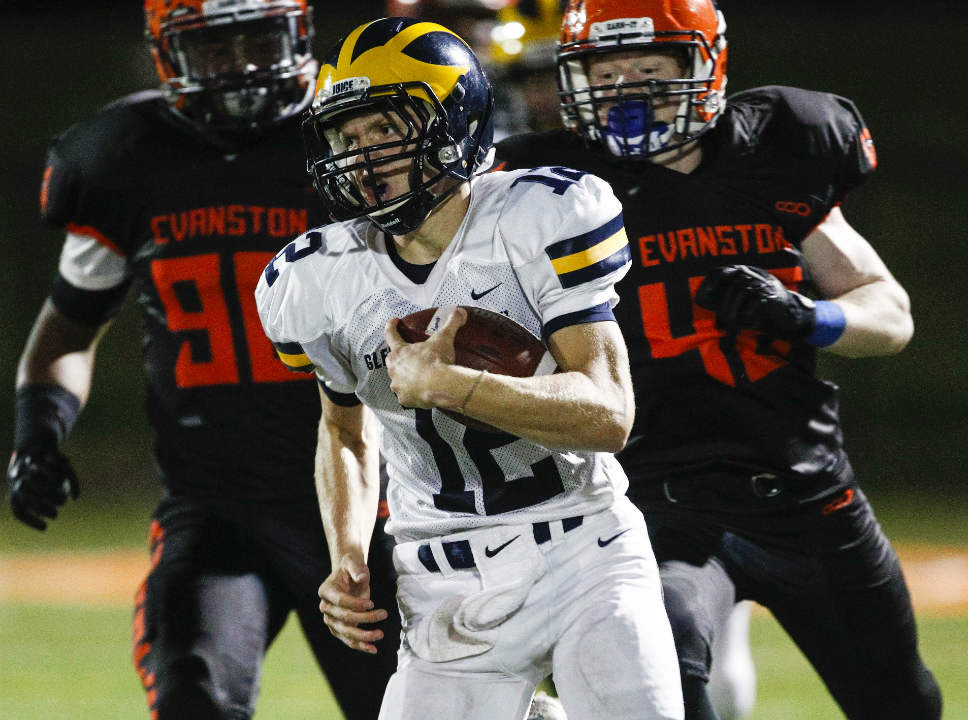 GBS quarterback Jeffery Chrones picks up 26 yards on a naked bootleg against Evanston in the second half. PHOTOGRAPHY BY JOEL LERNER

Then, Schoenwetter added this: “I really thought the game would be closer.”

The last thing that you want to do against this Wildkits football team is to get in a track meet with them.

The Kits (5-3) shifted their offense into high gear from the get-go. They raced out to a 28-6 advantage on four big plays: a 14-yard TD run by quarterback Drew Dawkins, a 38-yard run by tailback Quandre Nicholson, a 54-yard pass play from Dawkins to Malik Ross and an 80-yard TD run by Dawkins on a quarterback draw.

But, the Titans (5-3) had their next five drives stall short of the goal zone. Playing catch-up wasn’t ideal.

“I actually thought our offensive line did a really good job. It was nice to have them all back healthy,” said Schoenwetter, referring to center John Travlos, guards Zach Adams and Dimitri Manesiotis and tackles Sam Dale and Sam Dietrich. “We got good line play tonight, but I didn’t think that we capitalize on it.”

Still, moving the ball wasn’t an issue. GBS finished the game with 17 first downs and 388 yards.

And it was a balanced attack. Jeff Jerfita carried the ball 17 times for 79 yards. Savontae Garner had 15 attempts for 78 yards, including a two-yard touchdown run in the third quarter.

Chrones, who was not sacked the entire night, threw for 150 yards (7-16-3) and picked up a nifty 26 yards on a naked bootleg in the fourth quarter.

The senior QB had some impressive throws. With 9:45 left in the fourth quarter, he tossed a perfectly placed ball into the hands of Hides on a wheel route down the left sideline. It went for a 37-yard score.

Earlier in the second half — one play before Garner’s two-yard TD run — Chrones dropped a snap in the shot-gun formation, recovered it, rolled to his right and heaved up a 26-yard completion to Garner.

The GBS quarterback probably didn’t get a good view of Garner’s reception. He was pushed into the GBS sideline and shoved to the ground by an Evanston pass rusher.

However, the GBS coach wasn’t surprised that Chrones and Garner pulled it off.

“It started out as a odd play, when [Chrones] fumbled the snap,” said Schoenwetter. “But he was able to make something out of the nothing.

“Those two guys have played a lot of football together,” the coach added. 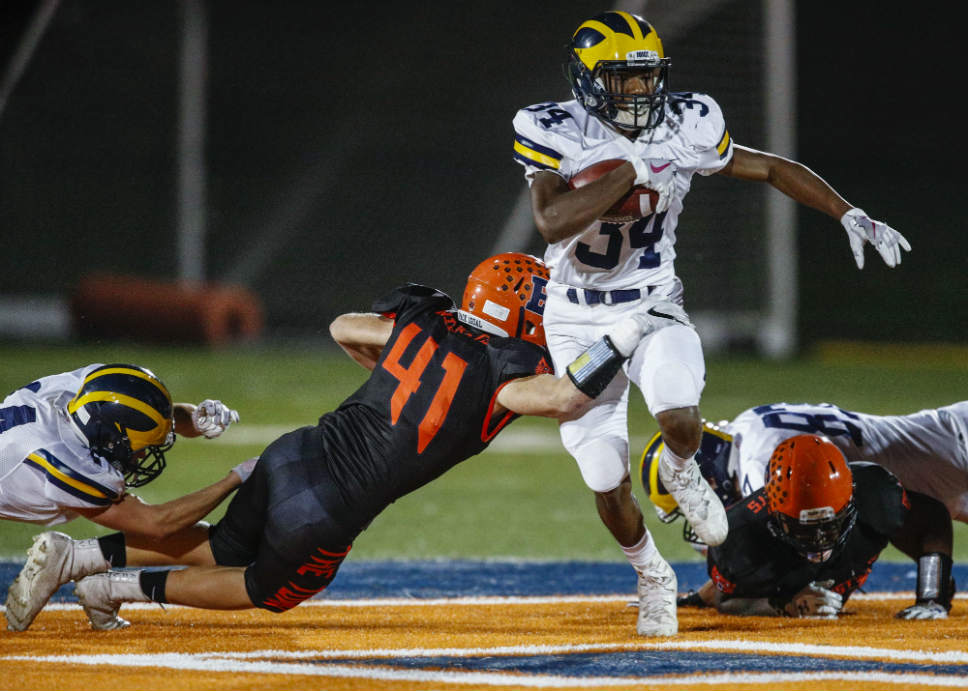 Savontae Garner of the Titans breaks free on a play in Friday’s game at Evanston. PHOTOGRAPHY BY JOEL LERNER 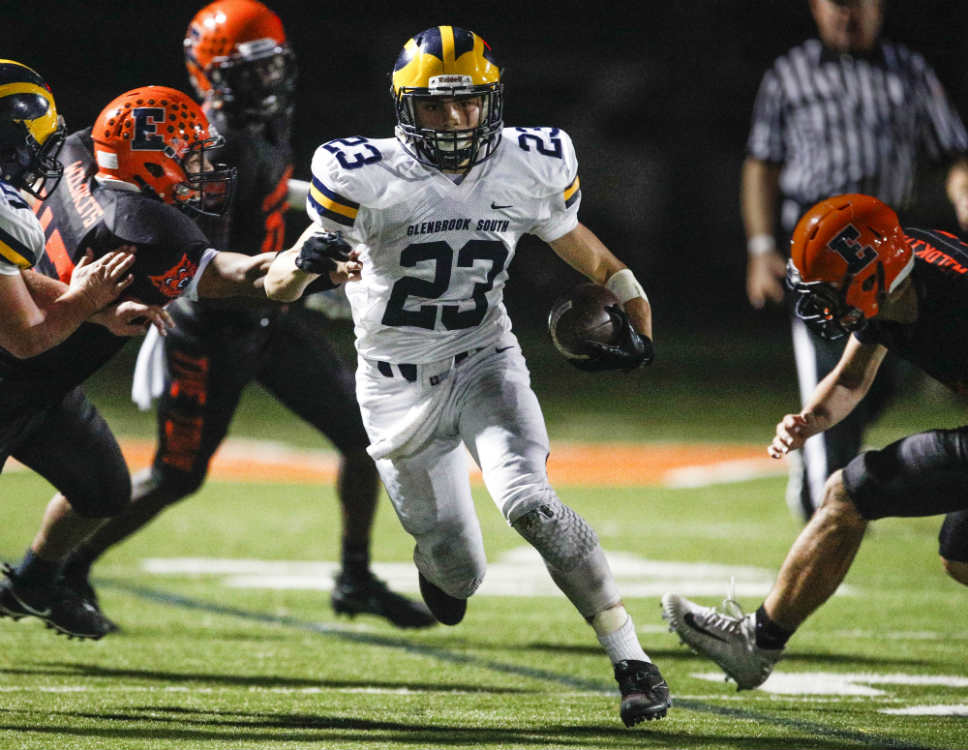 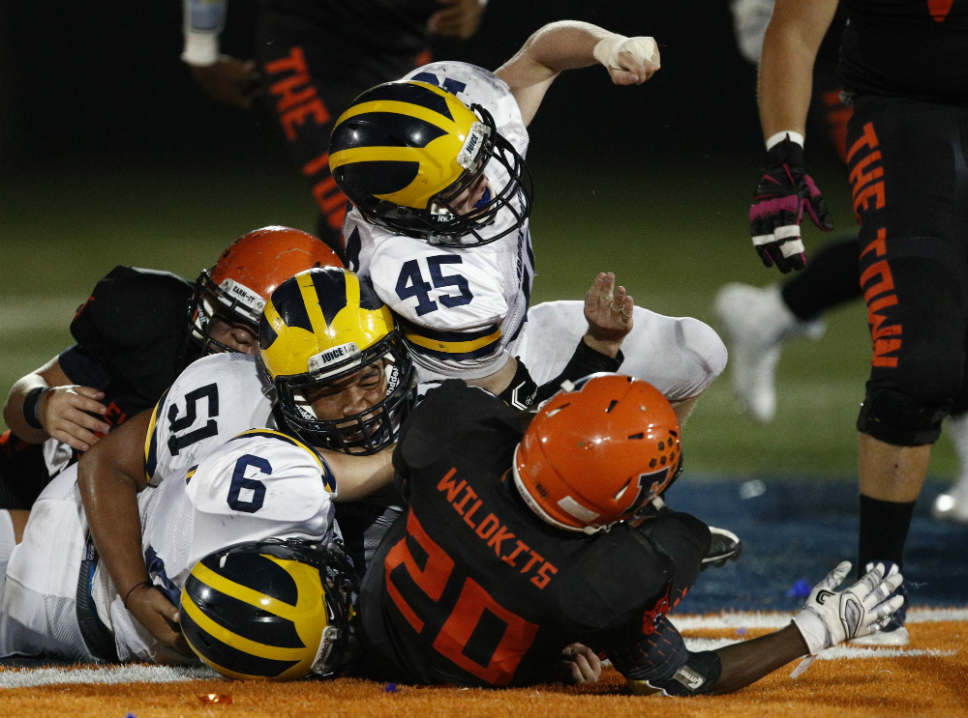 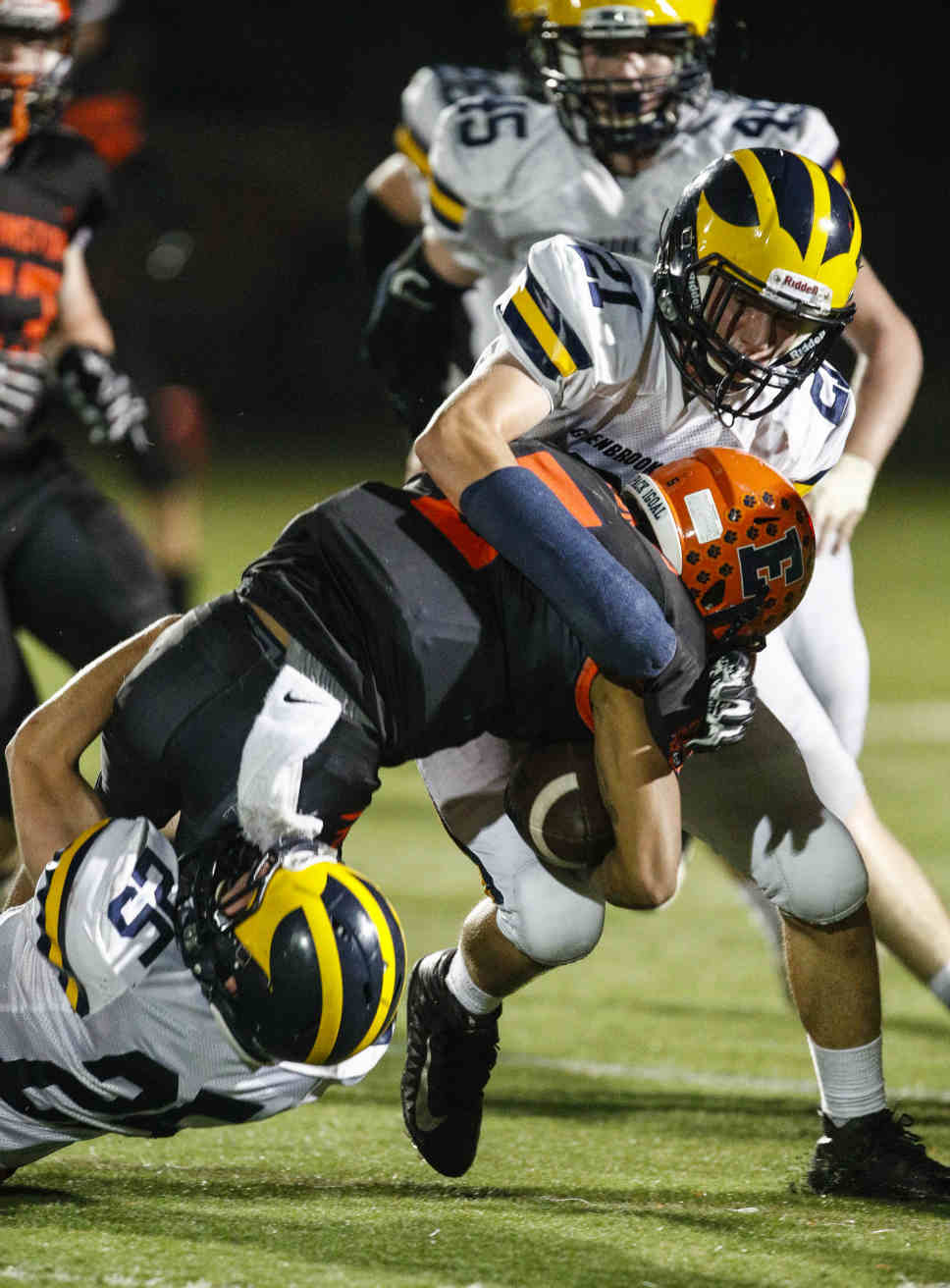 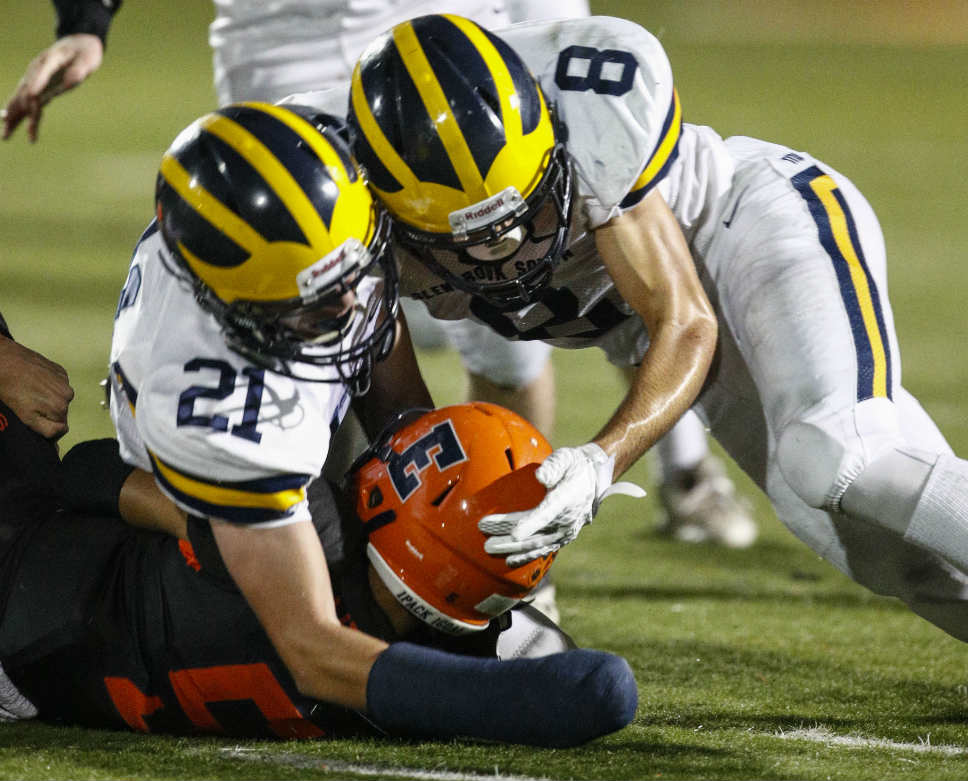