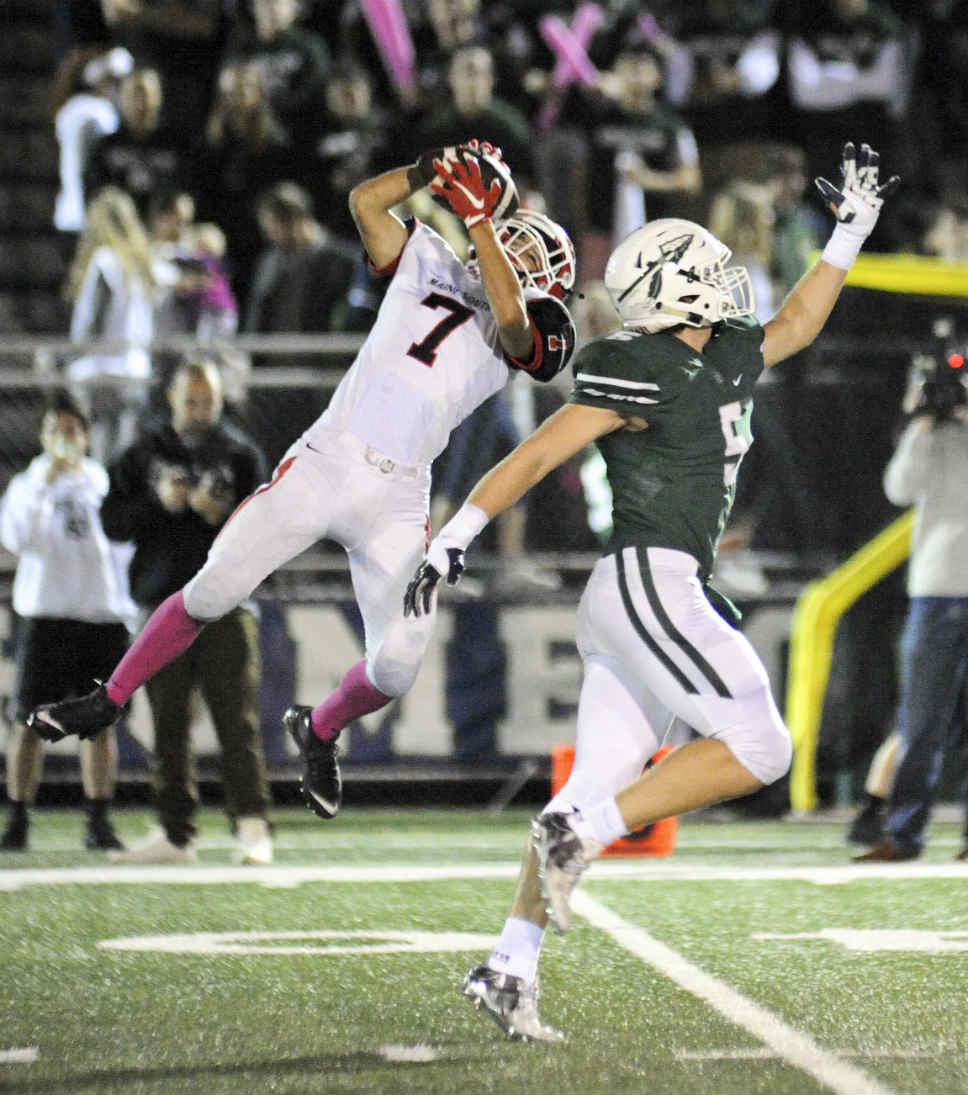 Maine South traveled to Northfield on Oct. 13, and the teams had nearly combined for 48 points again with 10:05 remaining in the fourth quarter.

But the tenor of the game was a completely different one compared to the clash a year ago. Maine South’s Hawks led 45-0, which triggered a running clock, and returned to Park Ridge as 45-7 victors.

“A lot of negative things happened [3 interceptions, including a pick-6, and a lost fumble] tonight,” he added. “But we’ll keep our heads up. We’ll get past this.”

Maine South (7-1, 4-0) scored only seven points in the first quarter in what would turn into a penalty-palooza contest. The Hawks’ 20 third-quarter points — including 77- and five-yard touchdown runs by fast and shifty senior running back Fotis Kokosioulis (12 rushes, 181 yards; 3 receptions, 27 yards) — deflated the Trevians (5-3, 3-1), who had entered the game on a four-game winning streak.

NT tallied its lone TD when backup quarterback Reed Bianucci (3-for-9, 49 yards) connected with senior wideout Daniel Passeri from two yards out late in the final quarter. Passeri finished with three catches for 46 yards, and classmate Anthony Nicholas, another wideout, came down with four receptions for 44 yards.

Trevians junior quarterback Carson Ochsenhirt (4-12-3, 41 yards) had a tough night. The signal caller rushed for a team-high 35 yards on 15 carries; the other NT ball carriers ran for a combined 48 yards.

NT senior defensive lineman Joey Artinian sacked O’Sullivan twice in the first half, and senior linebacker Kevin Conaghan stopped O’Sullivan 14 yards behind the line of scrimmage in the fourth quarter.

Rosin (6 rushes, 23 yards) returned a kickoff to the 50-yard line in the first quarter and hustled to tackle a Maine South punt returner about a second after the Hawk had fielded the punt in the third quarter. NT junior Donovan Perkins also recorded an impressive stop on special teams, with his coming on a Maine South kickoff return in the fourth quarter.

NT junior defensive back Carson Kosanovich broke up a pass on Maine South’s final possession of the first half.

“We have a lot of good talent on this team,” Rosin said. 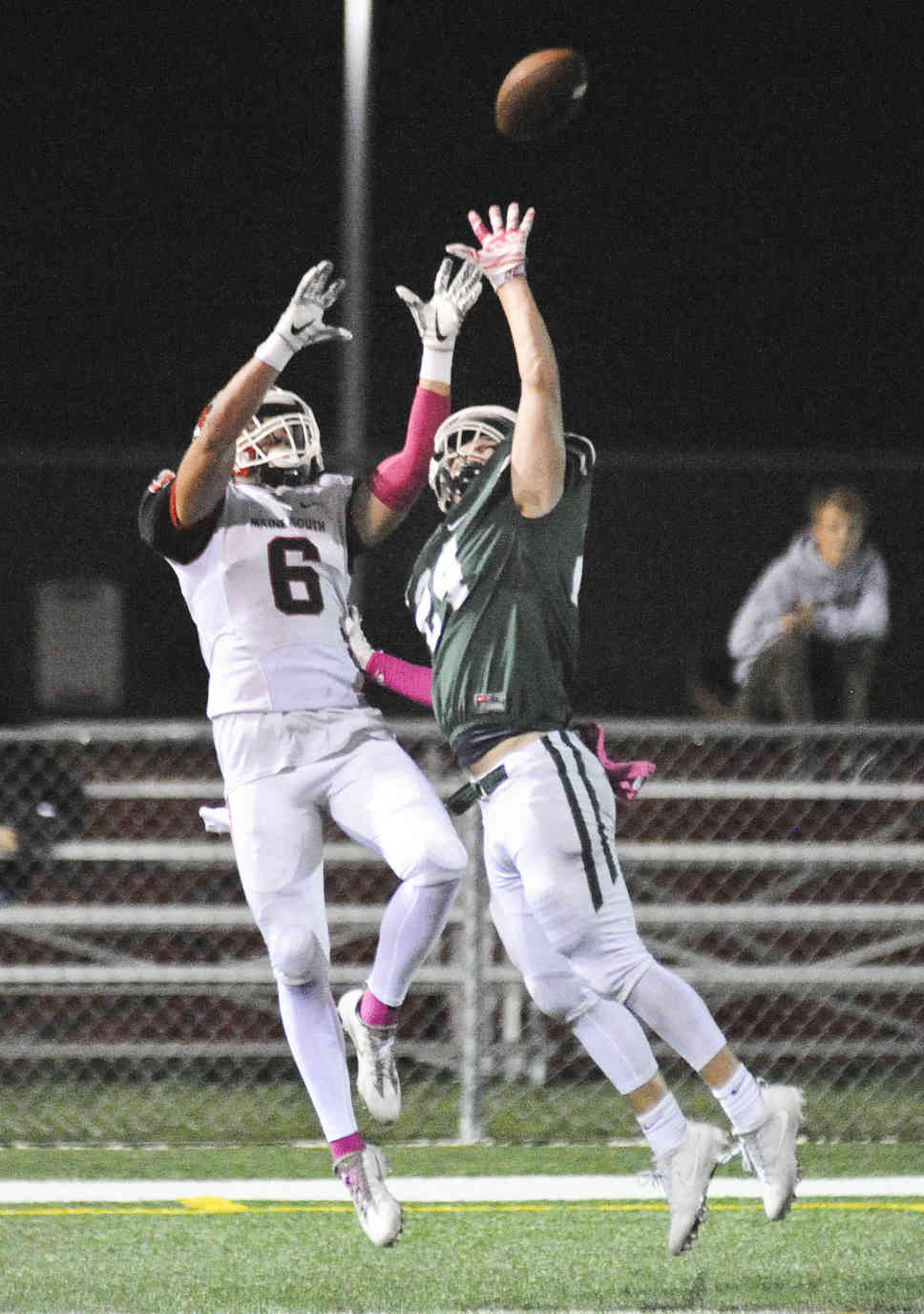 Matt Mosher of the Trevians goes up high but is unable to break up a TD pass caught by Maine South’s Cam Stacy. PHOTOGRAPH BY GEORGE PFOERTNER 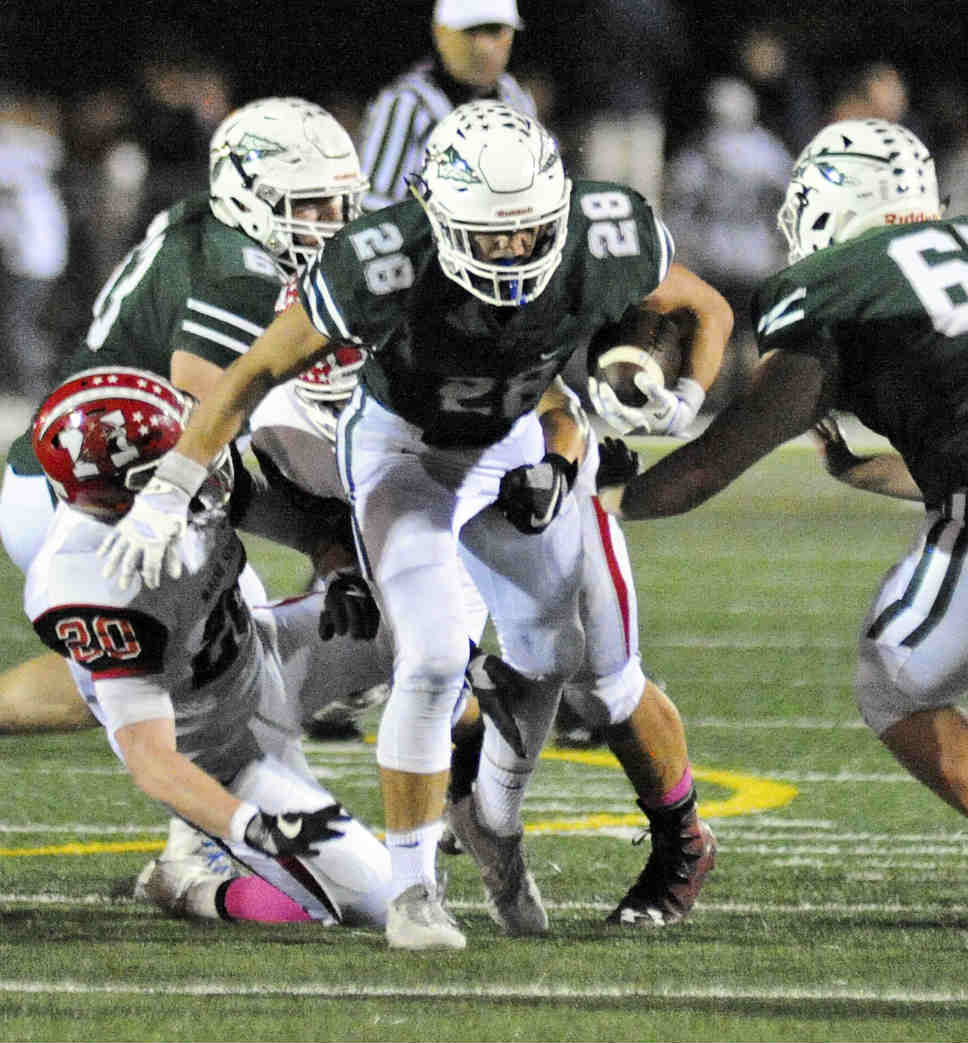 NT’s Brian Sitzer (No. 28) gains some yards during game against Maine South. PHOTOGRAPHY BY GEORGE PFOERTNER 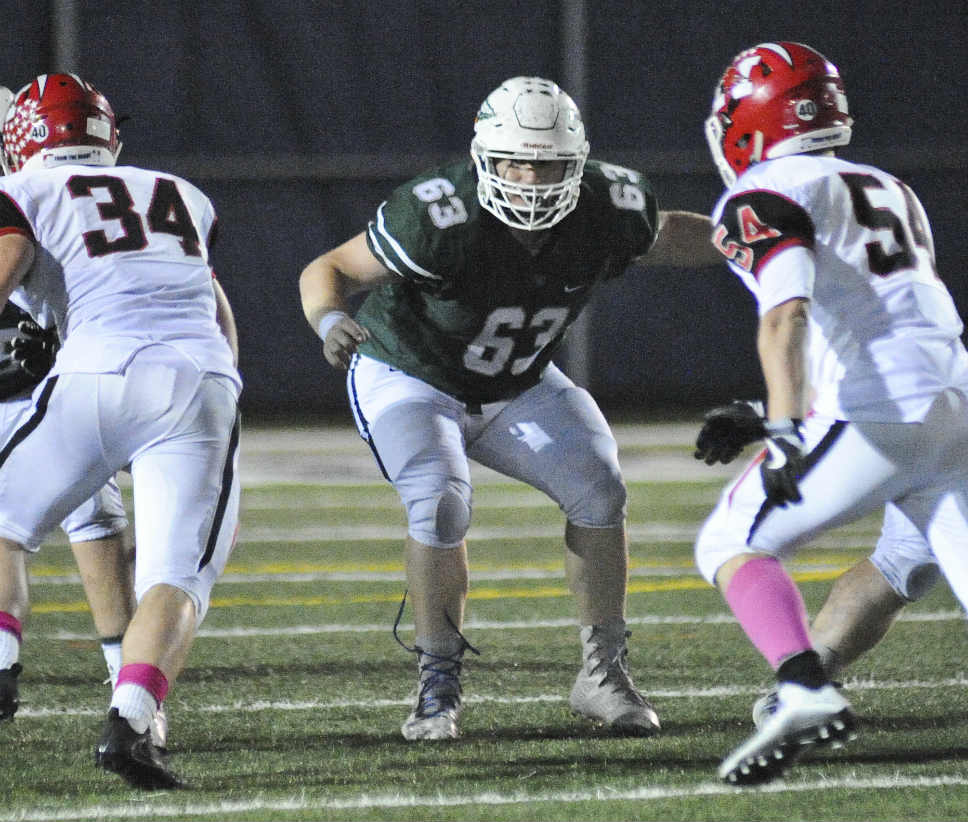