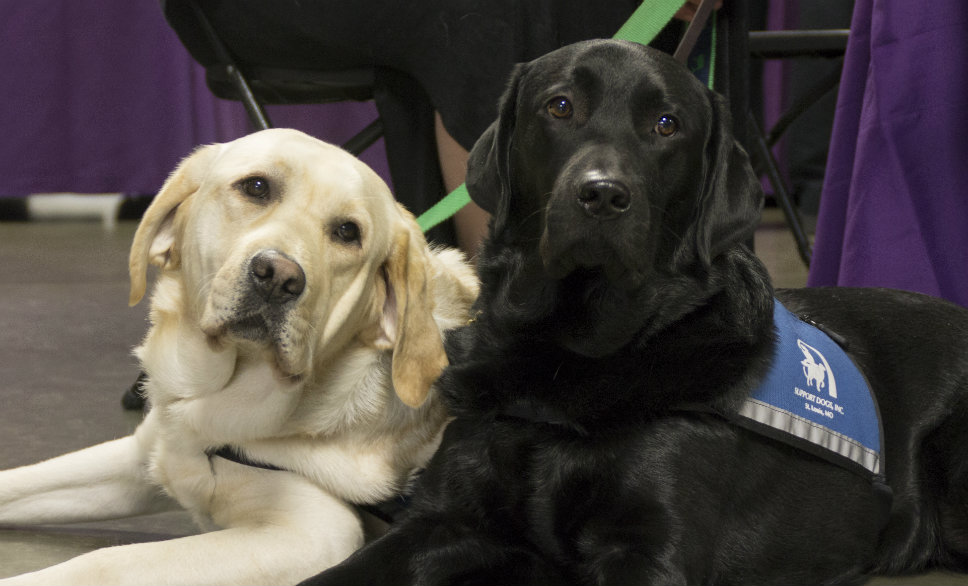 As Noah’s Rest founder Deana Noonan started educating people about the relationship between spousal abuse and pet care, those listening realized finding a home for a pet can help a victim find the courage to flee an abusive relationship.

One of those people educated was Lake Forest Alderman and Noah’s Rest board member Prue Beidler. She got to know Noonan when Noonan helped train Beidler’s dogs. As they walked the dogs together, they talked.

“People will stay in a home with an abusive relationship because they have no place for their pet,” said Beidler. “They are afraid the person who abused them will be abusive to the pet.”

Noah’s Rest will hold its third annual Cocktail Paw-ty from 5 to 8 p.m. Saturday, October 14 at Lake Shore Harley Davidson in Libertyville to raise money for pets who need a temporary home while abuse victims rebuild their lives.

Zion-resident Noonan, who is president of Noah’s Rest, said there are several shelters around Lake County and beyond for abused women to start rebuilding their lives. Many take children but they do not take pets. Noah’s Rest finds temporary shelter for the pets with the hope of reuniting pet and owner in a safe home.

Once the organization was up and running with its not-for-profit corporate status three years ago, Noonan said it has found temporary shelter for 23 pets—dogs, cats and birds—and only two have not been reunited. Those two were adopted by other families.

As she started the organization with her husband, George Noonan, Deana Noonan said she began working with shelters for victims of domestic abuse to let them know about Noah’s Rest. Once the organization brings a pet into its care, the first stop is with a veterinarian.

“They get a thorough examination,” said Deana Noonan. “They get any shots and care they need.”

After the vet, Deana Noonan said, the animals are placed in a pet-care facility to await reunion with their owner.

There is no cost to the pet owner. All the money for veterinary care and shelter is raised by Noah’s Rest.

Another person who became a believer in the mission of Noah’s Rest is Lake County State’s Attorney Mike Nerheim. He said the organization has become an important part of the process of getting people out of abusive situations to improve their lives.

“They help us,” Nerheim said. “I talk about it every chance I get to let people in the community know they exist.”

Along with cocktails, appetizers and music by the Suede Stout Trio, people attending the paw-ty will get to meet animal ambassadors from the Racine Zoo, according to Deana Noonan. She does not know which specific representatives will arrive.

“We’re just going to wait and see which animals were in the mood to go,” said Deana Noonan.

Some of the other ways the event will raise money is by taking guests’ pictures on a Harley Davidson motorcycle or participating in a cork pull, according to Deana Noonan. There will be between 20 and 30 wine corks in a container, each relating to a bottle of wine. People pay $20 per cork and get to pull it from the container. All wine is donated.