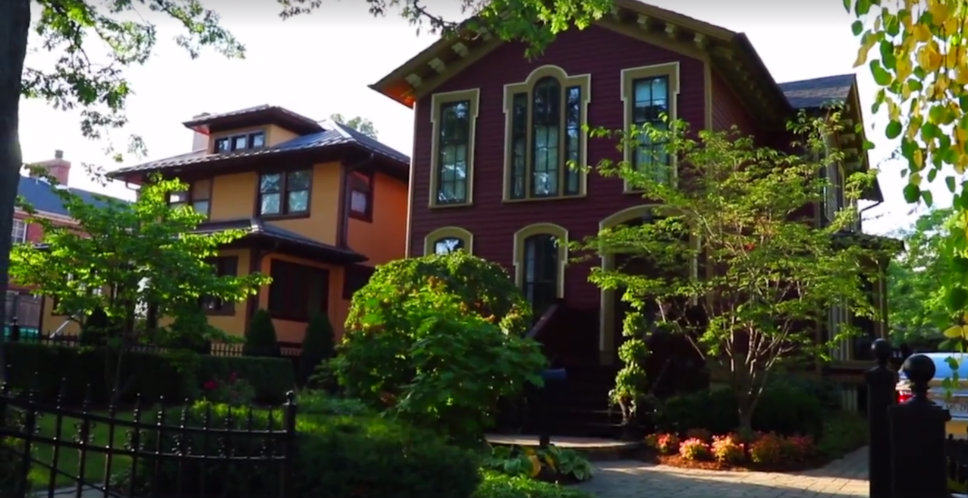 This Lake Forest home once housed the city’s first public school. It is the subject of one of the videos. Photo courtesy of Steve Douglass.

LAKE FOREST — A class of Lake Forest High School new media students took a dive into local history as part of a contest celebrating Illinois’ 200 years as a state. Of the 20 from LFHS who submitted 60-second videos, six have earned tickets to Hamilton.

Each of the winners receive two tickets to the matinee performance of Hamilton for December 3, the official start of the bicentennial celebration, according to the Illinois Bicentennial Commission website. The celebration, with multiple events, runs through December 3, 2018.

Though the contest started in July, students got started recently ahead of the October 15 deadline. That is when Lake Forest-Lake Bluff Historical Society Vice President David Forlow and Steve Douglass, new media teacher at the high school and a historical society board member, decided to get the students involved.

Along with the six winners, Douglass said, 14 more students have been named finalists and may also get Hamilton tickets. All of the videos are about events that took place in Lake Forest and Lake Bluff. Forlow went to Douglass’ class and to give the participants some ideas.

“It was great to see student faces light up as I told stories like that of runaway slave Samuel Dent, who fought for the Union Army and made Lake Forest his home,” said Forlow. Douglass said Lake Forest was a stopping-off point on the underground railway, which took runaway slaves from the South took to freedom.

Janice Hack, executive director of the historical society, said “It’s wonderful to see this generation take an interest in the history of the place they call home.”

Douglass is not only happy with the success of his students but the enthusiasm they have shown both for the project and local history. The participants include freshmen through seniors. Some are advanced and others are relatively new to moviemaking.

One of those movies by Quinn Daley and Harrison Hasselbring told Dent’s story. Dent joined the Union Army in 1862 to gain his freedom, came to Lake Forest after the Civil War and established a livery business.

Another video by Renee Ye and Daphne McGarvey was about how Lake Forest developed a reputation as one of the most progressive towns in the area after the Civil War. They told the story how the first public school Lake Forest established was integrated, teaching children of former slaves by day and the former slaves themselves at night.

Chick here to see their video.

Sarah Snodgrass won her tickets by making a video about Lind. Click here to see her video.

Kate Stephenson and Kelly Sheridan won by telling the story of a Lake Forest resident, Ginerva King, who became the inspiration for the Daisy Buchanan character in F. Scott Fitzgerald’s Great Gatsby.

Fitzgerald visited King at her home in Lake Forest and they eventually became romantically involved. She “broke his heart,” because their different stations in life kept their relationship from lasting.

Francesca Mancini and Wyatt Horvat told the story of a Lake Bluff resident who was a pioneer in the movie business after realizing vaudeville would be supplanted by motion pictures. The home still has a vaudeville stage.

Nick Wnuk made a movie about the establishment of Ft. Sheridan and the base’s legacy of service to the community. Click here to see his video.

With the completion of the minute-long videos, some of the students are now working on longer documentaries about local history. They will include interviews with historical society board members.

“These on camera interview are helping to preserve history,” said Forlow. “I’ve sat in on a few interviews and have heard some fascinating stories about Lake Forest in the 1930s.” 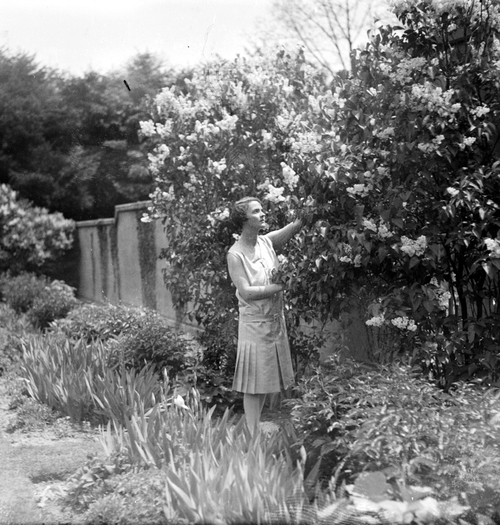 If this woman bears a resemblance to Daily Buchanan in F. Scott Fitzgerald’s Great Gatsby it is no mistake. The woman is Ginerva King, of Lake Forest, whome Fitzgerald modeled his character after. Photo courtesy of Steve Douglass and Lake Forest Lake Bluff Historical Society. 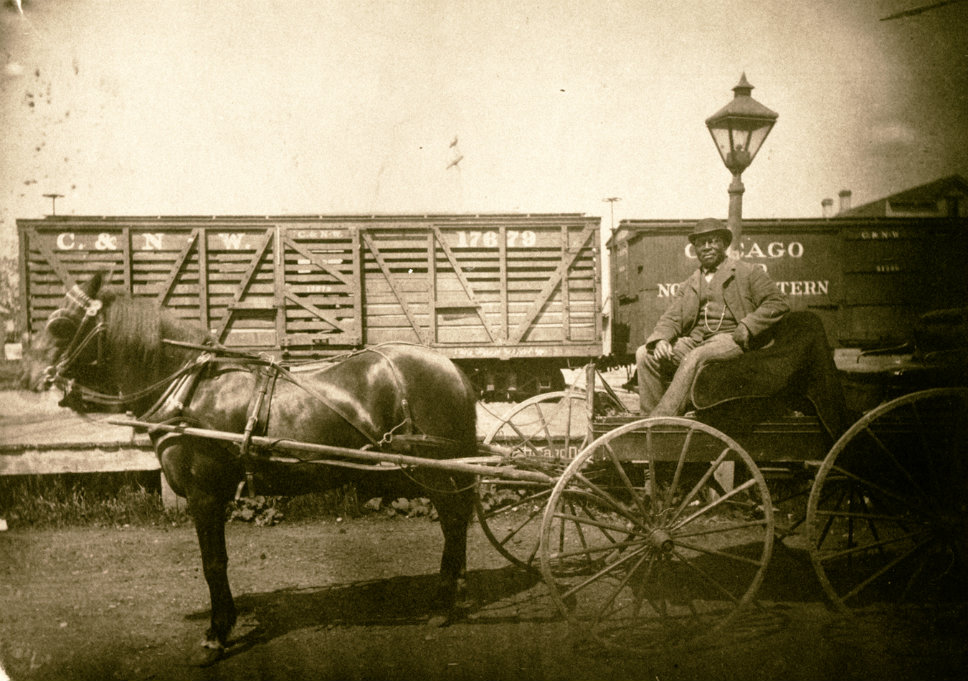 Samuel Dent was a freed slave who settled in Lake Forest and established a livery business after the Civil War. Photo courtesy of Steve Douglass and Lake Forest Lake Bluff Historical Society.