LAKE FOREST – Ed McCaskey of the Chicago Bears was diagnosed with Parkinson’s disease 11 years ago, but since then he has run in 13 marathons, and he boxes regularly. At 64, he has no intention of slowing down.

On Sunday, October 15, former Bears and other NFL players will step up for McCaskey and others with PD at the Parkinson’s Foundation’s Moving Day Chicago event. The two-mile walk will be held in Lincoln Park.

Parkinson’s disease (PD) is a disorder of the central nervous system that affects movement, often including tremors.

Though McCaskey, who lives in Lake Forest and serves on the Board of Directors for the Bears, said he’d like to participate in the “Chicago Bears Walk for Parkinson’s” team at Moving Day, he will be busy that day cheering on the Bears in Baltimore when they challenge the Ravens.

“The key points of the day are fundraising for the foundation — and equally important are awareness and friend making,” said McCaskey.

Former Bears linebacker Bruce Herron will serve as captain of the “Chicago Bears Walk for Parkinson’s” team. Herron is still recruiting former Bears players, while other retired NFL players have committed to walk on his team.

Some of the former players include:

McCaskey is the son of Virginia Halas McCaskey, the current owner/matriarch of the Bears, and the late Ed McCaskey Sr., former chairman of the Chicago Bears, who passed away in 2003.

The elder McCaskey was responsible for making Brian Piccolo and Gale Sayers the first interracial NFL roommates. This led to their fiercely loyal friendship, which was later immortalized in the film Brian’s Song, based on the book I Am Third written by Gale Sayers and Al Silverman, published in 1970 by Penguin Books.

The younger McCaskey explained that he was diagnosed with PD in 2006 after he noticed that his manual dexterity was off, particularly in his right hand where his handwriting was illegible, and his hand strength was declining.

Unfortunately, like many PD patients, McCaskey’s condition was originally misdiagnosed. The first neurologist thought he had carpal tunnel syndrome and recommended that he see a surgeon. After a quick evaluation, the surgeon told him that he did not have carpal tunnel syndrome and there was a possibility he had Parkinson’s. The next step was a visit with a neurologist who specialized in movement disorders. That physician made the diagnosis.

There is no blood test to determine PD. “It’s really more observation on the part of a trained movement disorder specialist,” said McCaskey.

Determined not to let PD deter him, McCaskey became proactive by joining the YMCA, where he attended group classes, as well as participating in extensive individual activities.

McCaskey moved to Lake Forest in 2015, and he became involved in the Northwestern Medicine Lake Forest Fitness Center, which offers nine programs for PD patients, including pedaling, pilates, yoga, and Rock Steady Boxing.

Rock Steady Boxing, which has programs teaching the fundamentals of boxing for those living with PD all over the world, joined the fitness center about two months ago.

McCaskey said he feels better after boxing and actively participating in other programs. “It’s a definite benefit that keeps you coming back.”

McCaskey strongly advocates long-distance running and the Rock Steady Boxing program while encouraging people to do what they like.

Research from the Parkinson’s Foundation’s Parkinson’s Outcomes Project has proven that 2.5 hours of exercise per week has a significant difference on the quality of life for those with PD. Regular physical activity is linked to improved mobility and less cognitive decline.

“Classes that are offered are oriented to the range of degrees of hindrance that people experience,” he said. “There’s something for everyone.

McCaskey is the only one in his family, where he is one of 11 siblings, who has PD. He described himself as “the lucky groundbreaker.”

“There’s some research indicating a strong likelihood of genetics being a factor, but a lot more research is underway to try to identify particular genetic elements that would come into play,” said McCaskey.

“It’s picking up a lot of momentum and attendance is increasing every month,” he said.

McCaskey said he’s active in promoting the benefits of exercise and encouraging people to sign up for classes. “Again, there is no cost and Northwestern is looking to add more classes as needed to grow the program,” he said.

McCaskey is excited that former Bears and other NFL players will participate in the Chicago Bears Walk for Parkinson’s team at Moving Day Chicago.

“It’s important to get the word out as far as resources that are available to folks with PD to help them feel a bit more secure about their circumstances and the fact that they can do something about it,” he said.

About Moving Day Chicago: The event will feature a beautiful walk course as well as a movement pavilion offering activities proven to help manage PD symptoms; a resource pavilion; children’s activities, and entertainment. Registration will open at 9 a.m on Sunday, October 15 in Lincoln Park. For more information, visit MovingDayChicago.org.

About Parkinson’s Disease: According to the Parkinson’s Disease Foundation, PD is a progressive neurological disorder that affects nearly one million people in the United States and ten million worldwide. Parkinson’s is the second most common neurodegenerative disease after Alzheimer’s and is the 14th leading cause of death in the U.S. 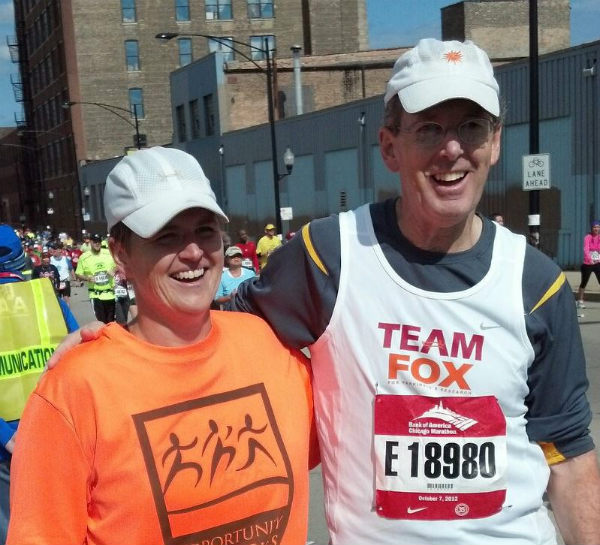 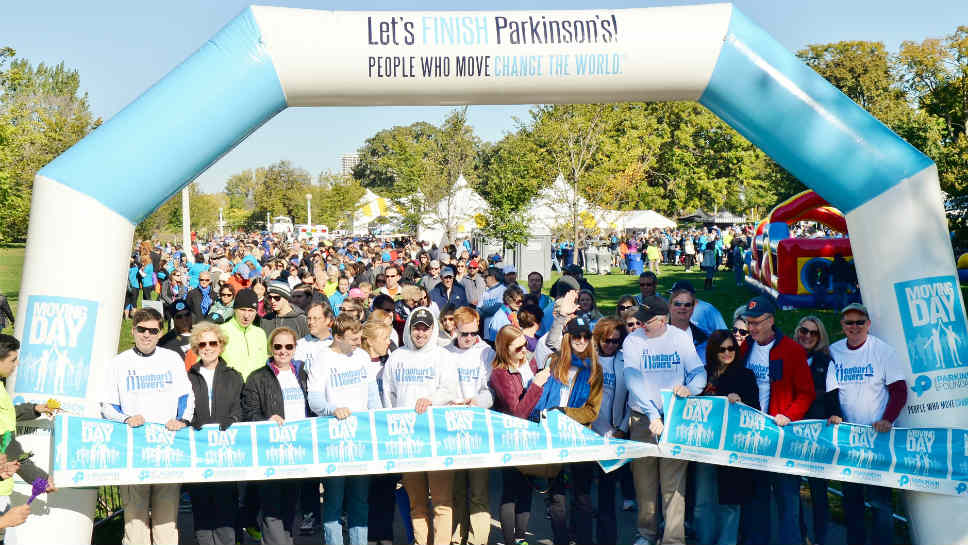