WHO: PAWS Chicago, the city’s largest No Kill humane organization, will bring the faces of Chicagoland’s homeless animals to the Highland Park community for a life-saving adoption event!

WHAT: The 3rd Annual Angels with Tails Highland Park, sponsored by Merrick Pet Care, is an opportunity to meet your new best friend and experience the joy a pet can bring to your life.

WHERE: Outdoors in front of Petco, home to the PAWS Chicago North Shore Adoption Center, and inside the center at 1616 Deerfield Road, Highland Park.

WHY: This live-saving event will feature dozens of adoptable dogs, cats, puppies and kittens from PAWS Chicago.

PAWS Chicago launched its inaugural Angels With Tails adoption evet in 1998 to help end the tragic euthanasia epidemic in the city of Chicago by showcasing the wonderful shelter animals in need of a loving home. Its goal is to both save lives through adoption and raise awareness around the issue of pet overpopulation and the needless killing of homeless animals.

In 2016, nearly 9,000 cats and dogs were killed in Chicago. By promoting adoption, fostering, and spay/neuter, PAWS Chicago is working to build a No Kill community where all healthy and treatable pets are given a second chance to find a loving home.

By rallying the community and generating more adoptions, PAWS is able to take in and save more dogs and cats from high-risk shelters. When you adopt a pet from a No Kill animal shelter or rescue organization, you are saving two lives–the pet you adopt and another pet who can take his place.

PAWS Chicago believes that homeless pets deserve loving families. It is on their behalf that we stand together to continue our work to build a No Kill community.

Visit the Angels With Tails website for more information. 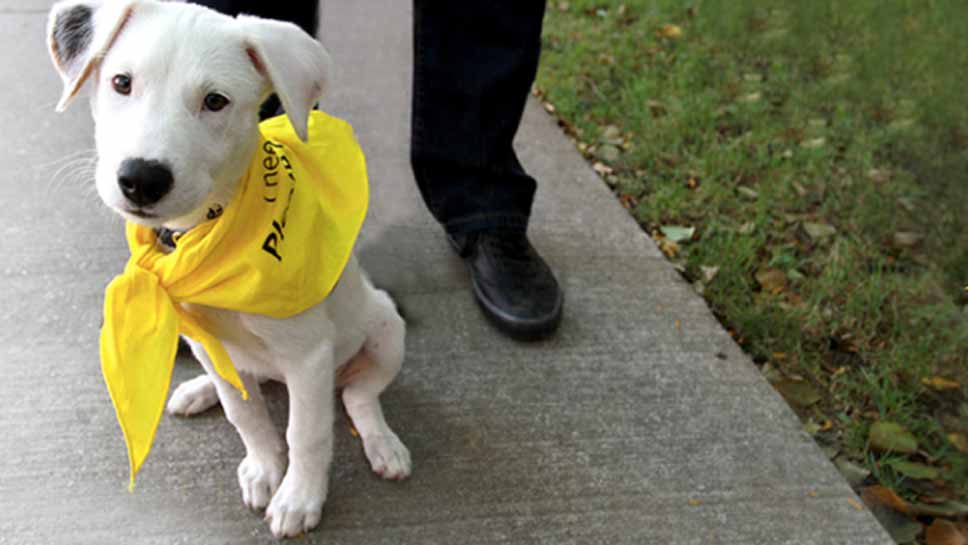 Submitted by PAWS CHICAGO
PAWS Chicago (Pets Are Worth Saving) is a national model in No Kill animal sheltering, committed to bringing an end to the killing of homeless cats and dogs. As Chicagoland’s largest No Kill shelter, and one of the largest in the nation, PAWS has helped to reduce the number of homeless pets killed in the city by more than 80 percent since its founding in 1997. In just 20 years, PAWS Chicago has grown from a grassroots organization to a national leader in the No Kill movement, guiding other communities in how to dramatically reduce the euthanasia of homeless cats and dogs.

In 2016, PAWS Chicago found homes for 5,125 dogs and cats through its Lincoln Park and Highland Park Adoption Centers and performed 17,236 spay and neuter surgeries through its Lurie Clinic and GusMobile Spay/Neuter Van. These two medical resources give PAWS Chicago the ability to provide subsidized spay/neuter surgeries, vaccinations and humane education to under-resourced families and neighborhoods that need the most help in controlling pet population.

Charity Navigator, the nation’s largest independent evaluator, has rated PAWS Chicago at its highest 4-star ranking for 15 consecutive years—an accomplishment that less than 1% of the charities in the nation have reached.