HIGHLAND PARK – Despite several residents’ objections and tears from an Elm Place student, the North Shore School District 112 Board of Education voted to close Elm Place Middle School and Lincoln Elementary School at the end of the 2017-18 school year.

What will the district do with the Elm Place and Lincoln buildings after they’ve closed?

Nicholas Glenn, director of communications for NSSD 112, told DailyNorthShore the board has not determined that yet, but it will be a topic of future discussion by the BOE.

Prior to the vote at the October 3 BOE meeting, there were eight schools in District 112, and soon there will be six. Green Bay Early Childhood Center also has been proposed for closure, which would take place at the end of the 2018-19 school year.

Board member Dan Jenks said closing Lincoln and Elm Place will help the district financially with millions of dollars in operating capital savings, and that putting a reconfiguration plan in place might help attract a new superintendent. But, he said,  the most important reason is education.

He said last year 10 percent of the staff (more than 50 people) left D-112. “Right sizing our district by closing schools next year will eliminate the uncertainty for our teachers about future layoffs,” he added.

Four additional changes will be implemented within the next two school years, including:

Jenks explained that the adoption of the Bridges K-5 math program requires 80 minutes per day for math, which can only be achieved in full-day-kindergarten. “Full-day-kindergarten makes sense from an educational, financial and property-value perspective,” he said.

Co-Interim Superintendent Ed Rafferty explained that the district is concerned about the lack of progress by Spanish speaking English learners.

“Dual-language programs are designed to help Spanish-speaking students learn English while maintaining their home language, and enables them to become bilingual, biliterate and bicultural,” he said. “The secondary outcome is that English speaking students who participate in the program are also provided with the same opportunities.”

Rafferty said several parents have spoken about segregation, which he and Co-Interim Superintendent Dr. Jane Westerhold find “both confusing and troubling.” He asked, “How can a classroom comprised of 50 percent English- and 50 percent Spanish- speaking students be thought of as segregated?  It’s more integrated than any of our other classes.”

Rafferty also asked, “How is having one or two section cohorts of dual language students spread between two schools with single strands less segregated and better for students for which the program was designed? I’m here to tell you it’s not.”

Rafferty added that several parents commented that keeping dual language at both Red Oak and Sherwood provides greater opportunities for monolingual students to learn about different cultures. More importantly, Rafferty believes the goal of the dual- language program should be to provide the students with the best education possible.

Board member Yumi Ross explained why she couldn’t support having the administration review plans to close Green Bay School at the end of 2018. “Our youngest students, many with special needs, deserve a great amount of attention and the best moving plan possible. Green Bay parents do not contact the board as often as other parents do, but that shouldn’t mean that we pay any less attention,” she added.

The board voted to review plans to close Green Bay Early Childhood Center at the end of the 2018-19 school year.

Earlier in the meeting, board member Bennett Lasko said, “All of the decisions before us tonight are steps along the way to improving the quality of education in very significant and measurable ways that we are going to see in the next couple of years.” He added that though some people are going to be unhappy, everyone is in agreement that it’s important to support the children through this transition. 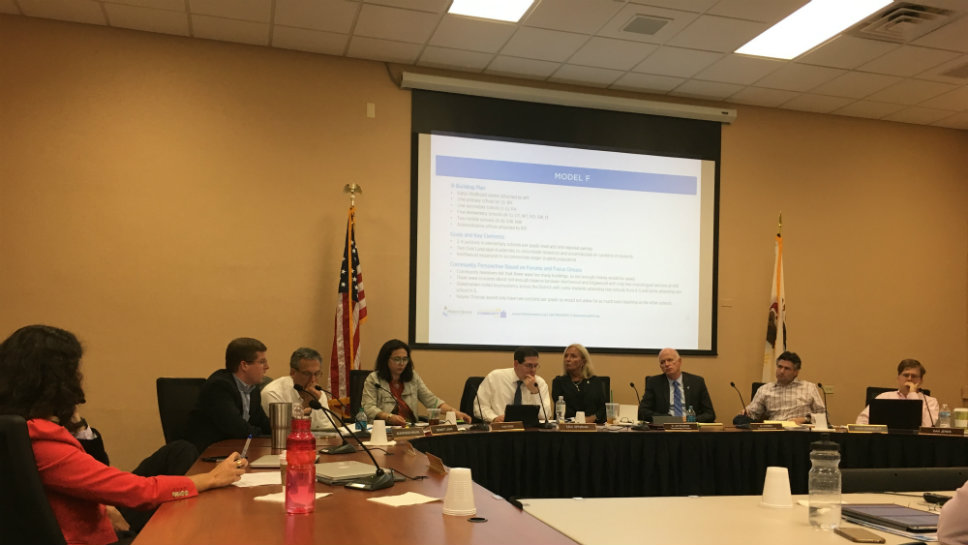